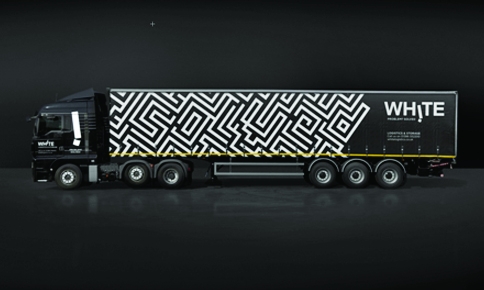 Appointed in November 2010, The Allotment was put forward by Designing Demand, a Design Council-backed initiative alongside other recommended consultancies.

After clarifying the company’s values and finding a ‘can do attitude’, The Allotment managing director Paul Middlebrook says he looked to show the word ‘problems’ followed by a graphic question mark and solutions represented by an exclamation mark – a birds-eye view of a lorry.

The word White makes up the new identity, again using a lorry image as a typographic device.

‘We also wanted to convey that it is a brand on the move,’ he adds.

Full liveries have been designed for the trucks and on the back puzzles have been created, with the answers found online.

A website is being designed which launches next week, along with print collateral and truck liveries which are being rolled out now.

‘We wanted to start to engage the public and create a community in the same way that Eddie Stobart does,’ says Middlebrook.