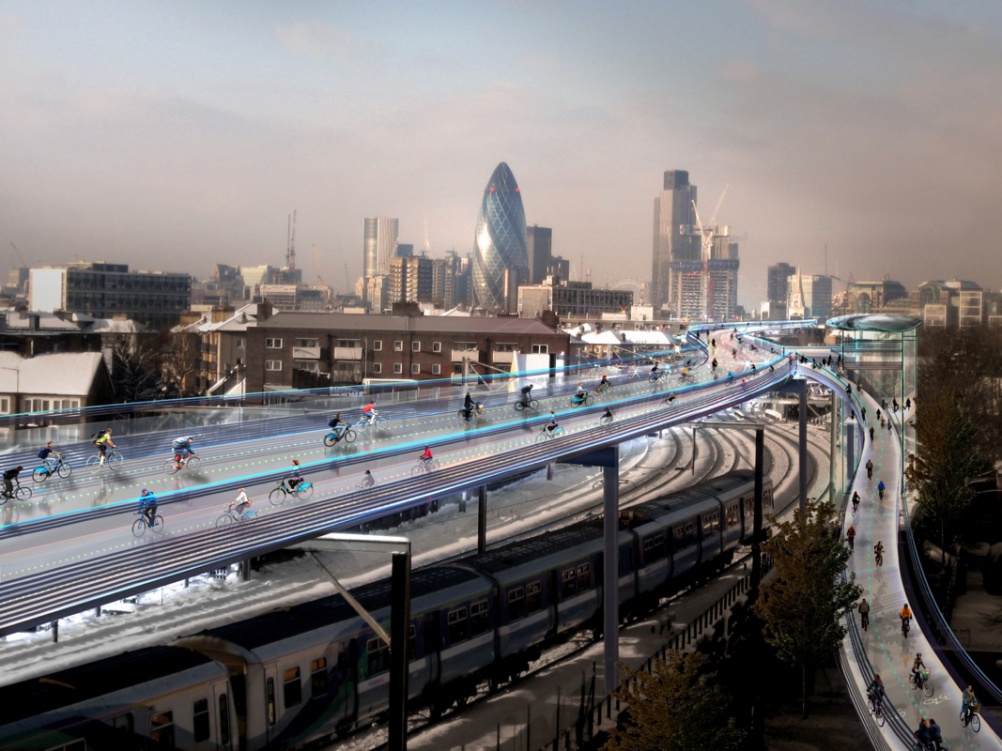 Riding in the sky

Architects Exterior and Foster + Partners and research consultancy Space Syntax have created proposals for a “SkyCycle” network in London. The scheme would see cyclists riding on raised decks alongside existing suburban railway networks.

The design team says the concept would provide more than 220km of safe, car-free cycle routes that could be accessed at more than 200 entry points. Each route could accommodate 12,000 cyclists per hour and would improve journey times by up to 29 minutes, according to the designers.

The SkyCycle team say they have presented the concept to the Greater London Authority, Transport for London and Network Rail, and that the proposal has potential applications in cities around the world. 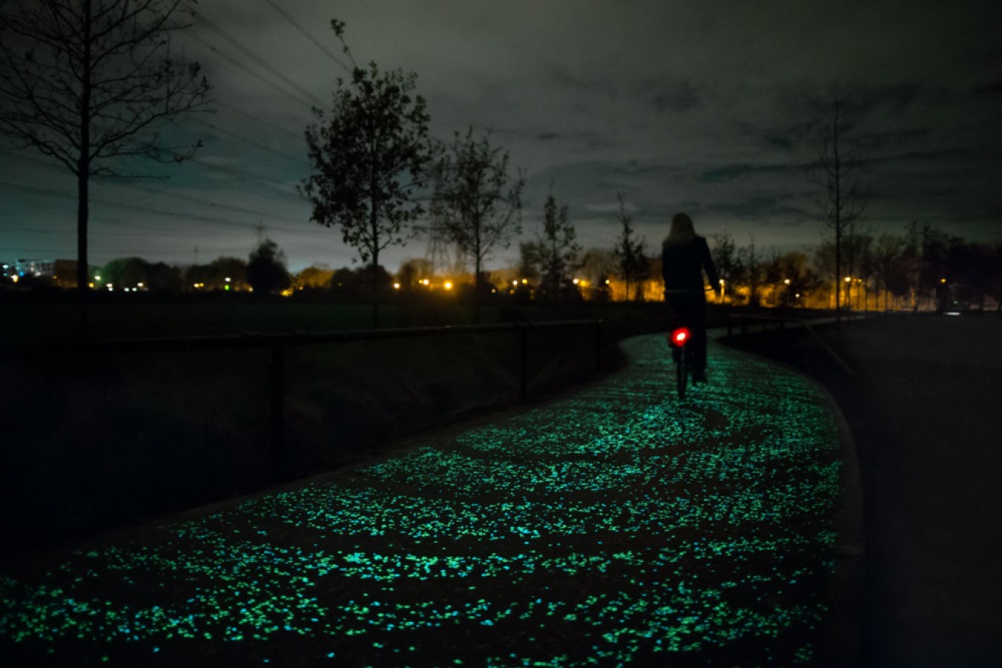 Featuring in the Design Museum’s exhibition is Studio Roosegaarde’s glow-in-the-dark cyclepath, which opened in Eindhoven, The Netherlands, last year.

The Van Gogh-Roosegaarde Cycle Path is made from thousands of glow-in-the-dark stones inspired by Vincent Van Gogh’s Starry Night. It was developed with Heijmans Infrastructure and uses a series of designs developed as part of Studio Roosegaarde’s Smart Highways concept.

The path charges in the day-time, and glows at night for eight hours. Studio Roosegaarde says the concept will be rolled out internationally.

Spray as you go

Volvo Lifepaint is a reflective spray that cyclists can apply to their clothing or bikes to increase visibility at night.

The product was launched by advertising agency Grey, which worked with Swedish reflective spray brand Albedo 100.

When it initially launched in March, Lifepaint was only given a limited release, leading to accusations that the product was a marketing stunt. Last month however, Lifepaint was rolled out to Volvo dealerships internationally.

A number of designers and manufacturers are experimenting with unusual materials such as wood or bamboo in a bid to create more sustainable bikes.

Israeli designer Izhar Gafni has created a bicycle made entirely from cardboard – which features in the Design Museum exhibition. The bike is made from card that is folded origami-style before being made waterproof and fireproof.

Although the bike has yet to come to market, prototypes have been built and Gafni’s company Cardboard Technologies says it is working on designs for cardboard wheelchairs, shopping trolleys and other applications. 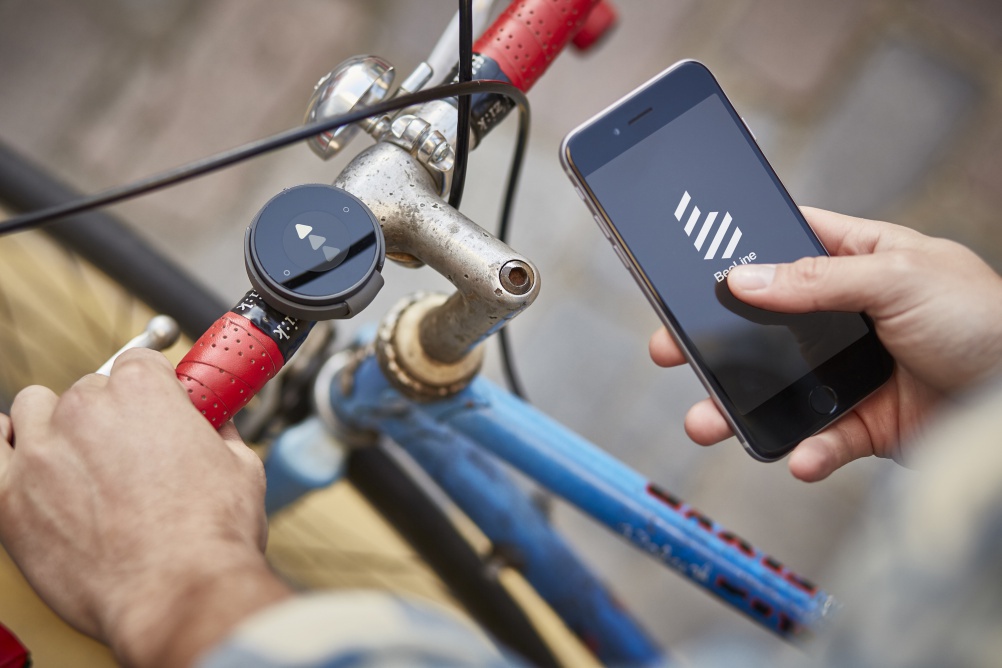 Consultancy Map has worked with start-up company BeeLine to create a simple navigation device for cyclists, which clips to the bike’s handlebars and works in tandem with their phone.

The BeeLine product shows the direction and distance to a cyclist’s destination, allowing for any deviation along the way. It connects with a rider’s phone via Bluetooth and the accompanying phone app allows for the destination and waypoints to be determined before the cyclist sets off.

BeeLine is currently being launched as a crowdfunded project and costs £40 per unit or £30 for early backers.

Redesigning the London house that was home to Handel and Hendrix