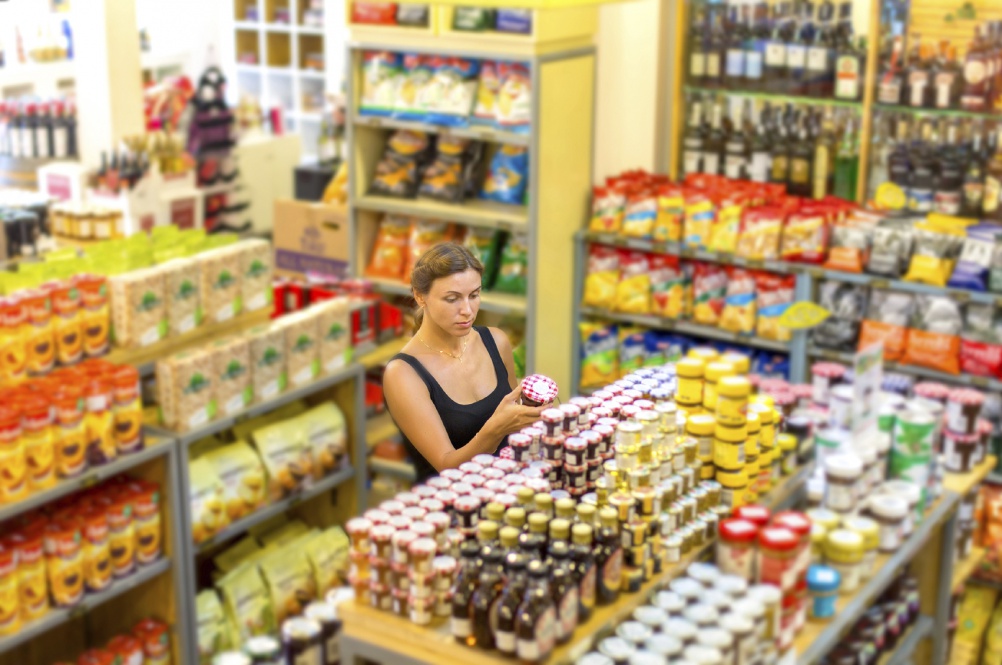 What is it that makes a logo of an apple with a bite out of it appealing? And how does a brown, fizzy drink stir connotations of nostalgia? Associating emotions with products is a driving force for a brand’s success – and this recognition is often achieved through the design and marketing.

But a pretty typeface and well-matched selection of colours won’t guarantee someone will pick a product up off the shelf  – to make a brand memorable, design consultancies need to learn exactly what it is about the brand that customers remember. That’s why consultancies are using consumer-based recognition techniques, combining the fields of science and design, to create branding with purpose.

How does brand recognition work?

Consultancy Visuality tests consumers’ recognition of brands both consciously and subconsciously with the aim of understanding how shoppers see and select products. It is has used this technique on work for brands such as Asda, Flake and Aunt Bessie’s.

Tony Nunan, chief executive of Visuality, says the aims of brand visibility can be broken down into three stages – increasing the chances of being “looked at, noticed, then understood”.

What causes customers to identify products are “a small number of visual cues” related to the brand or product category, he says – a concept he has coined “visual mnemonics”.

“A brand’s visual mnemonics are often linked to logos. However, this is not always true and it can be dangerous to make this assumption,” he says. “Recognition may be linked to colours, shapes, patterns or other details of brand packaging, which may not be obvious.”

A maximum of two or three identifying visual cues should be retained when a brand undergoes a redesign, Nunan adds, in order to keep the brand’s visibility.

“We learn to associate a brand or type of product with these cues,” Nunan says. “They then become lodged in the brain and easy to recognise subconsciously – hence, shoppers shopping on ‘autopilot’. If we don’t retain the cues, there is a very good chance that we will make that brand invisible for a period of time.”

Psychologist Dr Jane Prince says that the associations people form with brands are down to behavioural scripts – where people perform repetitive actions, such as picking up the same brand, as a result of forming an attachment to it.

She adds that brands that “conform” have a “high external meaningfulness” – they have branding that suggests quality and care for others. In the category of detergents, Ariel and Persil do this with its green and blue “natural countryside” colour schemes, she says.

Brands with a motivation for distinctiveness want to be unique and different, she says, and opt for more “garish” colour schemes and “aggressive slogans” – such as Vanish, or Cillit Bang.

A brand is “who you are”

Dr Prince adds that choosing brands is down to two cognitive systems of emotion (subconscious) and logic (conscious).

“People apply both, but motivation dominates over rationality,” she says. “People make a commitment to a brand, and there are emotions associated with that. Once you’ve been motivated to become part of a user group, that’s part of who you are – you are a person who likes Fairtrade coffee, or Coca-Cola.”

Also influencing people’s subconscious buying decisions is physical placement in a shop, Dr Prince says: “Manufacturers pay more to have their products on a shelf at eye and shoulder-height.”

She adds that shelf placement can alter a consumer’s connotations with a brand: “If a brand wants to drag themselves upmarket, they might be prepared to sacrifice sales for a few months by moving the product closer to products they want to be compared to – such as placing low-end wines closer to expensive ones.”

How are consultancies using brand recognition? 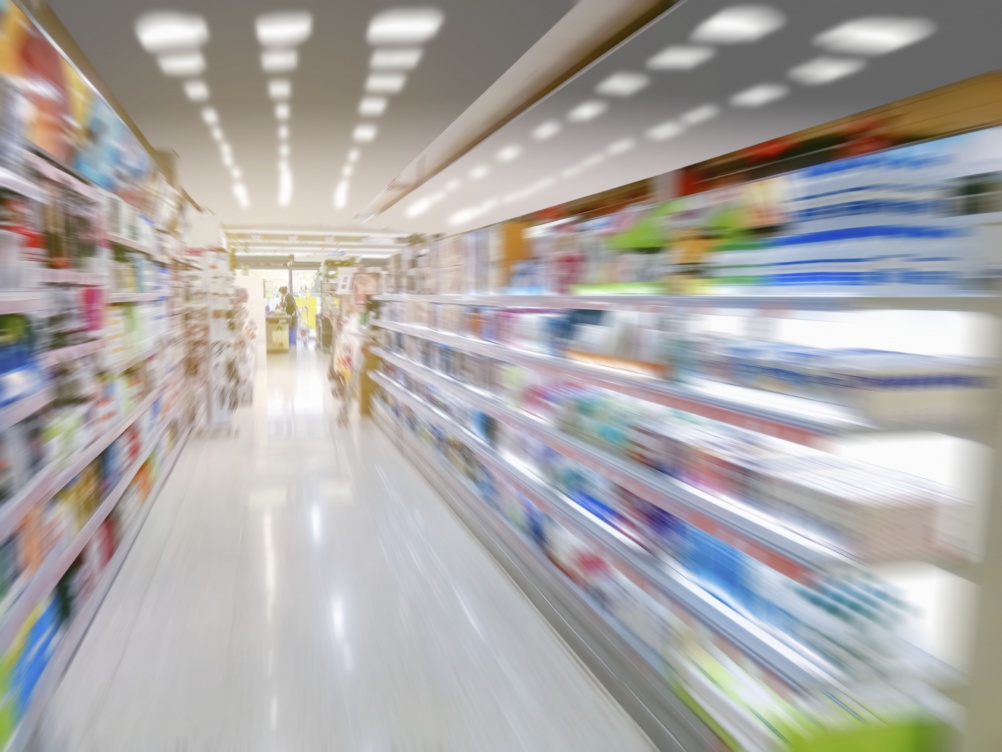 Visuality uses two different forms of eye-tracking to assess how well consumers are “looking at, noticing and understanding” brands – in-store and in the laboratory.

The first kind involves respondents wearing special goggles that capture video as they walk through a store. “As consumers go through the customer journey, we can track exactly what points of packaging they are looking at,” Nunan says.

The second method is desk-based and involves a colour monitor with eye-tracking widgets. A “stimulus” – normally a piece of packaging – is placed on the screen, and data can be gathered again.

“It begins to give us some quite genuine and scientific information about whether or not people are looking in the right places,” Nunan says.

Lee Rolston, strategy director at JKR, deals with brand assessment before passing findings on to the designers. “Eye-tracking helps you identity what to focus on,” he says. “It takes away what people think they see, and shows what they are actually attracted to.”

The eye-tracking data is then used to generate interview questions to delve deeper into the shopper’s psyche – but the questions aren’t as overt as simply asking whether somebody likes a design. Ben Osborne, director of insights at Siegel and Gale, says the consultancy uses “implicit response testing” techniques – discreet ways of assessing emotions towards a brand through factors such as “speed of spot” and word association.

Osborne says he will put words up on a screen alongside a variation of logos at a faster and faster pace, asking respondents whether they agree or disagree with the association. “We look at the answers but we also look at the length of time needed to make a decision,” he says. “The easier the decision is to make, the more subconscious, and the more accepted an association it is.” He also recommends testing in monochrome, rather than colour. “We recommend neutralising colour when testing,” he says. “A logo should have power beyond it.”

JKR’s Rolston agrees that techniques used should aim to “overcome rational feelings”. “If you put something up on a screen, and it takes somebody three seconds to spot it, it’s not very successful,” he says.

Nunan at Visuality adds that questions need to be “open-ended”, using the consultancy’s work with Lucozade Sport as an example. “We’d put an image up for a second and ask, ‘Are you aware of seeing any soft drinks?’” he says. “Then we’d ask ‘Can you tell us what it was you think you saw?’ It’s a way of trying to find out the level of impact or understanding.”

Siegel and Gale uses strategic tools such as Pinpoint and Eyeopener, which aim to reveal the “compelling truth of the brand” and its “credibility” says Osborne, through analysis of the data gathered. The consultancy also uses a tool called SimplicityLab to determine how a brand can improve visibility and increase loyalty through simplifying its touchpoints. “Simplicity is our core philosophy for everything we do,” says Osborne. The creative team will then “bring the findings to life”.

How do results inform design? 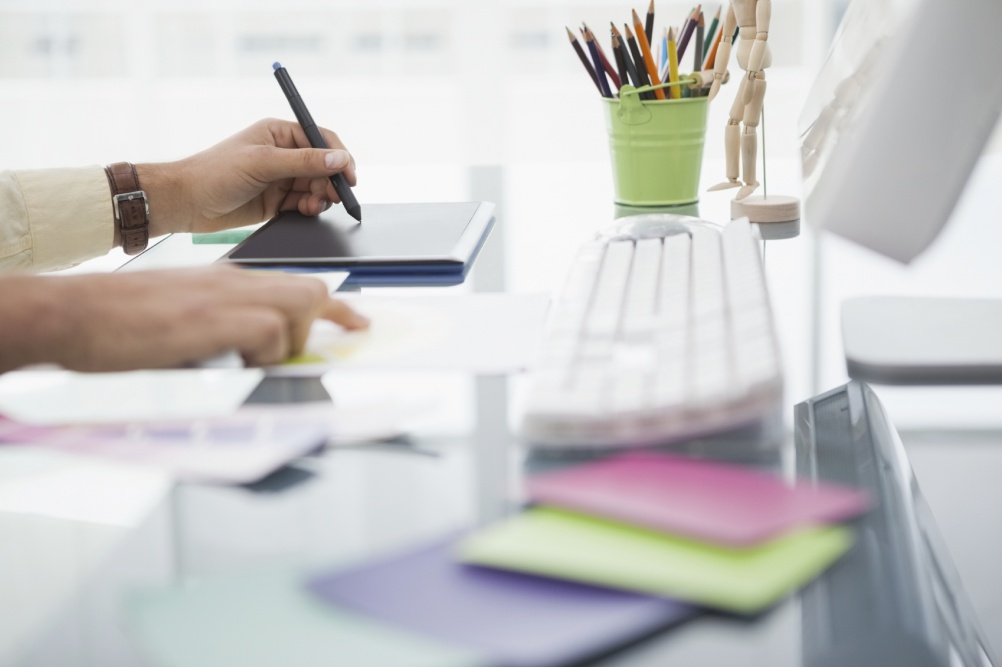 While research can reveal a brand’s packaging “hot spots”, and its core memorable visual cues, researchers are adamant that it shouldn’t hinder the design.

“Our philosophy is to create a design palette that our designers can be creative with – not a set of hard and fast instructions,” says Visuality’s Nunan. “It’s up to them to work within that discipline to create an image that is unique, striking and on-message.”

JKR’s Rolston agrees that it’s important not to let scientific results dominate design. “We don’t use evaluative tools to create the design – we use them to test it,” he says. He adds that there are also “cultural and emotional codes to be aware of”, such as the various meanings of certain symbols and colours.

Rolston adds that less is more with eye-tracking and that it should be used within reason. “There is a human tendency to fill white space with noise,” he says. “Sometimes you have a brief that wants to convey four different things and this gives you ammunition to fill spaces with more stuff,” he says.

“If you’ve got a great, single hotspot, don’t put anything else there. It’s important to enable the creative design process, rather than be driven by the tool.” 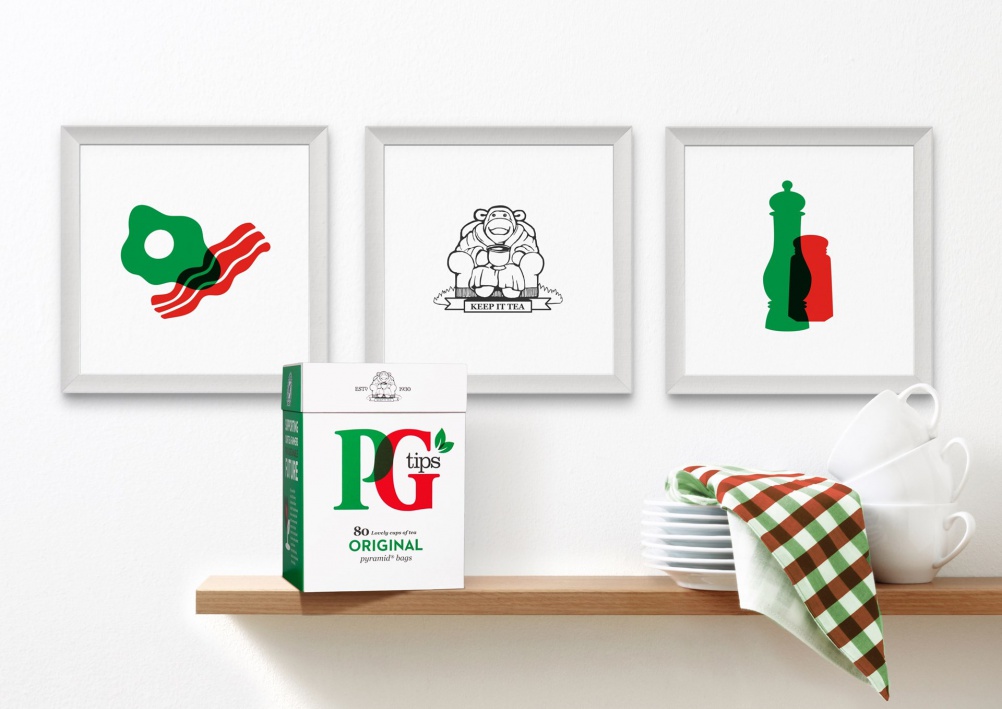 JKR’s recent rebrand work for PG Tips represents Rolston’s idea of “less is more”. The consultancy removed the background imagery from the packaging, and replaced it with a simplified version of the recognisable red and green logo against a white background. “It was a very bold, single-minded piece of design,” Rolston says. “In testing, we saw how prominently the brand logo stood out. The shelf stand-out is now significantly higher than the old pack and it has given the brand icon room to breathe.” 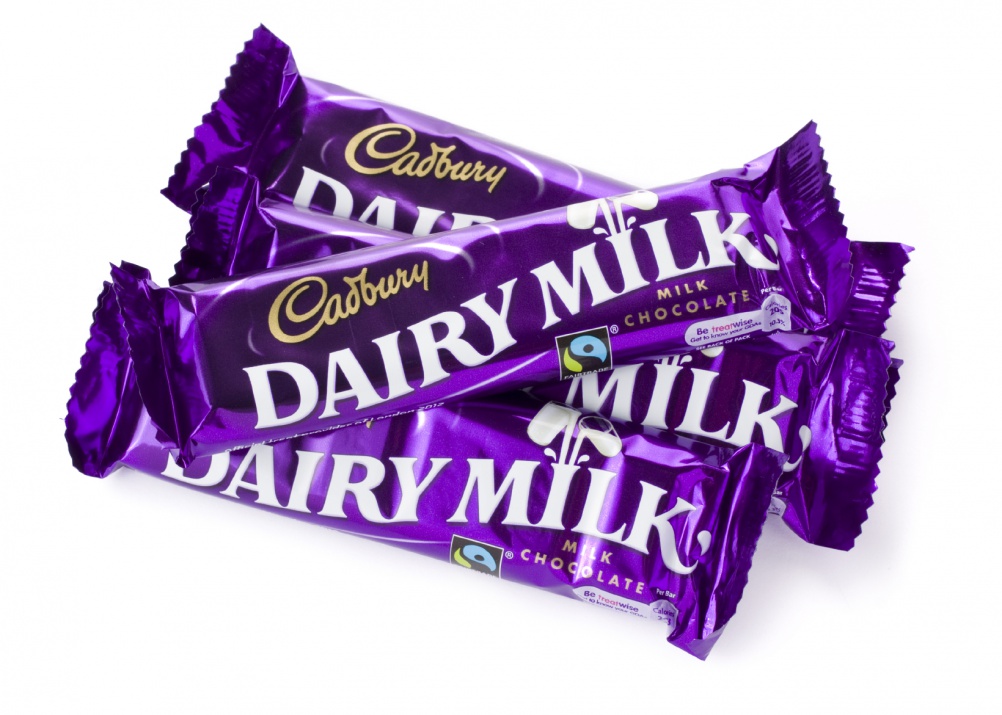 Nunan says that even as Cadbury’s logo has evolved over the years, its distinctive purple colour has been retained, enabling the brand to “extend into all confectionery categories and occasions – even into savoury spreads via co-branding exercises with Philadelphia”. 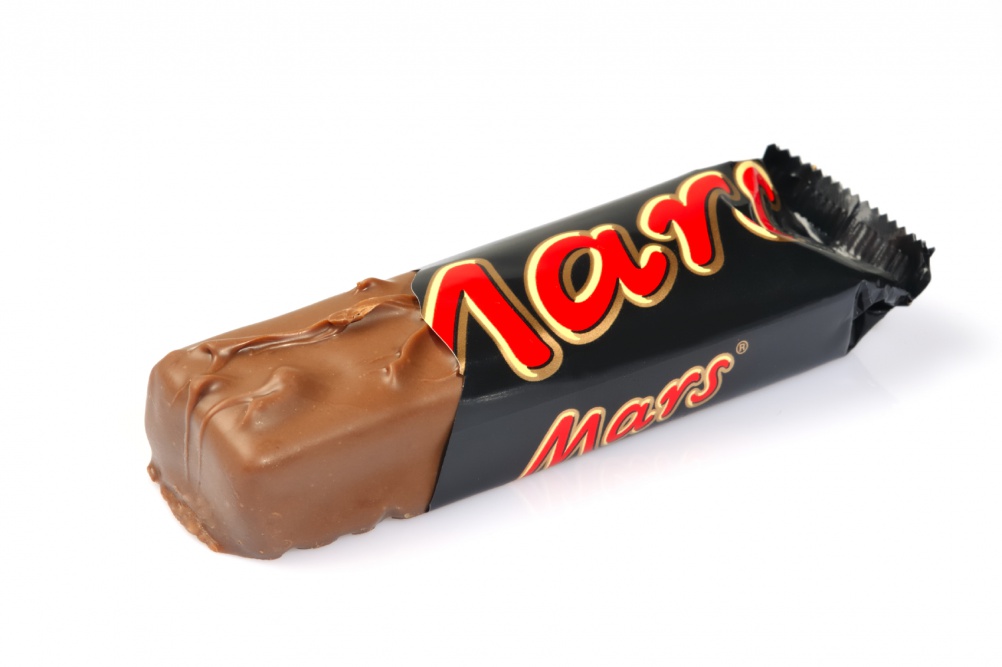 Nunan says the combination of Mars’ typeface and colour has given it marketing potential. “The strength and recognisability of the Mars logo has allowed it to replace the Mars name with entirely new messages, without any evidence of resulting confusion,” he says. 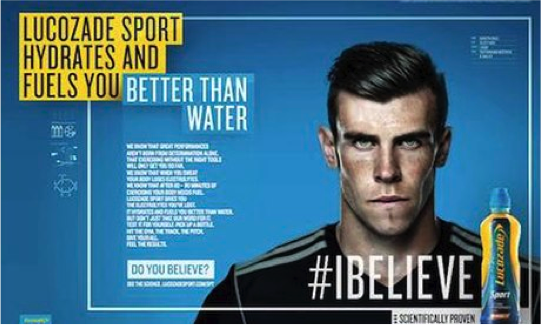 Visuality worked on a campaign for Lucozade starring footballer Gareth Bale. After using eye-tracking the consultancy opted for a head and shoulders shot, rather than one of him playing the game. Although the full-body shot received more positive considered responses from consumers, the head and shoulders shot was more successful subconsciously, and commercially.

“We can’t help but look at eyes, or a face, so it’s no wonder that the head and shoulders version produced a more striking, visual campaign,” says Nunan. “Concepts like brand mnemonics do not remove the need for designers to be creative, but they do help us optimise execution – a great design isn’t great if no one sees it.”

Louise Fili on a life in food and design