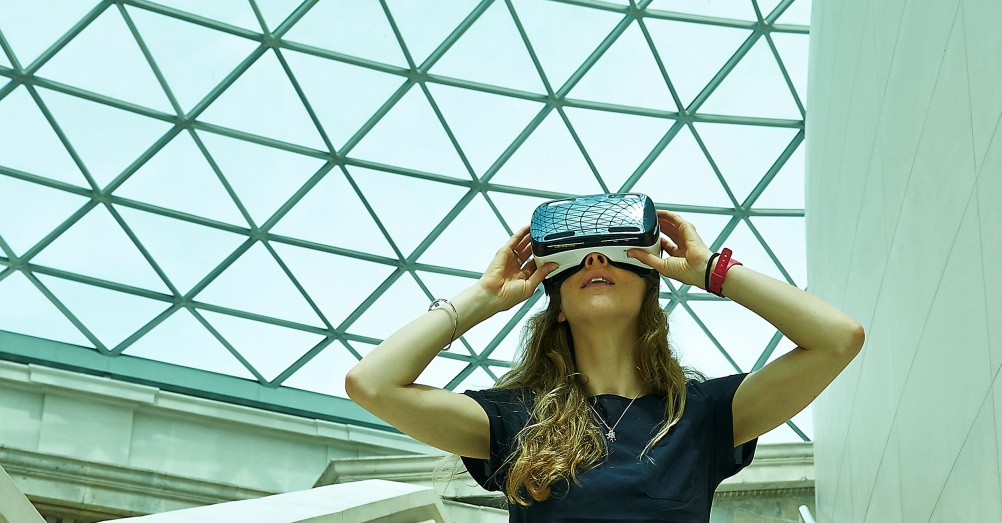 The British Museum is set to use virtual reality headsets to take visitors back to an immersive Bronze Age world.

The museum is working with Samsung and visualisation studio Soluis Heritage on the Virtual Reality Weekend project, which recreates a Bronze Age settlement using objects in the British Museum’s collection.

Soluis has worked with British Museum curator Dr Neil Wilkin to design a Bronze Age roundhouse, which visitors will be able to step inside.

The roundhouse will feature 3D scans of objects from the museum’s Bronze Age collection, which will be placed in their original setting.

Objects including a Bronze Age dirk and two interlinked gold bracelets discovered in Gloucestershire have been 3D scanned as part of the museum’s Micropasts project.

They are placed in an immersive environment, which will also feature variations in light – the museum says this will explore a growing research area that suggests a ritual context to houses being aligned with the sun.

Visitors will be able to explore the virual world during the museum’s Virtual Reality Weekend, on 8-9 August.

Samsung Gear VR headsets will be made available to people aged over 13, and people will also be able to use Samsung Galaxy tablets. In addition, an immersive “fulldome” will be created – which visitors will be able to step inside to explore the virual reality world.

British Museum head of digital and publishing Chris Michaels says: “The British Museum is constantly looking for new opportunities to innovate in the digital space.

“[This project] gives us the chance to create an amazing new context for objects in our collection, exploring new interpretations for our Bronze Age objects.