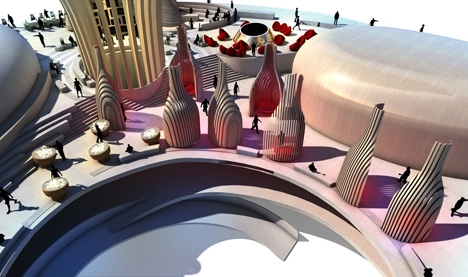 The consultancy, which is working with French architect X-Tu on the centre, is developing designs based on the tourbillon or action of swirling wine.

The exhibition design features a giant replica wine crate, submerged into the floor, and giant wooden ‘wine bottles’ which visitors will be able to walk into.

Other features include modular units shaped like yeast cultures, which will contain objects to touch and smell, and an interactive ‘banquet’, where visitors will be able to talk to wine-loving diners including Napoleon and Winston Churchill about their favourite tipples.

Casson Mann was approached by X-Tu to join them in the competition for the centre, which was organised by Ville de Bordeaux and the Wine Culture and Tourism Centre Association. 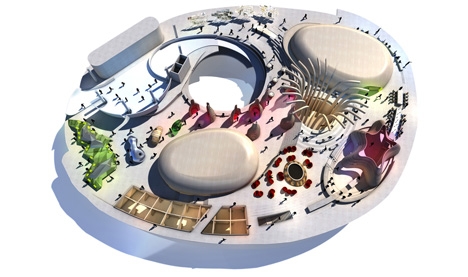 The team saw off 112 longlisted groups, including Toyo Ito & Associates and Ralph Applebaum Associates, to win the project.

Roger Mann, co-director of Casson Mann, says, ‘This is a fantastic opportunity, working with the architects, to make the installation and the building a seamless experience.’

Within the 10 000m2 building, curved paths will guide the expected 400 000 visitors a year around the exhibition. There will also be a hologram cinema, interactive devices, film, sound, aromas and animations.

Interactive screens will allow visitors to have one-on-one sessions with wine experts while ‘magic binoculars’ on the roof will conjure up views not only of the surrounding vinyards but also vineyards 5000km away in the New World.