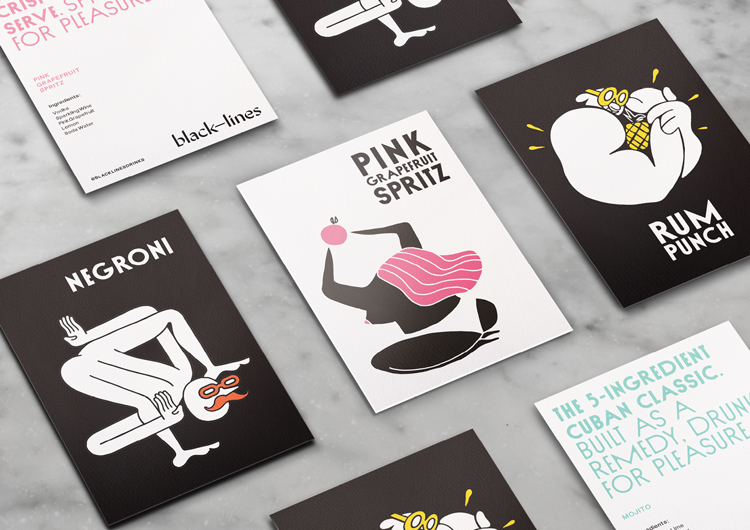 Black Lines wants it to be as easy to serve a Negroni as it is a pint of lager. The drinks company is seeking to revolutionise the bar experience by serving cocktails by draught with a changing menu of drinks (as well as same favourite stand-bys). A pink grapefruit spritz was served through the summer while a new pear and white tea fizz joins the line-up for winter.

The company was previously known as Hingston + Co. but has been given a complete rebrand — including a new logo, tap badges, website and branded material — by London-based design studio & Smith. The new identity is based on the Kandinsky abstract painting, Black Lines, and true to its name, is mostly black and white with a few flashes of colour. According to & Smith, the identity brings together “art and science” and has been brought to life through collaborations with nine illustrators.

Song map of the UK, by Dorothy 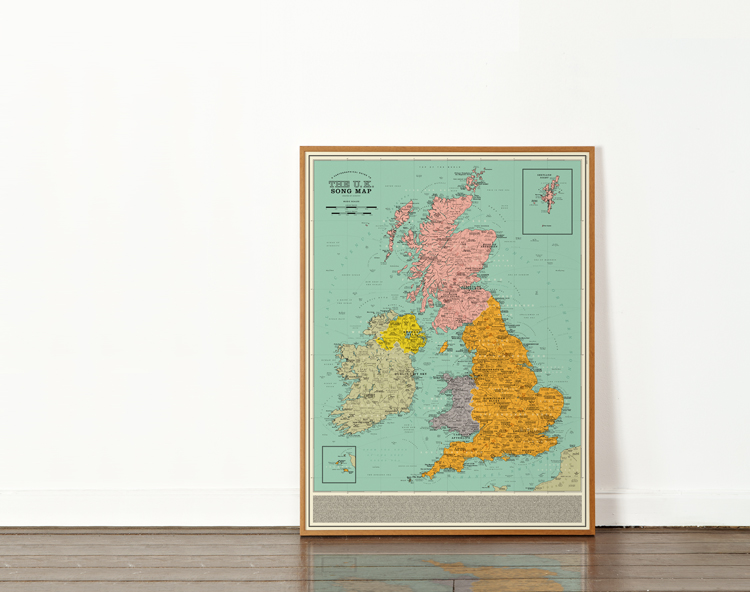 How do you map out a country? By county, city, political leaning? Liverpool-based Dorothy decided to do it by song — 1400 of them to be exact. The Clash’s London Calling makes an appearance in the capital, while Cardiff In The Sun by Super Furry Animals stands in Wales. The UK’s physical features have also been highlighted in song, like the North Sea by Adele’s Rolling in the Deep, Oasis’ Wonderwall for Hadrian’s Wall and James Blake’s Mile High for Ben Nevis. Some songs might take a little longer to untangle: No Cars Go by Arcade Fire is used for the Isle of Sark, which will only make sense if you know that the royal fief — which forms part of the Channel Islands — has banned all cars on its roads.

The map, which took nine months to research and design, has a vintage illustrative look. At its base is an A-Z key with all the songs featured. It’s available to buy as a print, and there’s also an accompanying Spotify playlist for the map, with 83 hours’ worth of listening. 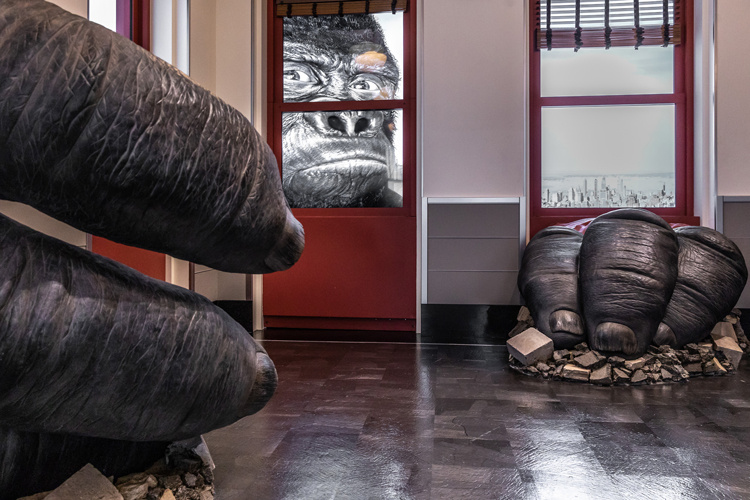 Once New York’s tallest building, the Empire State Building is now host to an immersive digital exhibition — the final part of a four-year refurbishment for the 102-floor building. On entering the building, visitors are taken back to the 1930s and follow the construction of the landmark through live-action footage and digital animation. Later on (and higher up), the building’s most famous visitor, King Kong, comes alive through virtual reality and character animation. Social media is a target of the new exhibition: you can take a selfie in the gorilla’s hand as he roars.

Squint/Opera, a digital studio based in London and New York, created the digital exhibit, which involved a crew of 100 people in an effort to recreate Lewis Hine’s well-known photography of the building’s construction. The studio’s director, Callum Cooper, says the “ambitious” project involved a careful consideration of immersive contents right down to which logos to use for washroom doors. He says that the project aims to be “timeless for many years to come”. 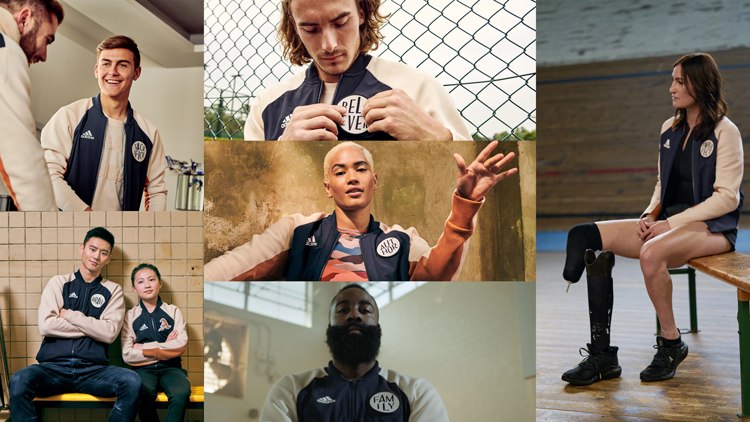 Adidas has launched a varsity range, based on traditional collegiate jackets from American universities. What’s not traditional about the new range is its “adaptive” font, designed by Milan-based Fabio November Studio. The graphic font had to be able to fit the rounded shape of the jacket patches. Each jacket has a customisable badge, which is a “canvas of self-expression and individuality”, according to the studio. The jacket launch was promoted by a variety of sporting stars — each with a customised emblem — like basketball player James Harden (whose badge says ‘Family’), dancer Mette Towley (‘Author’) and swimmer Ning Zetao (‘Brave’).

UCL’s new campus opens in east London in 2022, as part of the East Bank project (which also has new sites from the BBC, V&A and Smithsonian Institute). London-based Jack Renwick studio has created a positioning for the university’s latest branch, based on the tagline: ‘The home of brave thinkers’.

The campaign takes inspiration from stories of UCL’s “disruptive” history such as climate change, plastic pollution and driverless vehicles. Interlocking images are positioned next to copy with imperative taglines for each image such as ‘Develop robotics that help everyone’. So far it has rolled out on the site’s hoardings, and it will soon be displayed across digital platforms as well as social media channels. A film will be played on screens surrounded the London Stadium, situated in the Queen Elizabeth Olympic Park.