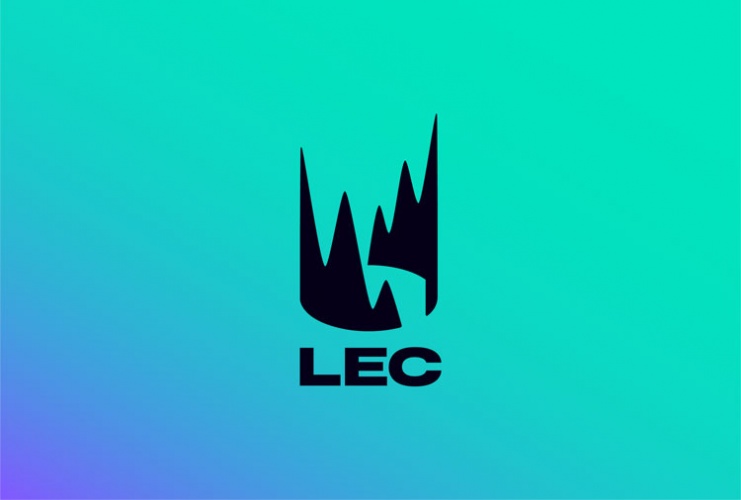 DesignStudio has worked with Riot Games to create new branding for the European League of Legends Championship, a huge esports tournament taking place across the continent.

Esports, professional video gaming contests where players compete against each other on a large scale, have been growing in popularity in recent years.

These virtual battles often take place in arena-style settings with commentators and spectators worldwide, many of whom live stream events.

Among the best-known is League of Legends, a multiplayer battle arena-style game created by Riot Games. 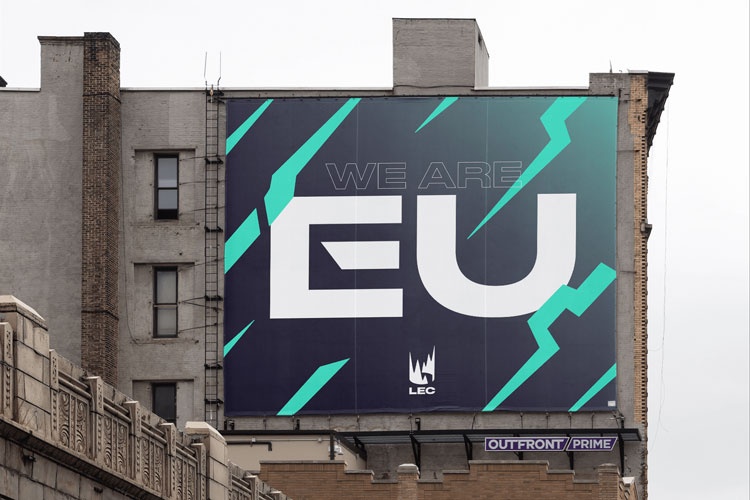 Tournaments take place in Europe, the United States and elsewhere around the world, culminating in a World Championship, which is watched by millions of people.

Viewing figures of the European event are on the rise according to Riot Games, which says there was a 25% year-on-year increase of unique viewers this spring.

Riot Games, which broadcasts the contest, has worked with DesignStudio to create a new identity for the European League of Legends Championship, that aims to make it distinct from the American contest, as well as from other sports. 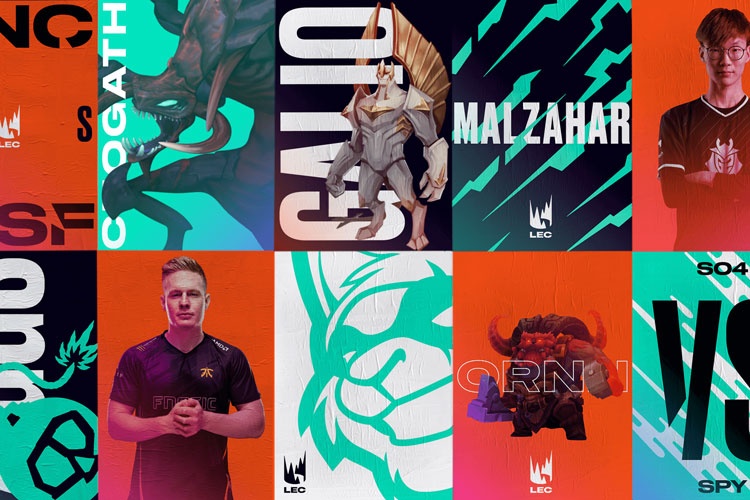 Joe Pecchia, head of brand at Riot, says: “The EU LCS was born alongside its North American counterpart the NA LCS in 2013, where we shared not only the naming convention but also the visual identity.

“As both leagues grew and established their own audiences and histories, we knew we needed a unique European identity that fans could rally behind.”

DesignStudio has created a new identity and a broadcast package for the tournament.

To understand the competition and the game’s audience the studio “immersed” itself in the League of Legends world, says Pecchia, by playing the game, attending events, and interviewing employees and fans.

The brand proposition has been defined as “Unleash Together”, which DesignStudio says embodies the “character, passion and diversity of the community” behind the game.

The logo features two sets of spikes of irregular sizes, which come together in a circle to appear three-dimensional (3D).

The shapes “represent two competing teams locked together to depict a single crown and a circular arena,” the studio says. The letters LEC appear below the crown shape.

An animated version of the logo sees the spikes rising from the ground and twisting, before flames of contrasting colours sweep across the screen.

Campbell Butler, creative director at DesignStudio, says: “The logo represents that explosion of energy and a crown of victory.”

Two sans-serif typefaces have been used throughout the branding, Gatica and Druk. 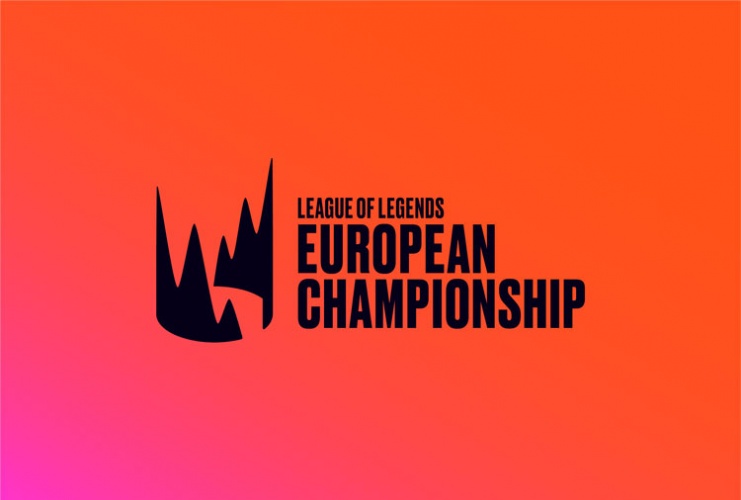 “The leading typeface Druk is reminiscent of old European boxing posters, and we had Commercial Type cut it up to add extra drama,” Butler says.

A colour palette of dark blue, teal and orange has been used, which Butler says, “adds punch”.

Examples of how the brand campaign will be rolled out include posters with brightly-coloured gradient backgrounds with images of game characters and photographs of players, accompanied by simple typography.

“Our graphic language is inspired by League of Legends’ explosive energy and the clash of teams, fans and cultures in our league,” Butler says.

The studio commissioned illustrator Daggers for Teeth to create 142 bespoke illustrations for each League of Legends’ champion, which will be used on merchandise. 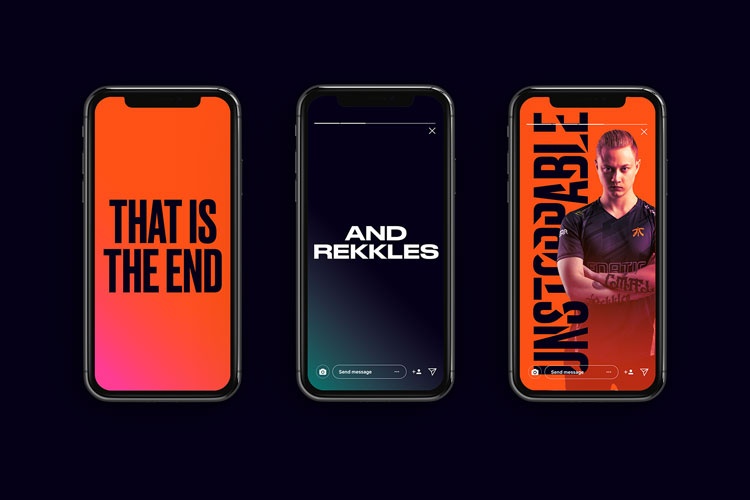 Inspiration has also been taken from the game to create five graphic textures, which are known as “Rush”, “Surge”, “Strike”, “Blaze”, and “Blast”, based on different “energies” in the game, which have been used as backgrounds.

The tone of voice for the tournament has been taken from the gaming community itself, with “short and powerful” phrasing used, according to the studio.

A broadcast package, which includes visual templates, has also been created.

The new branding will roll out with a broadcast package when the tournament starts in January 2019, and across the website, social media, marketing materials and merchandise. A design toolkit has also been created for Riot’s in-house team. 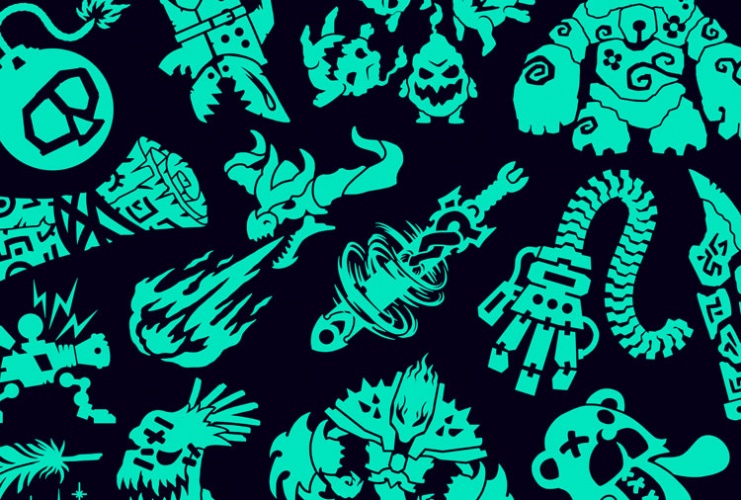 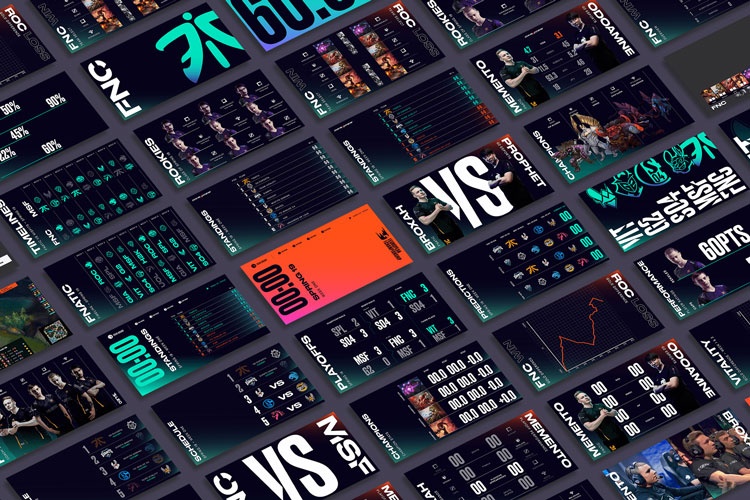