Farmacy, the popular plant-based west London restaurant, has launched its first residency at New York’s Chef’s Club Counter. The visual identity for the six-month pop-up has been led by London-based studio Here Design, and aims to “portray a sense of modernity, while also being rooted in something much bigger”.

Founded by Camilla Fayed in 2016, Farmacy has attracted foodies since inception with its biodynamic approach to food. Hailed as a “step on from organic”, biodynamic agriculture involves planting and picking of produce with natural methods and in line with the lunar calendar. Before mechanisation and industrialisation, it had been practiced widely for thousands of years.

Here was brought in to work on the identity and brand strategy of the London restaurant, as well as the look and feel of the interiors. Honouring the biodynamic context was key to the project, according to Kate Marlow, creative partner at Here Design, who says: “We recognised there was an interesting story here that could be told in a really compelling way.” 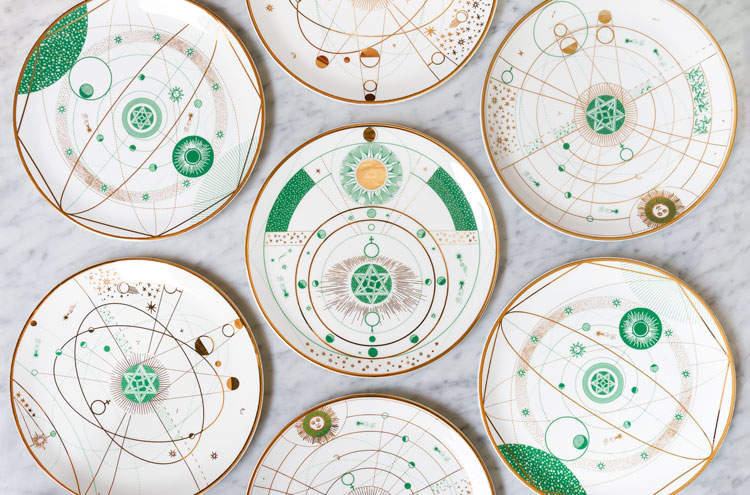 After extensive research into the topic, Marlow says the team became “quite compelled” by the history and practice of biodynamics. “We learned that what biodynamics says happens between the sun, the soil and the stars is not a simple system.

“And from there we realised that we were not looking to create a simple identity for Farmacy – instead we wanted to draw on all of these ancient cultures and practices,” she adds. 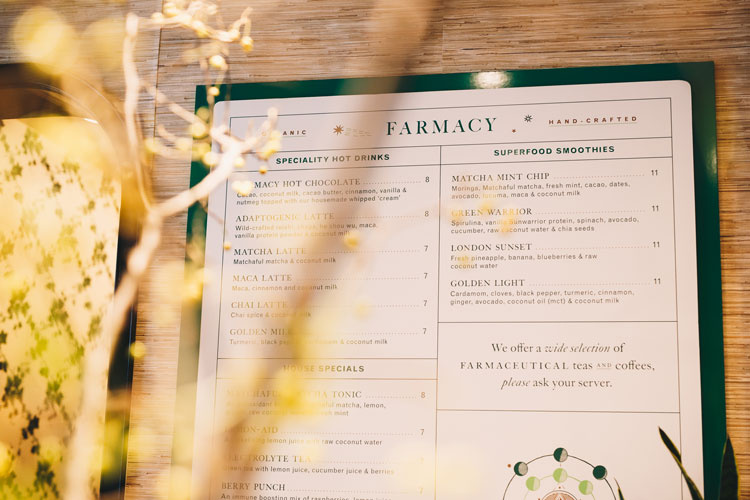 For this reason, Marlow says it was a conscious decision not to “come at it with a typical restaurant approach”, and instead admit what they were trying to represent was “deep, meaningful, ancient and complex”.

With this in mind, the visual identity centres around ancient geometric patterns and alchemical symbols. Its logo for example, what Marlow refers to as a “sacred shape”, is two intertwined pyramids with “the first pyramid pointing to the heavens and the second pointing to the soil”. 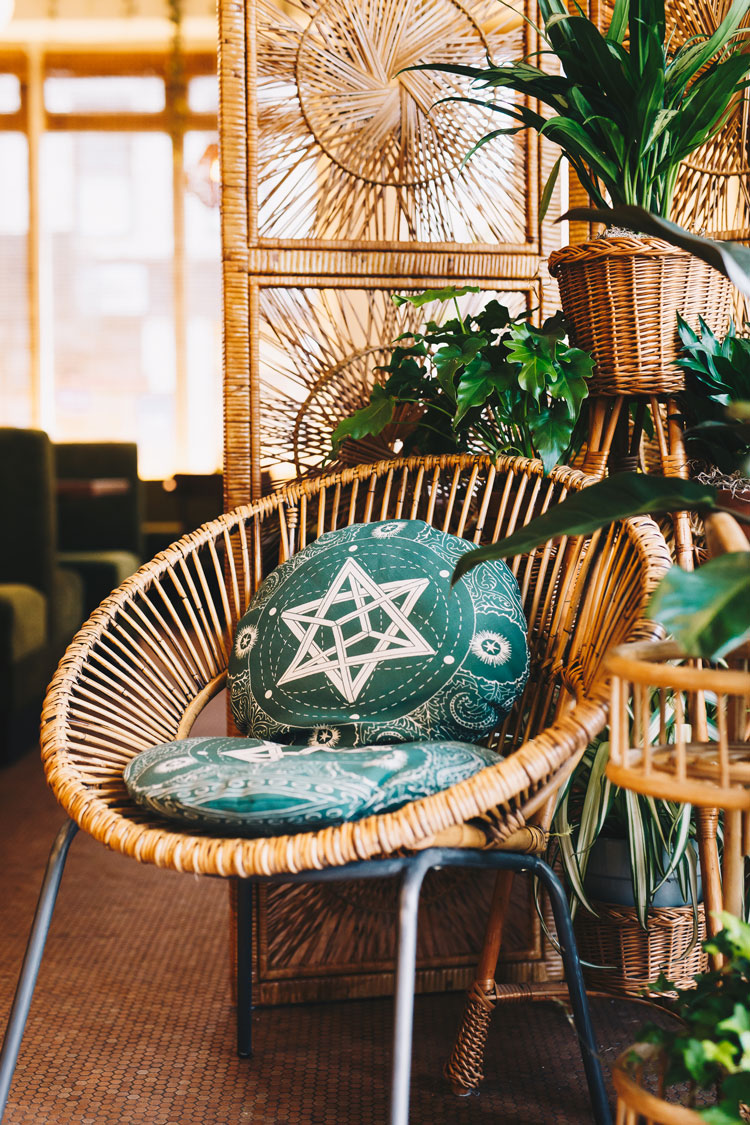 The New York space moves the design language on again, featuring new printed materials and branding assets, since the actual restaurant space itself already existed. Beyond menus and signage, this includes cushions and other textiles, plates and candles. Other assets are being developed as the team continue to understand the type of objects that best tell Farmacy’s story.

The aim is for the identity to inform customers of Farmacy’s mission and biodynamic food. “Our task was to be able to put these big statements about how powerful food is into branding.

“To say it needed to be educational sounds a bit harsh, because we’re talking about delicious food in a restaurant, but ultimately we wanted to give the audience all this recall of ancient knowledge, in a way that isn’t too worthy,” says Marlow. 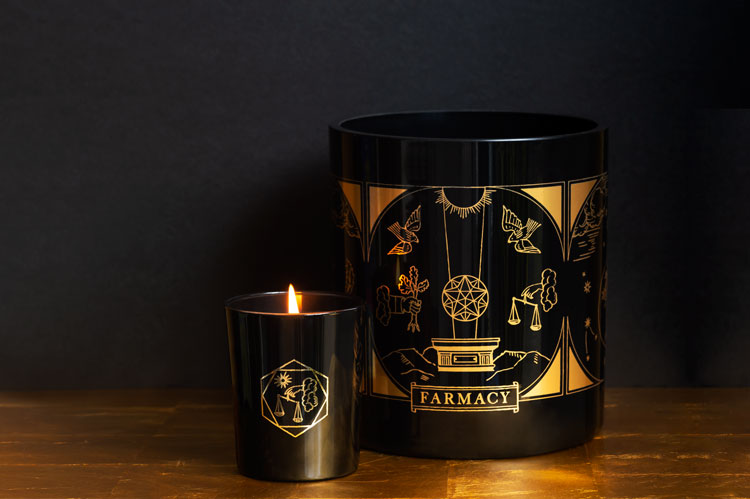 Typeface inspired by Berlin Wall marks 30 years since its fall