Virtual reality technology is popping up in sectors as diverse as gaming and medical procedures and its believers are ready to see it deployed everywhere.

These fans include Mark Zuckerberg, who, back in 2014, used a Facebook post to announce their acquisition of the much-vaunted Oculus Rift premium virtual reality headset. Zuckerberg said: “Imagine enjoying a courtside seat at a game, studying in a classroom of students and teachers all over the world, or consulting with a doctor face-to-face—just by putting on goggles in your home.”

Travel, which by its very nature widens horizons and expands minds, is perhaps the perfect fit for the technology.

Hotel chain Marriott pitches its Vroom virtual reality headset at people with an appetite for techy simulacrum and a propensity for wanderlust. Matthew Carroll, the hospitality chain’s vice president, says the hotel is responding to consumers “…wanting to be in inventive spaces that help foster their creativity and thinking”.

From last September, guests at the London Park Lane Marriott or New York’s Time Square location have been invited to begin a different kind of journey via a Samsung Gear VR headset. After selecting from three different virtual locations – places Marriott calls VR Postcards – a parallel universe is opened up within the hotel room.

Marriott’s initial three VR Postcards, delivered in 360-degree 3D, give a traveller’s personal experience of an ice-cream shop in Rwanda, the crowded streets of Beijing and Chile’s Andes Mountains.

Robots at your service

From robotic technology in the manufacturing sector to Uber’s plans for driverless cars, business is adapting to the possibilities of the robot economy. The travel industry is grasping the opportunity with both hands too.

For the past two years, there have been robot bartenders on Royal Caribbean’s Quantum of the Seas cruise ship; since last November, KLM’s customer service offering at Amsterdam Airport Schiphol has been boosted by “Spencer” the robot; and last summer saw a novel Japanese take on the trend, with the front desk of the Henn-na Hotel in Nagasaki staffed by humanoids and a robotic dinosaur.

At the Aloft hotel in Cupertino, Silicon Valley, robotic butler A.L.O. has been on duty since summer 2014. As well as responding to the expectation of the tech-savvy clientele, the robot responds to requests sent by smartphone. “A.L.O. has the work ethic of Wall-E, the humor of Rosie from The Jetsons and reminds me of my favorite childhood robot, R2-D2,” says Brian McGuinness, global brand leader at Aloft parent company Starwood’s Specialty Select Brands.

Meanwhile, at the Hilton in Virginia, USA, robot “Connie” has recently landed a job as a hotel concierge. Powered by IBM’s Watson and travel guide WayBlazer, Connie can confidently answer hotel-related questions as well as guide guests on local places of interest. 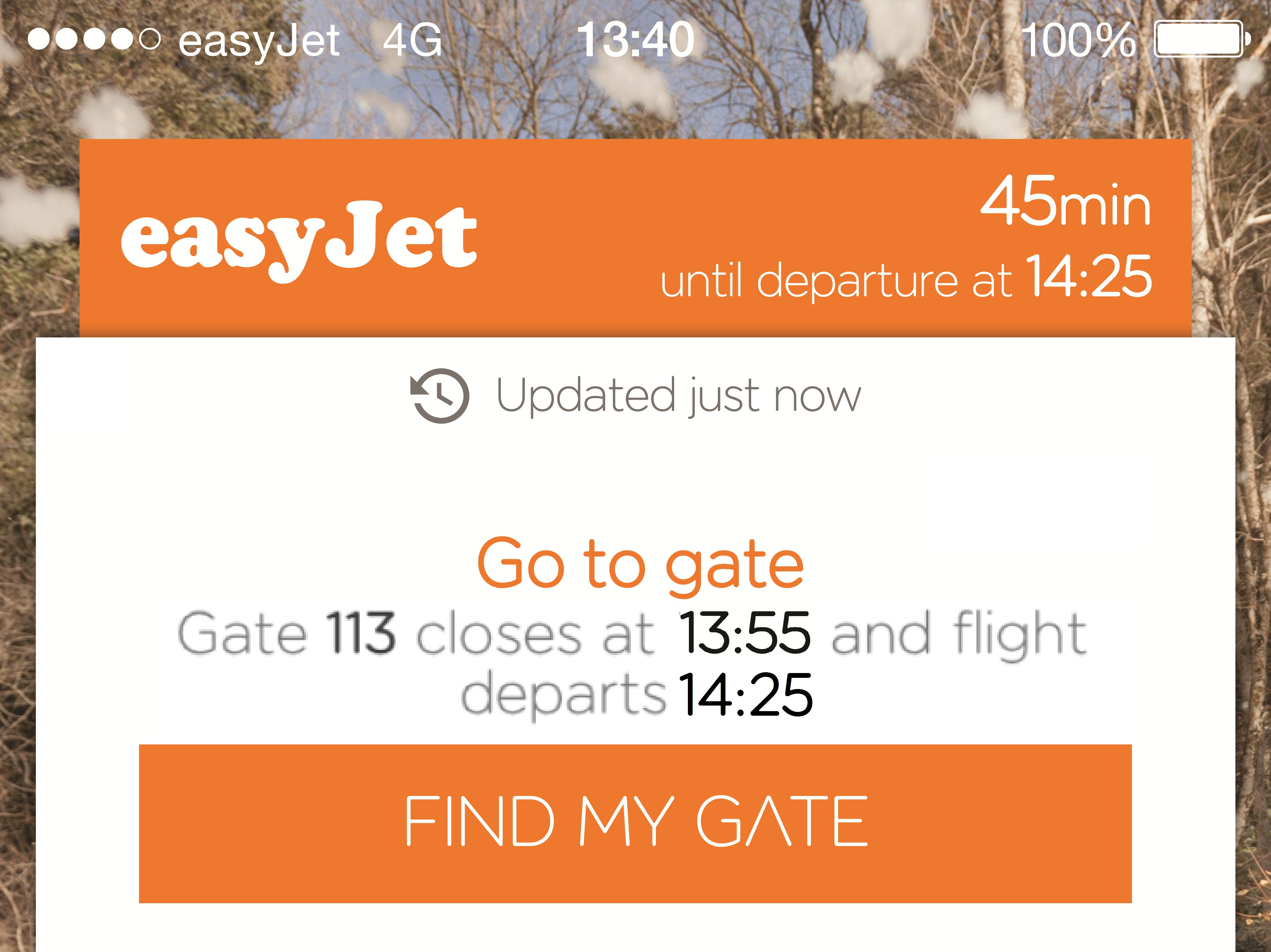 Apps to smooth the journey

Smartphone apps have fast become an essential tool for those moving from A to B. There are apps to translate languages, advise you on where to eat and point you to the nearest loos. Seasoned travellers won’t leave home without them and there’s perhaps no greater need for them than in the airport itself.

Apps to simplify the airport experience offer things like gate location information and estimated wait times for security, as well as shopping and restaurant tips.

The aim is to let users relax without the need to constantly check screens waiting for flight and gate information to appear. As soon as the gate opens, the mobile host within the app notifies them and explains where the gate is. It can also tell them where to drop off their bag, and on arrival, where to pick it up from.

Are suitcases that merely hold and protect your belongings doomed to a place in luggage folklore? Appealing to a tech-savvy consumer, “smart luggage” is designed to avoid the pitfalls of long distance travel: things like standing nervously at a baggage carousel wondering if your bag has made it off the plane, or running out of phone juice just at the moment you need to click for a taxi or call home.

GPS tracking, built-in wi-fi hotspots and biometric fingerprint-enabled locking all promise to make common traveller woes a thing of the past. Connected bags interface with the owner’s phone, sending messages to let them know where they are and if they have been opened by anyone else.

Bluesmart came onto the scene via the crowdfunding site Indiegogo in 2014. Its slickly designed case connects with iOS and Android apps to give users proximity and location tracking information. Knowing where your things are is just one of the benefits: Bluesmart is a competent multi-tasker, incorporating nifty functions such as a built-in scale and a charging port for gadgets.

Bluesmart isn’t the only baggage generating buzz. Samsonite’s GeoTrakR suitcases, launched last year, also have geek appeal and style in spades. Fans of French brand Delsey are eagerly awaiting the arrival of its Pluggage range, which has been using its website to canvass consumer input on the smart features travellers want most.

Jumping on board the sharing economy

Making the most of recently developed technology, secure online payment and geo-location applications, web design is pairing up with the sharing economy. Slickly designed sites allow consumers to rent a whole host of products and services from each other, including cars, rooms and bikes. By leveraging the internet and social media, transaction costs are kept low and trust is built between the participants.

Airbnb, now valued at over $25 billion, has become the poster child for the sharing economy and is fuelling consumer confidence in the model across the travel sector. As the US leviathan makes peer-to-peer transactions hip and fun, other start-ups have started to ride the wave.

Launched last year, online platform Beds on Board encourages people to travel more differently still. For the price of a hotel room, the alternative accommodation site connects accommodation seekers with boat owners. Travellers can have the run of a slew of luxury yachts moored worldwide, provided they keep their rental docked in the marina.

The site’s design aims to encourage users to browser available boats, join its community and to contact the owner. On the supply side, owners are given a simple user interface to list their boats. In tune with the times, they are not just selling the experience, they are sharing it.