Supple studio and copy writing company Totalcontent have co-created a calendar, entitled 2020 Visionaries, which plays on the double-meaning of the new decade’s first year.

Inspired by the optical measurement for clear vision, 20/20, the calendar features famous spectacle-wearers from past and present. 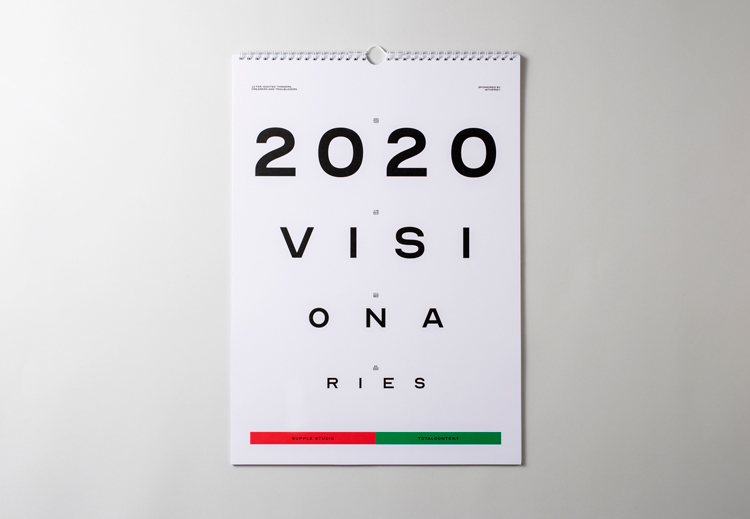 Jim K Davies, from Totalcontent, says the idea came from seeing ‘2020’ printed in a newspaper. “The research was a real eye-opener,” he says. Elton John for example does not need glasses anymore thanks to a lens implant surgery in 2003.

The Australian comedian Dame Edna does not have lenses in her glasses, so she wasn’t used. Some of the icons in the calendar include Amelia Earhart, Lady Gaga and Gandhi. 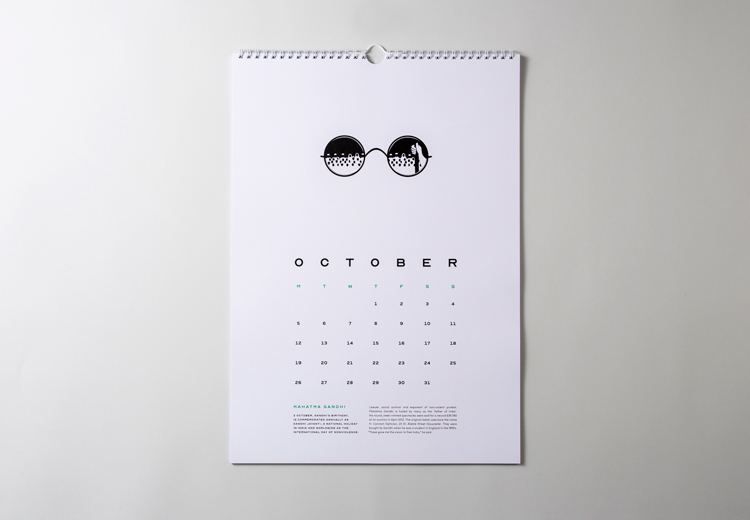 Yee Poon, a designer at Supple, created the illustrations. “We explored loads of ways of featuring the glasses, before focusing on the idea of reflections,” Poon says.

Poon’s favourite picture is September’s, where Audrey Hepburn’s sunglasses from Breakfast at Tiffany’s (designed by Oliver Goldsmith) reflect a cigarette and smoke from the 1961 film. 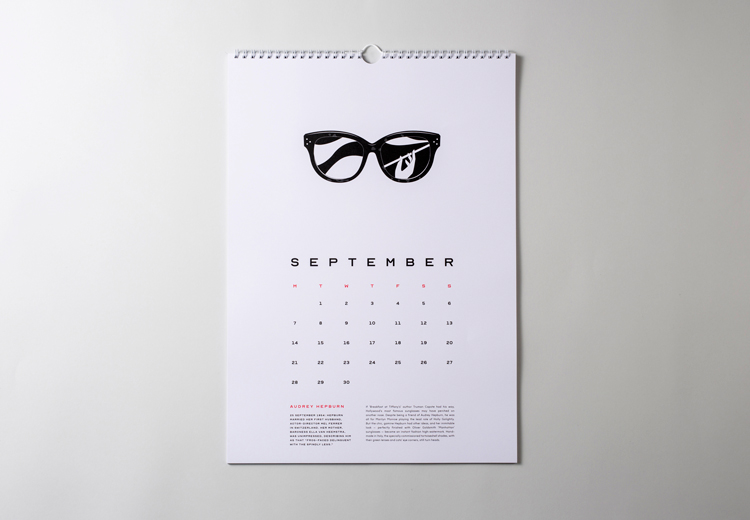 Poon tells Design Week that the difficult part of the project was coming up with a list of notable people that spanned multiple genres, such as music, sport and history. “We also had to make sure there was enough diversity within this group,” the designer adds.

In John Lennon’s round sunglasses, peaceful ‘War is Over’ signs can be seen. Meanwhile the keys of piano filled out Elton John’s heart-shaped pair of glasses. 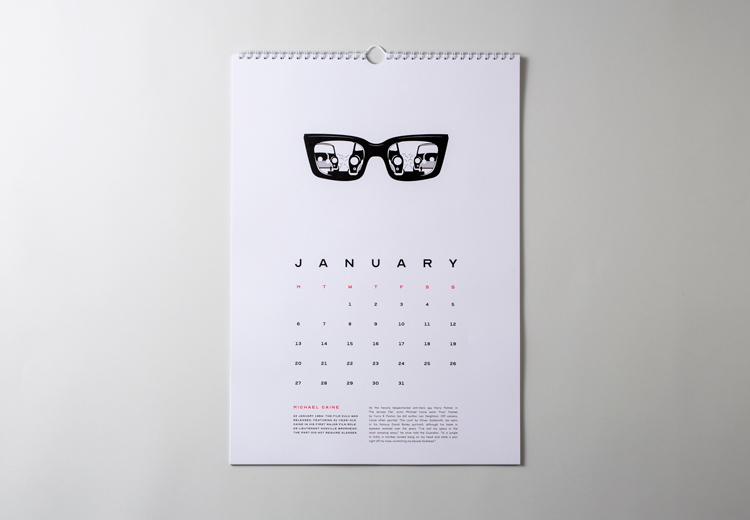 Poon says that the hardest one was December — inspired by the two Ronnies. Poon says: “We decided to put them in a TV studio with the audience in the reflection. 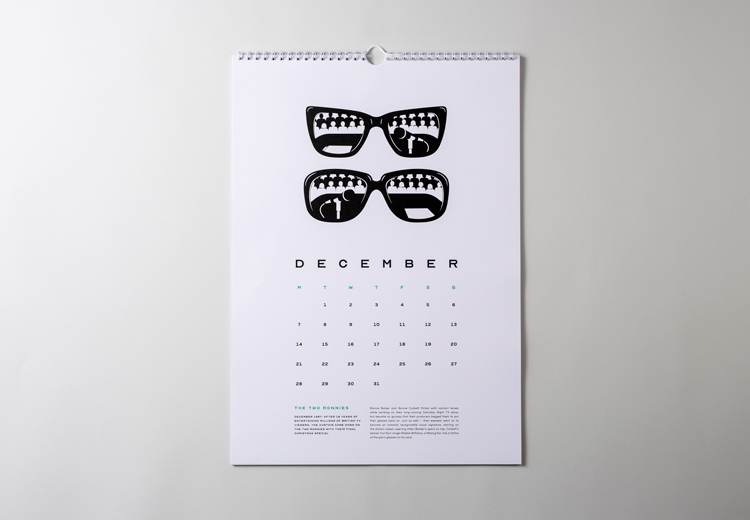 “If you look closely, the reflection in the taller Ronnie’s frames are actually lowered.”

In keeping with the optical theme, the typography used is reminiscent of that of an optician’s eye-test. 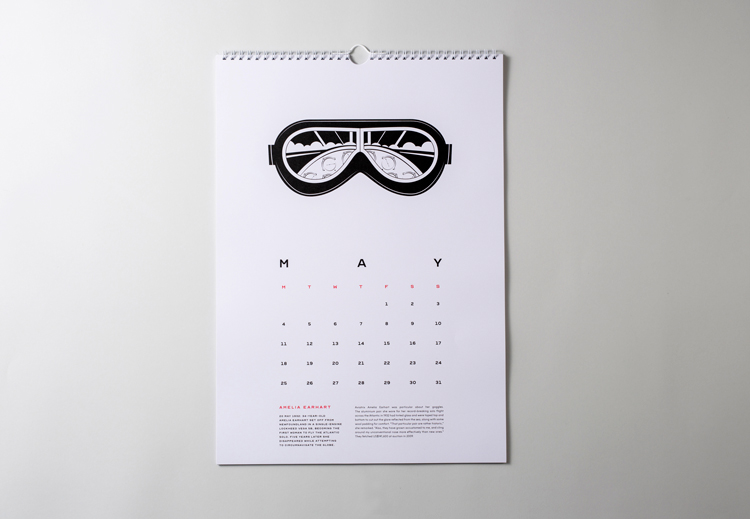 Although the calendar is not widely available, an interactive quiz is available online where people can guess which glasses belong to which icon.