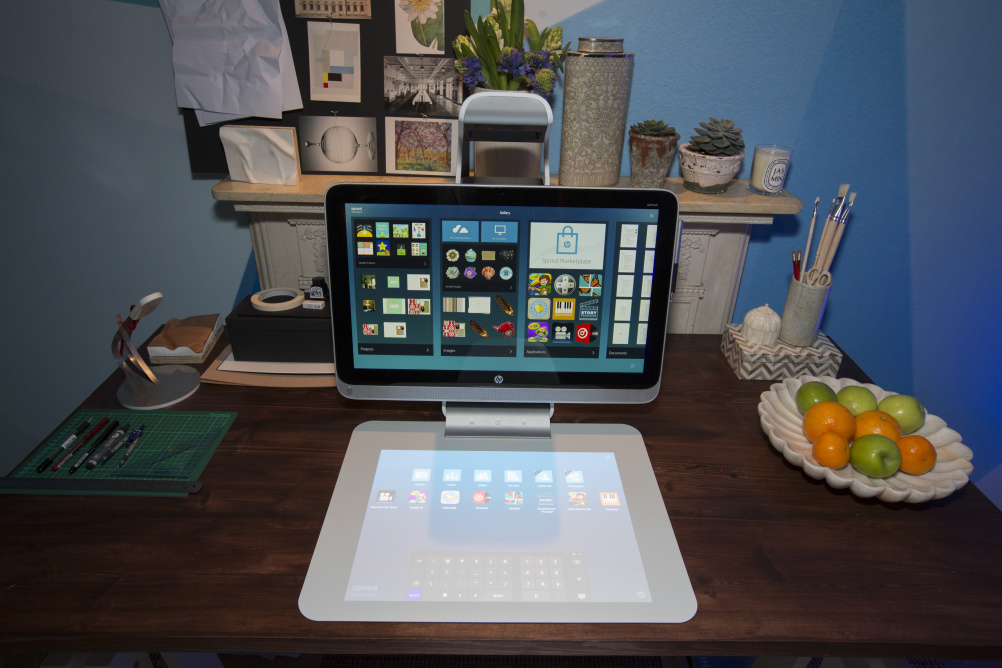 Sprout is a touch-screen computer, which aims to help designers move between physical and digital platforms more seamlessly.

It has both a vertical screen and a horizontal “pad”, enabling users to switch between the two and use both collaboratively.

The machine combines a scanner, depth sensor, high resolution camera and projector, enabling users to scan in physical items then edit them in a digital workspace. It also allows users to scan printed documents that can then be edited in a word processing program. 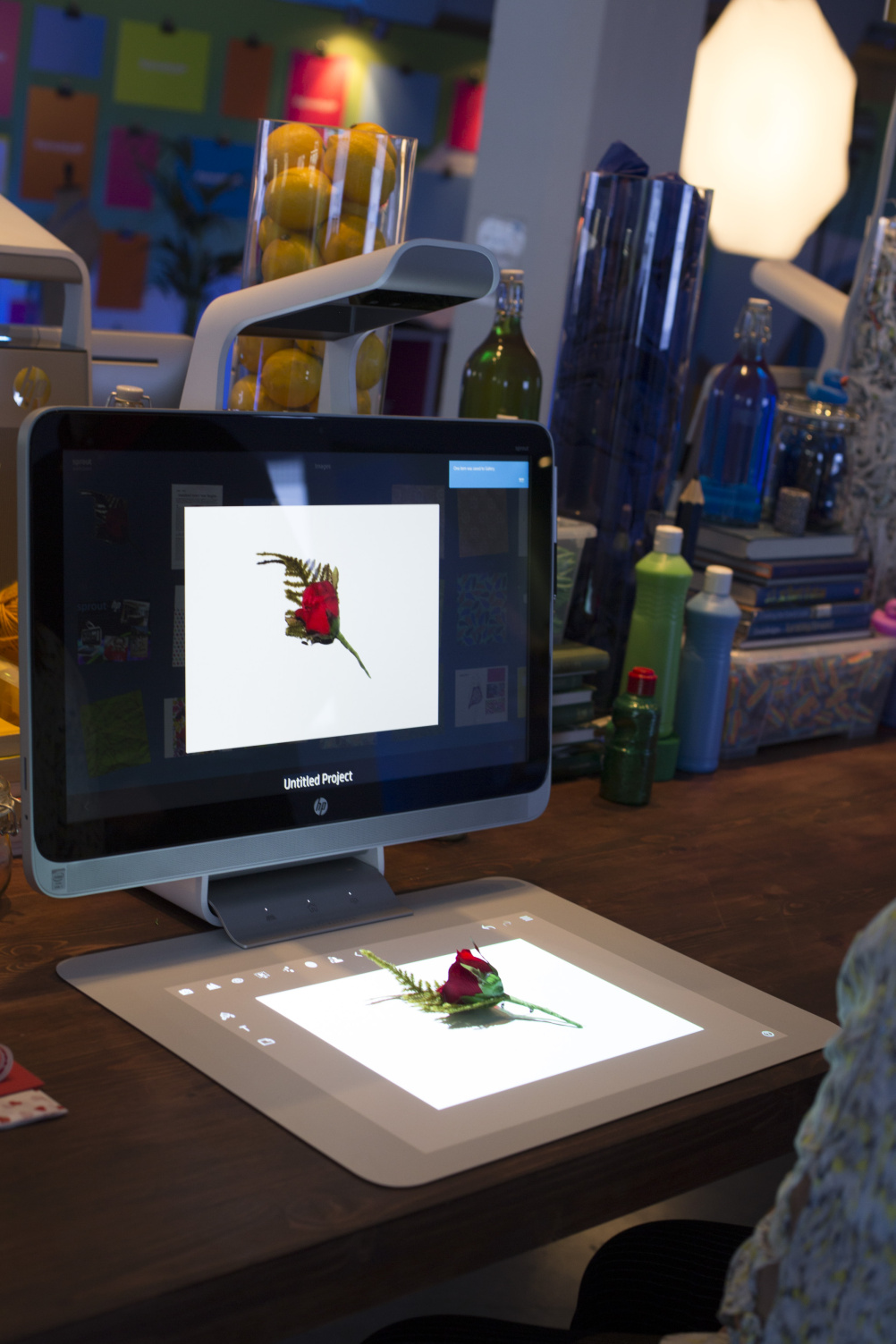 “We were trying to revolutionise the way scanning happened,” says Brad Short, chief product architect of Sprout at HP. “You have to move away from your device to scan, which is cumbersome and a chore. So we thought, what if you could scan things using cameras?”

He adds: “Touch didn’t work solely on a vertical desktop screen – the hands are too heavy, it wasn’t ergonomic. The flat screen allows you to use your fingers very naturally, through drawing, painting, cutting, pasting and collaging with real content on your desk.”

Felix Conran, 20-year-old product designer and grandson of Sir Terence Conran, has combined the 3D create program on Sprout with the use of a 3D printer to design moulds that can then be used to shape other materials.

“It’s an interaction between new and old,” he says. “Mould-making is an ancient thing. The connection is lost when you work on 3D stuff solely on your computer – this brings the craft back in, and makes it a hands-on, interactive activity again.”

Sophie Conran has also used the system in conjunction with a 3D printer to recreate decorative pieces of plaster that have fallen off skirting boards, by scanning in the original pieces and generating an image that can then be materialised.

“It’s a very tactile, craft tool that allows you to use your imagination and put ideas together,” she says.

Short says that artists have used the system alongside traditional artistic methods to create something new.

One user, who normally creates Japanese ink and water art using dipped parchment, has instead generated multiple patterns by placing the water in a shallow container and taking photos of it on the touch mat, he says.

“The patterns were combined into a piece of art,” he says. “The technology creates a mixed media look with an artistic signature of its own.” 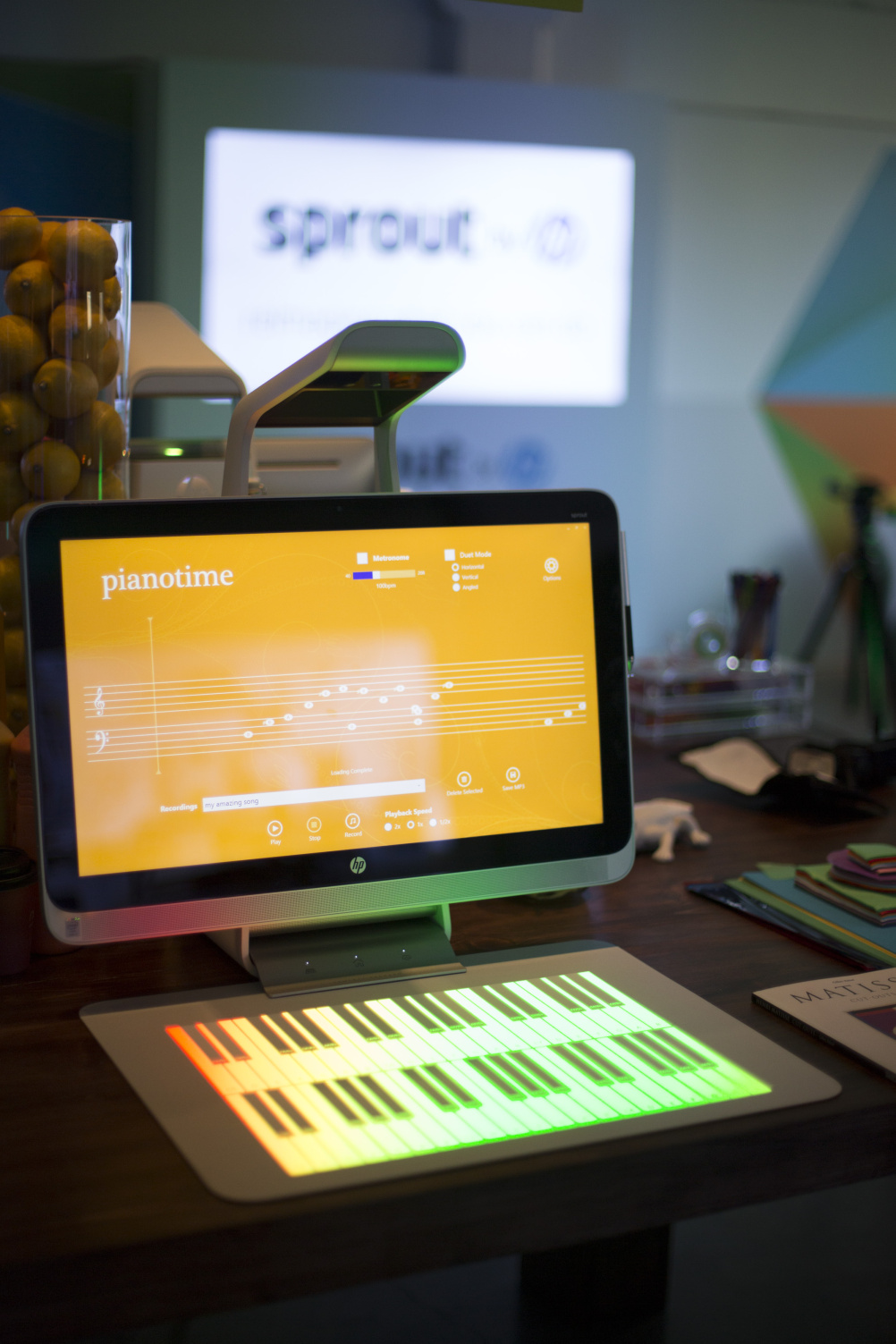 It contains 20 points of touch, meaning that two people can use the touch-screens at the same time, using all ten fingers.

“Our idea was in democratising creativity,” Short says. “We wanted to make computing and the creative process more accessible to everyone.”

Native Design consultancy designed the aesthetics for Sprout, while HP engineered it.

“The name was intentionally chosen to break away from convention,” Short says. “It’s organic and natural, and also based on the concept that all large trees start with a tiny sprout – this is the start of a new way of using desktop computers.”