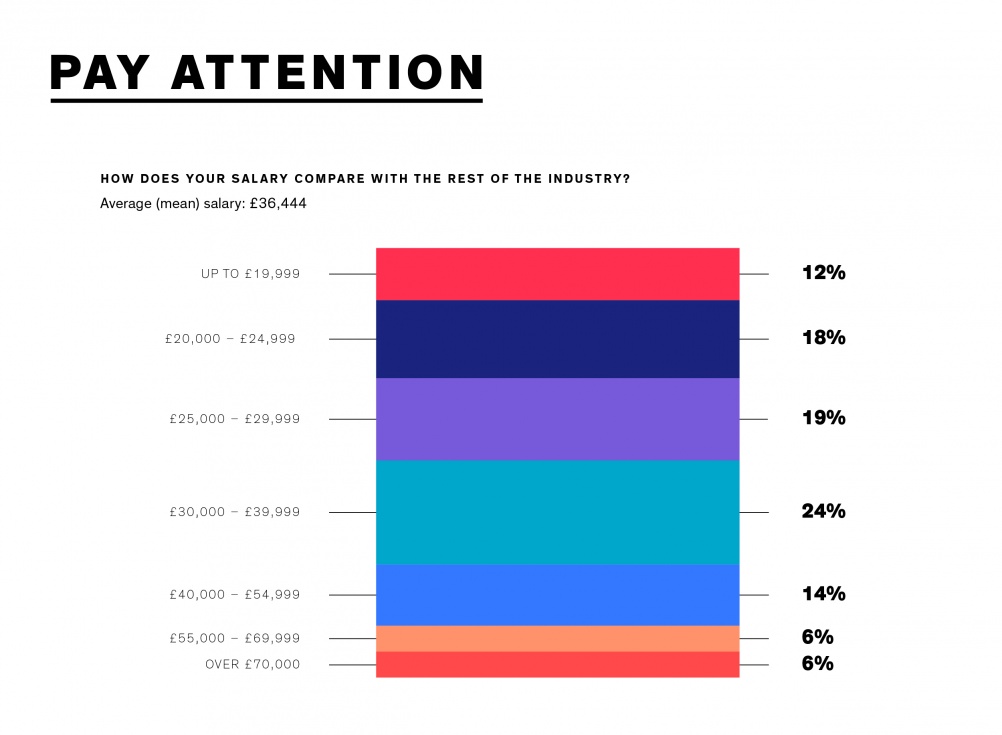 The average (mean) salary for designers and creatives, according to our research, is £36,444. This is an average taken for people at all levels, working across all design sectors. 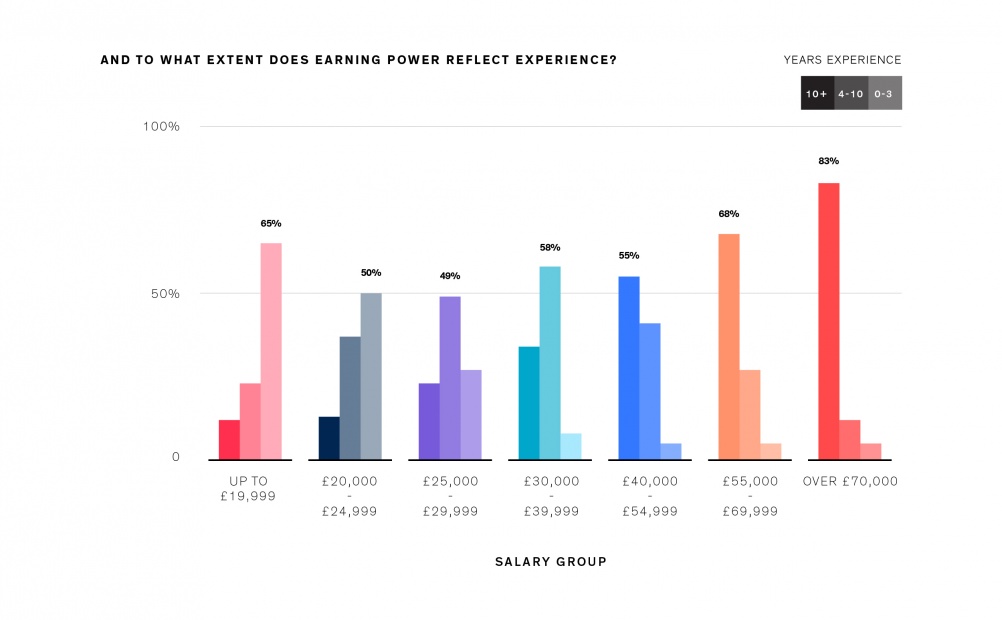 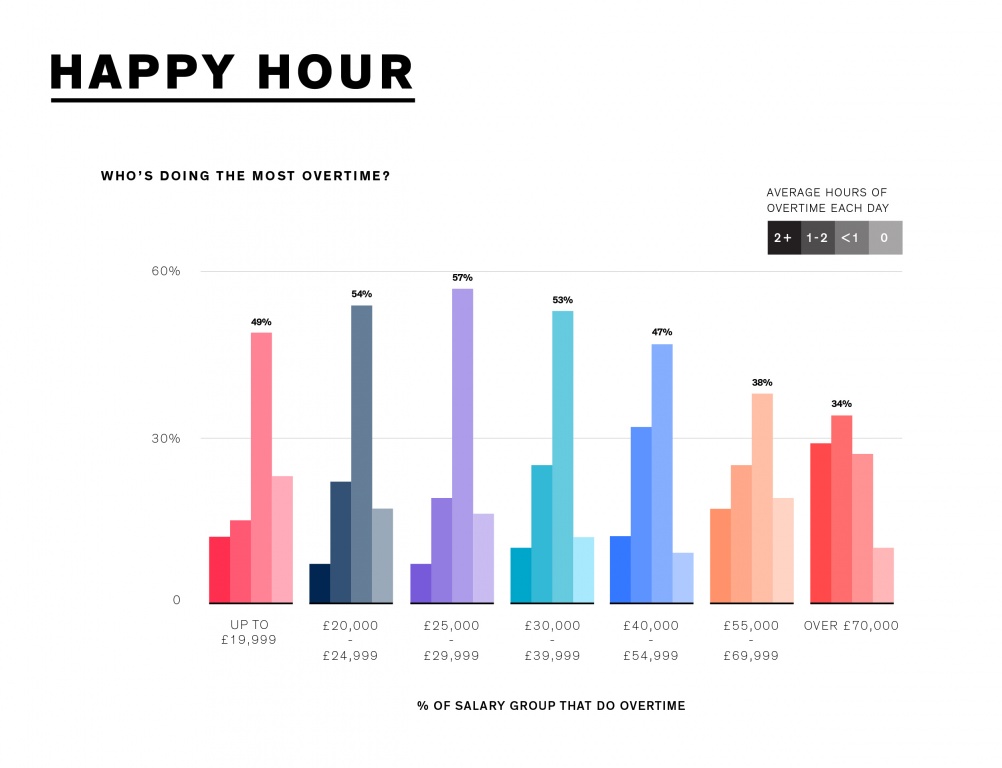 The harder you work, the more you earn? Possibly. According to our research a third of those earning more than £70,000 a year were doing 1-2 hours overtime every day – and almost as many were doing more than two hours a day.

Whatever your salary bracket, it seems like overtime is a fairly common experience, with the majority of designers reporting that they are doing at least some length of overtime every day. 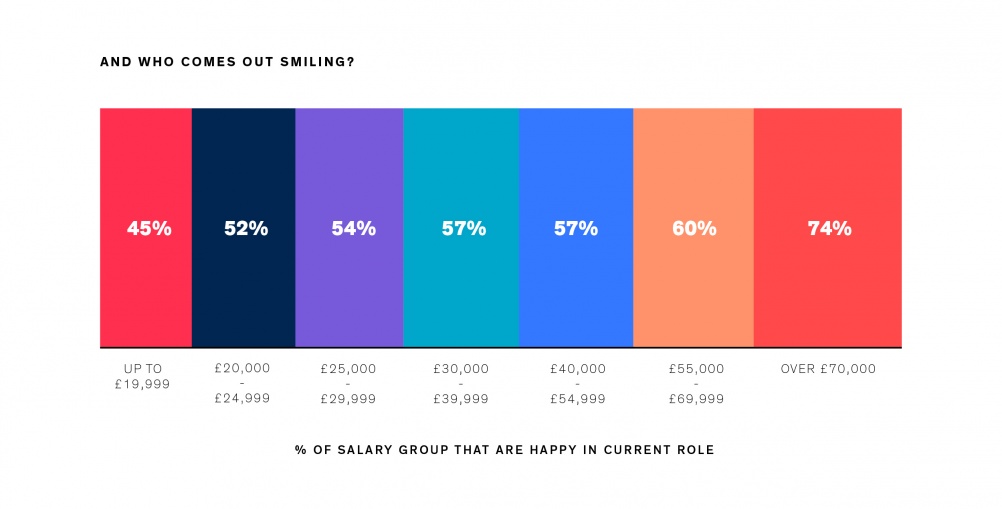 The more you earn, the happier you are? Almost certainly. Our research showed that those in the lowest salary bracket also had the lowest job satisfaction, with under half saying that they were happy in their current role.

Job satisfaction gradually increases as you go up the salary range, peaking at 74% happiness ratings for those earning more than £70,000 a year.

Jump to our next stories to find out about more about the make-up of the design industry and what they get out of their jobs.

What are the perks of a designer’s job?

“My first break” – how designers started out