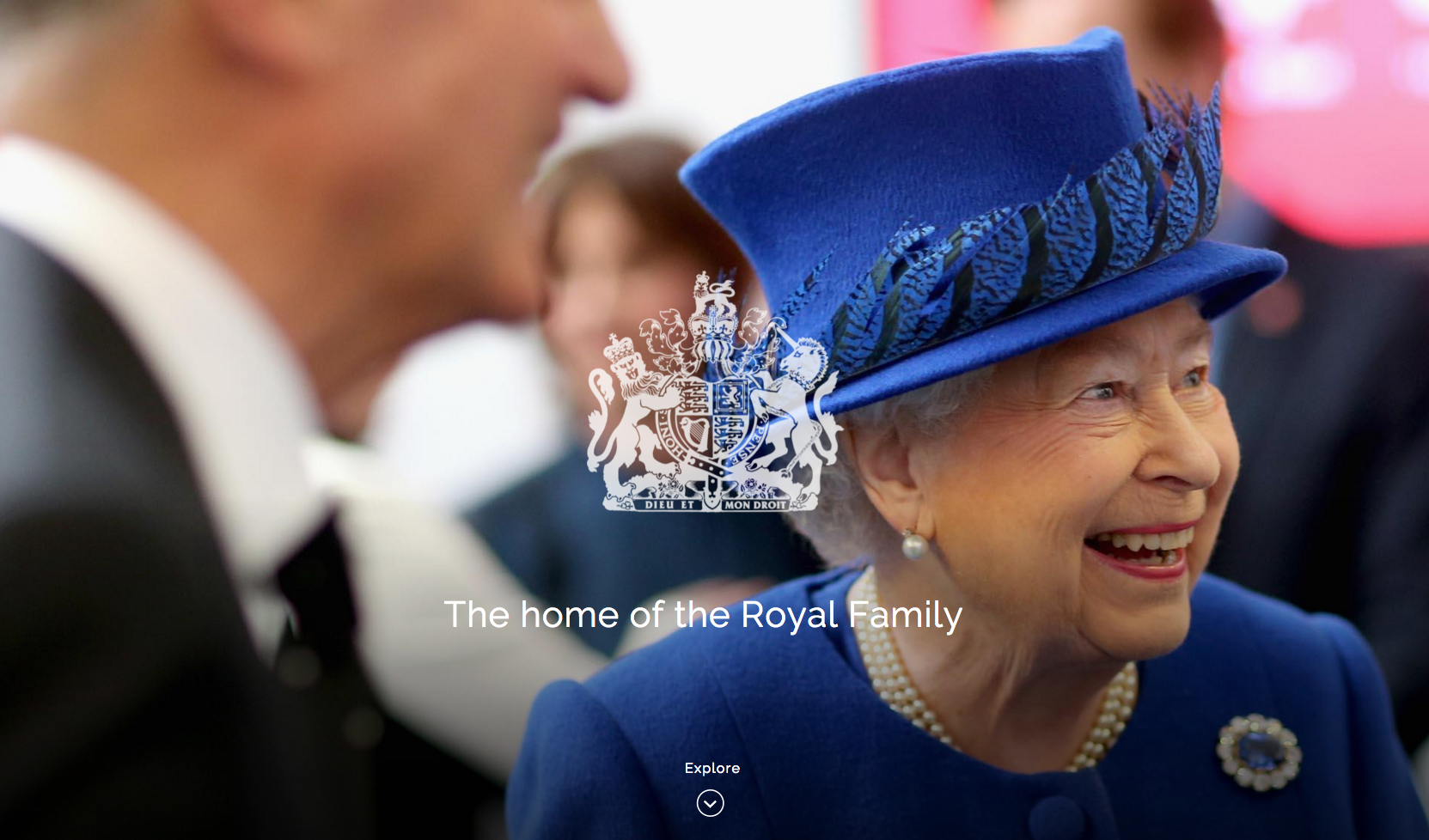 Reading Room has designed a new website for The Queen and the Royal Family, which is the first update to the site in eight years.

The new site – which is at www.royal.uk – has been designed to be fully responsive, incorporates more imagery and video and has been built around a new search function. It replaces the previous site at www.royal.gov.uk.

It is the home for news and announcements about all members of the Royal Family and has to be easily updatable from a number of different sources.

On average more than 12 million people around the world visit the Royal Family’s website.

The site has been renamed “the home of the Royal Family” and will, according to Buckingham Palace, “play an increasing role in engaging the public in the role and public work of The Queen and the Royal Family.”

Buckingham Palace says one of the key innovations in the new design is a new search facility, which will act as the “primary form of navigation”. 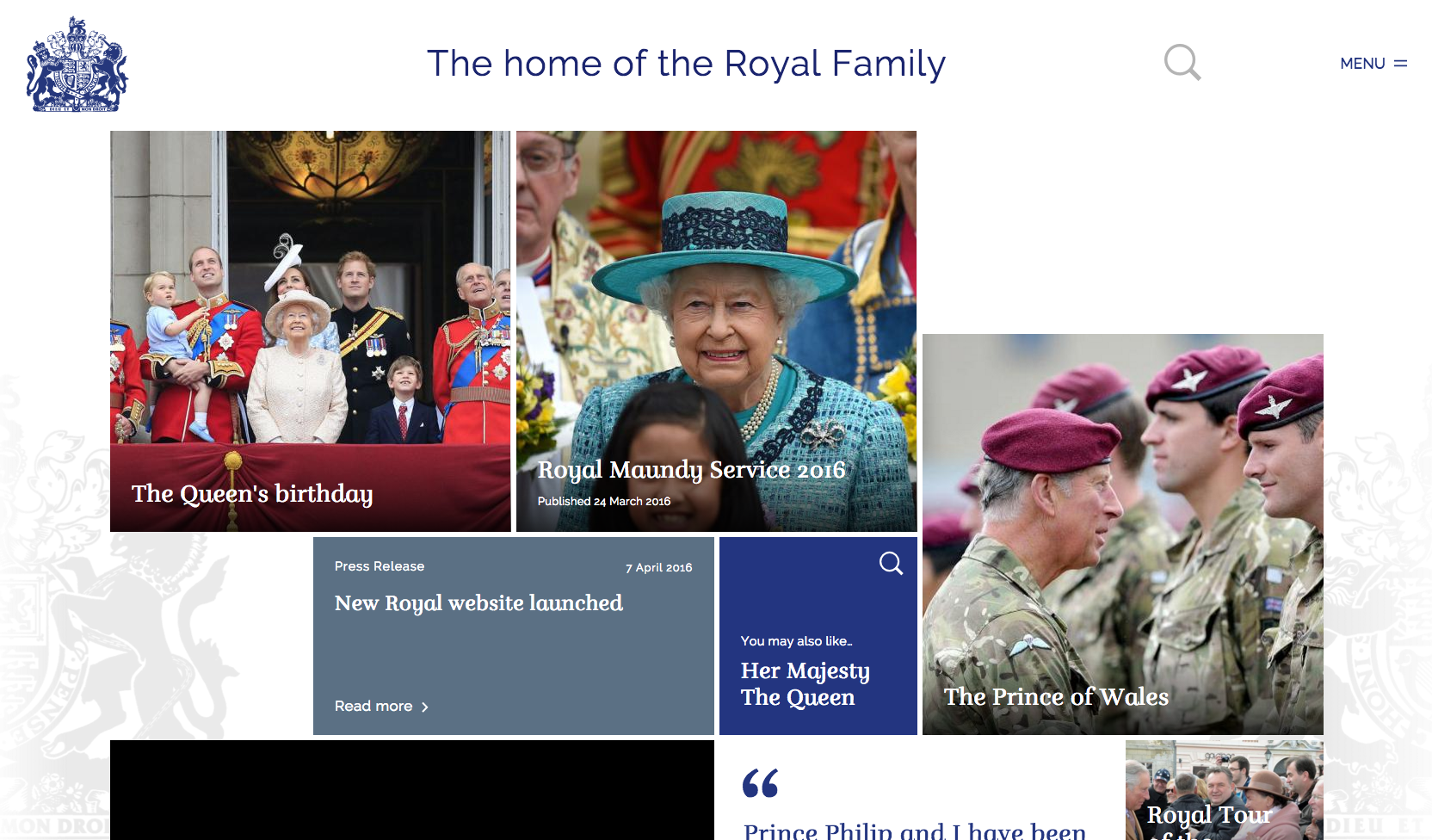 While the new site will retain the menu function, navigation will be focused around a new search box on the main site.

A spokesperson for Buckingham Palace says: “Layers of information sit within navigation blocks that flow in to create rolling infinity pages.” 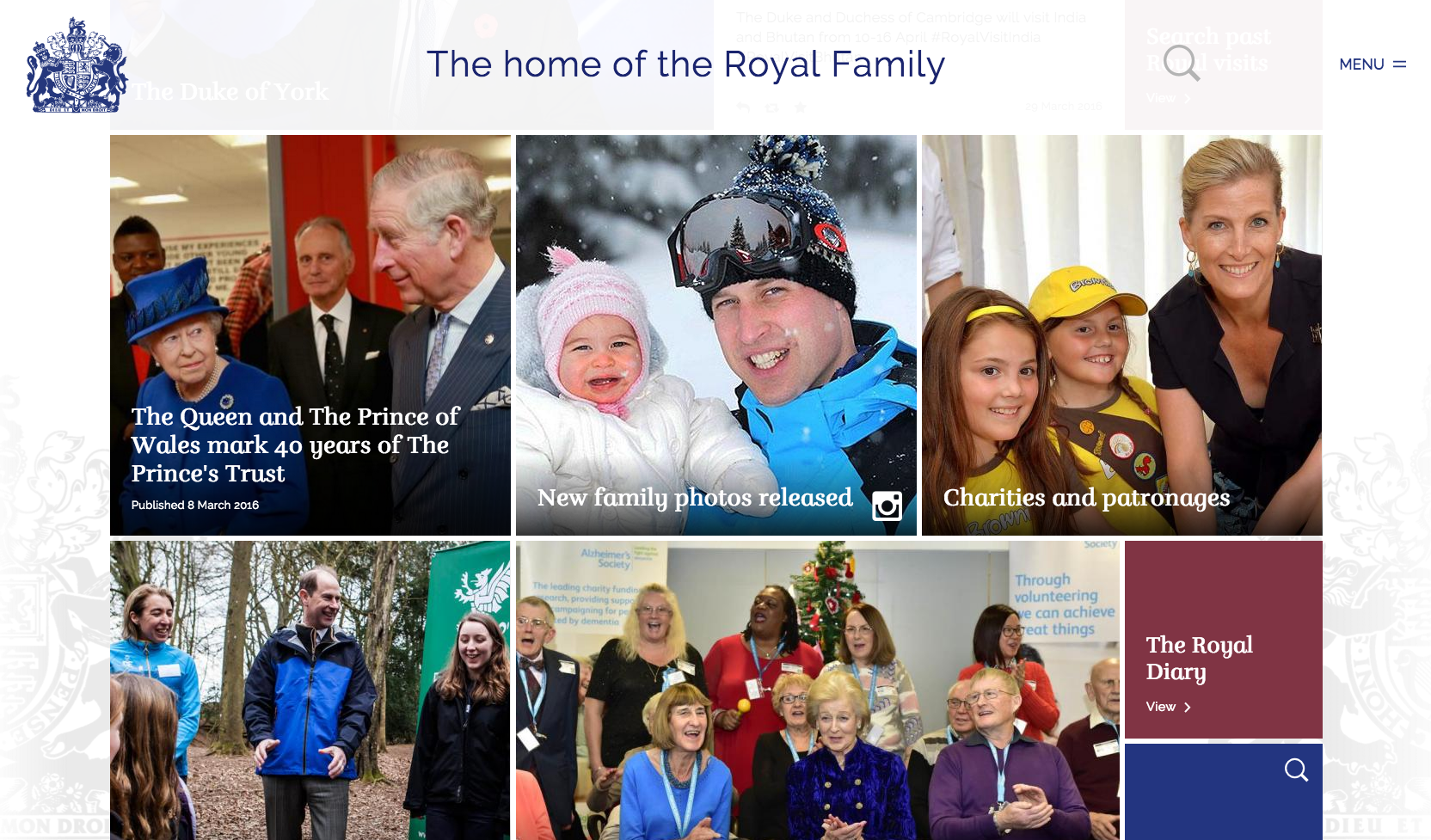 Buckingham Palace says the site aims to be “highly visual” to move away from the previous site’s “text-led” approach.

Buckingham Palace says the move to a fully responsive site is “particularly important” in communicating with people in the Commonwealth, where 60% of the population is under the age of 30 and “mobile communication is predominant”.

A Buckingham Palace spokesperson says: “The new royal.uk site is more flexible in terms of accessibility, visually engaging in its appeal, easier to navigate and search, and is more interactive.

“It is also much easier to update regularly with content from numerous sources including charities and members of the public who benefit from their work.”
Reading Room was appointed to the project following a tender process.