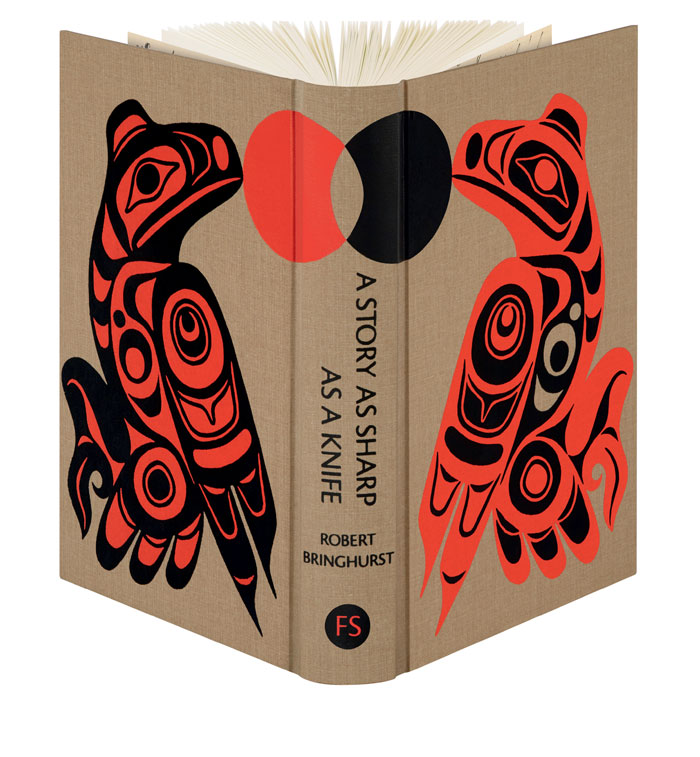 Don Yeomans has illustrated the Folio Society’s edition of – A Story as Sharp as a Knife – by Robert Bringhurst, the poet, typographer, translator, cultural historian and linguist.

For more than 1000 years native American people flourished on the islands known as Haida Gwaii, off of the coast of British Columbia and Alaska.

Bringhurst has created his book on the Haida “mythtellers” and their world largely by studying the transcripts of linguist and ethnographer John Swanton, who journeyed to the islands in 1901 and spent three-and-a-half years listening to the last great Haida poets.

Yeomans was commissioned to create six original pieces of artwork: one to sit at the opening of each chapter as well as a frontpiece and binding for the volume. They are all based on Haida culture and the mythological beliefs of its people. 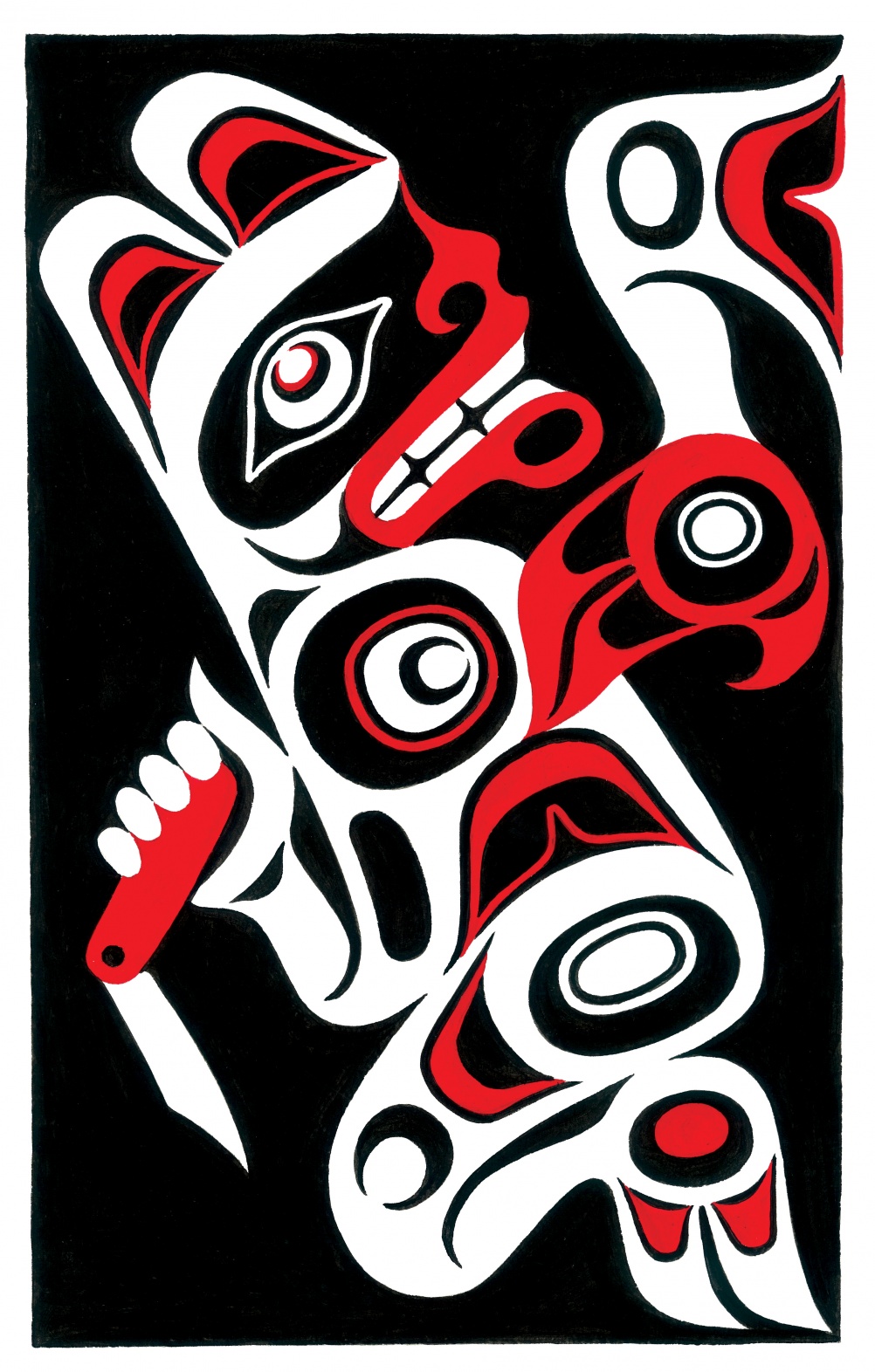 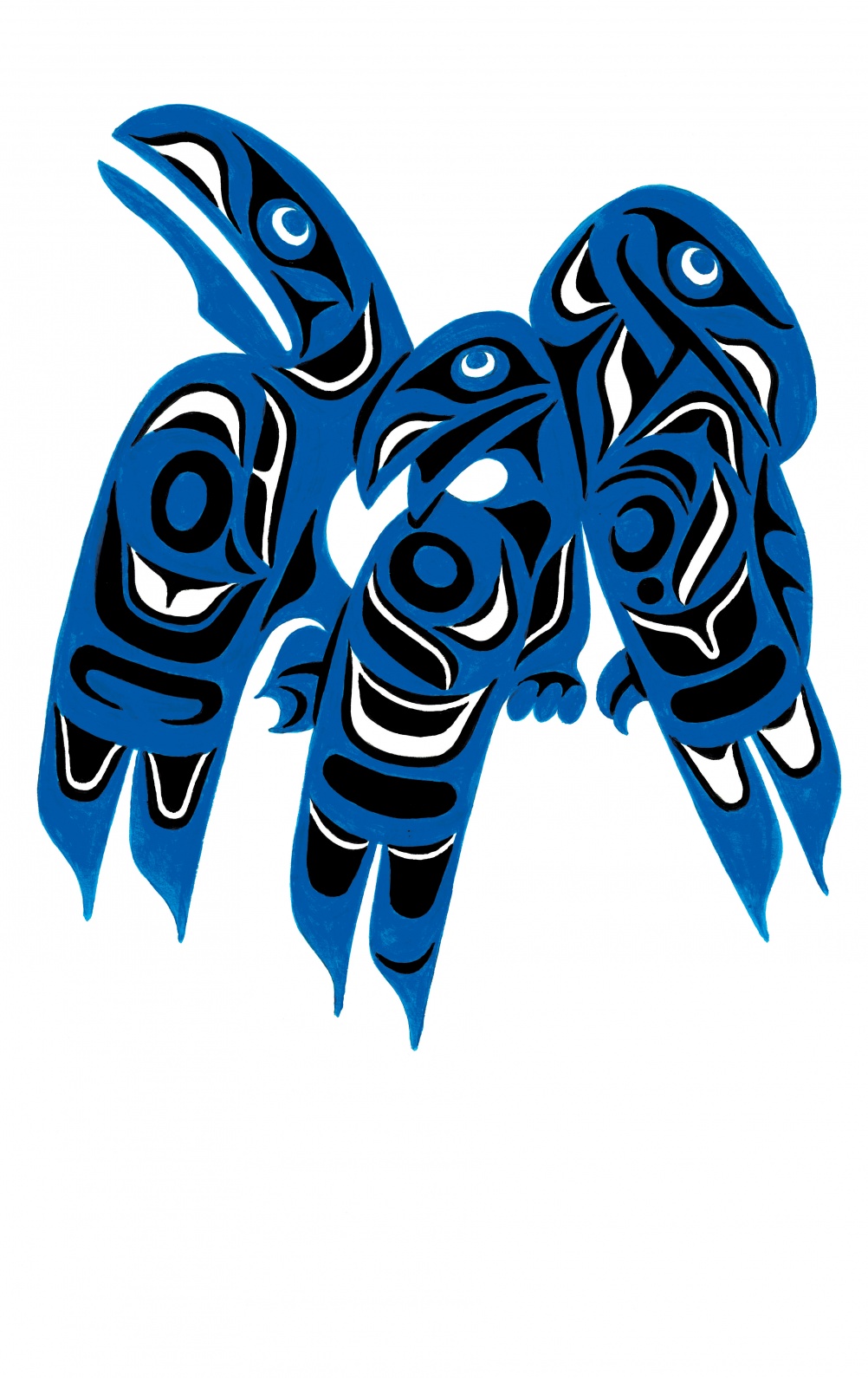 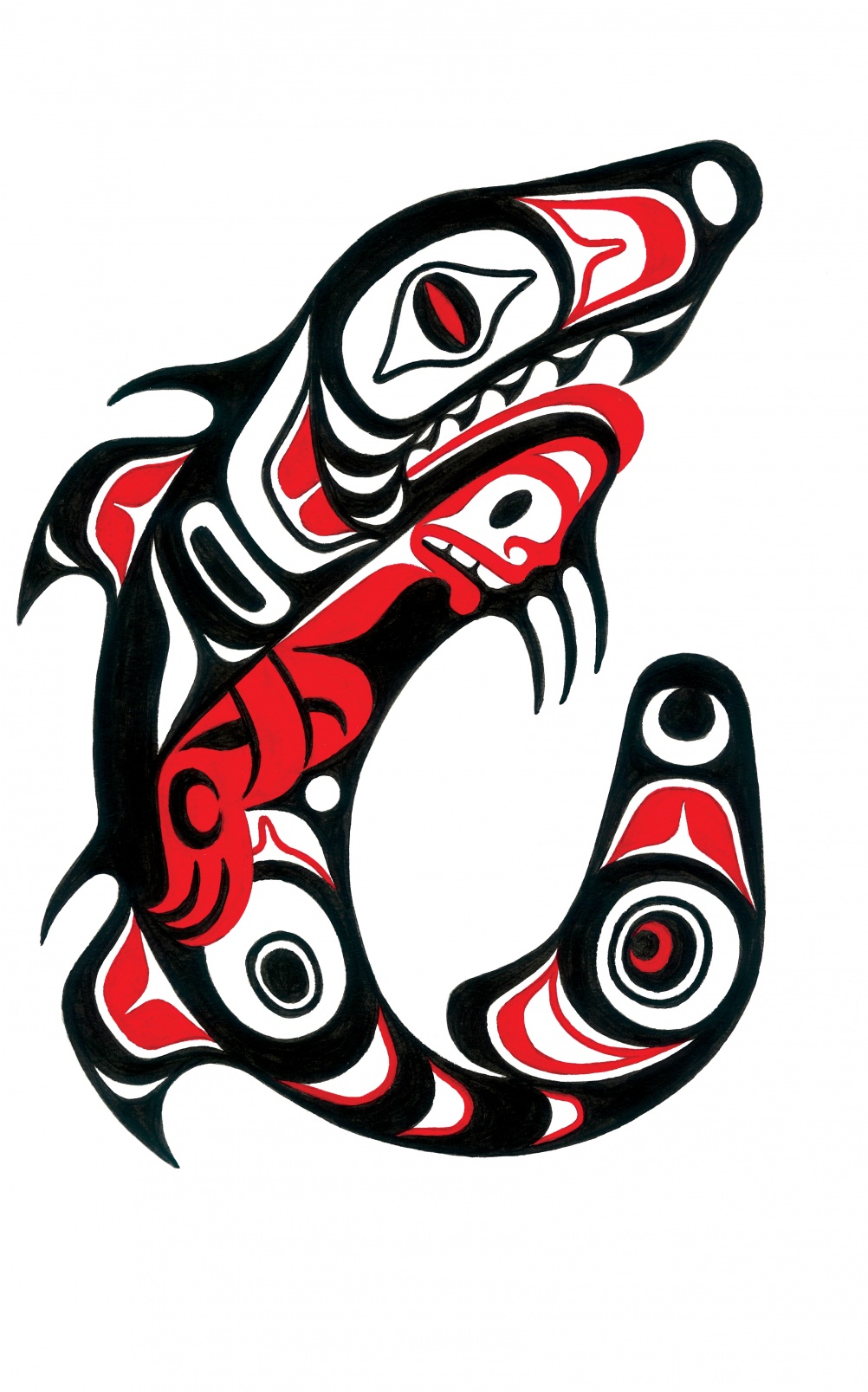