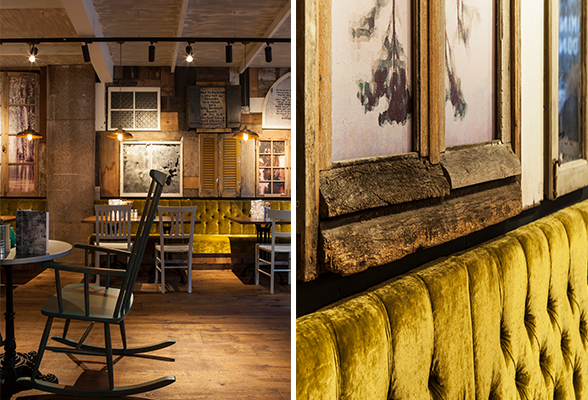 The Absurd Bird restaurant – known for its branches in London’s Soho and and Spitalfields – has just opened its first site outside of the capital.

Situated in Exeter, the restaurant has been inspired by Southern US states and designed by Design LSM.

The look and feel has been developed around a story of two “unruly birds”, which have escaped London and fled “deeper south”.

Rocking chairs, booths, a secluded mezzanine and even a traditional southern US porch have been integrated into the design, which has a distressed and rustic look and features a piano converted into a waiter station and a cocktail bar clad in green-glossed herringbone tiles. 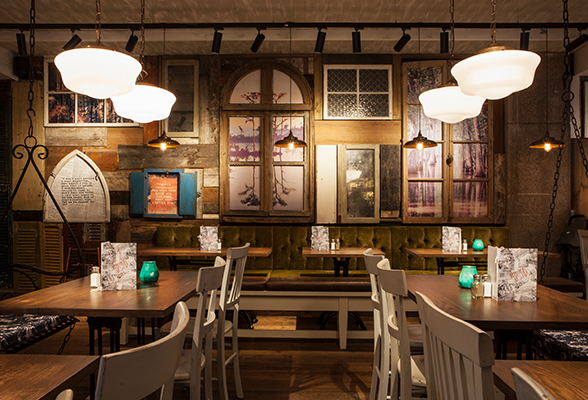 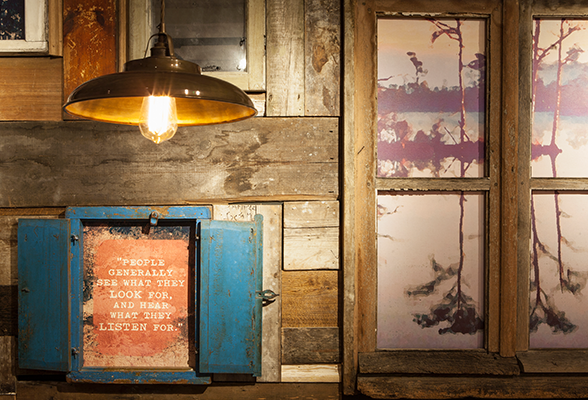 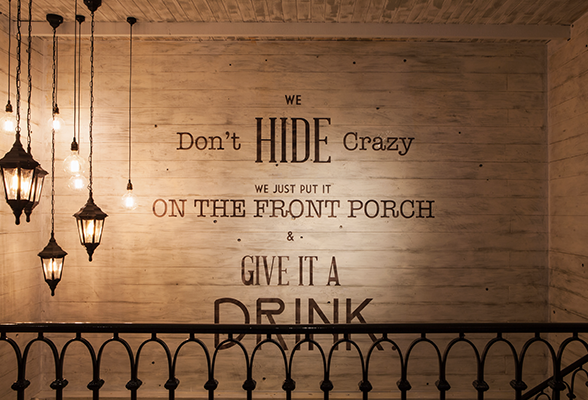 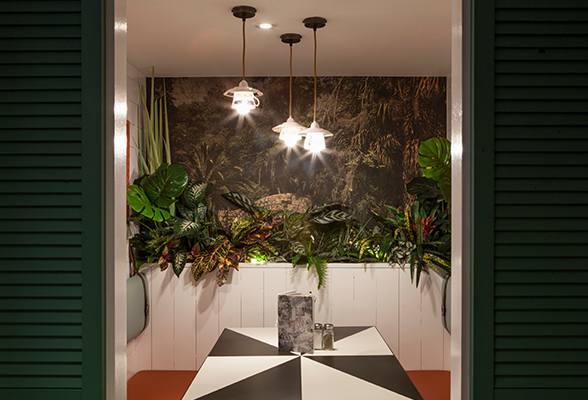