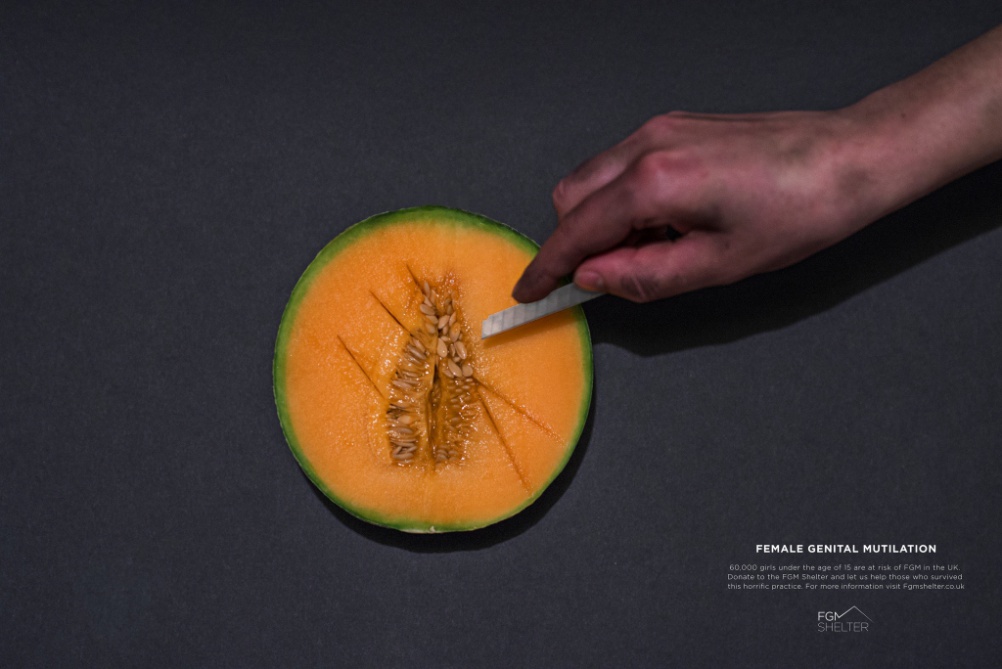 A graphic design student at Middlesex University has created a series of advertisements using fruit to depict the effects of female genital mutilation.

The campaign is composed of four adverts, which are designed for fictitious charity FGM Shelter. They show a halved cantaloupe and papaya being cut to “demonstrate the practice of FGM”, says the university.

“Since it’s a grotesque practice and a sensitive topic, people are too afraid or uncomfortable to get involved,” says Al Mansoury. “My way of raising awareness was through communicating it with fruit – a light way for the viewer to take in the message.

She adds: “By photographing a less invasive but compelling metaphor, the campaign shocks the viewer into realising the terror young girls are subjected to.” 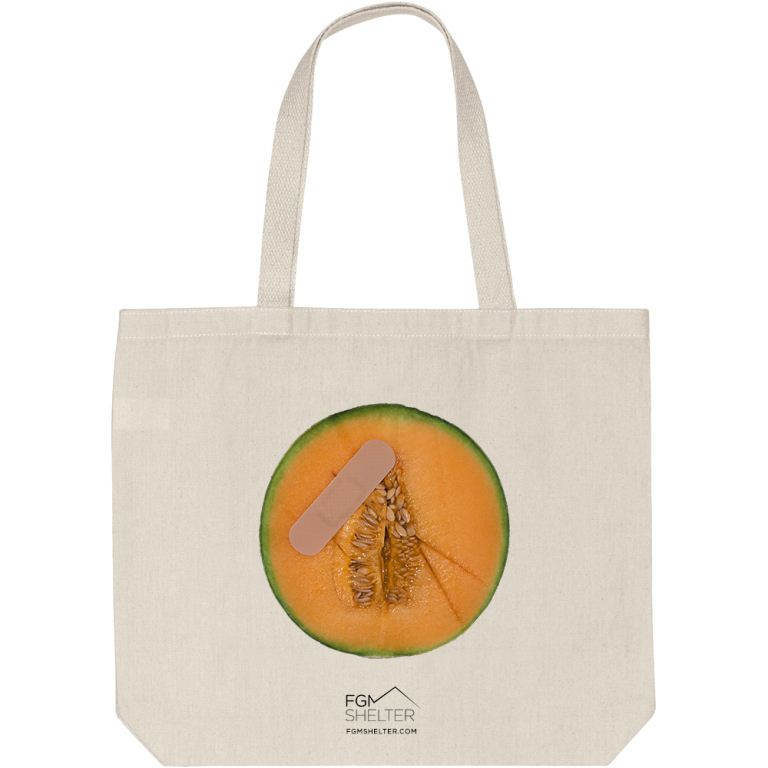 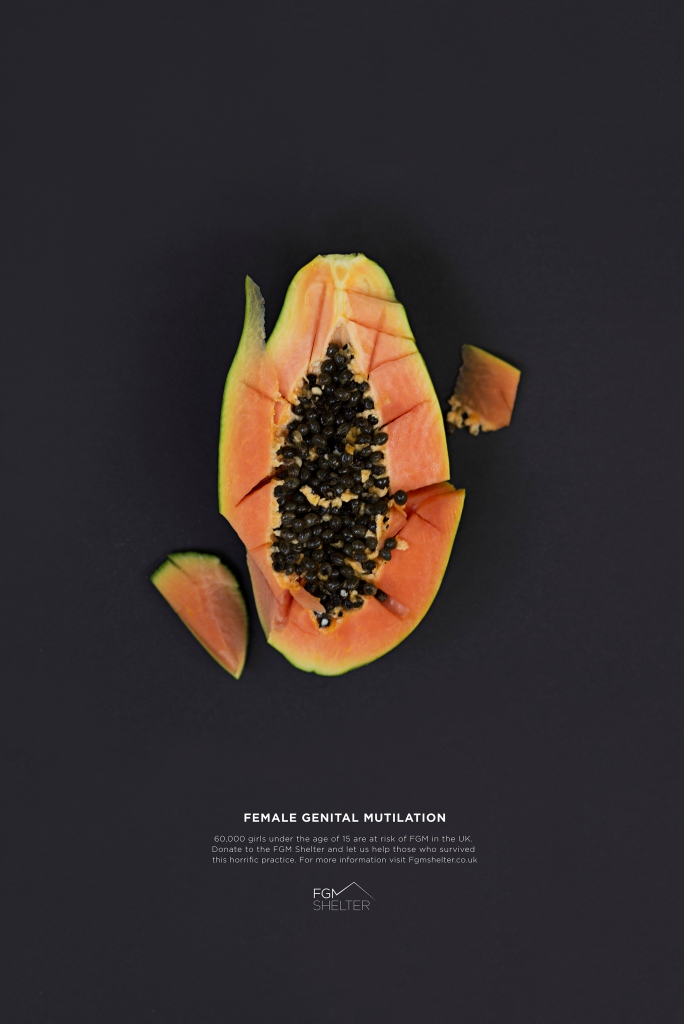 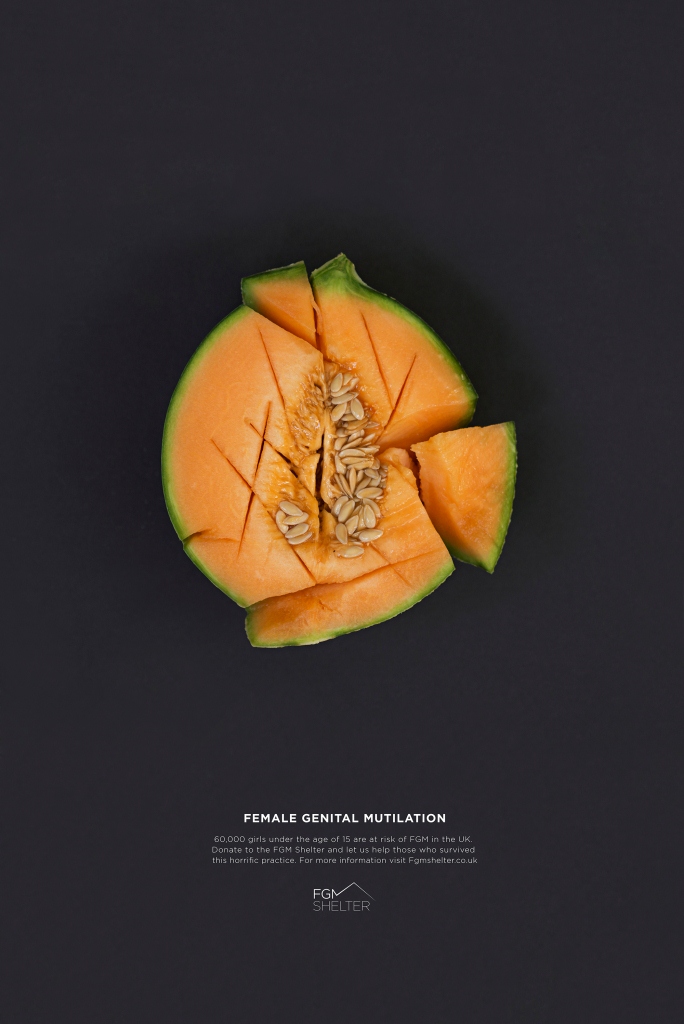