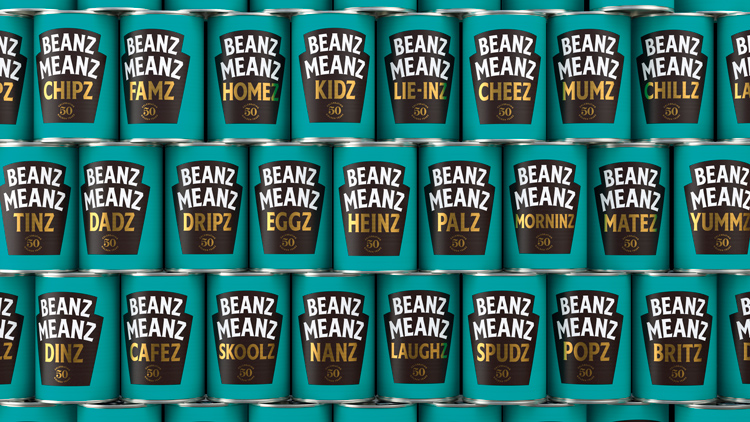 Jones Knowles Ritchie has created a 50th anniversary campaign for Heinz Beans, which playfully depicts what beans “means” to different people through various can designs.

The campaign includes the limited edition packaging, alongside an pop-up café in Selfridges on Oxford Street, London, and a store window display.

There are 50 different iterations of the tins, with everything from “Beanz Meanz Palz” to “Beanz Meanz Eggz”.

50 special limited edition cans were also signed by Maurice Drake – the man behind the Beanz Meanz Heinz slogan invented in the 1960s – and sold for charity in-store, with all proceeds going to the Ideas Foundation.

Stephen McDavid, design director at Jones Knowles Ritchie, says: “Drake’s famous slogan might be 50 years old but it has stood the test of time. This felt like the perfect opportunity to celebrate this slogan in a modern way.” 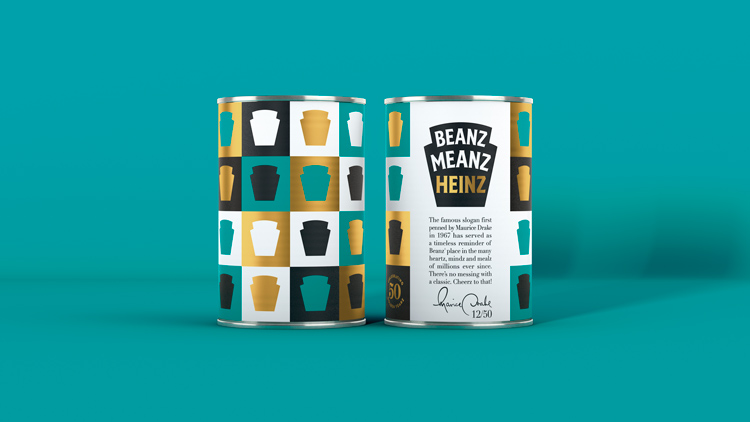 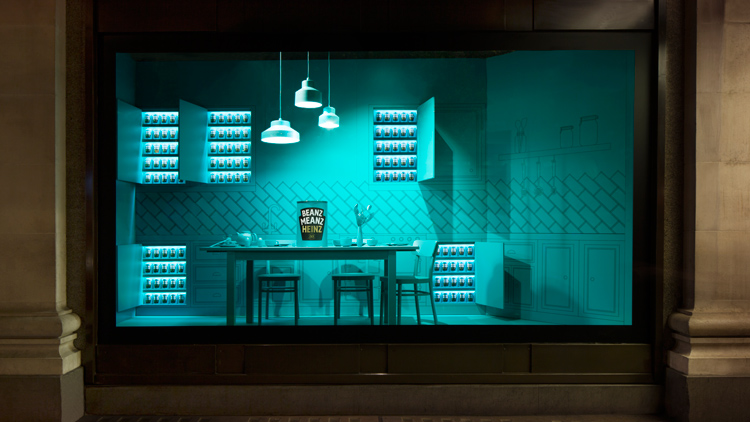 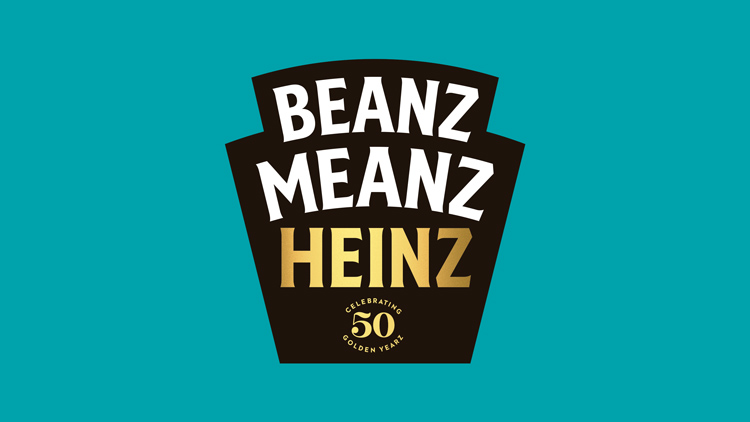 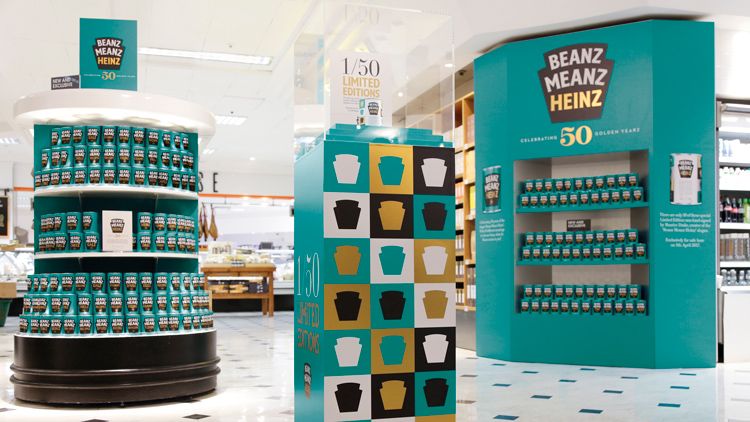