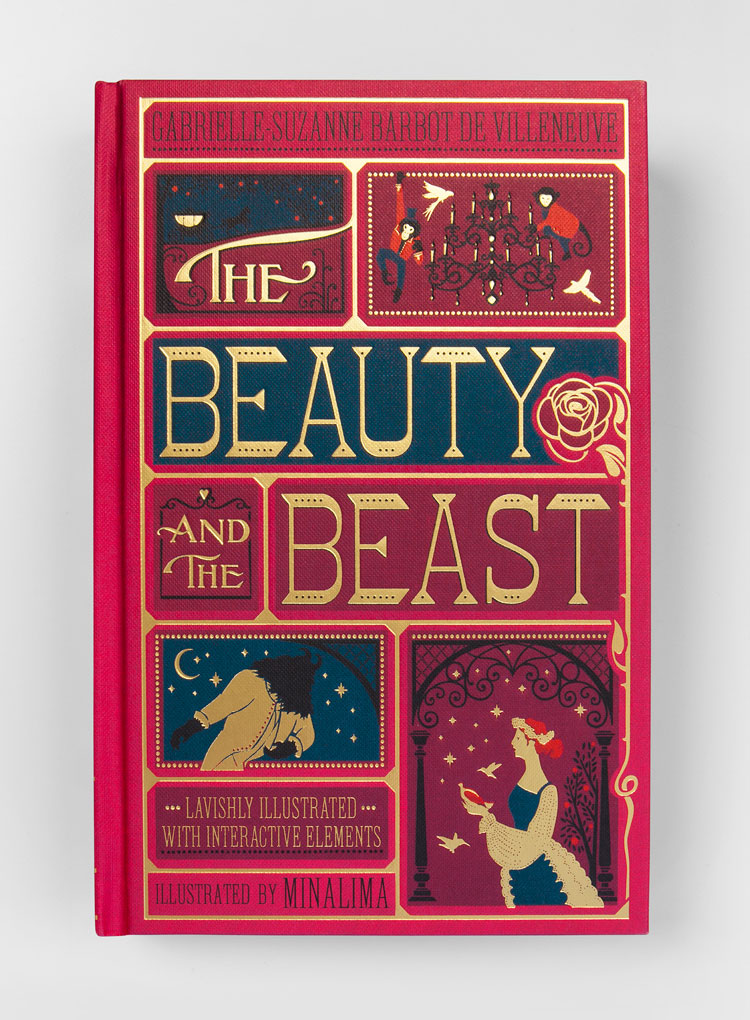 MinaLima – the studio behind the graphic props used in the Harry Potter films – has illustrated a new edition of Beauty and the Beast for publisher Harper Collins.

The book is printed on imitation cloth with gold foil type, and features colour illustrations and three-dimensional elements.

This includes fold-outs and flaps depicting maps of French cities and the interiors of the Beast’s palace, and a turning dial mimicking Beauty’s ring, which she wears in the story.

The book is released on 9 March, to coincide with the launch of the new Beauty and the Beast film by Walt Disney Pictures.

It is MinaLima’s third in a series of illustrated books for Harper Collins, following The Jungle Book and Peter Pan. 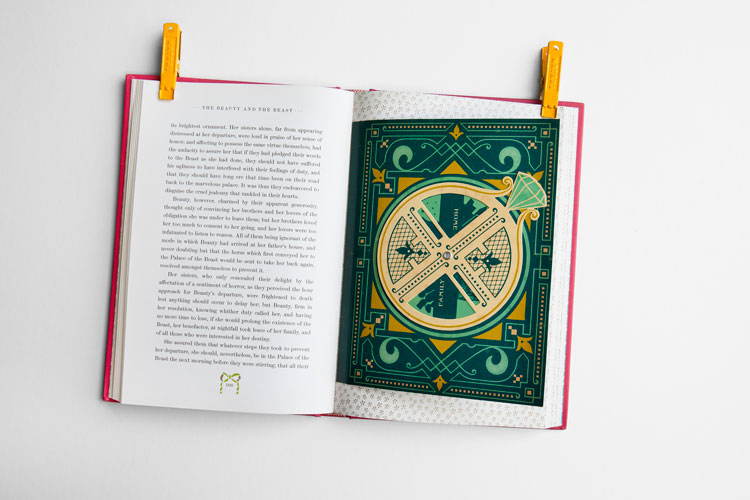 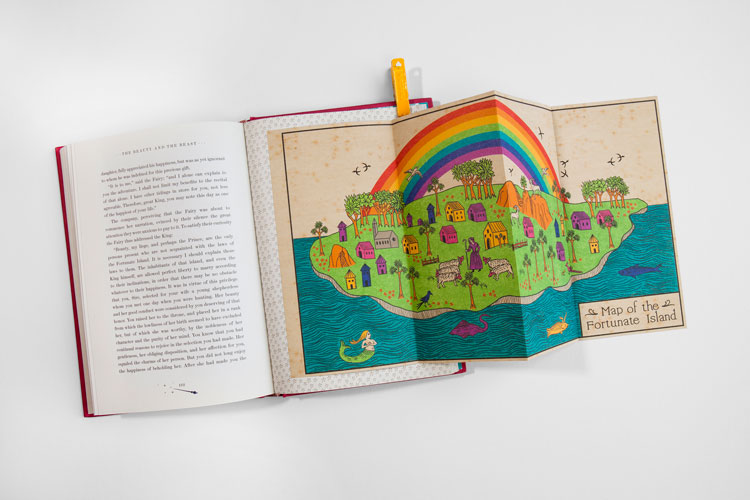 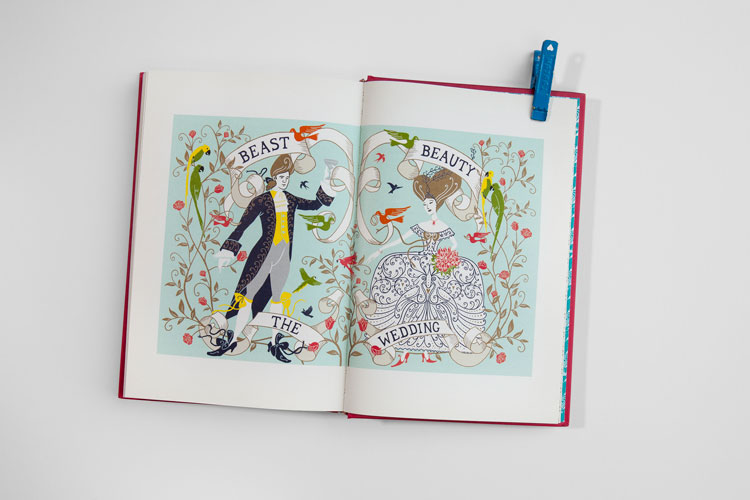 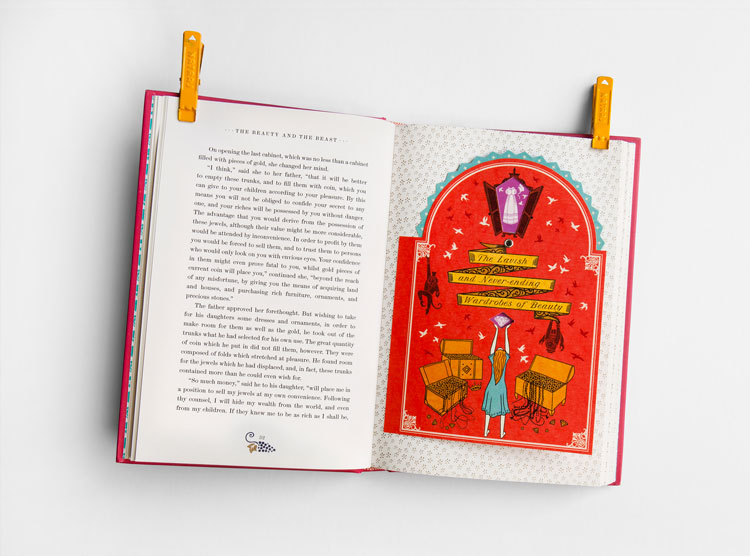 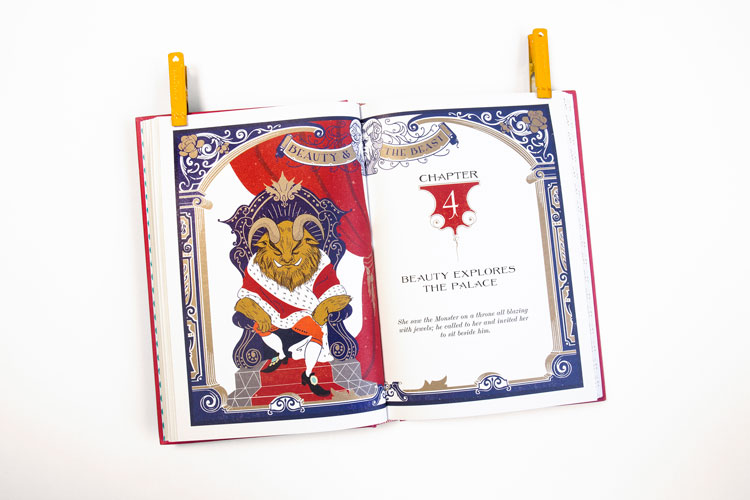 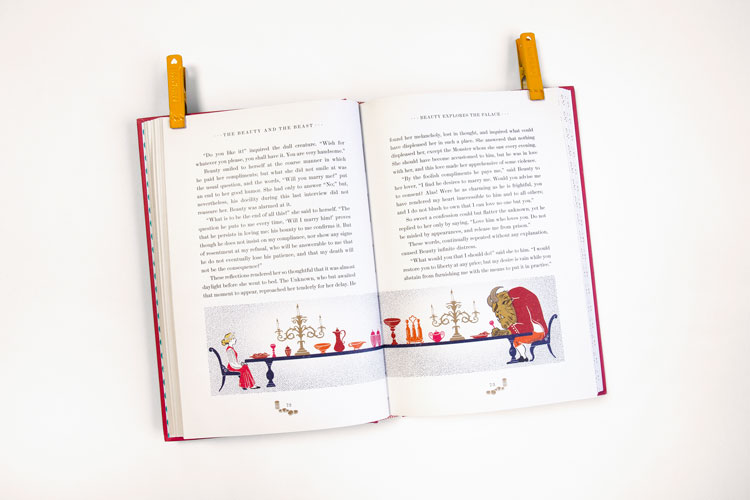 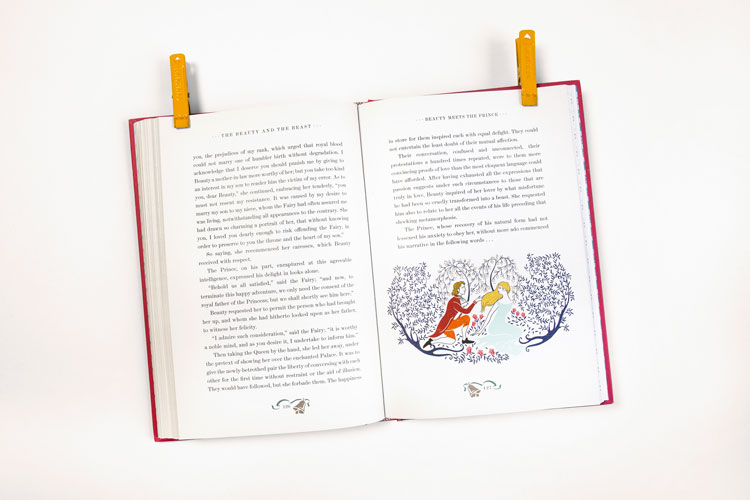