Consultancy Templo has launched a cultural engagement initiative called Brit-ish, which aims to celebrates the UK’s cultural diversity, and has created graphics for it.

The initiative was launched in collaboration with charity The Saturday Club Trust, which promotes art and design education for young teenagers through its masterclass programme, the National Art&Design Saturday Club.

The branding is composed of a grid of the Union Jack flag, which changes to “embrace flags of all other nations” via animation, says Pali Palavathanan, founder at Templo.

Palavathanan says the initiative was inspired by personal experience: “In 2013, I was turned away from a border crossing in South America because officials refused to believe I was British, despite the fact I was born in England and hold a British passport,” he says. “This inspired my studio to explore what it means to be identified as British and how to express our cultural diversity.”

Masterclasses were held by The Saturday Club at London’s V&A Museum, the Sunderland Glass Centre and Sheffield Hallam University in conjunction with the project, which invited students aged 13-16 to design their own bespoke Brit-ish flag.

20 of the flags are currently on display at London’s Somerset House and Embankment Galleries, to link in with the EU referendum taking place this week.

There will also be a website coming soon where users will be able to create their own flags digitally and share them via social media. 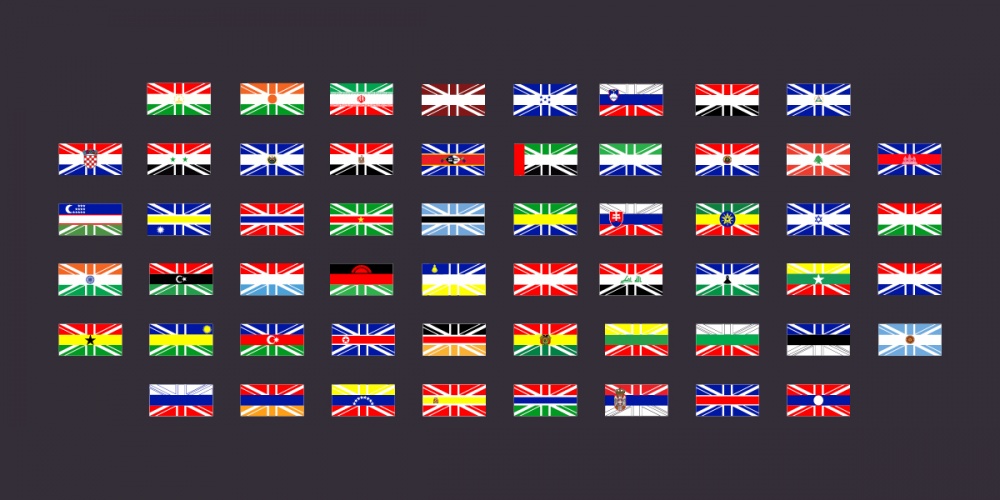