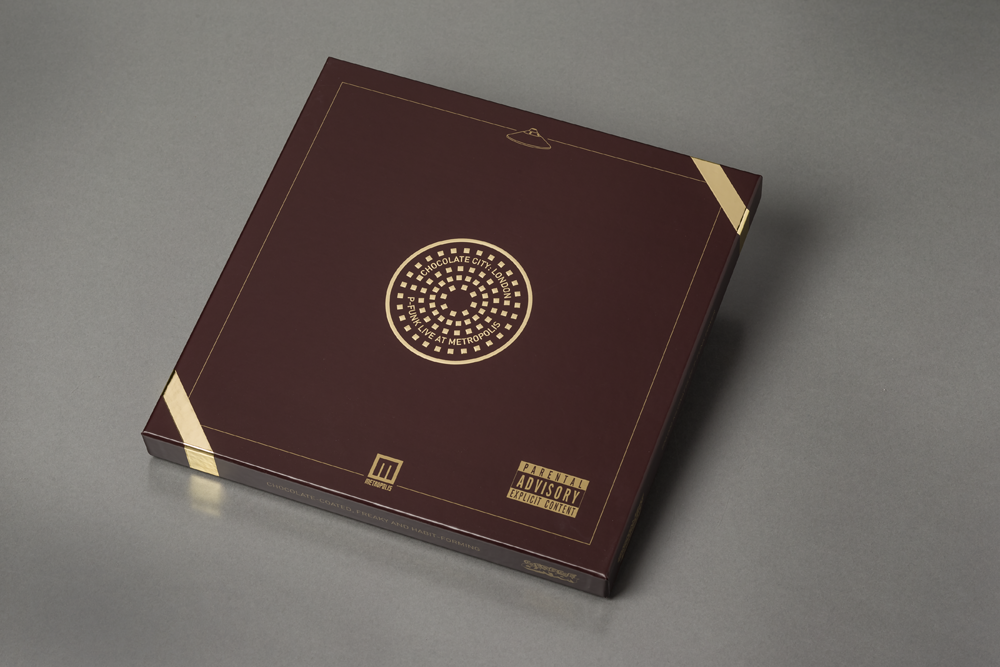 Jon Daniel has created the artwork for a box-set celebrating George Clinton’s 2014 performances at Metropolis Studios in London.

The box-set features 2 LPs, 2 CDs and one DVD as well as a special fold-out poster and sleeve-notes.

It has been designed as a “luxury box of chocolates” and includes padded black paper inserts and milk chocolate and white chocolate coloured marbled vinyl. 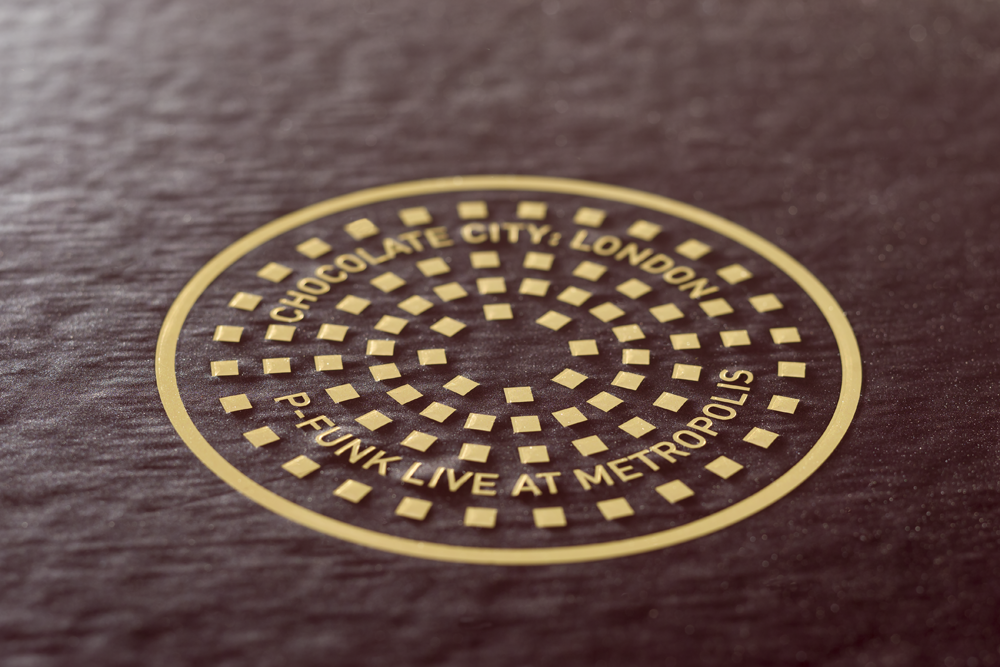 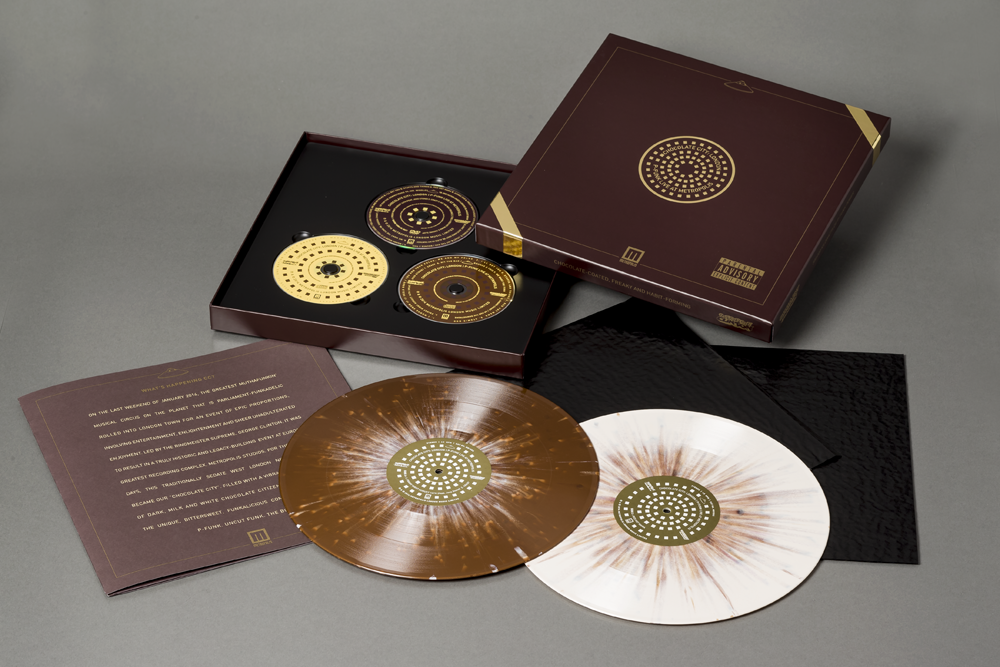 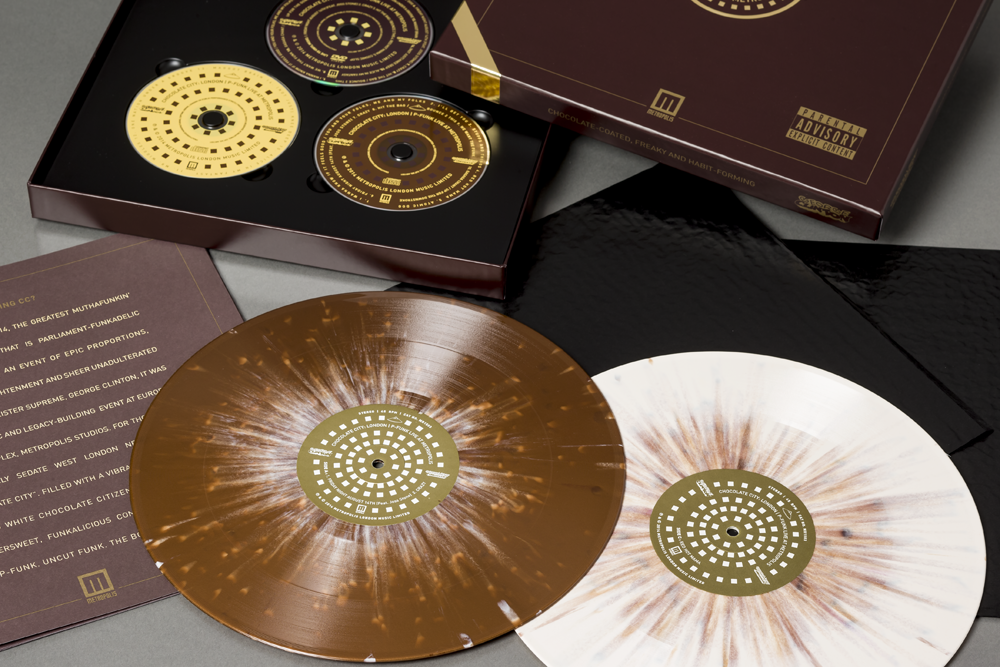 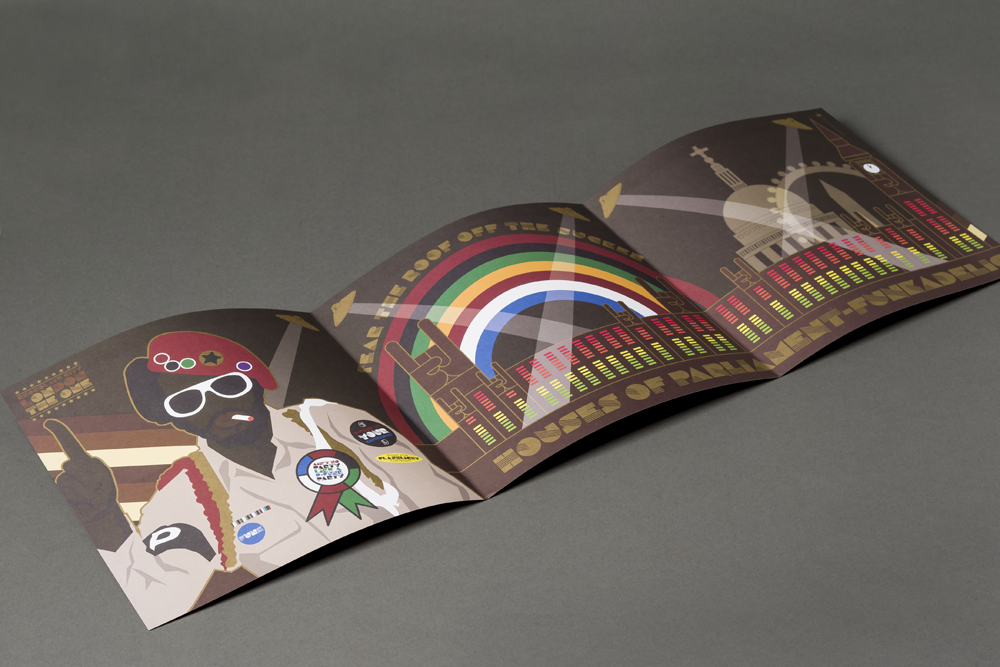 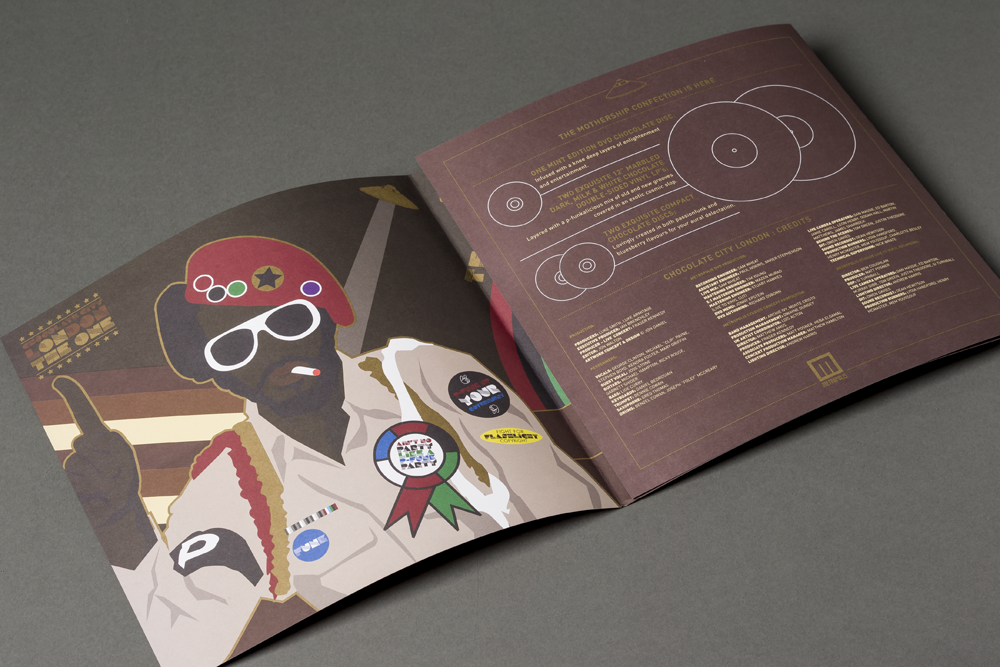 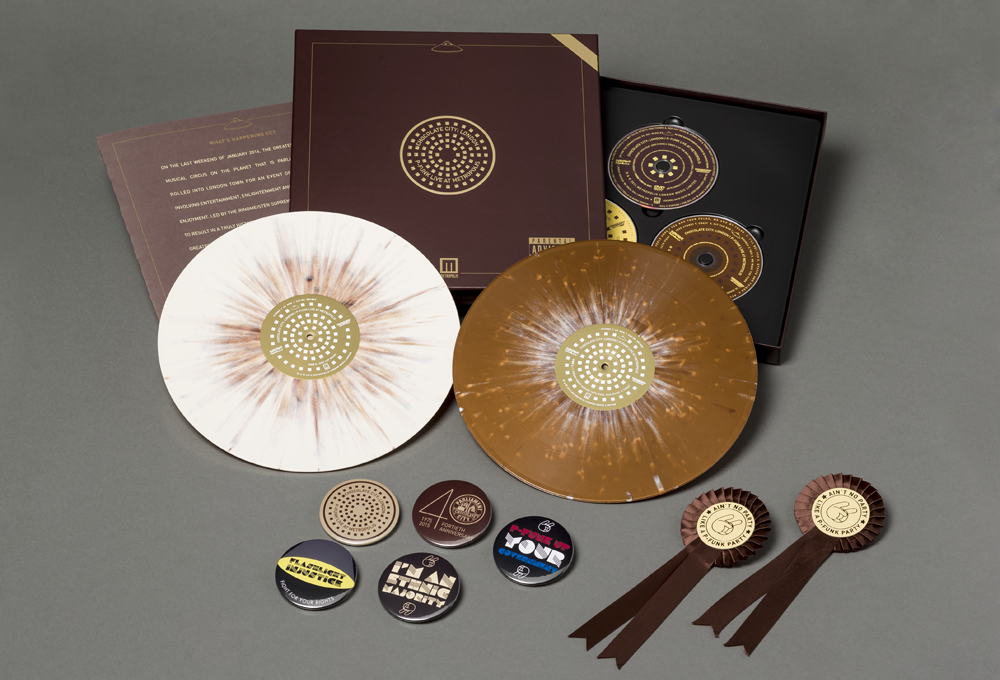 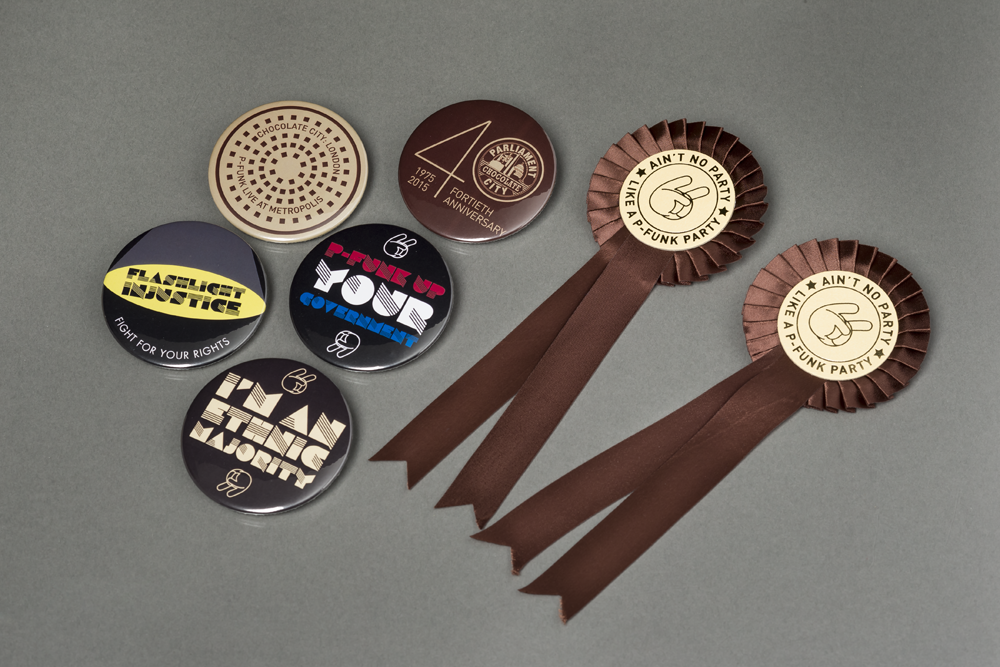 All images by Modo