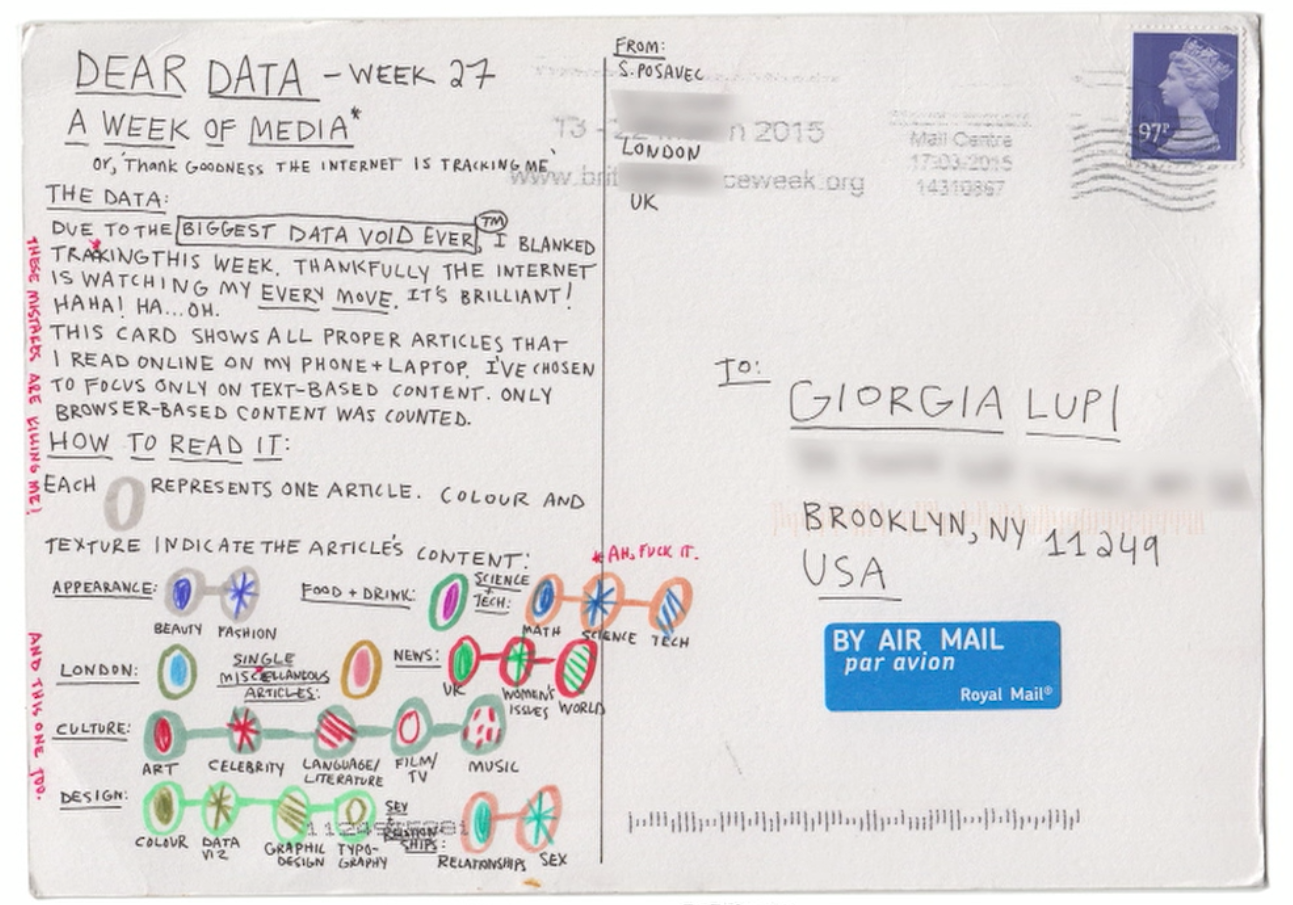 Dear Data is a project that marries pen-pal tradition with a modern focus on data collection and recording, using hand-drawn infographic postcards to communicate.

Information designers Giorgia Lupi and Stefanie Posavec had met twice before initiating the project, and are based in New York and London respectively. They chose to describe to one another what had happened to them each week using infographics, with topics including a week of compliments, a week of phone addiction and a week of urban wildlife. These were then posted to each other, aiming to inspire a slower approach to life to “uncover the warm heart at the centre of our everyday data.”

52 postcards were drawn over the course of the year-long project, presented in a new book  alongside the designers’ observations and learnings about data-drawing.

The Dear Data project has been awarded two Kantar Information is Beautiful Awards, and was exhibited as part of Somerset House’s Big Bang Data exhibition. It is on show at London’s Science Museum until July 2017.

Dear Data is published by Particular Books on 1 September 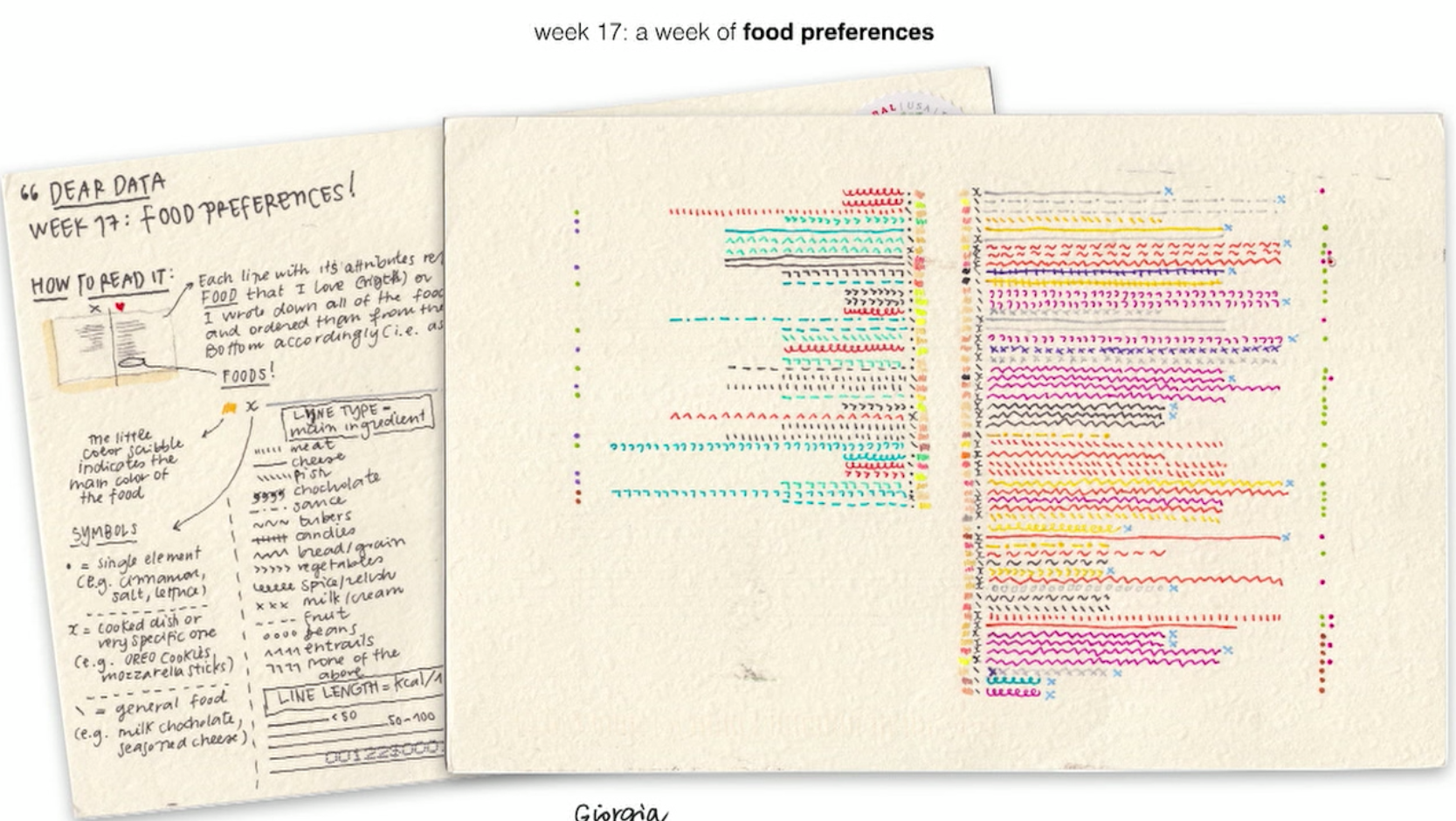 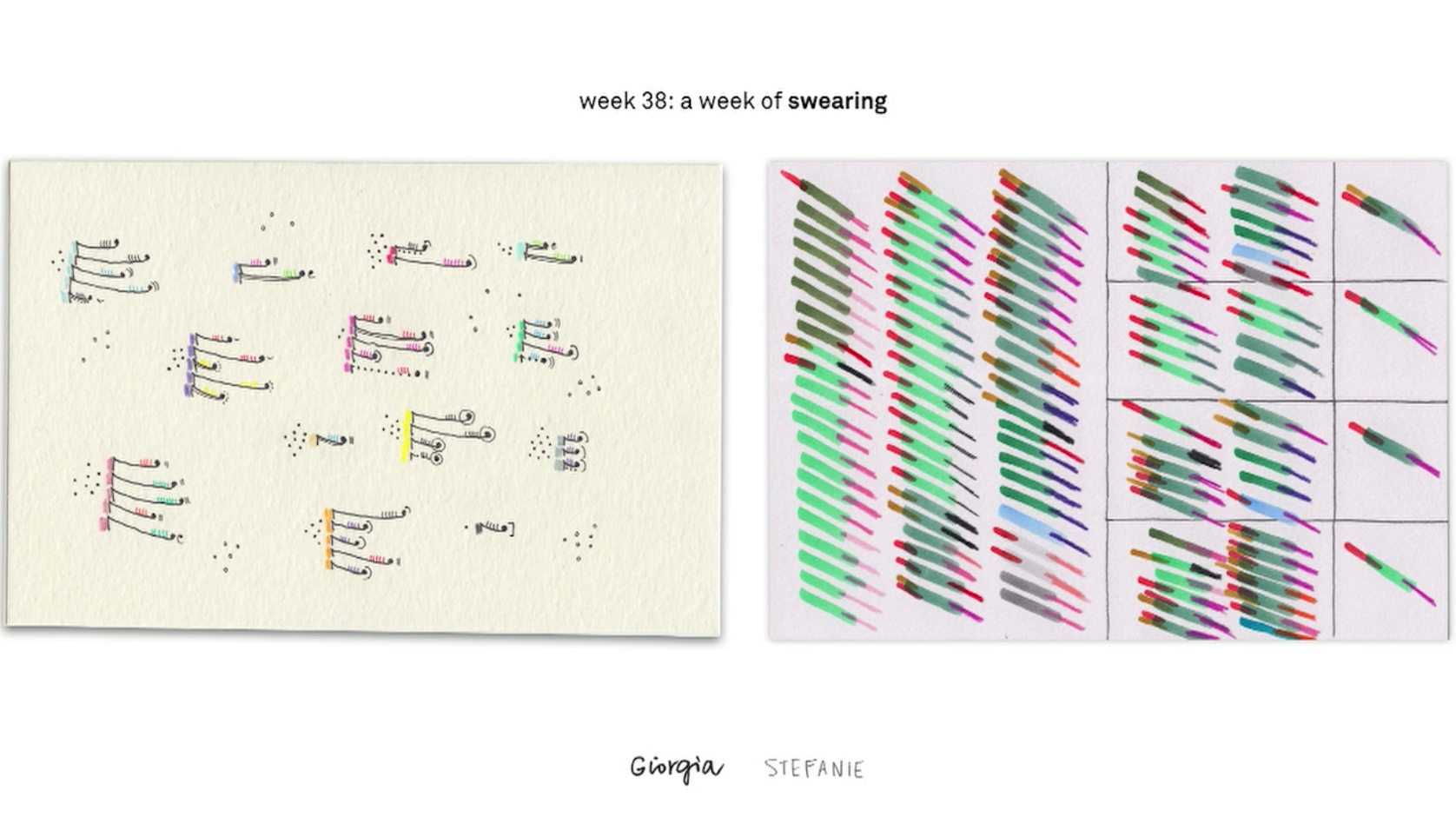 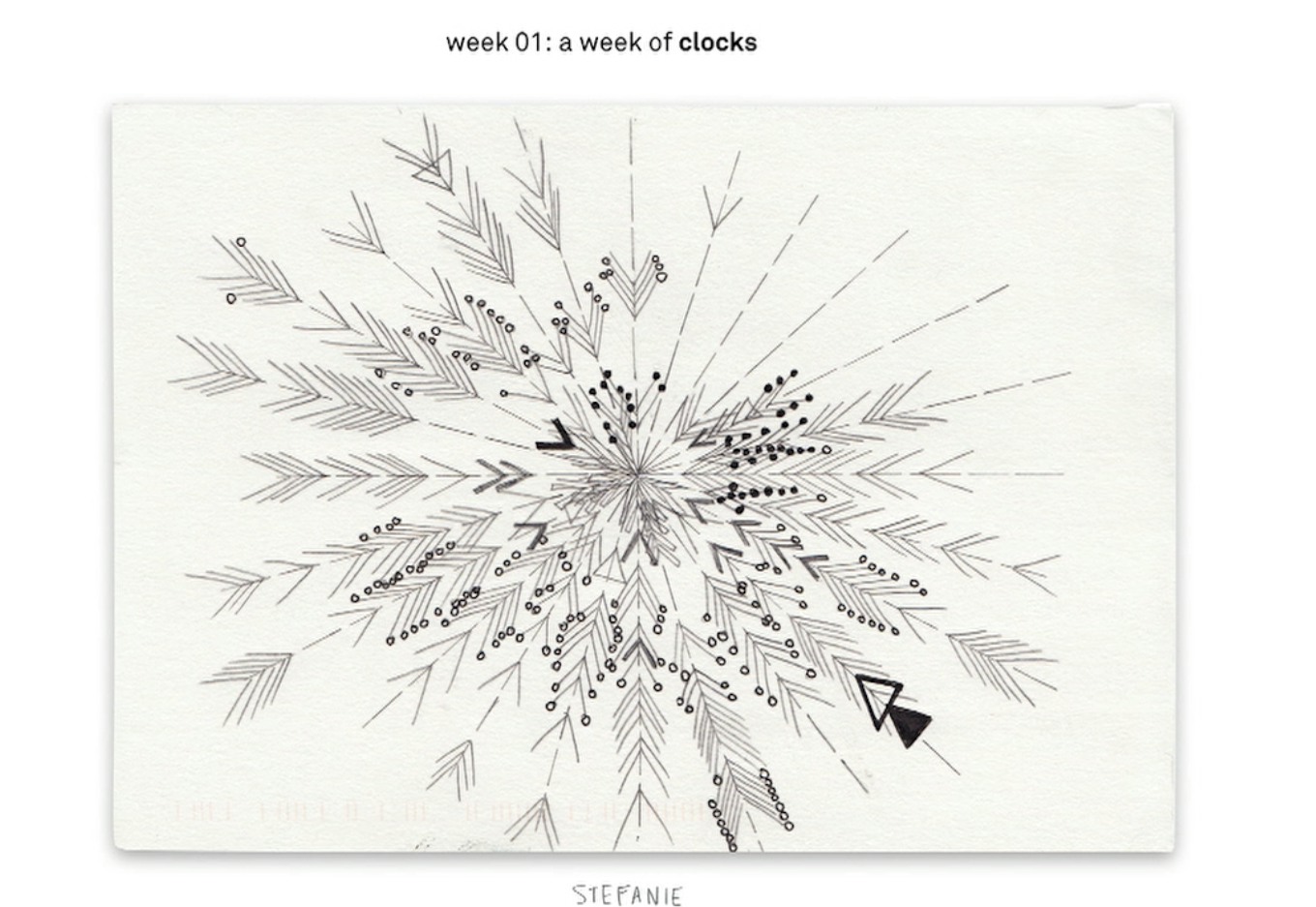 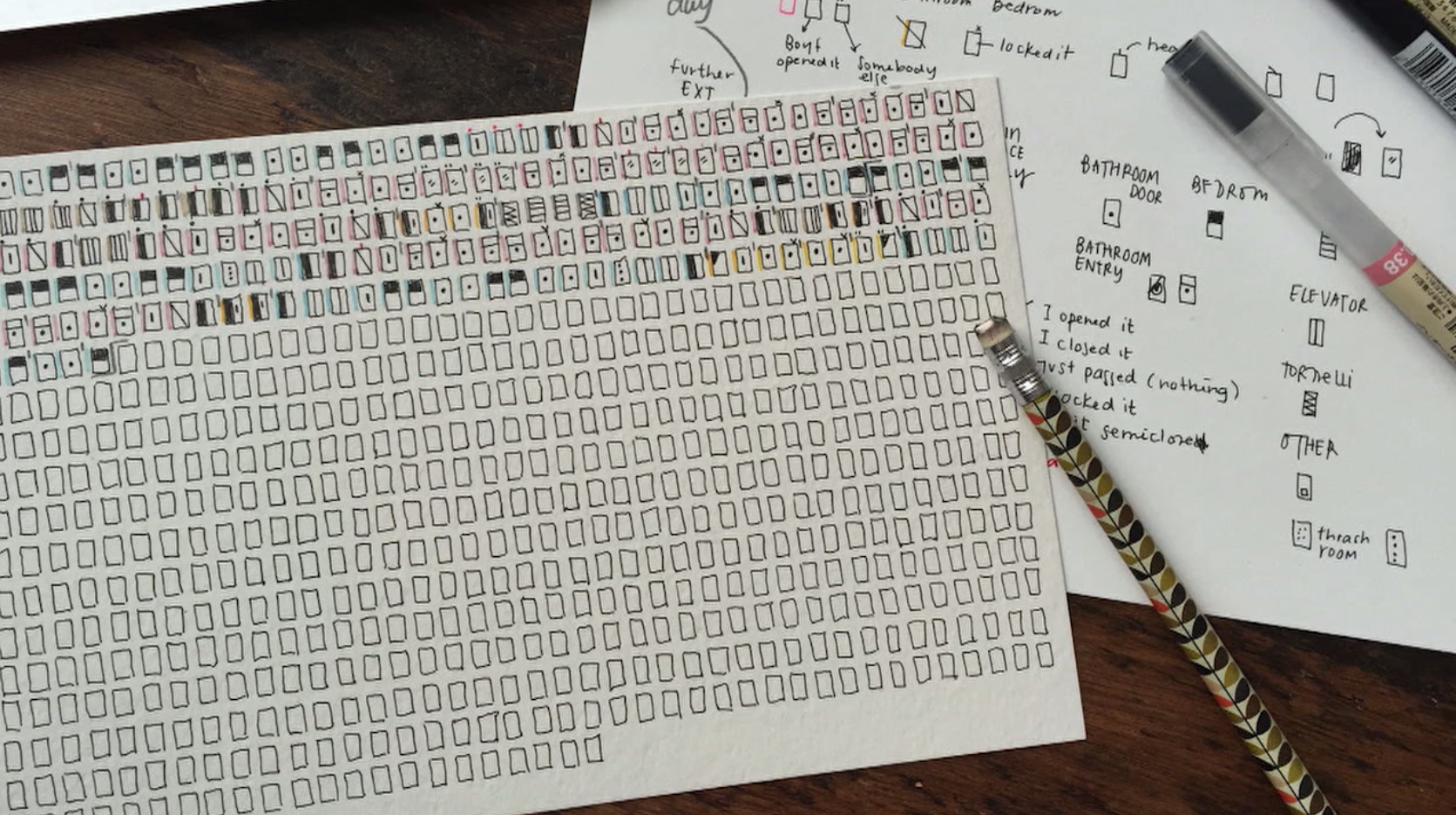 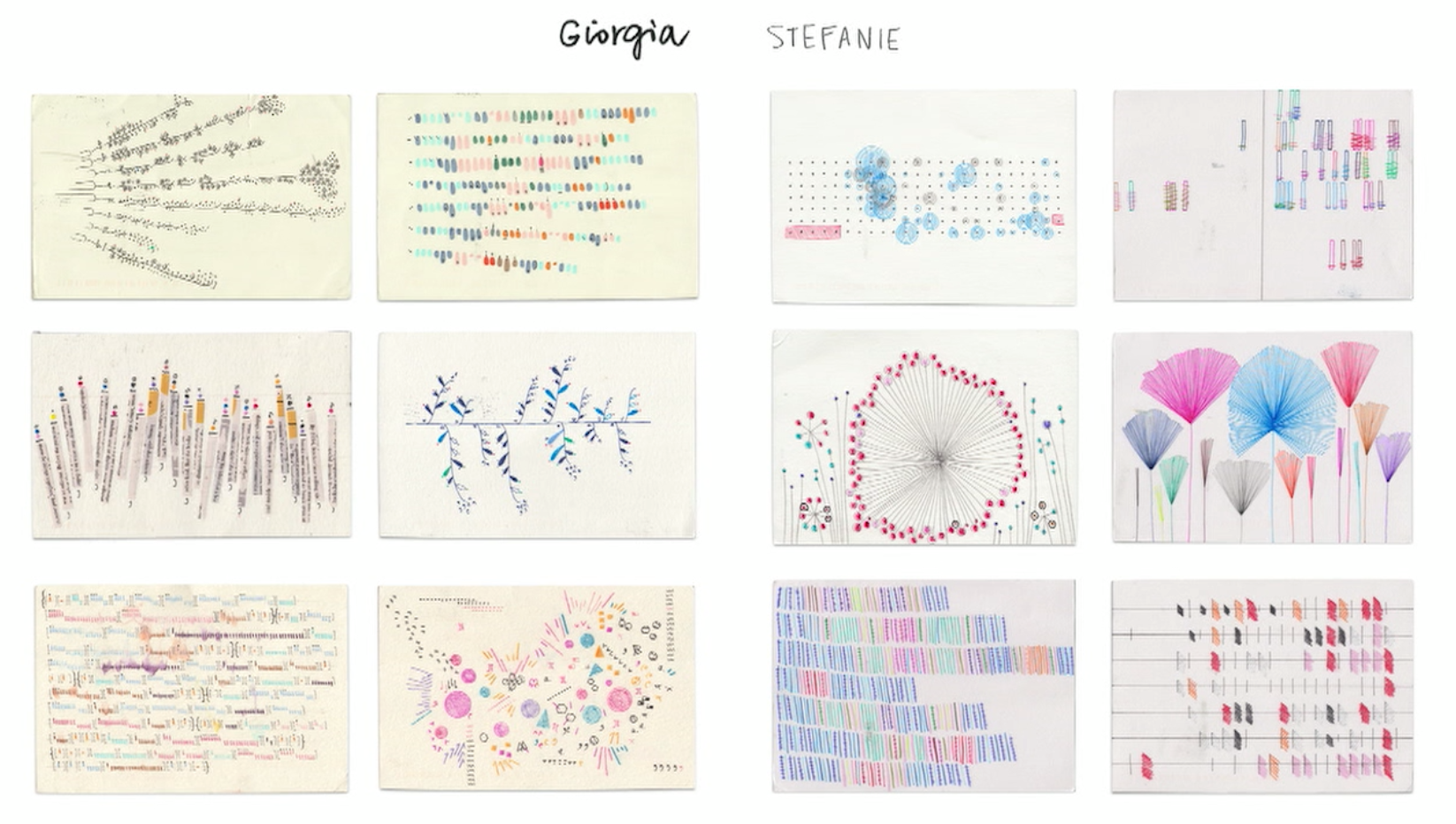 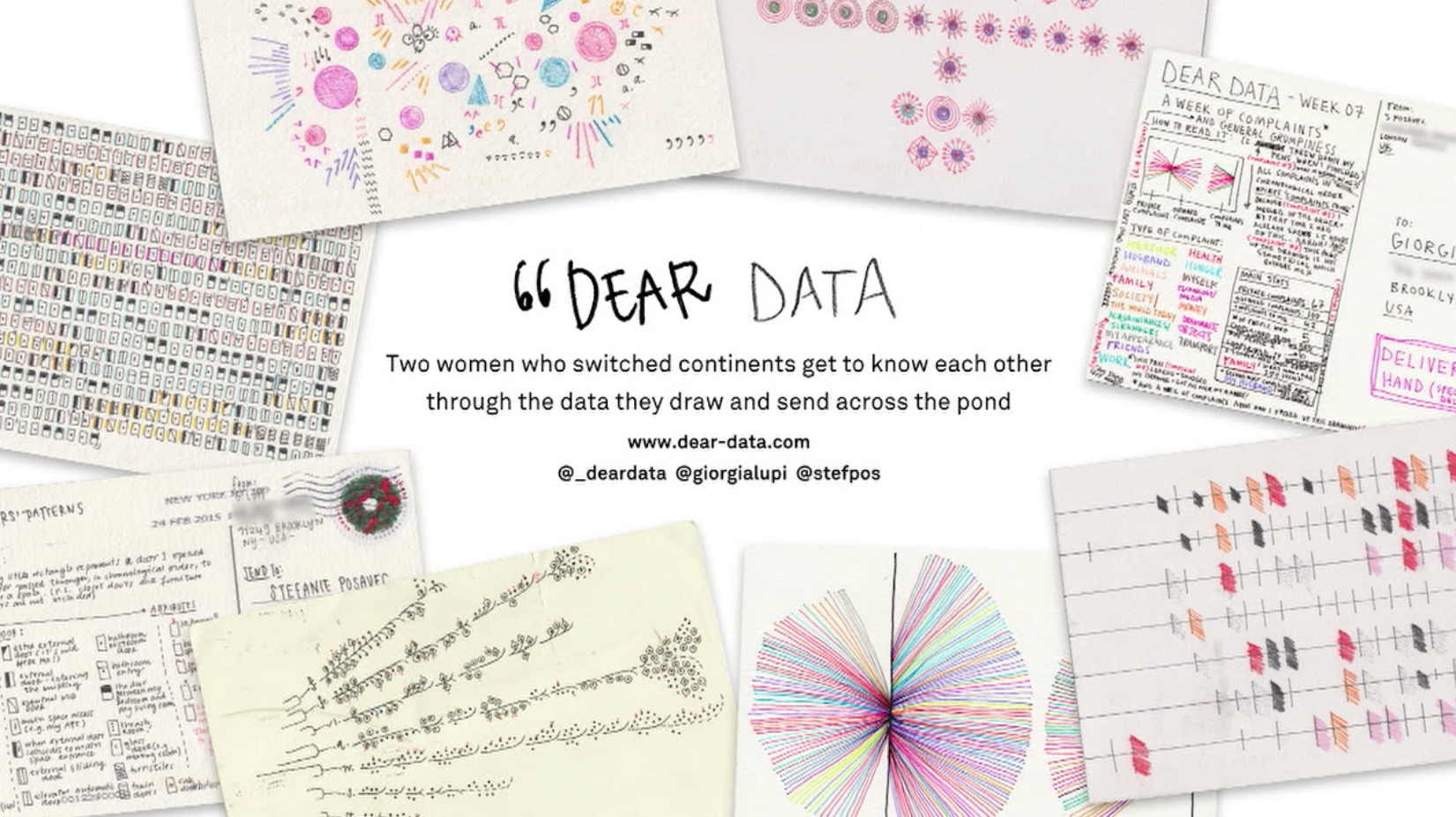