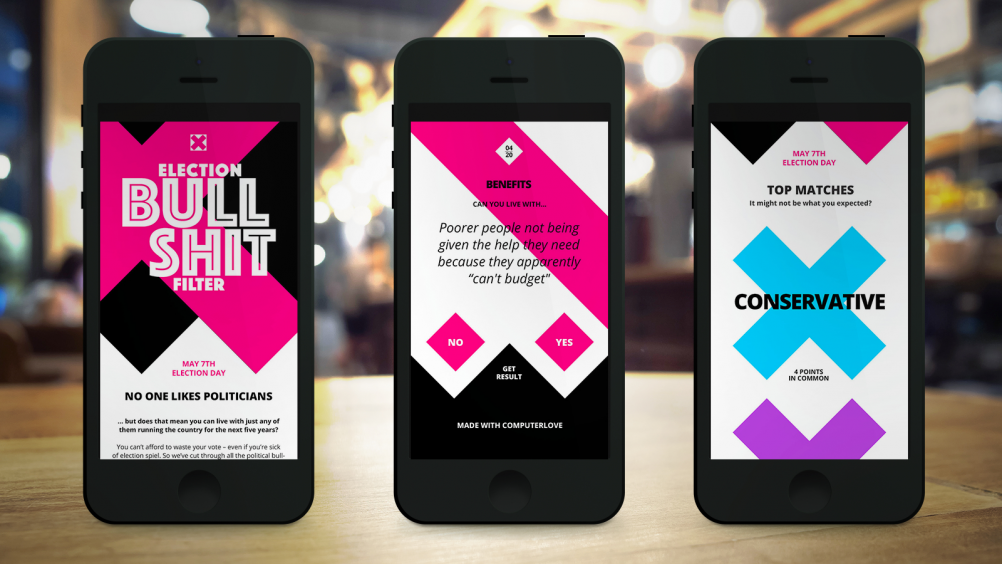 Code Computerlove has created an online tool that aims to help young and first-time voters cut through the “bullshit” of the General Election.

The ‘Election Bullshit Filter’ offers users statements based on issues affecting young voters, and are asked if they can “live with” them or not. The quiz then reveals the party it feels most closely represents the user’s priorities. Colin Preston, creative lead at Code Computerlove, says: “A few of us here at Code – like so many young and first time voters – were getting fed up with the multi-party bun fight being played out in the media. All the spin doctoring makes it increasingly difficult to determine which party you might actually want to get behind.

“When we reviewed some of the supposedly easy online election advice tools we found them long, complicated and not all engaging.

“We decided to come up with a way to make learning about politics easier and more engaging. The Election Bullshit Filter was something we knew would be fun to create and also be useful for the many undecided voters out there.

“We have been intentionally controversial in our use of language and visual direction to appeal to the disengaged young electorate in this country.”