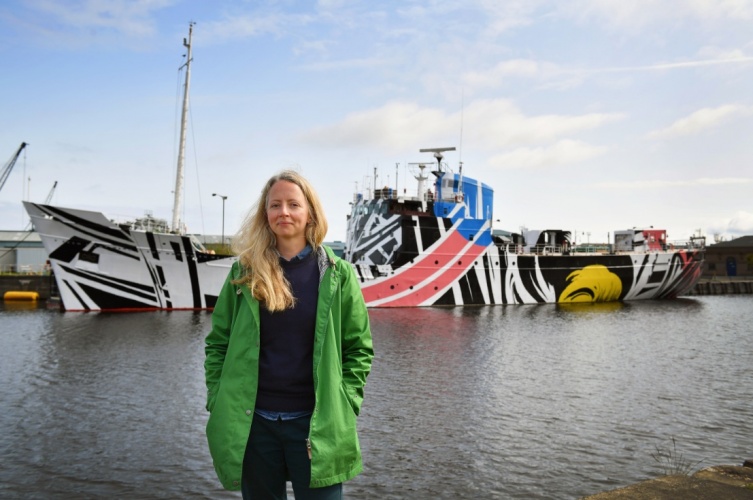 Turner-prize nominee Ciara Phillips is the latest artist to develop a design for Dazzle Ship Scotland.

Every Woman, a public art commission by Edinburgh Art Festival and 14-18 NOW, adorns the iconic vessel MV Fingal at Leith Dock, in Edinburgh.

The technique involved covering war ships in abstract designs to prevent the enemy from determining their speed and direction.

The concept of Every Woman is inspired by the largely untold histories of women during the war who were employed to send telegraphs and signals to the front lines.

A message in Morse code is also embedded within the ship’s retro, reflective paint. This will shine out in the darkness to demonstrate the ship’s former role as a supplier to remote lighthouses.

Phillips joins a number of artists, including Sir Peter Blake, who have also undertaken a dazzle ship commission.

The programme recently unveiled the ‘Dazzle It’ app, which allows smartphone users to create their own dazzle designs. 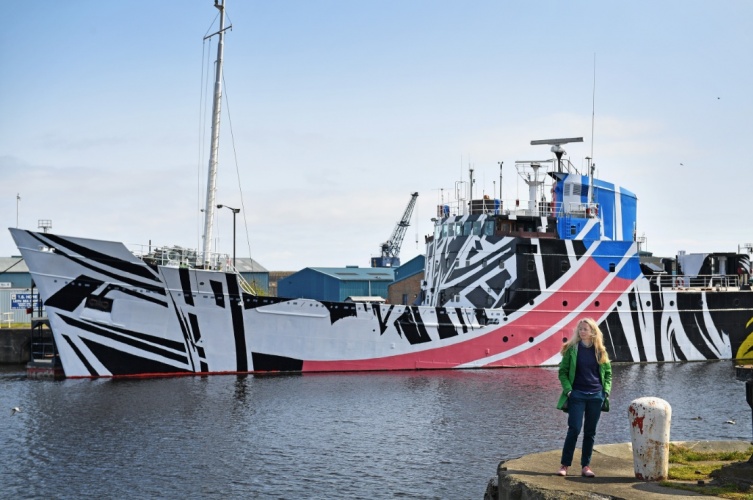 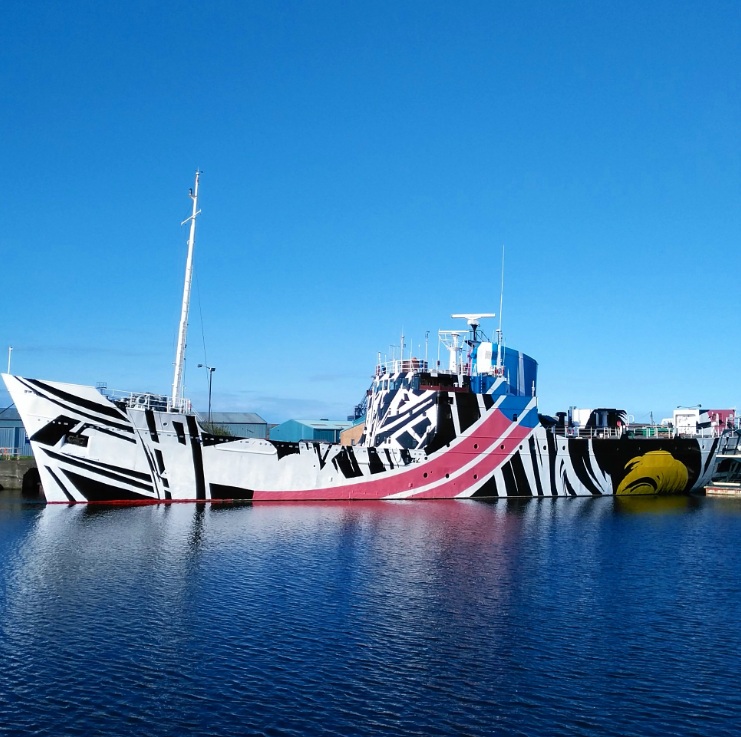