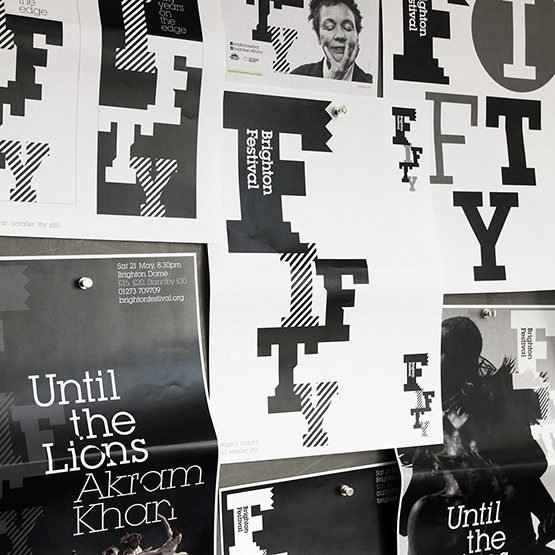 After rebranding Brighton Dome and Festival, Johnson Banks was tasked to create an identity for the 50th edition of the Brighton Festival, which will take place in May.

The consultancy says: “Right from the start we wondered whether we could incorporate their ‘F’ logo into the word ‘FIFTY’, to create a one-off logotype and side-step the usual conventions for ‘anniversary’ logos (which always seem to involve roundels and/or type set on circles).

“The festival has always celebrated the experimental, unusual and cutting edge in the arts, so we summed this up with this year’s strapline, fifty years on the edge. The ‘FIFTY’ marque began from there – avoiding the traditional, and sitting on the edge, literally and figuratively. The vertical type, chevrons and diagonal cut letters add to the effect, and our aim is to carry these dislocations through into the rest of the scheme.”

This year’s Brighton Festival is curated by Laurie Anderson and will take place from 7-29 May. 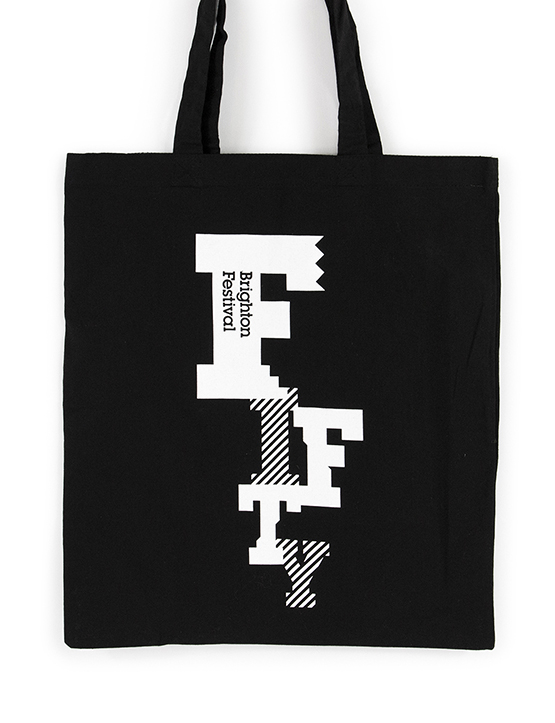 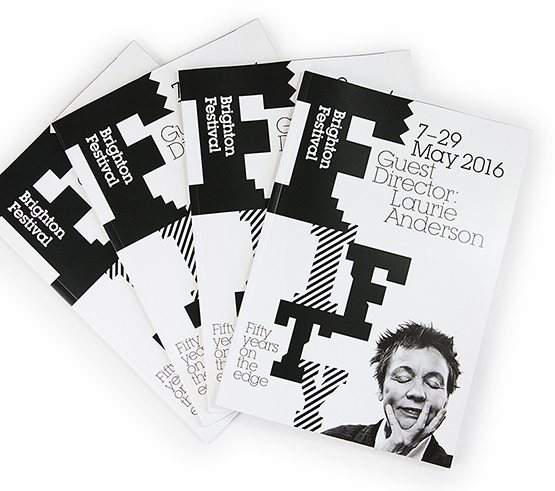 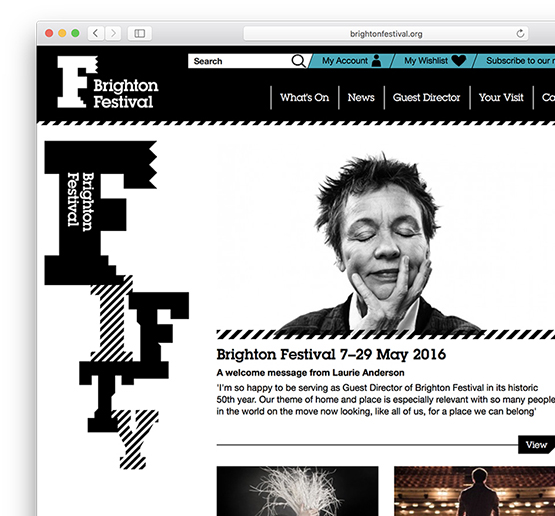