Michael Rakowitz and Heather Phillipson have been chosen as the next two artists to design commissions for the Fourth Plinth site in London’s Trafalgar Square.

Rakowitz’s design is based on his The Invisible Enemy Should Not Exist project started in 2006, which has recreated over 7,000 archeological artefacts looted from the Iraq Museum during the Iraq War or destroyed in its aftermath.

Rakowitz will recreate Lamassu, a winged bull that stood at the entrance to Nergal Gate of Nineveh in Iraq from 700 BC, which was destroyed by terrorist organisation so-called ISIS in 2015. The Lamussu will be made out of empty date syrup cans from Iraq, in reference to a once successful national industry that was destroyed by the Iraq War.

Phillipson’s commission is called The End, and sees a sculptural whirl of cream topped with a cherry, parasite and a drone. The piece looks to explore the extremes of shared experiences ranging from celebrations to protests.

The two sculptures will be the 12th and 13th works to appear on the Fourth Plinth since the commissioning programme began in 1998.

Rakowitz’s final design will be unveiled in 2018, while Phillipson’s will go on display in 2020. 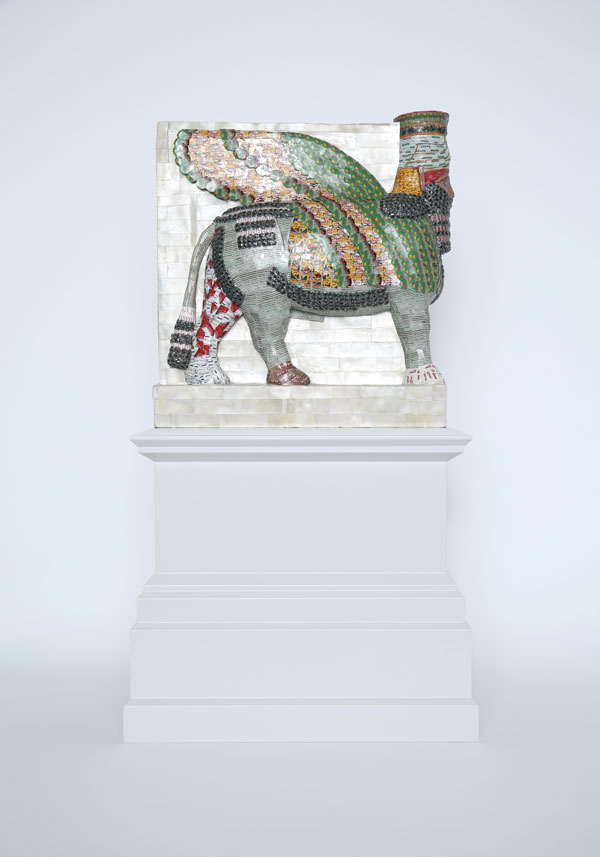 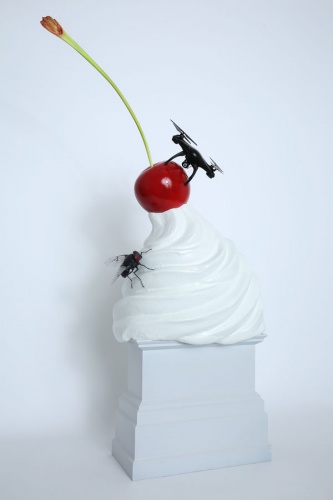