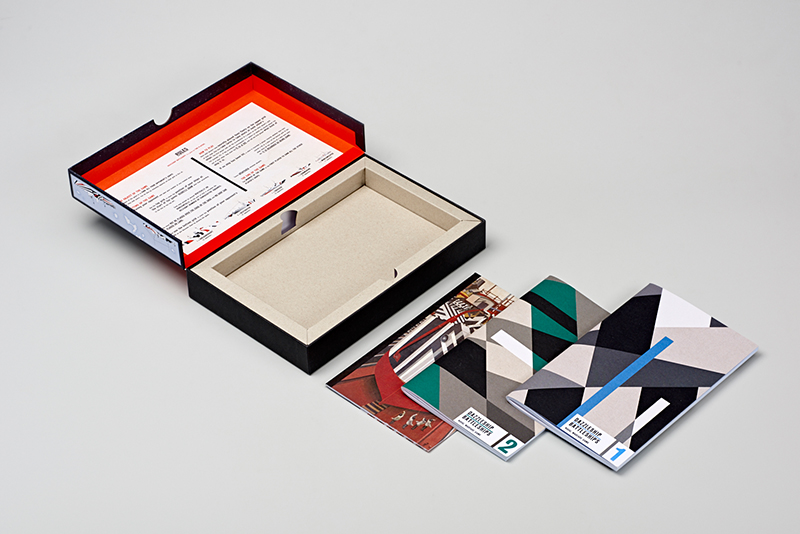 Dazzleship Battleships is, as you might imagine, a twist on the boardgame classic battleships, only involving dazzleships – which featured unique camouflage patterns and were deployed during World War One by allied naval forces. The patterns were inspired by the Vorticism and Cubism movements of the time.

Dazzleship designs pop up throughout the game including on its woodcut cover by Andrew Davidson, its two playbooks set on redrawn nautical maps and the accompanying booklet explaining the history of dazzle and its relationship to avant-garde art.

The second game Rock, Paper, Scissors, Bomb is based on the children’s hand signal game, but includes the addition of a bomb card, which can beat any other card.

Mads Berg has provided illustrations and it has an Italian Futurism feel. 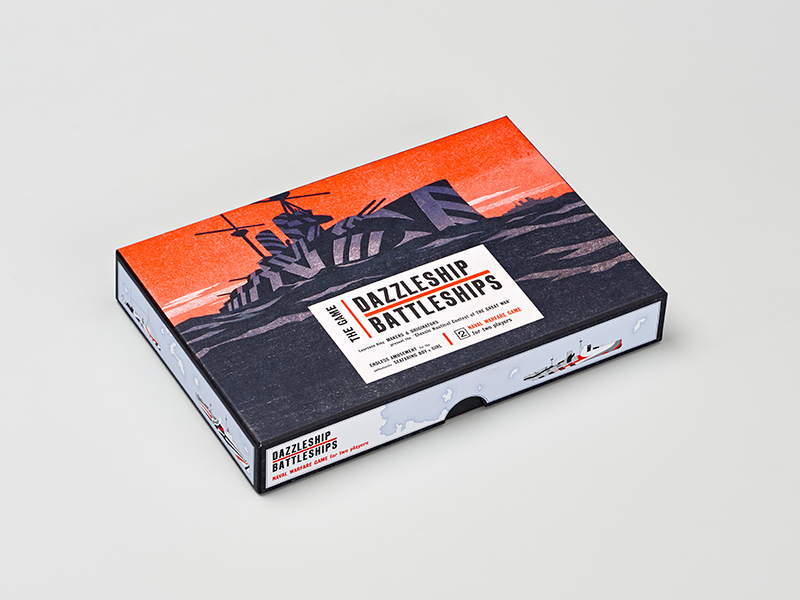 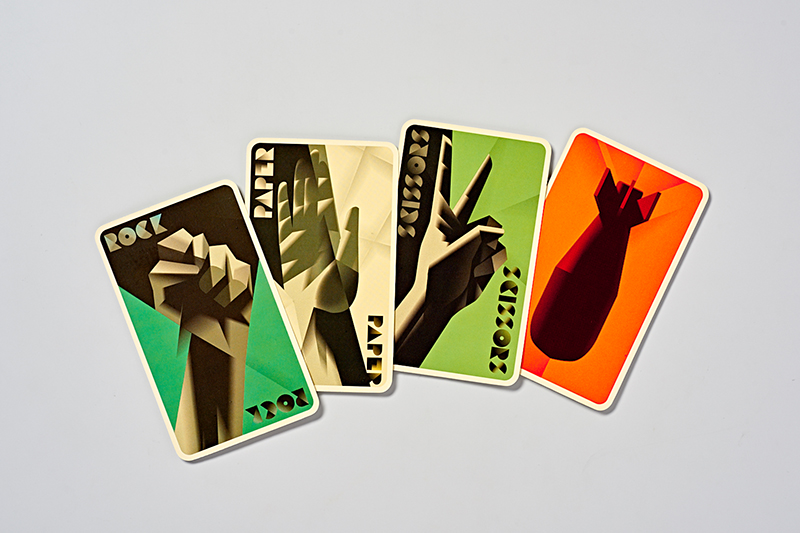 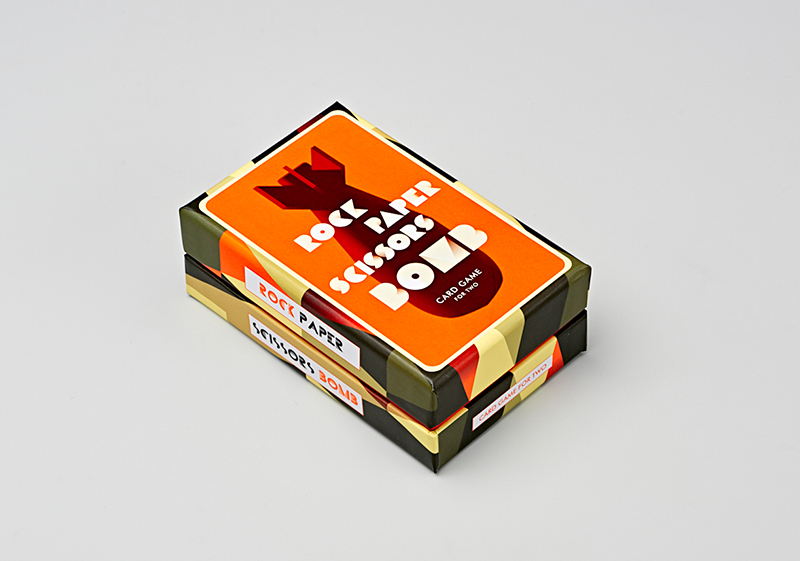