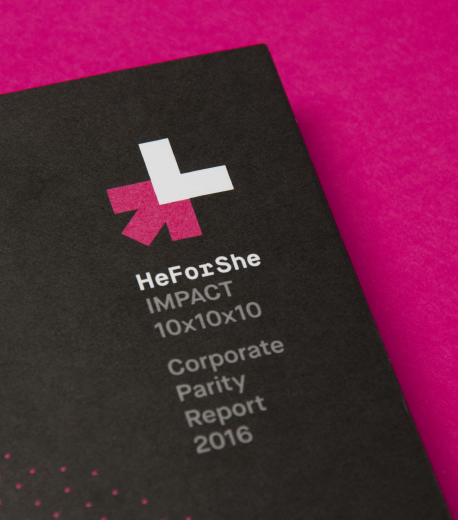 Consultancy Alphabetical has been appointed to work with gender equality campaign HeforShe.

The first design project involved visualising a report looking at gender diversity figures of 10 of the world’s biggest companies.

It aims to offer “transparency” that will allow companies to assess their gender equality honestly.

The consultancy says it developed a concept that “visually highlights the divide between men and women” by using physical separation between pages in the centre of the report.

“It was important that the audience could easily understand all of the complex information within the report,” Alphabetical says. “This concept helped to quickly communicate where each organisation stood in terms of gender parity through clearly dividing key text and data graphics.” 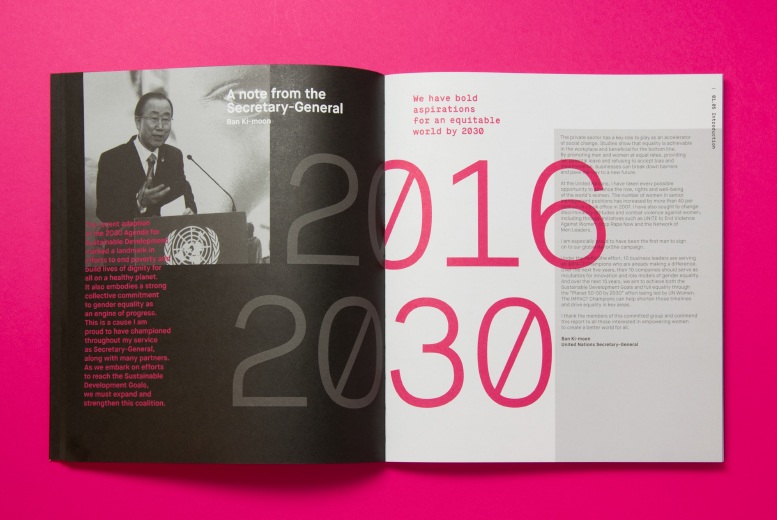 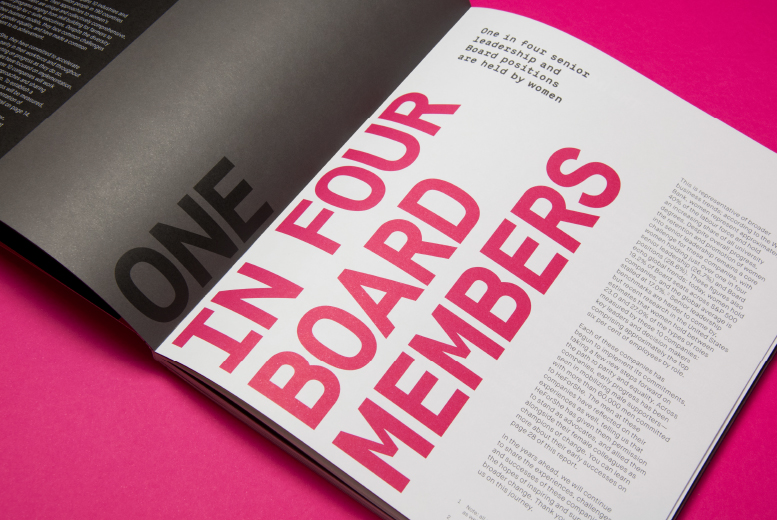 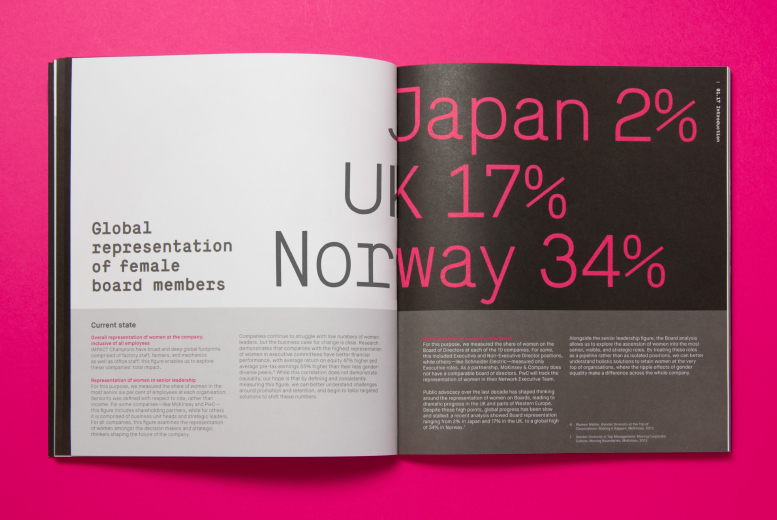 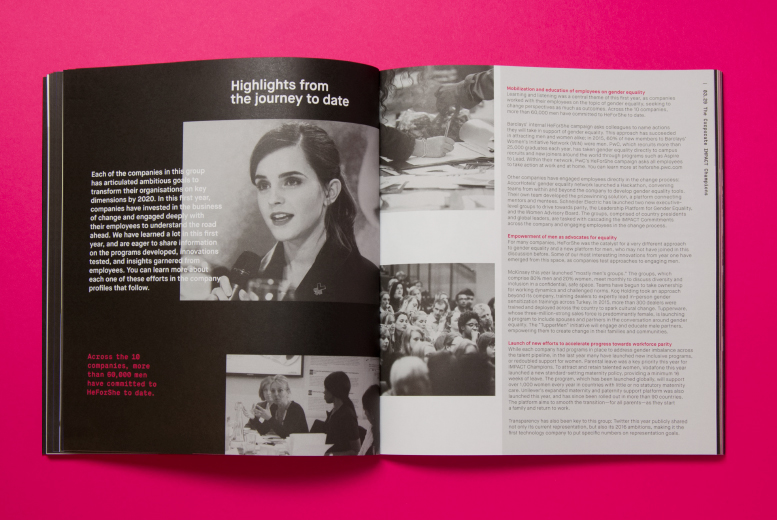 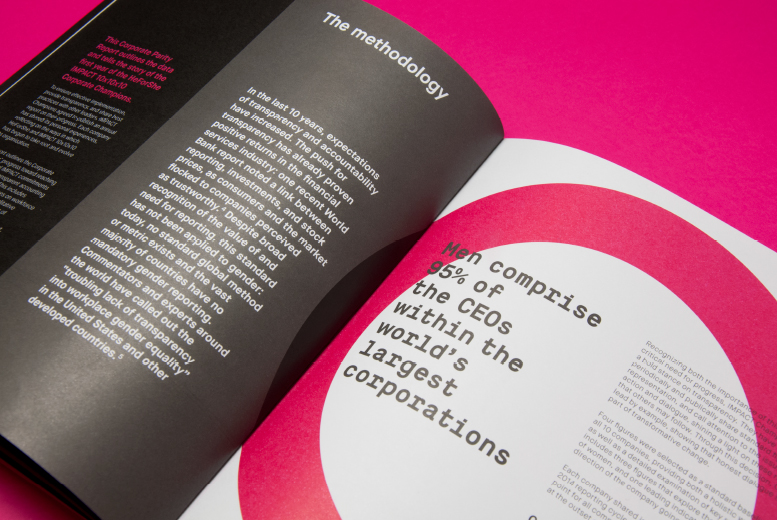 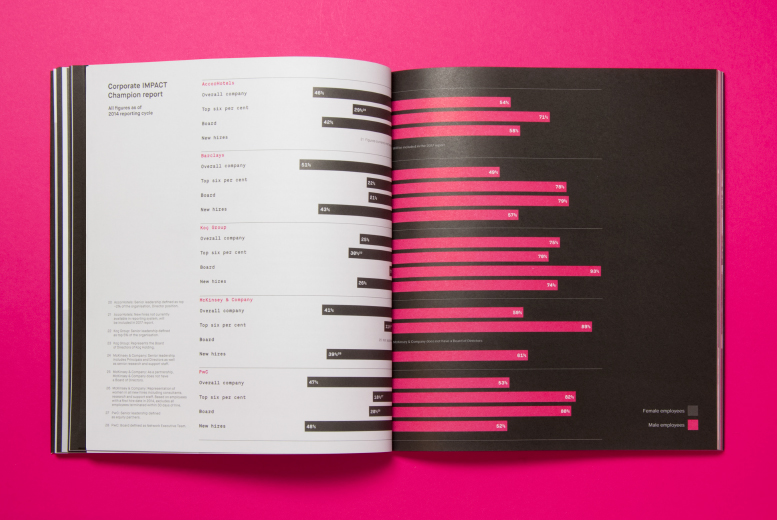 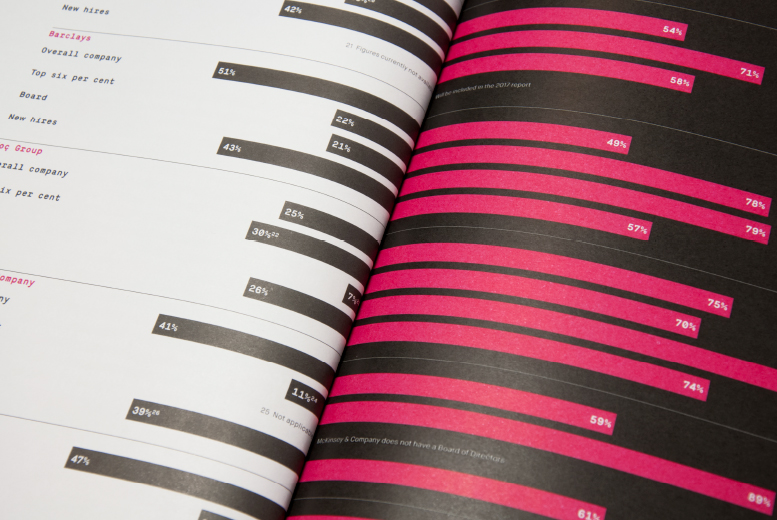 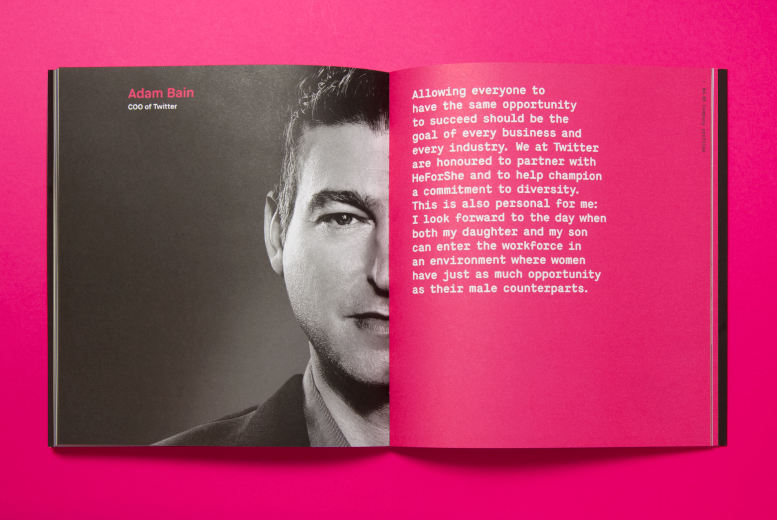 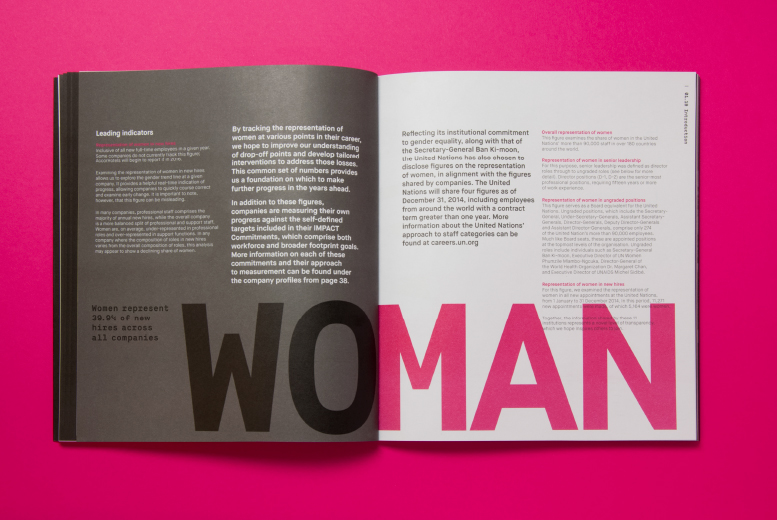