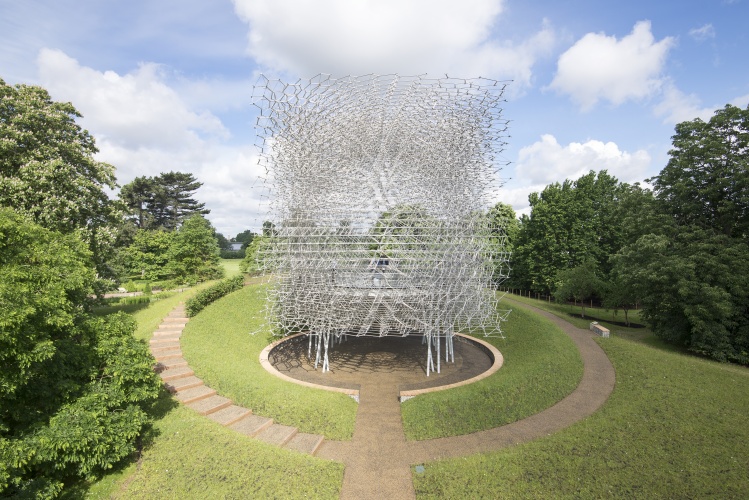 Artist Wolfgang Buttress’ The Hive has been installed at Kew Gardens. The 17m high, 40,000kg installation was first conceived as the centrepiece of the UK Pavilion at the 2015 Milan Expo and designed in collaboration with BDP and Simmonds Studio.

The Hive, which is designed to look like a giant beehive, has now been relocated to one of Kew Gardens’ wild flower meadows.

Once inside, visitors can see thousands of flickering LED lights and hear an orchestral arrangement, both of which are triggered by real-time activity within a living beehive located near the gardens. As the energy and sound levels in the real hive fluctuate throughout the day, so does Buttress’ creation.

Richard Deverell, director of the Royal Botanic Gardens, Kew says: “The Hive creates a powerful, immersive space for us to explore the urgent issues we face in relation to pollinators, their intimate relationships with plants and their vital role in helping us feed a rapidly growing population.”

The Hive will feature in the Gardens until the end of 2017. 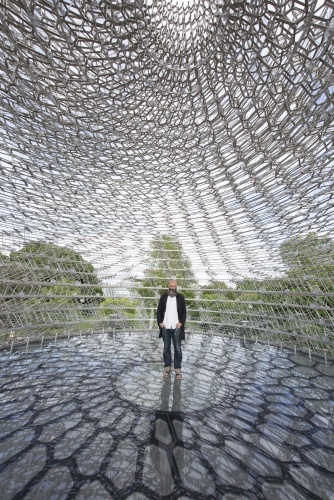 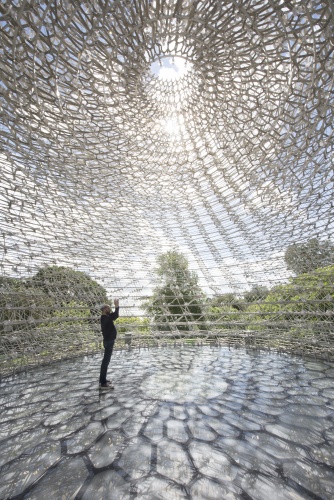 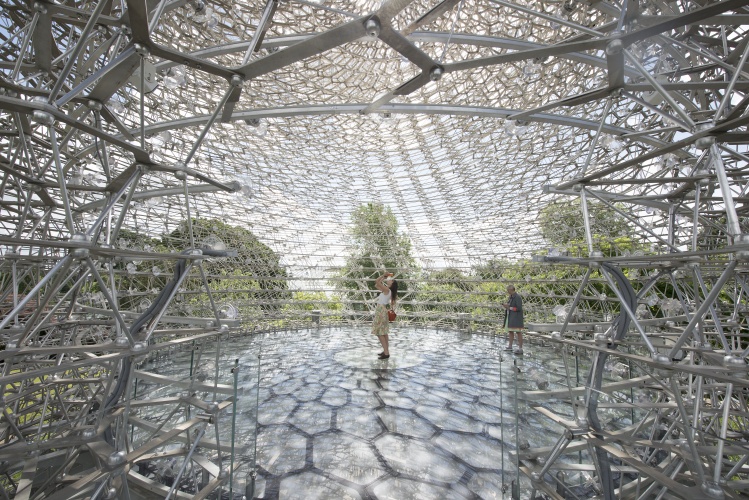 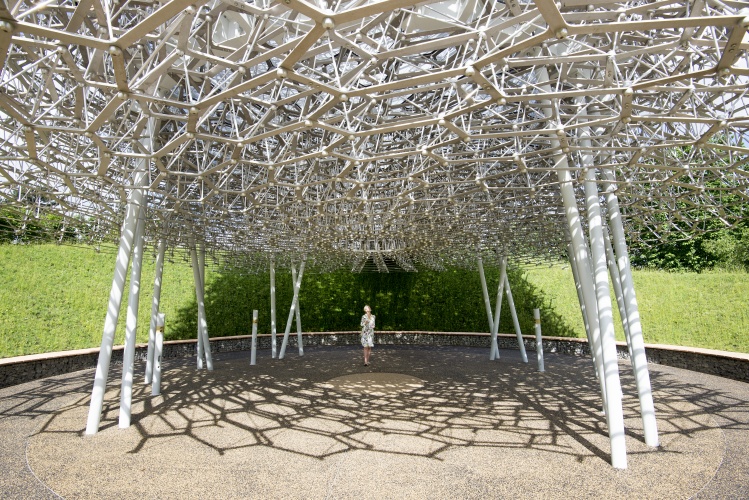 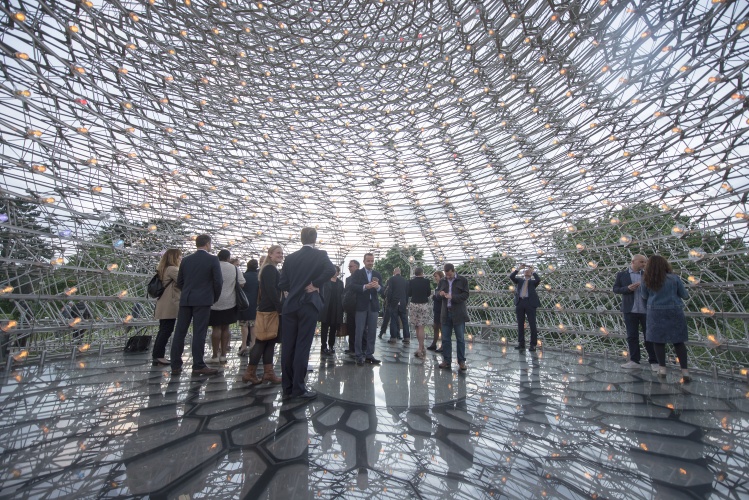 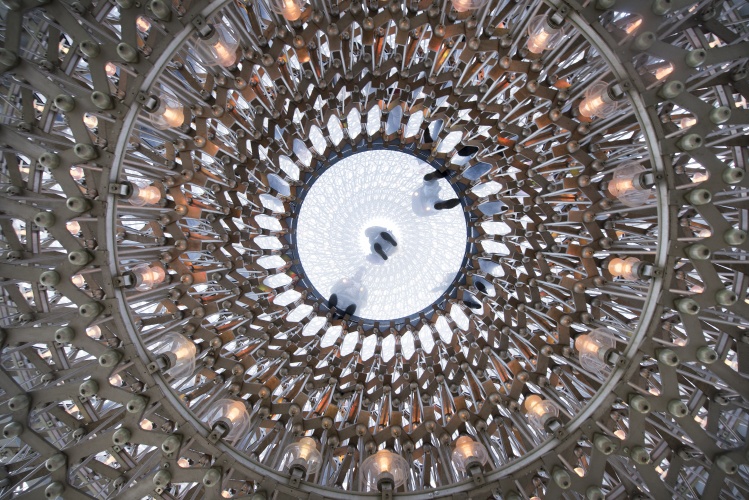 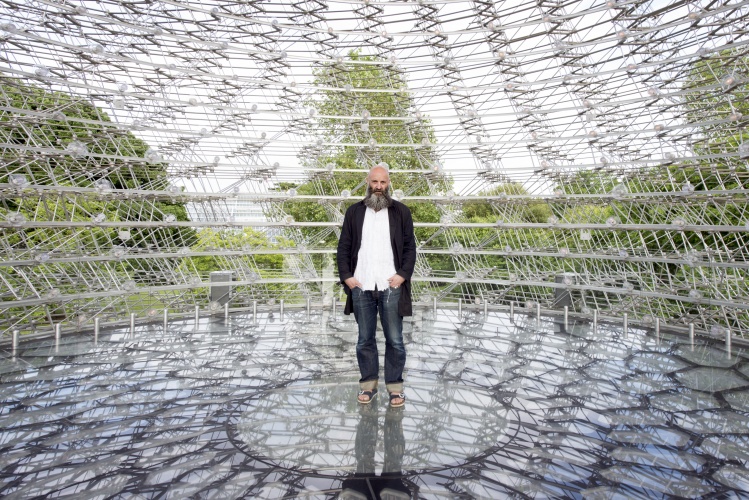 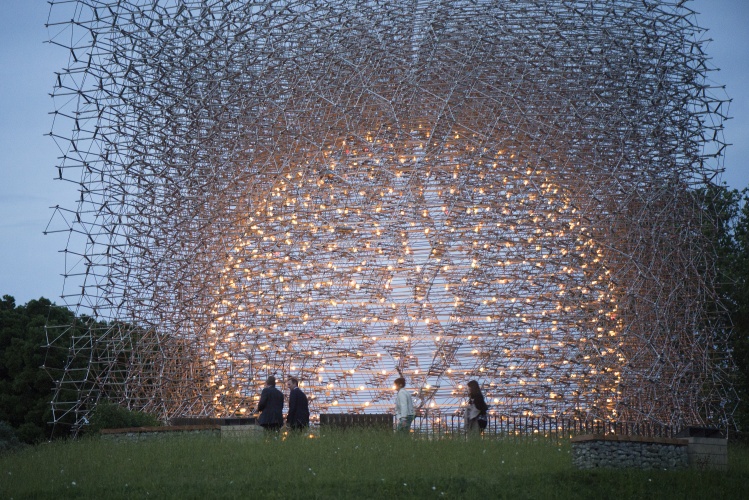