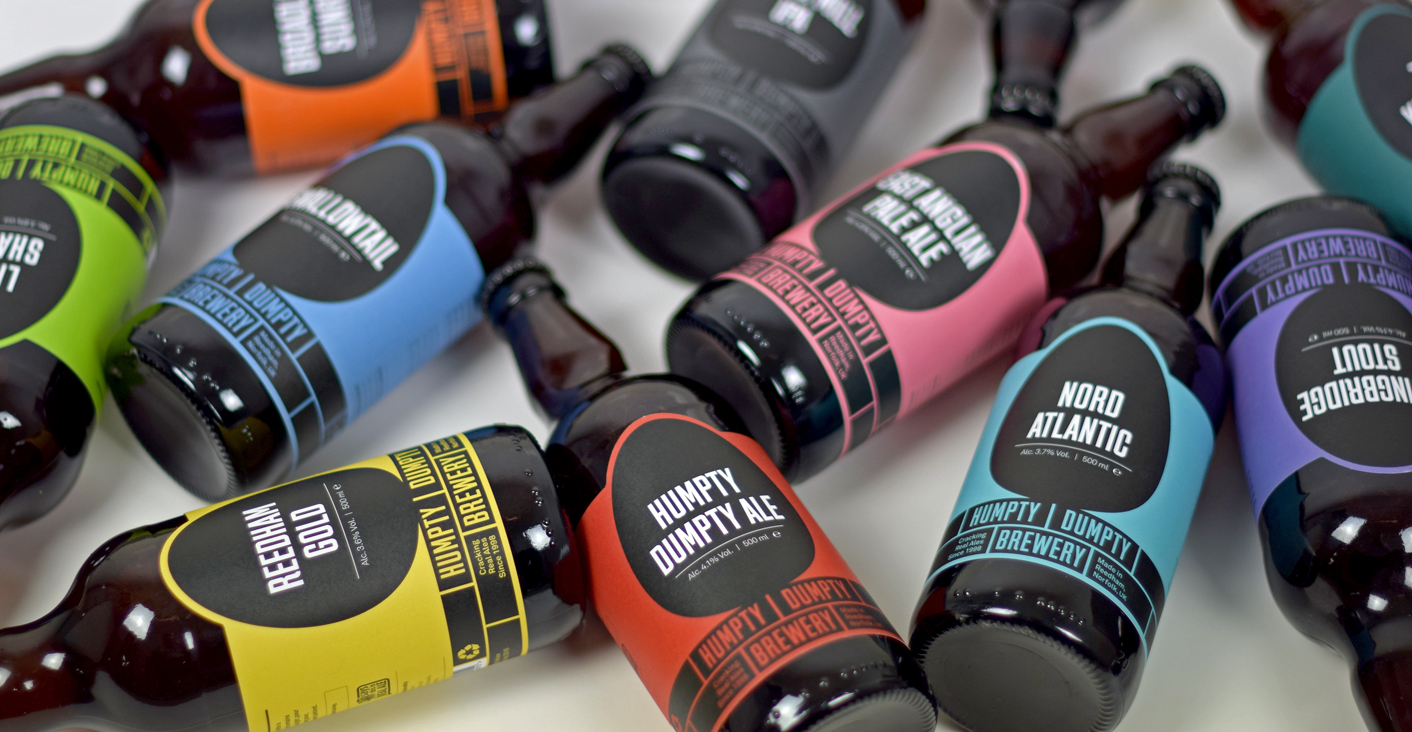 The Click has created the new branding for Norfolk’s Humpty Dumpty Brewery.

The consultancy says: “The new design scheme is entirely influenced by the brewery’s name – from top to bottom.

“The bottle cap references a wall, showing the joining of bricks, whilst the negative space between the blocks create an ‘H’ for Humpty Dumpty.

“The brand logo is reversed out of a graphic brick wall at the base of the bottle. And, sitting on top of that, the Humpty Dumpty egg-shaped lozenge accommodates the name of the respective beer – set in a bold condensed display typeface.” 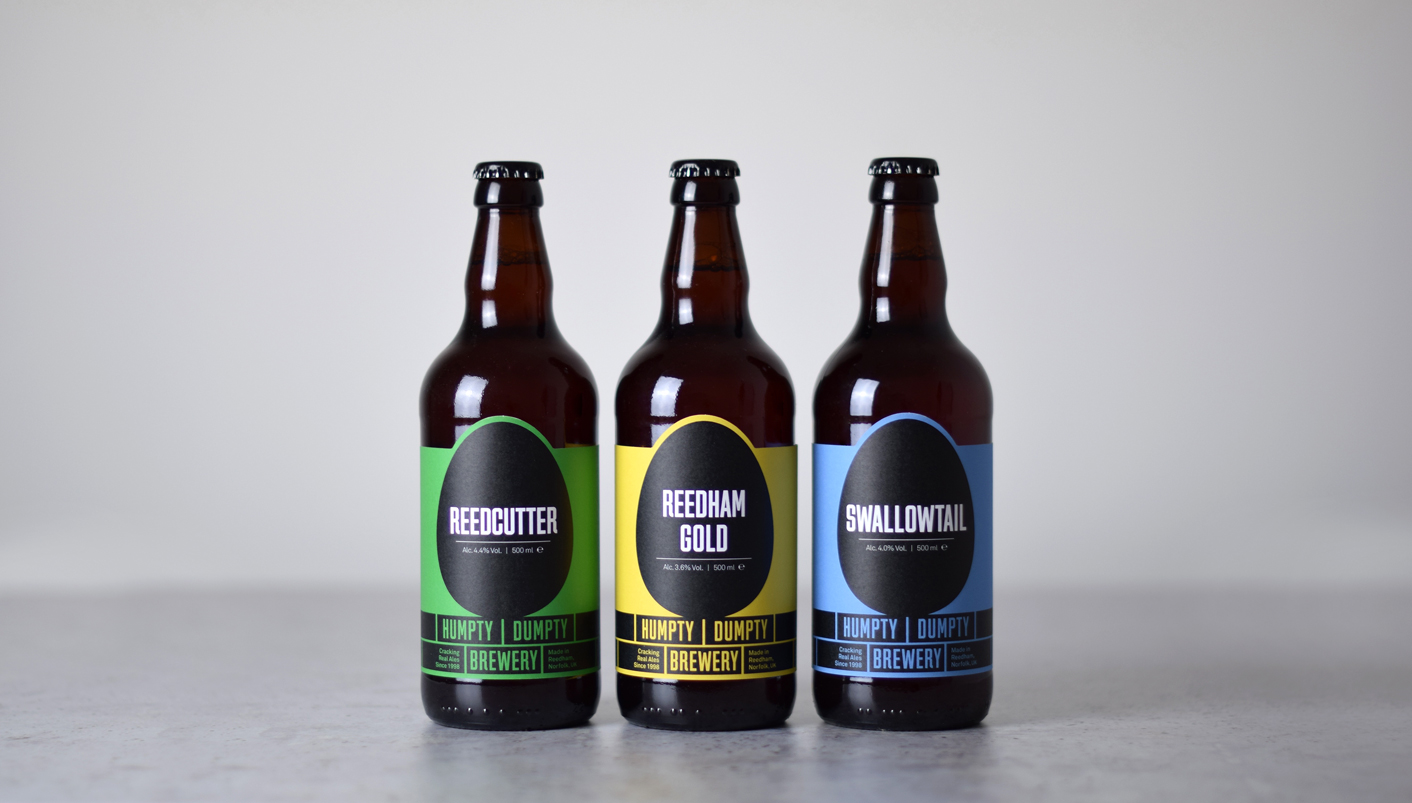 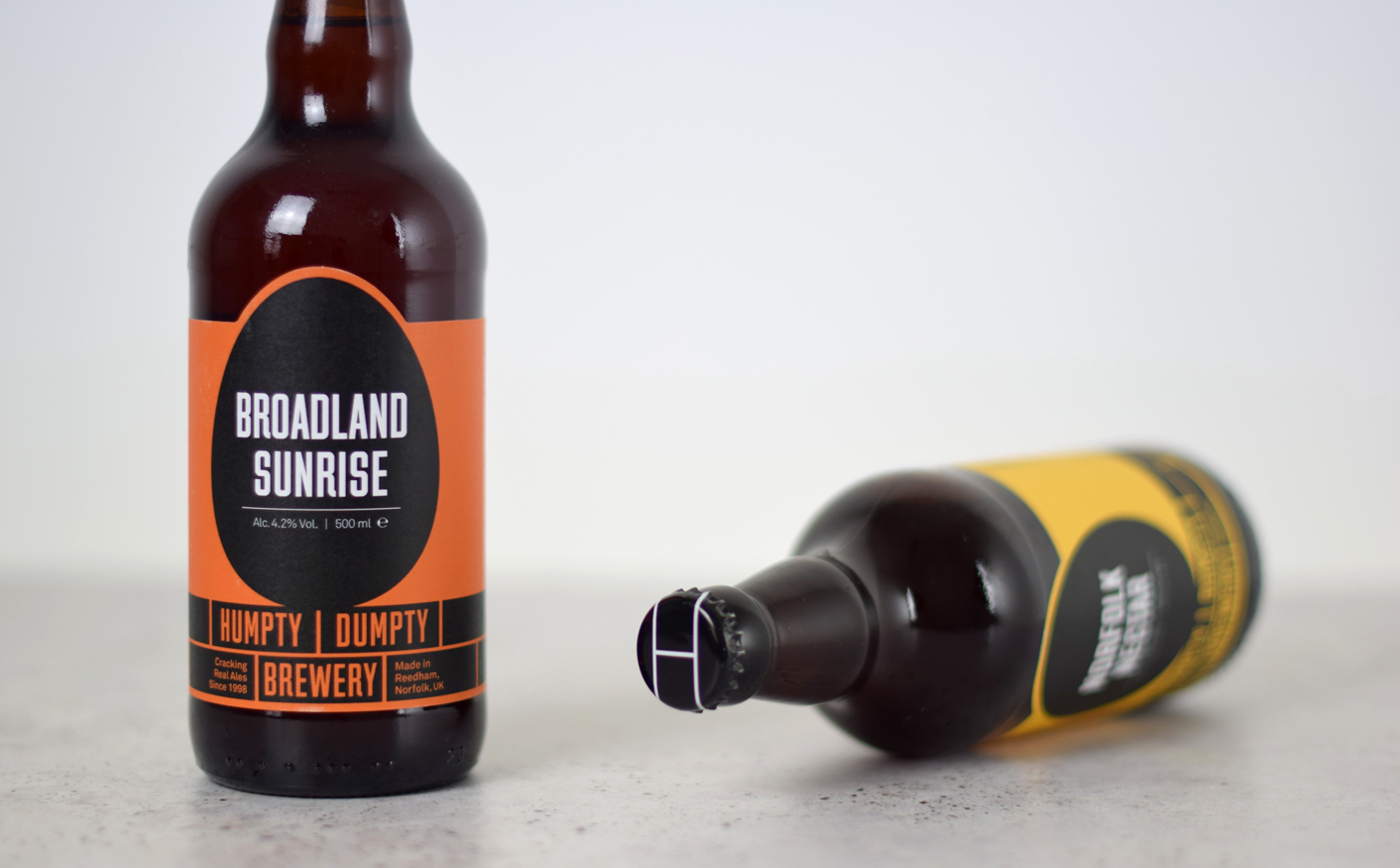 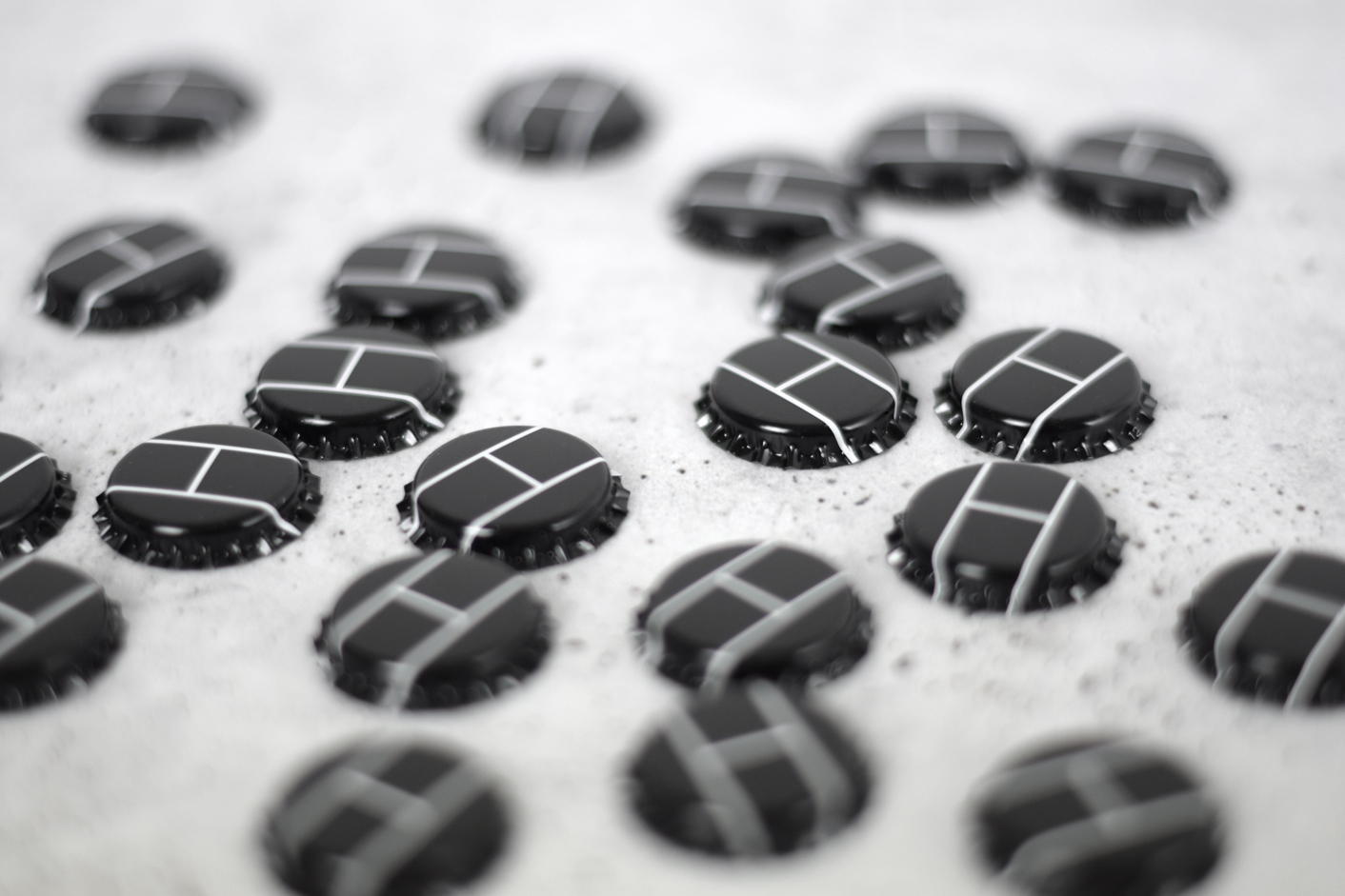 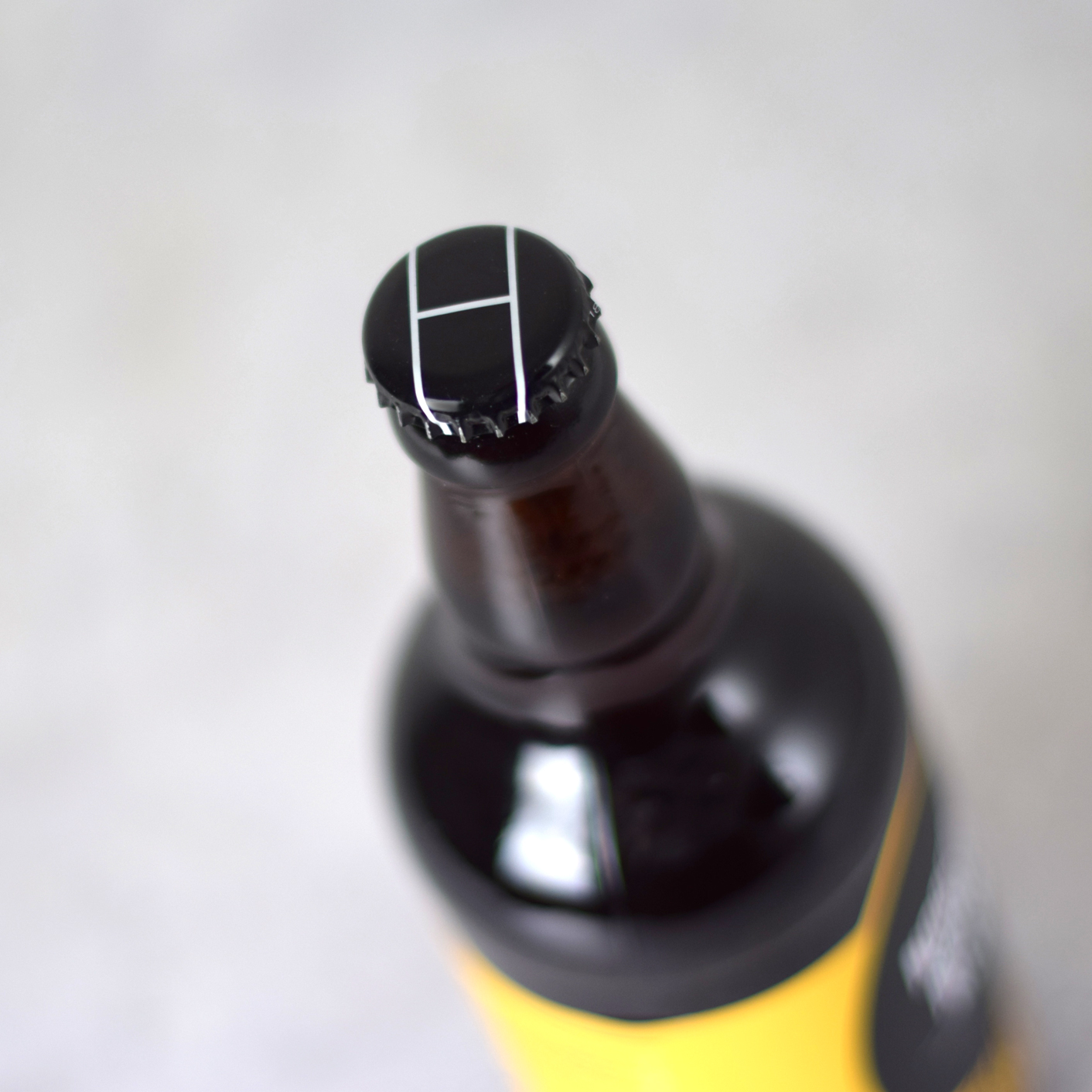 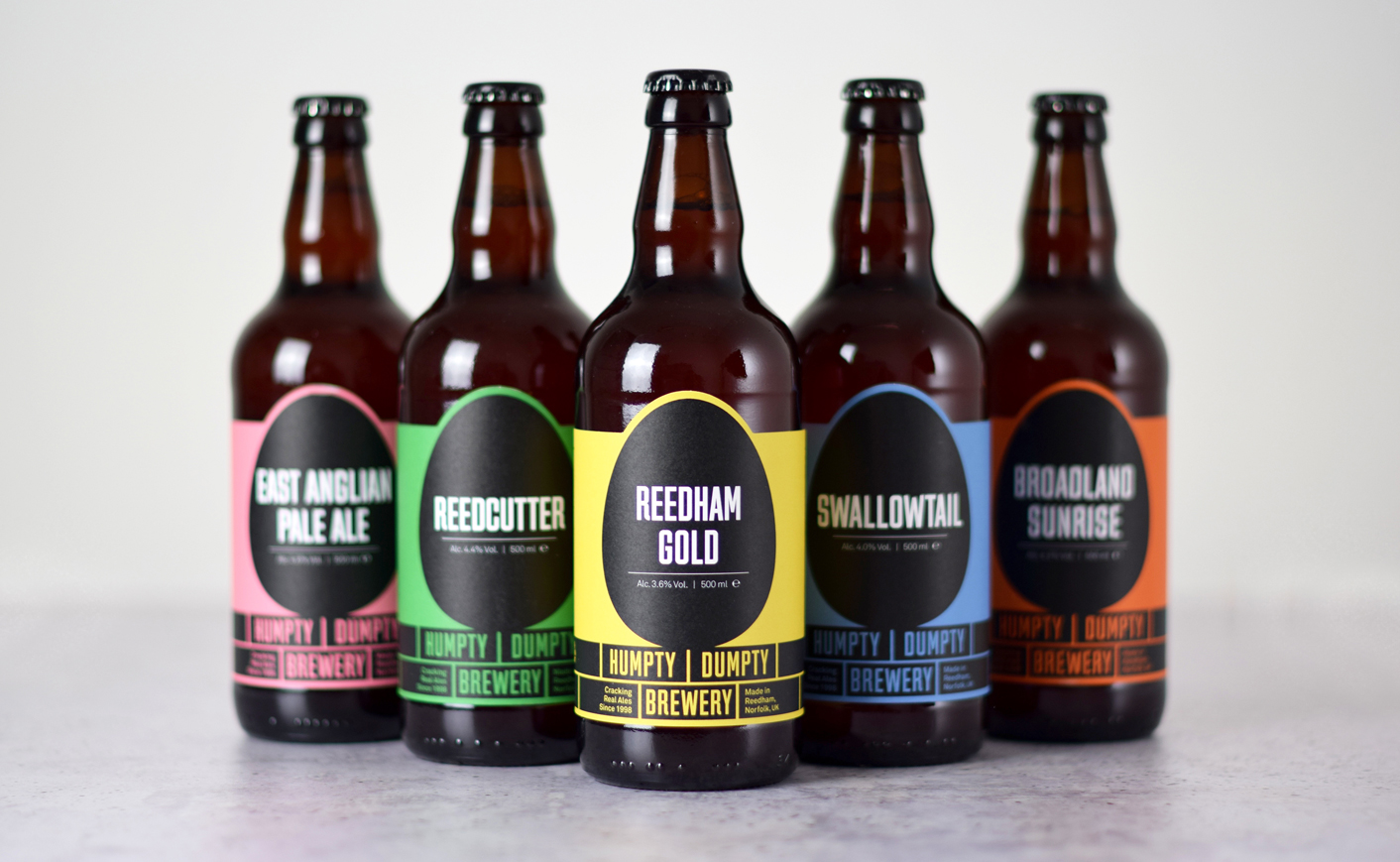