Muggeridge says of the new identity: ‘The pattern is made from the existing Modern Art Oxford logo, sliced in 50 parts and rearranged to create five unique kaleidoscopes.

“These celebrate the past and future of the gallery, acting as an interim identity in a time of transition for Modern Art Oxford. Throughout the year the kaleidoscope will change as one show transforms into the next.” 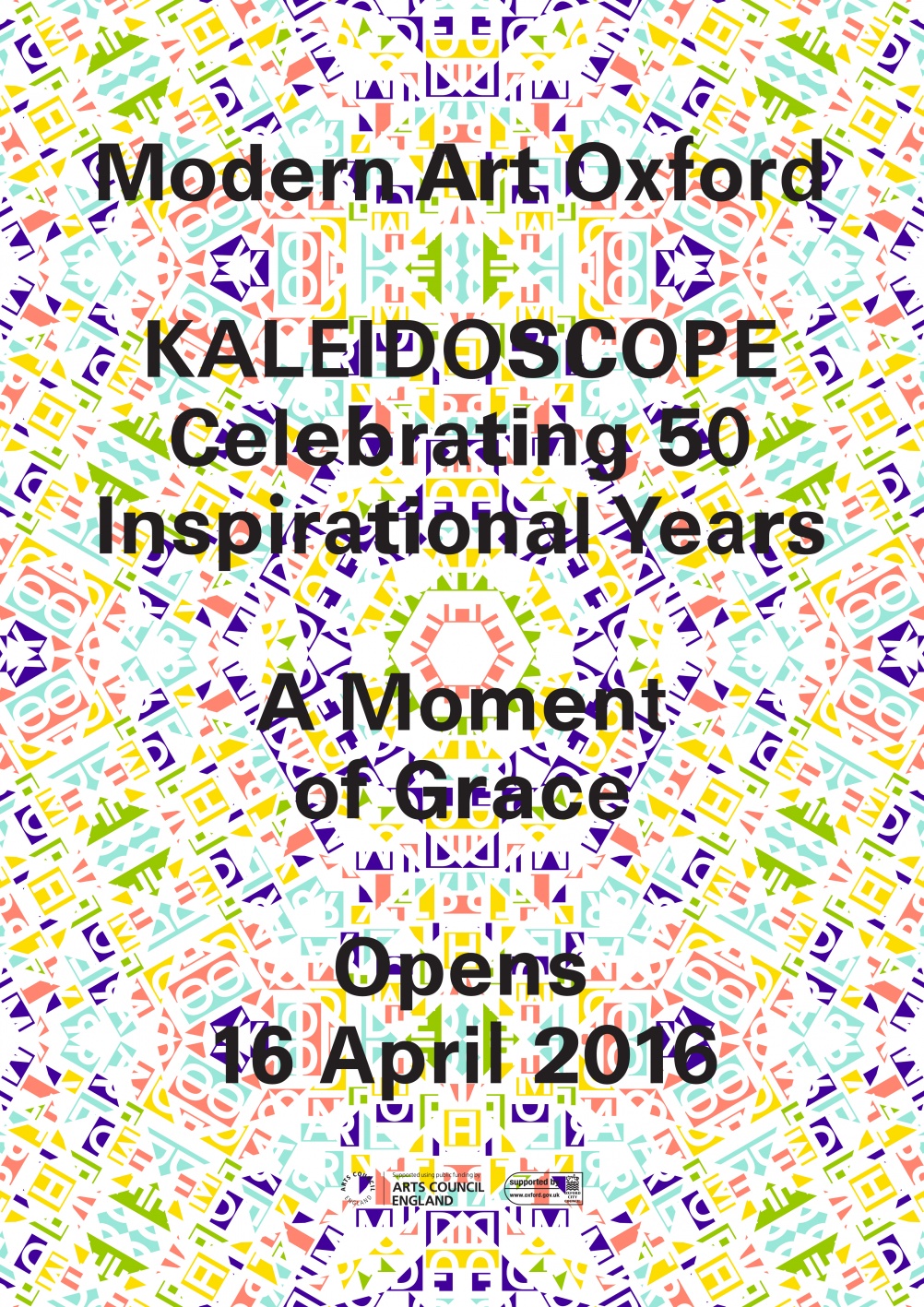