The studio created a series of colourful new characters for the menu, including Iggy the Iguana.

An animated version of the kid’s menu has also been created to accompany the launch. 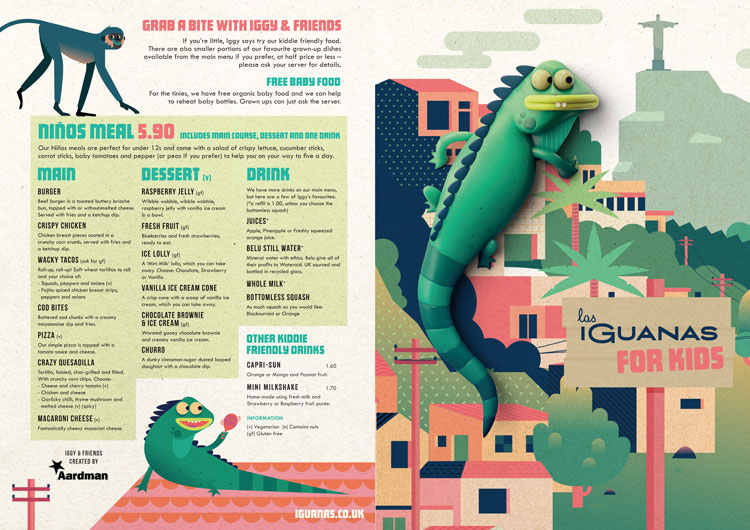 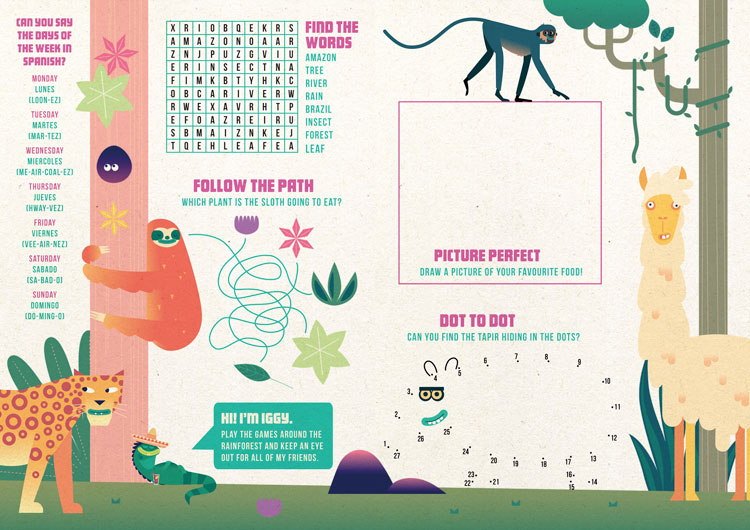 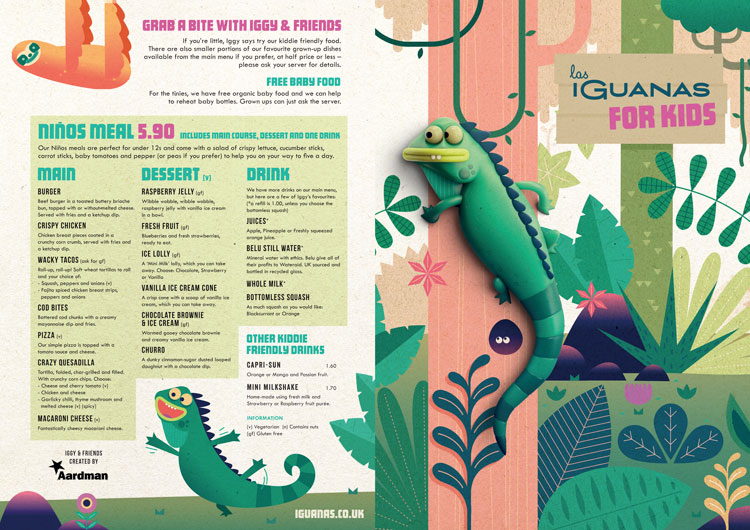 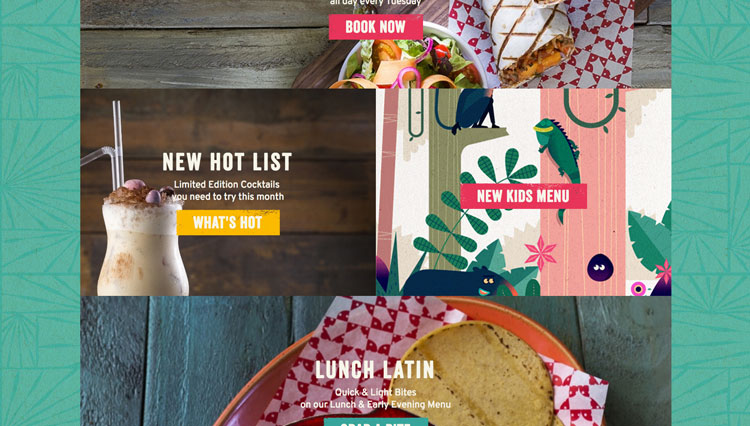