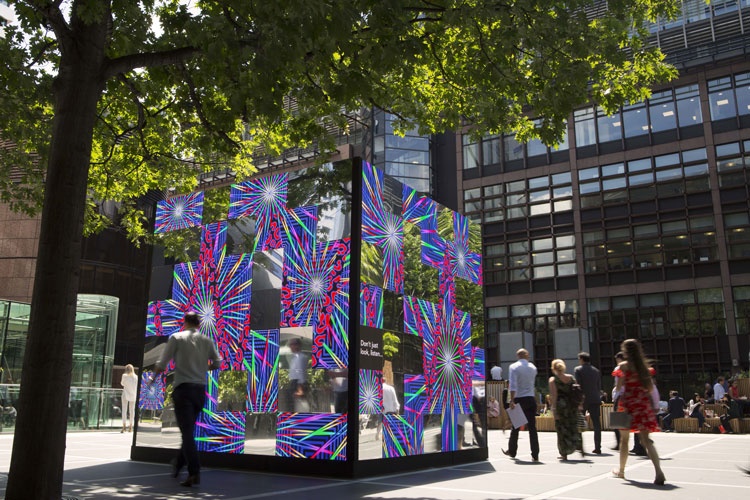 The cube is comprised of a digital LED screen showcasing different visual artworks, and static mirrored panels that reflect the surrounding environment of the square.

The artwork features animated geometric shapes and rainbow colours that morph into each other, with an accompanying soundtrack by composer Sarah Warne.

If someone tweets #BroadgateReflect, the designs on the cube ripple and the volume of the soundtrack increases for 20 seconds, as though it has been disturbed. 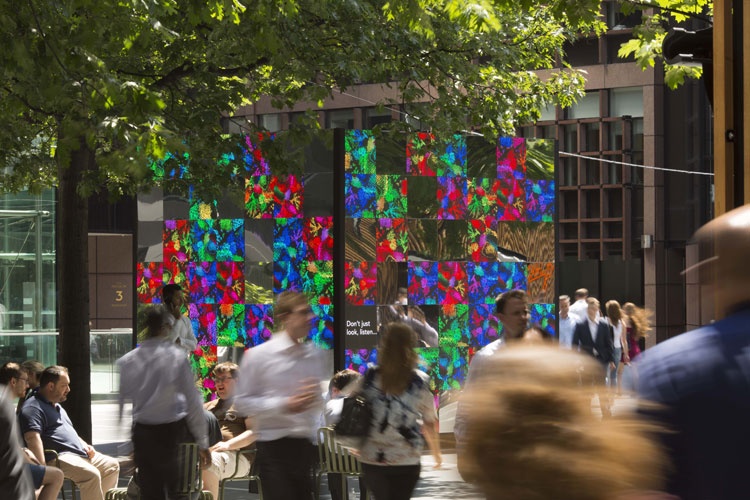 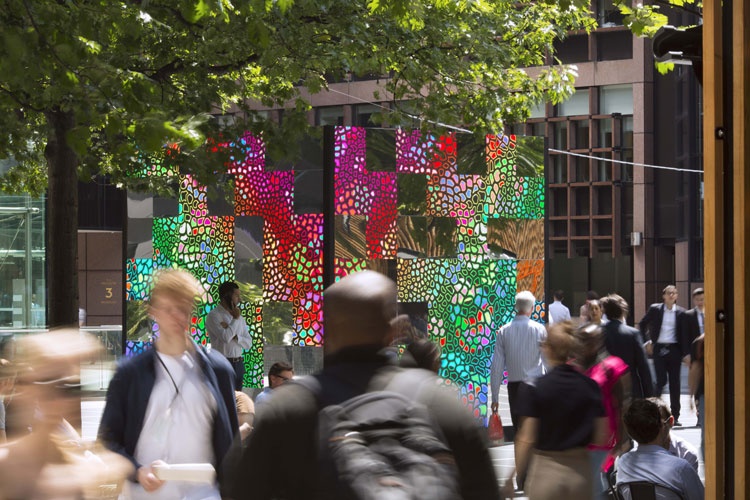 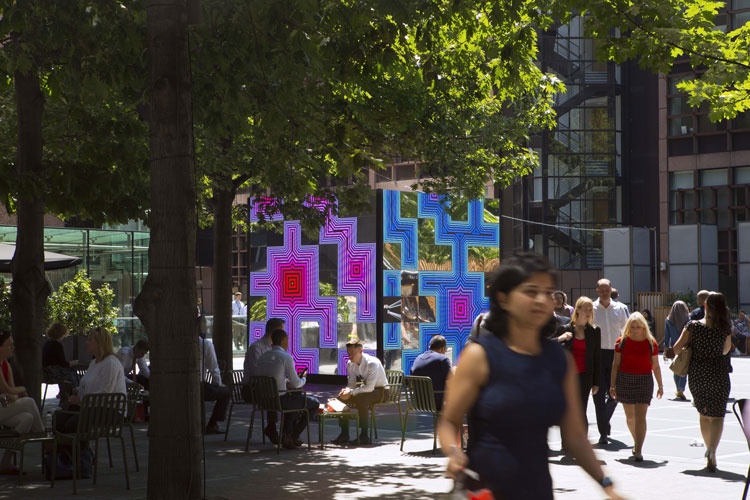