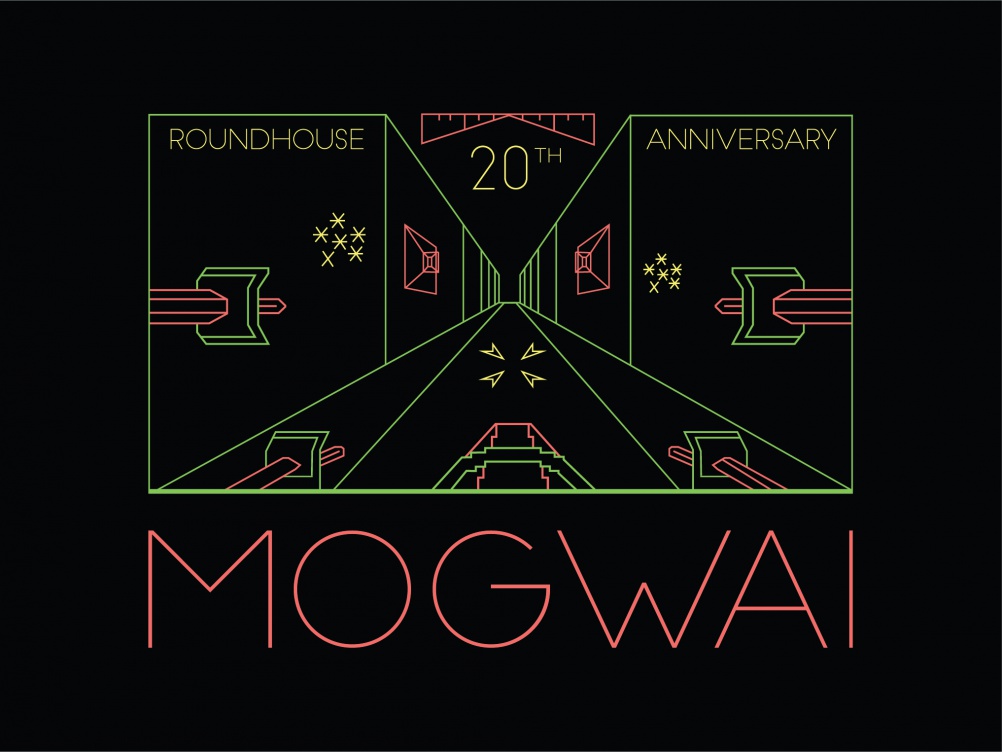 Middleboop (Gordon Reid) has designed a suite of materials for the band Mogwai’s 20th year anniversary tour, which includes special artwork for the Roundhouse London and Glasgow Barrowland shows.

Meanwhile he has also created the title sequencing for the new video of classic track Helicon 1 and says: “The visuals all came from a really lengthy hand rendered process.”

Reid also recommended filmmaker Craig Murray to make the video. Murray says: “The film you see is made from 100% 35mm stills which I shot off the screen; I used more than 100 rolls which were all individually scanned.

“All effects you see in the film are physical workings of the negatives – scanner compositing, scratching, liquids etc. Given the logistics of shooting everything discreetly and also in the sea,  the original footage was all shot on an iphone and a go-pro, with some addition animation using 35mm.” 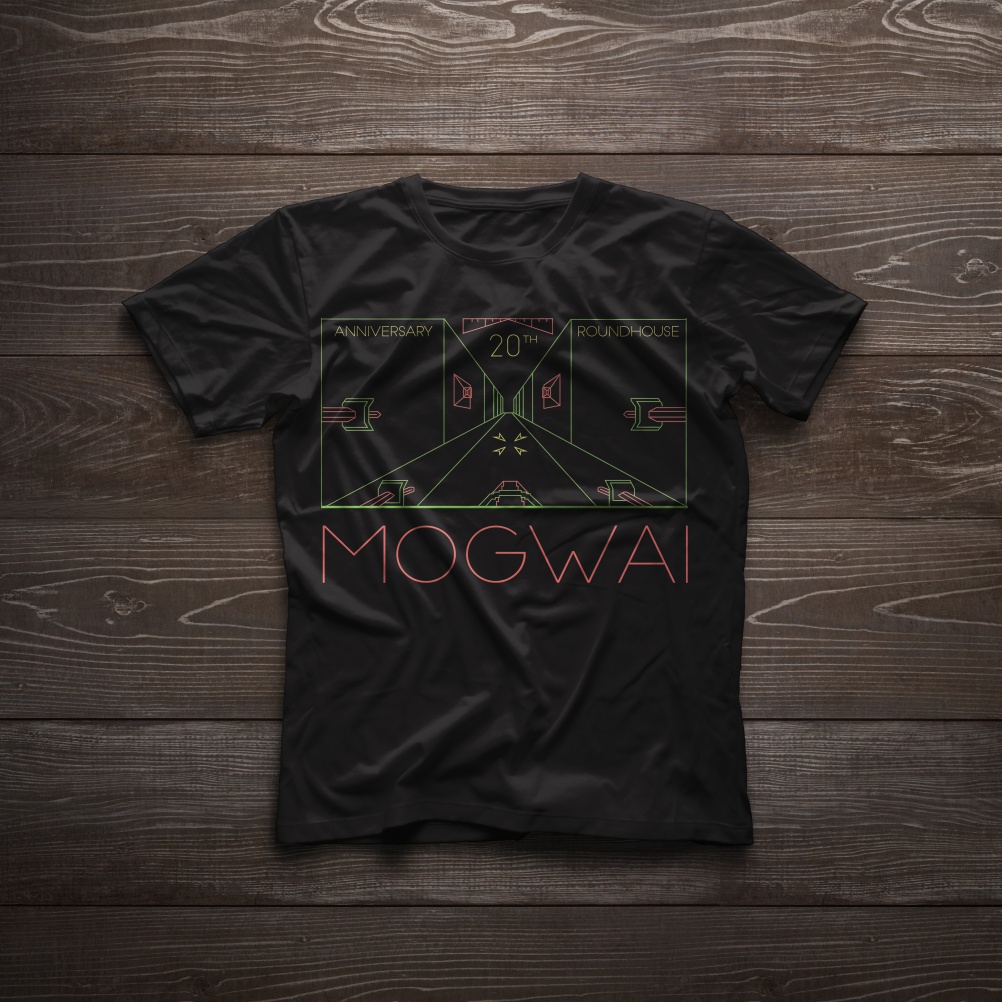