Found Studio’s latest research and development project is a computer generated short film called Mondegreen, which is set in a surreal museum of mishearing.

Made in collaboration with Argentinian motion designer Esteban Diácono, it features a series of kinetic sculptures.

All of the various sculptures represent different words that sound like “Found”, such as “drowned” (a red man sinking into the black abyss) and “bound” (red legs wrapped in rope).

The film also includes a soundtrack created by Echoic Audio. 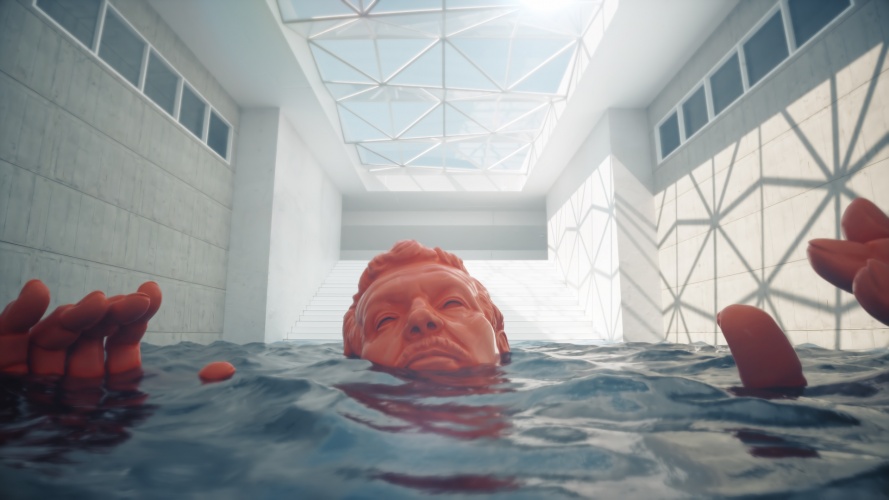 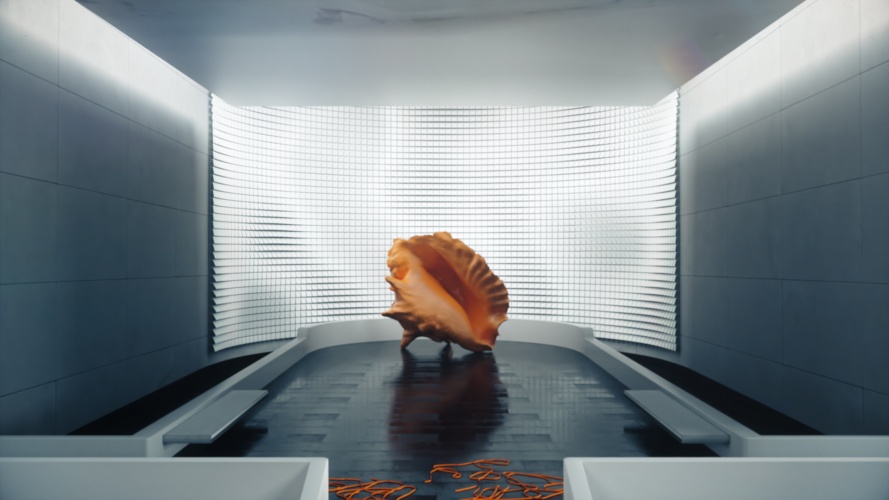 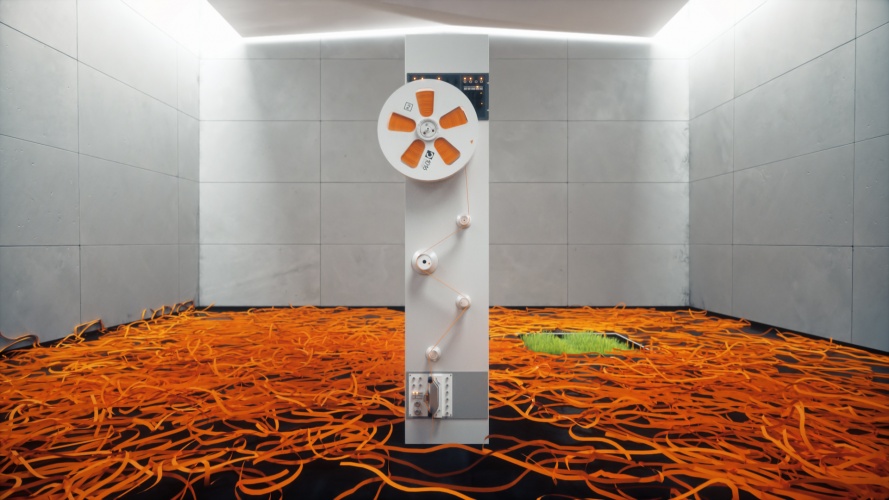 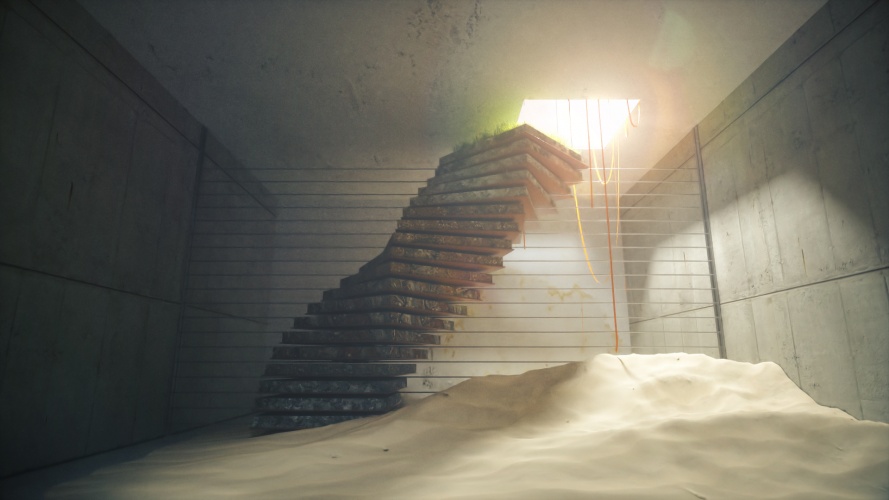 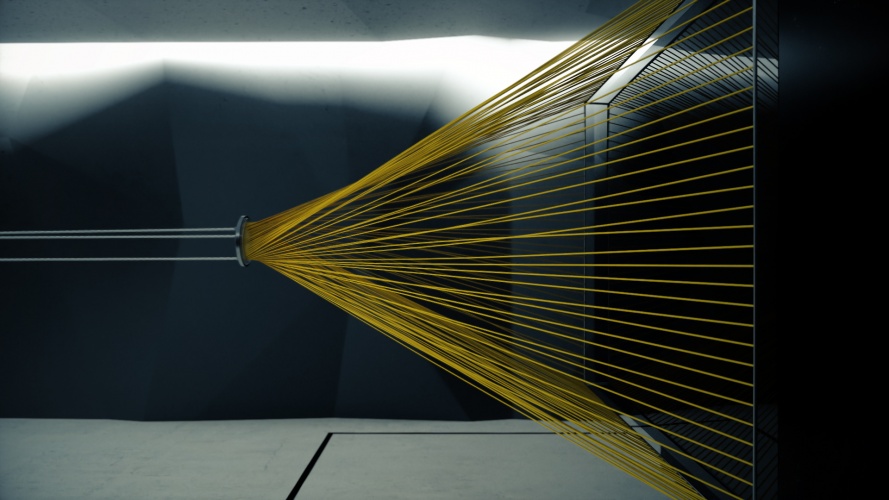 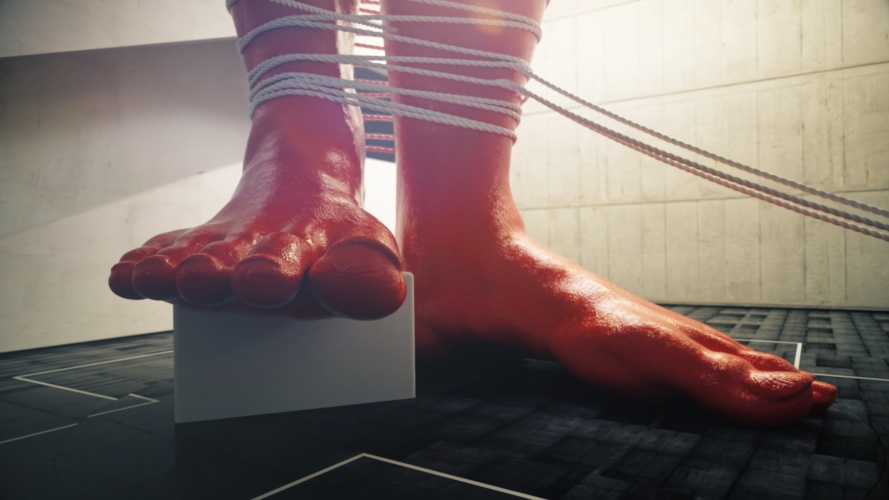 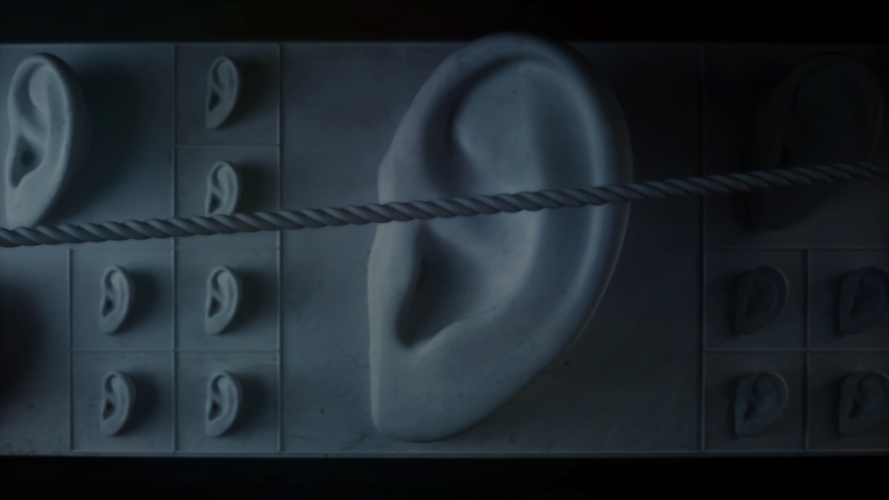 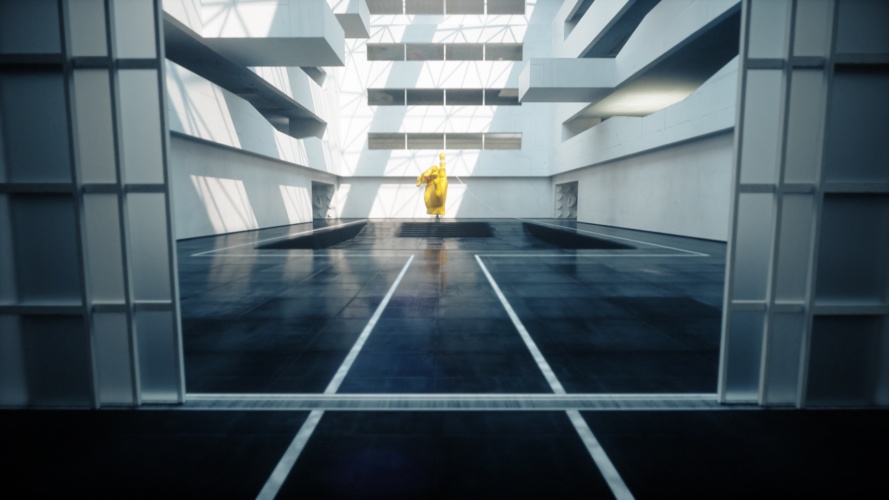