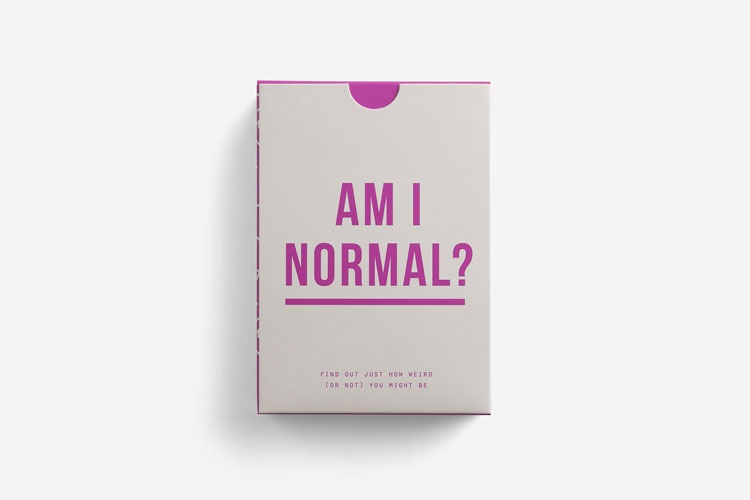 The School of Life has released a new card game called Am I Normal?

The pack of 52 playing cards looks to tackle our perception of “normality”, which currently tends to focus on an “organised, poised and polished” version of ourselves, says The School of Life.

It features 52 statements or admissions that seemingly fall outside of “the norm”, which the user can determine whether they identify with or not.

“You will recognise that many of your most obscure thoughts are, reassuringly, not obscure at all,” it says.

The card game is available now from The School of Life site. 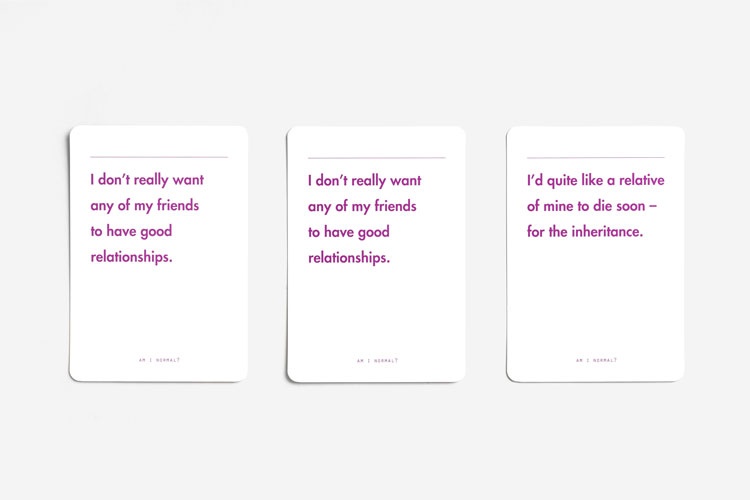 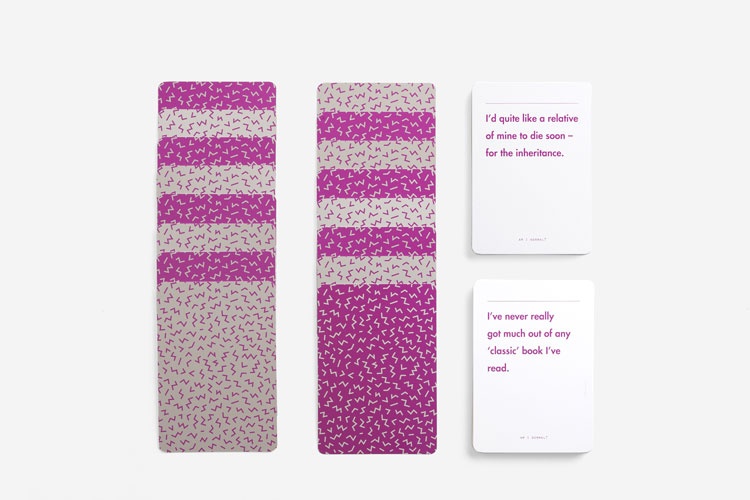 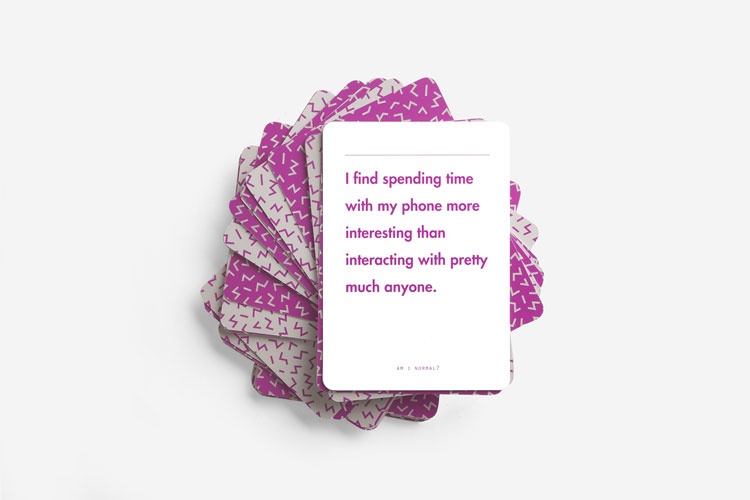 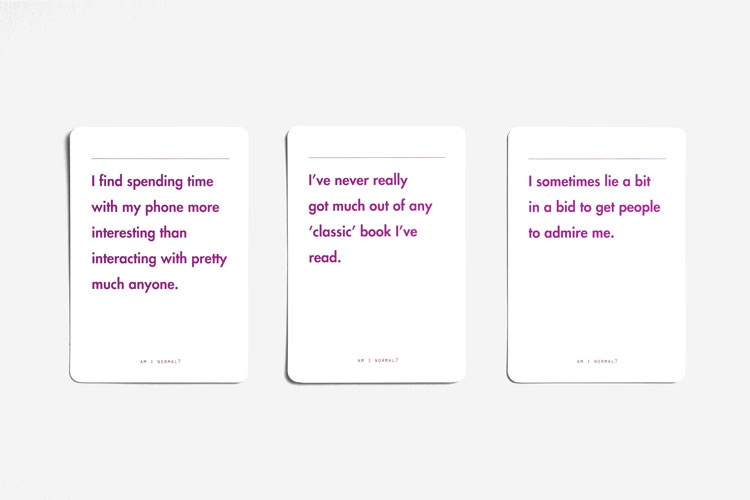 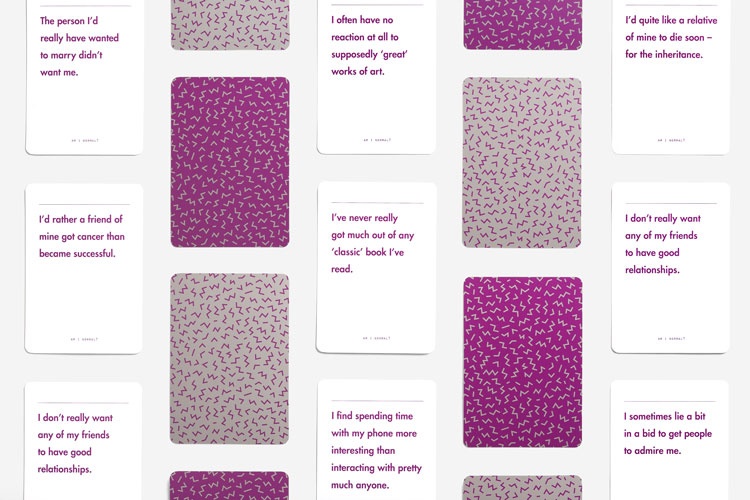