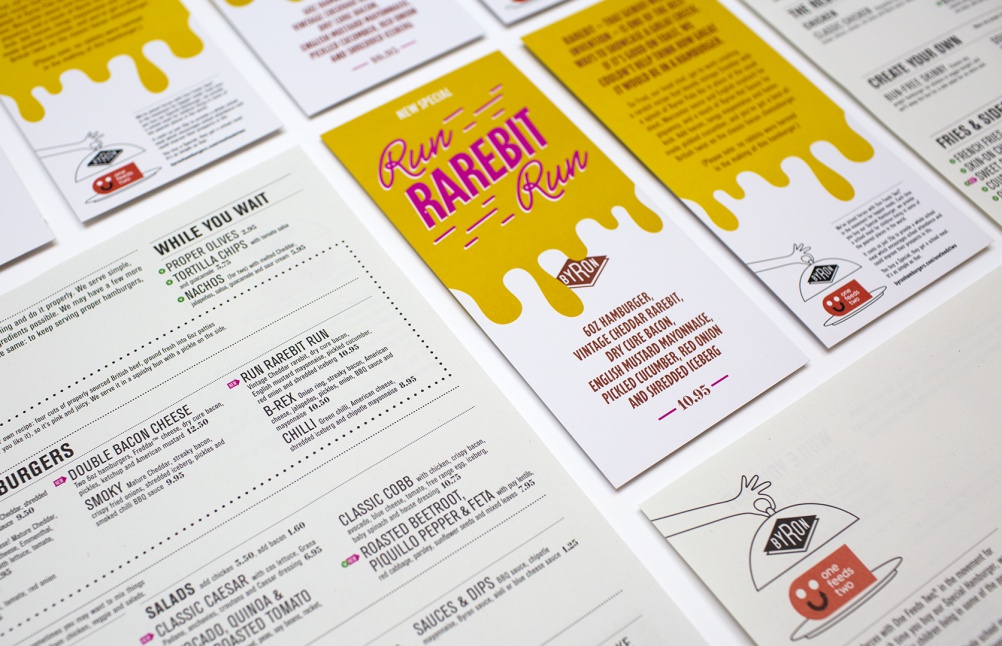 The Clearing has created a collaborative visual idenitity for chain burger restaurant Byron and charity One Feeds Two, which have just formed a partnership.

This follows the consultancy’s work on the charity’s branding earlier this year.

The consultancy says the One Feeds Two visual identity focuses on the “positive, tangible impact of giving” rather than “trying to tug on people’s heart strings” or “make them feel guilty”.

The Clearing has now incorporated the One Feeds Two branding into Byron burger’s branding – originally designed by Crispin Finn – to represent the partnership.

The collaboration between the restaurant and the charity means that whenever somebody buys a meal marked with the One Feeds Two logo on the Byron menu, it buys a child a school meal.

Sam Wall, design director at The Clearing, says: “An idea as simple and strong as One Feeds Two needed a brand to match – creating a clear and distinctive logo was especially important. It has to be instantly recognisable and quickly communicate the One Feeds Two concept at a glance.”