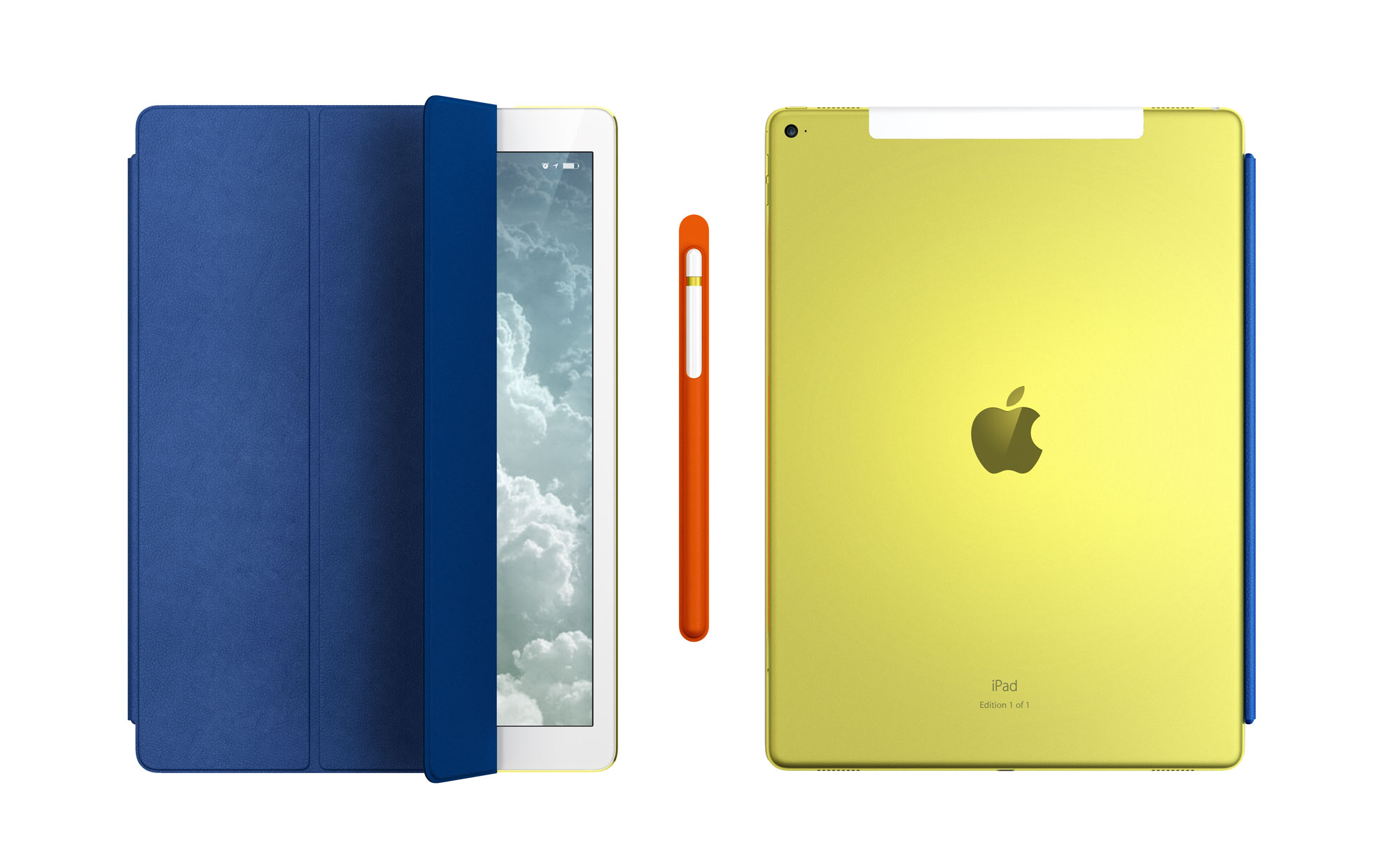 Chief design officer of Jony Ive has personally designed a one off special edition iPad Pro, which will be auctioned off to raise money for the new Design Museum in Kensington.

Jony Ive exhibited a prototype mobile phone at the Design Museum back in 1990, before he came to work for Apple.

He was winner of the museum’s first ‘Designer of the Year’ award in 2003 for the iMac. In support of the museum, he and his team in Cupertino, California have created a unique iPad Pro 12.9-inch, with an Apple Pencil and leather accessories, all in custom one-off colours.

The iPad Pro housing and the band on the Pencil have both been anodised with a custom dye. The blue Smart Cover is crafted from a soft French leather and lined with a specially selected suede. The orange cover for Apple Pencil is made from a fine grain Italian calf leather. Edition 1 of 1 has been etched on the iPad and the cover.

You can go along for a public viewing between 22-28 April and or view it online here before 2 May.

The iPad is one of a number of products being auctioned off for the new Design Museum.