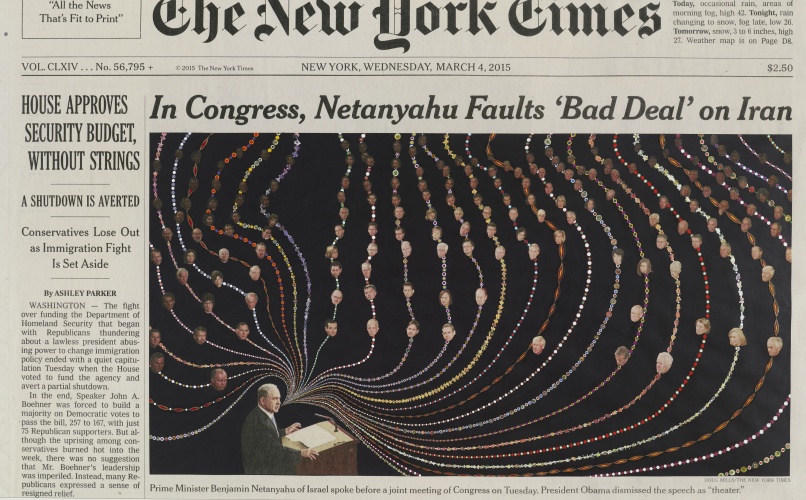 The exhibition includes photograms and collages by Tomaselli, as well as his series of digital reproductions of the New York Times’ front pages, titled The Times.

The reproductions feature illustrations drawn on top of the paper’s original images, which are designed to “highlight the tragedy, reality and absurdity of global politics,” says White Cube.

Reproductions include a photo of a Ukrainian woman after the Malaysian plane crash carrying a bouquet of flowers that obscures her face, the forms of which Tomaselli has extended with real leaves, paint and a photo-collage pattern that spreads across the entire image. 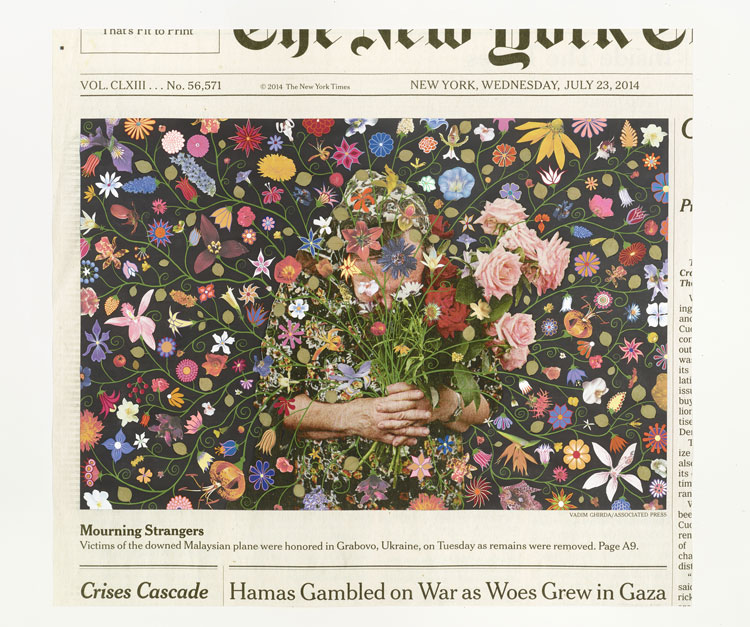 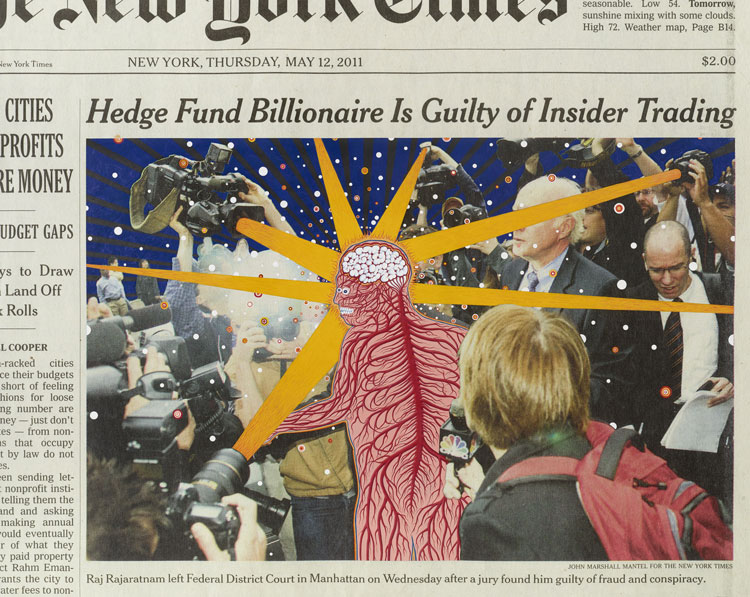 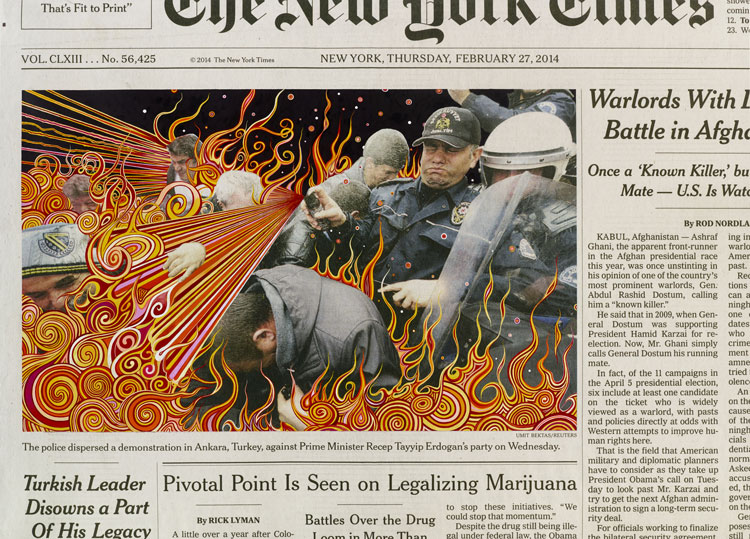 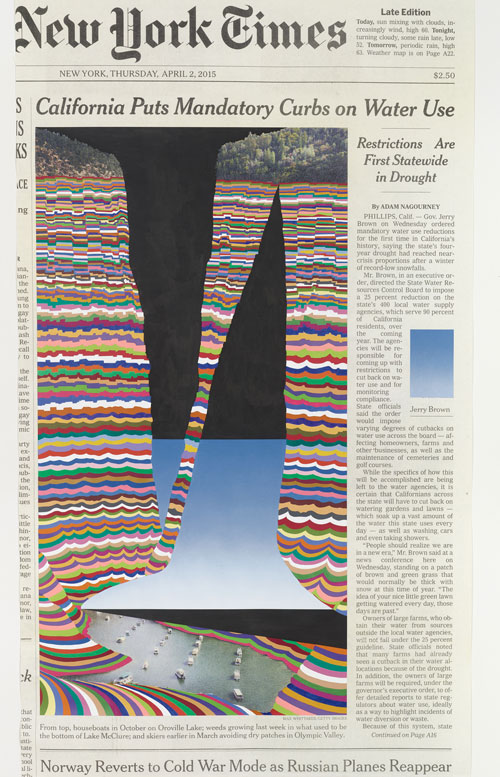 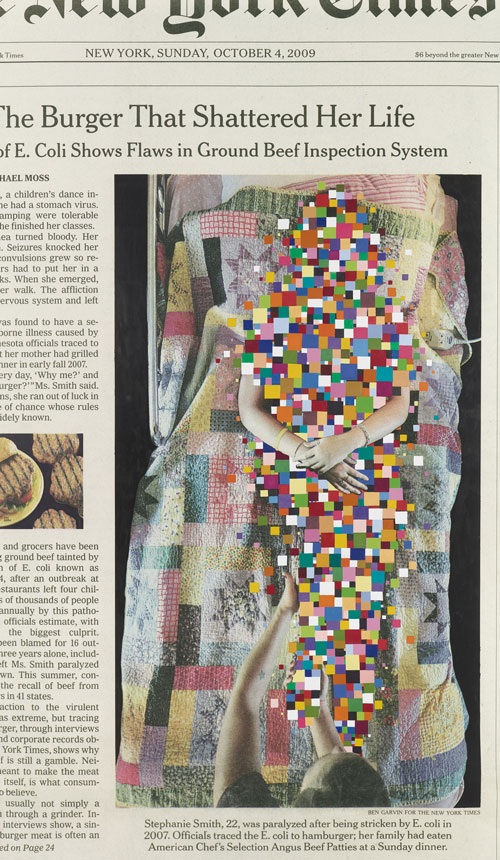