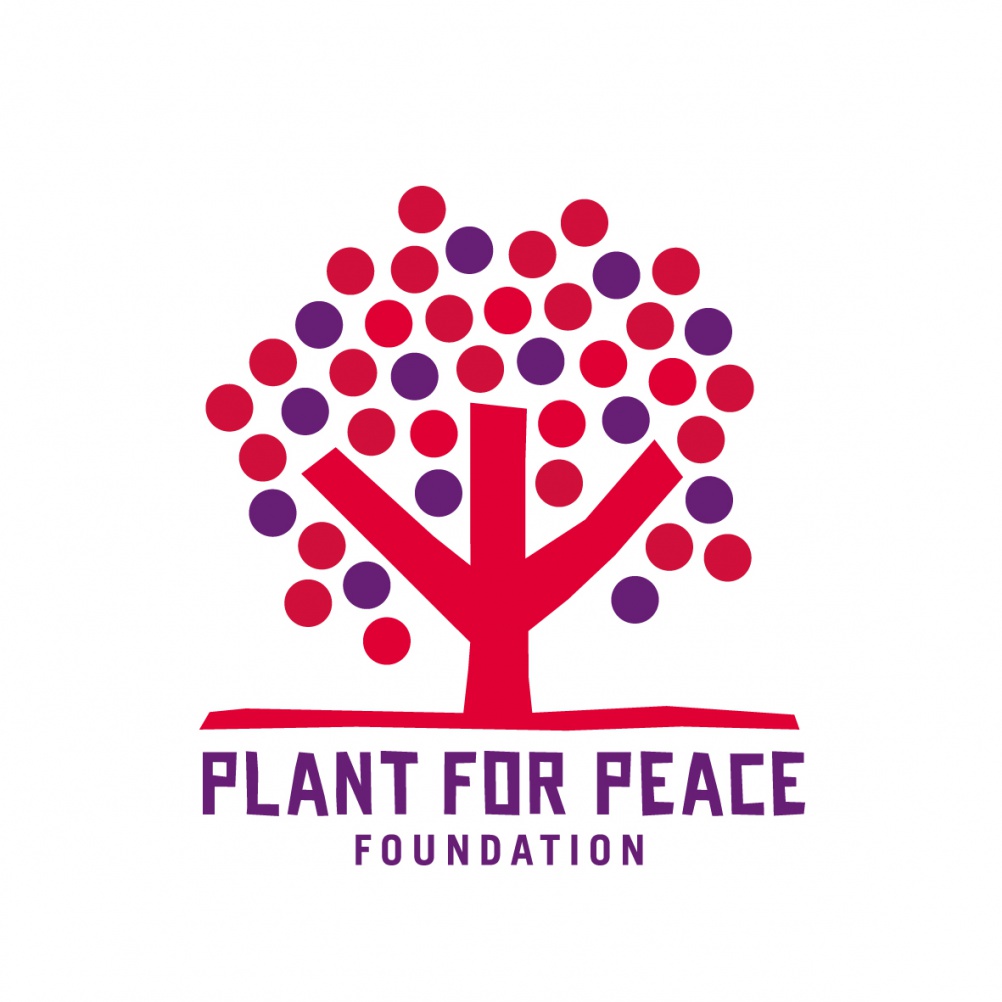 Purple has created the identity for initiative Plant for Peace, which encourages food-producing co-operatives in conflict-hit countries.

The brand is launching with a range of Mulberry & Pomegranate bars, with the pomegranate grown by farmers in Afghanistan.

Purple creative director Gwyn Edwards says the identity is inspired by the tree of life and the Campaign for Nuclear Disarmament symbol, designed by Gerald Holtom in 1958.

Edwards says: “[Holtom] drew himself as an individual in despair, with palms outstretched outwards and downwards, but he’d always wanted the symbol to be inverted upwards – so for the remainder of his life he would only draw the upright peace symbol, and his dying wish was that the upright version be placed on his tombstone.” 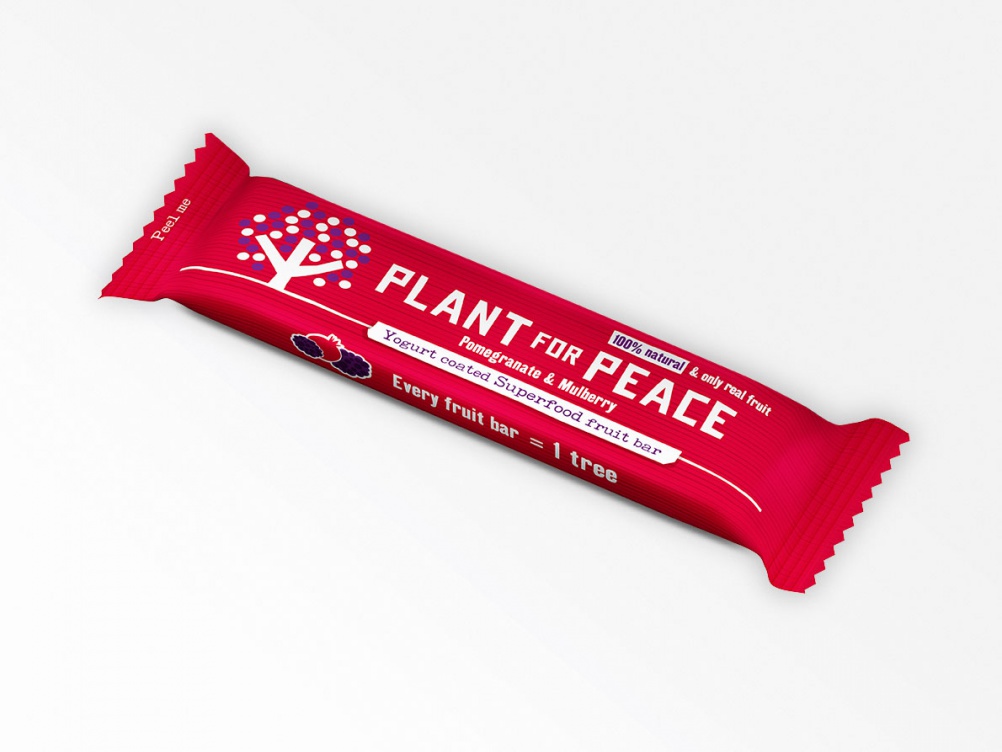 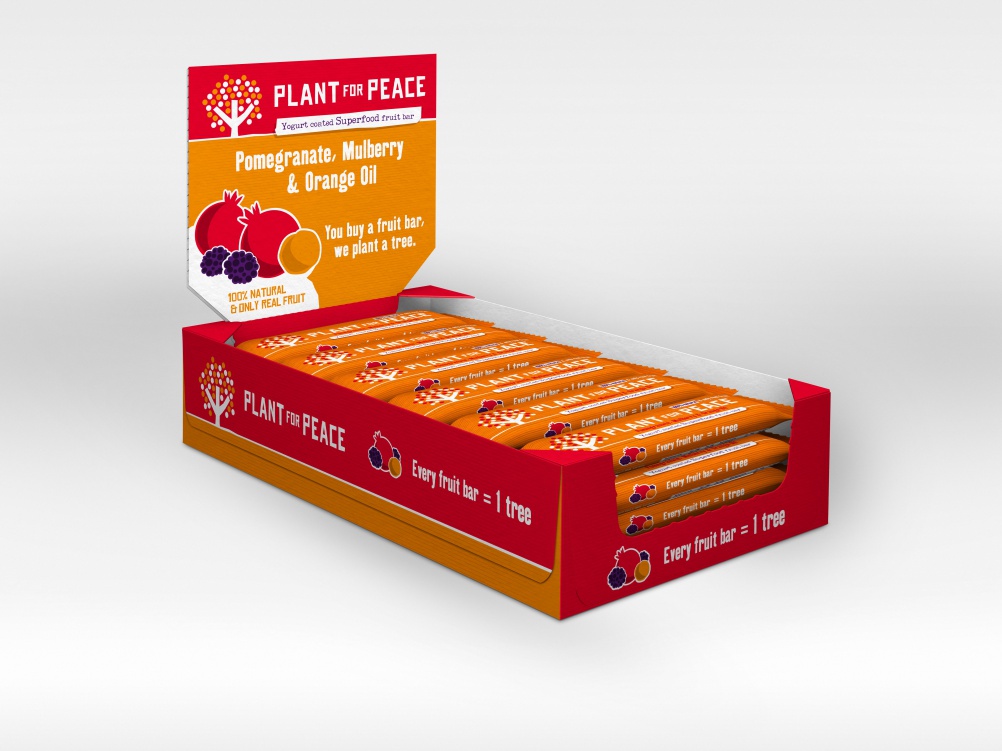 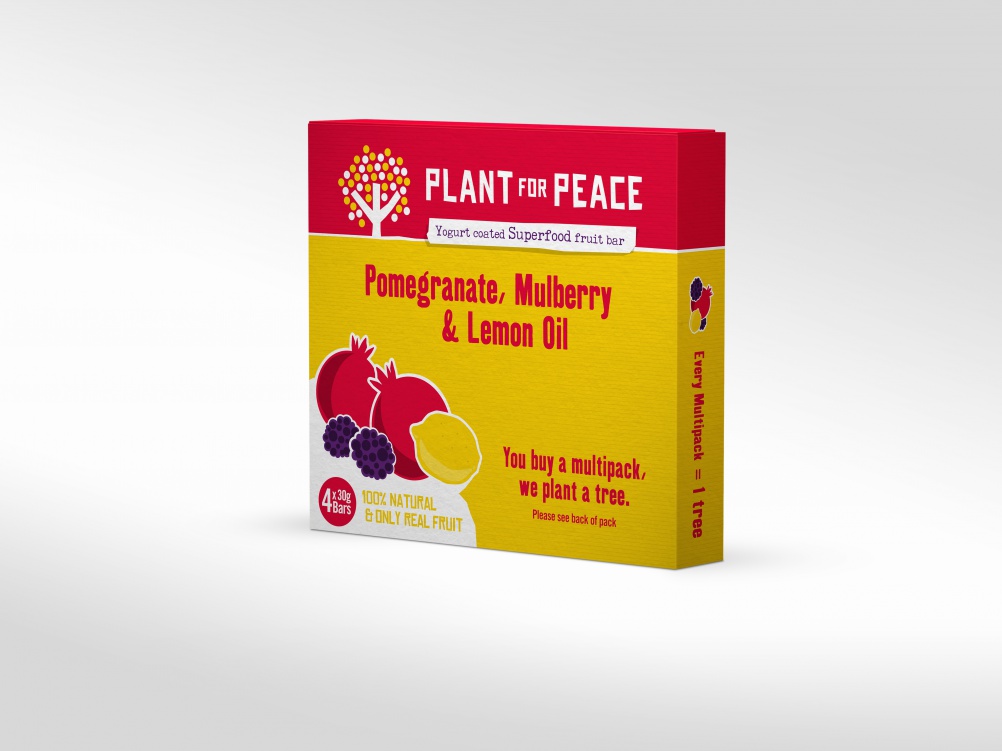