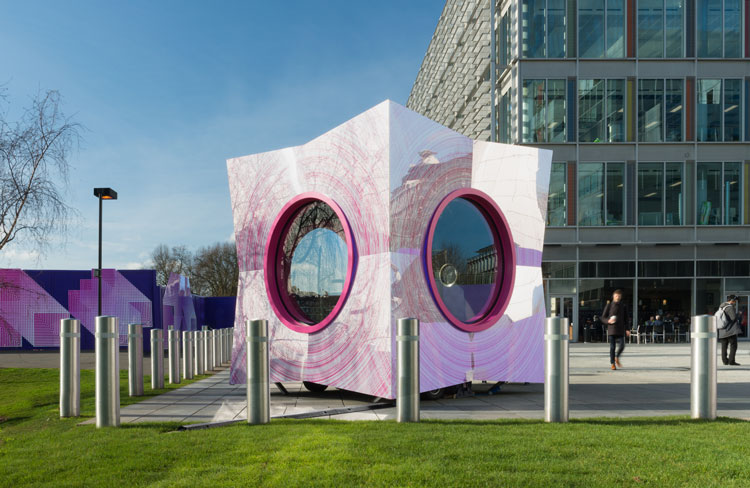 Fathom Architects has designed a 12m² moveable pod structure to be used for podcast recordings, which has been conceived in collaboration with Dn&co.

The Pod, which seats up to six people, has now launched at White City Place, the former BBC Media Village in London’s White City.

The design team drew inspiration from temporary structures, loudspeakers and the movement of sound to create the studio. Passersby can see into the podcast studio via a circular window inspired by a speaker cone.

The outside of the pod features a pattern of 350,000 printed “pixels” based on the interference patterns of sound waves.

Fathom Architects says the structure is the “first transferrable studio of its kind to be available for public use in the UK”. 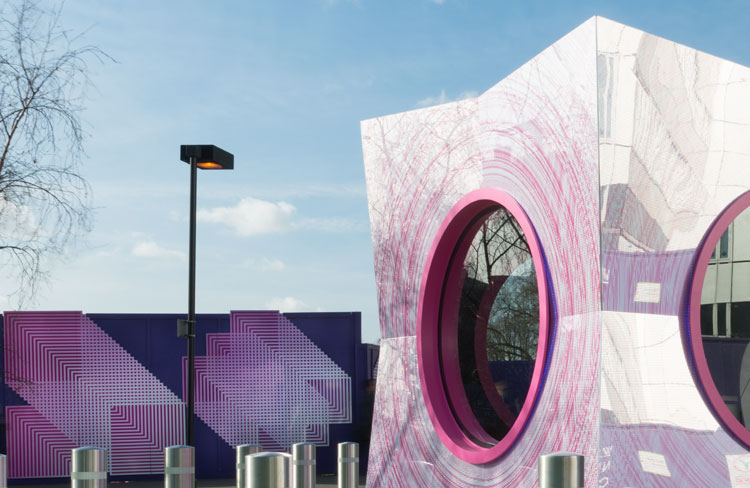 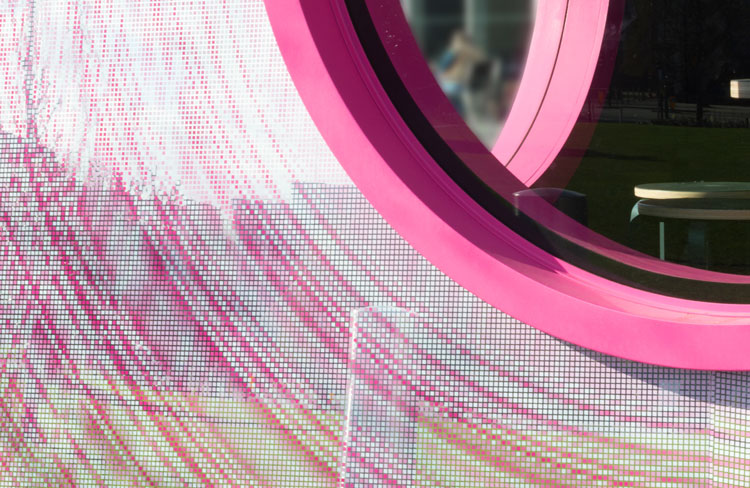 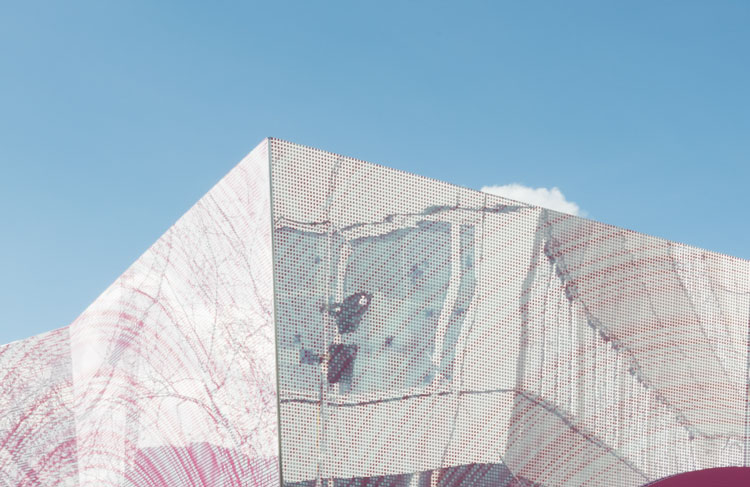 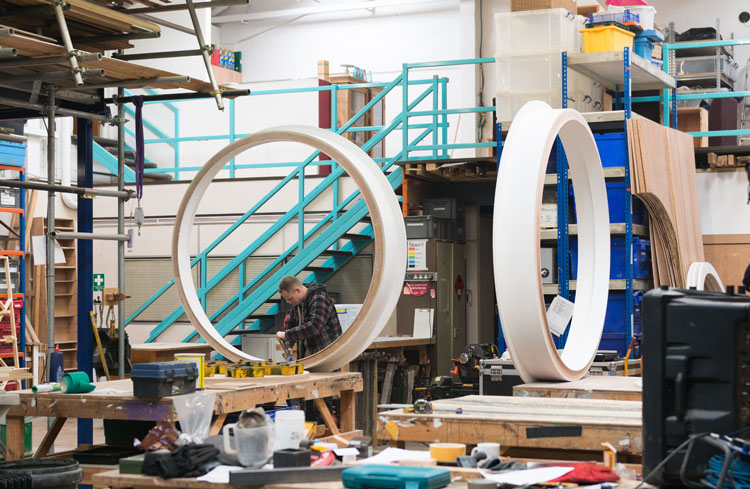 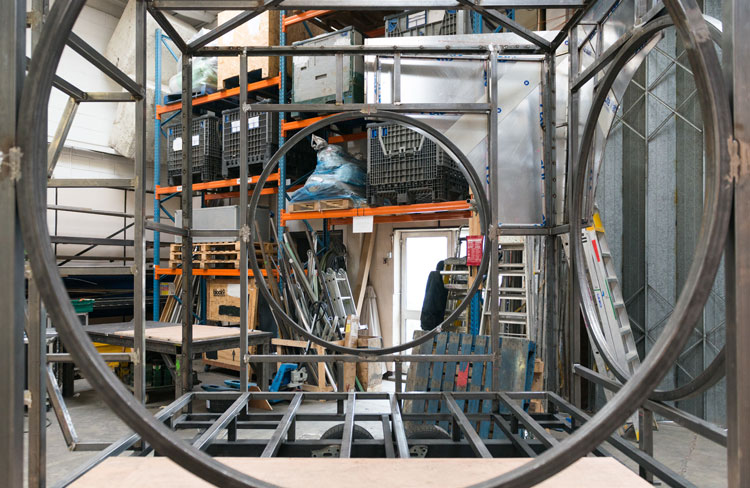 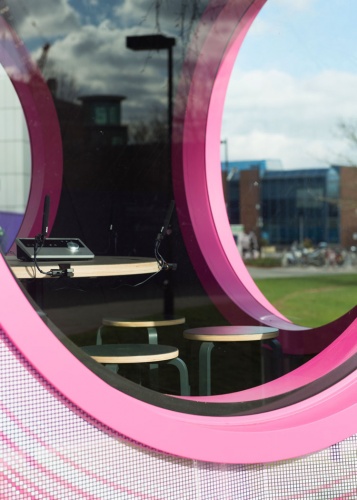