Design consultancy BarrettSF and digital production company The Studio have together created a children’s storybook parodying the rise of Donald Trump.

The Studio has created illustrations of caricatures of the 2016 presidential candidates, alongside their celebrity supporters. Trump himself is portrayed as a “boisterous and bullying pumpkin”, while Hillary Clinton is represented as a “powder-blue pantsuit” according to The Studio.

The book tells a “cautionary tale” of competition between “two big personalities”, and aims to be an accessible way of explaining the US election to children.

The book is available to buy from Amazon for £10. 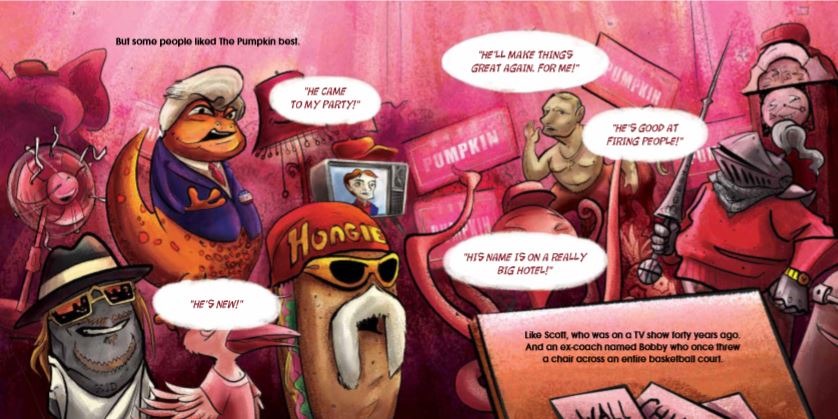