Music magazine NME has refreshed its look in line with relaunching itself as a free publication today.

The in-house team created the overall look and design for the new publication, while Studio Moross created bespoke typography, the headers and franchises (regular features such as “Things we like” and “Best Track”). The consultancy also designed illustrations for several of the box-outs such as “Famous Fan”, and the headline and cover lines for the new issue’s front cover, featuring Rihanna.

Freeborough says the redesign was about making the NME “really accessible, and less niche, but still keeping its attitude and edge”.

“I saw Kate’s work, such as on Disclosure’s album covers, and was a big fan of her typography,” says Freeborough. “I pitched the idea to NME editor-in-chief Mike Williams, and he loved the idea of including her – he wanted the magazine to feel quality and cool, but not too elitist.”

He adds that he wanted a structured magazine, but with “personality” in the headers and box-outs to “bring the pages to life”.

“I chose Helvetica across the board because it’s such a classic typeface,” says Freeborough. “I wanted all the personality to come through Kate’s headers. Her work has brought so much fun to each page of the magazine – I wanted it to be totally different.”

The magazine has relaunched itself as a “lifestyle” magazine, instead of being perceived as purely music. “A lot of people had an opinion of NME of ‘It’s only indie music’, and that’s what we’re trying to break,” says Freeborough. “We’ve always done other things like reviewed films.”

The new NME has launched nationwide, and readers can pick up copies from over 500 locations. A map on the magazine’s website shows readers where they can pick up their nearest copy. 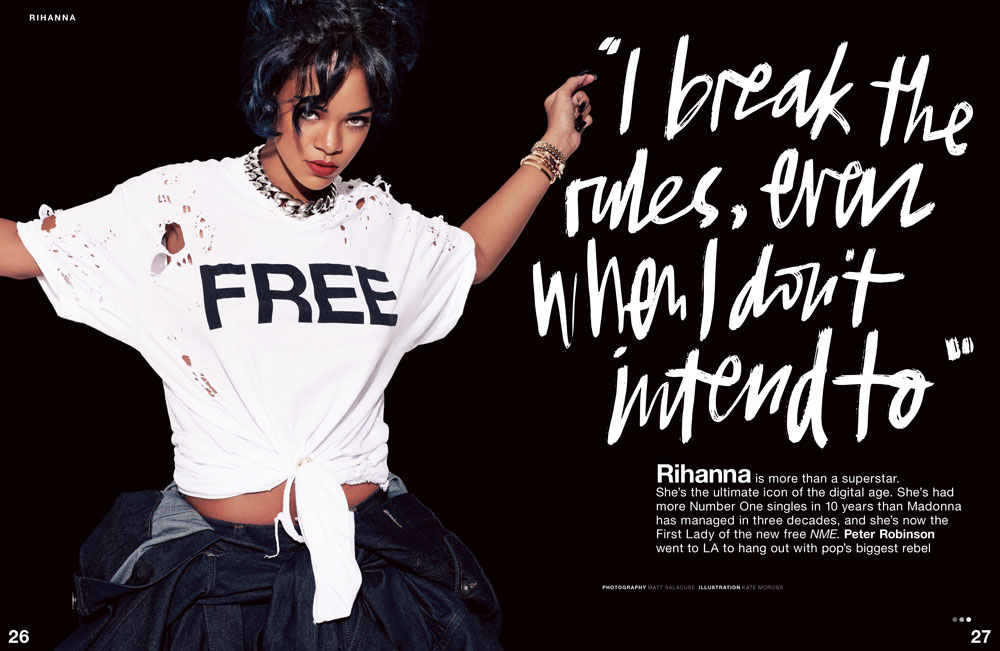 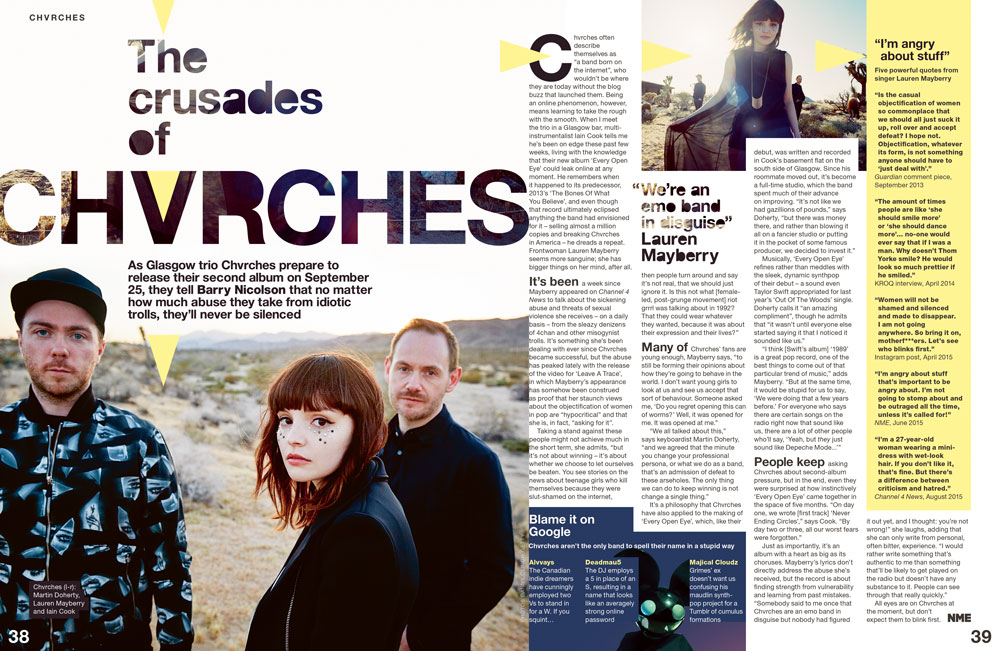 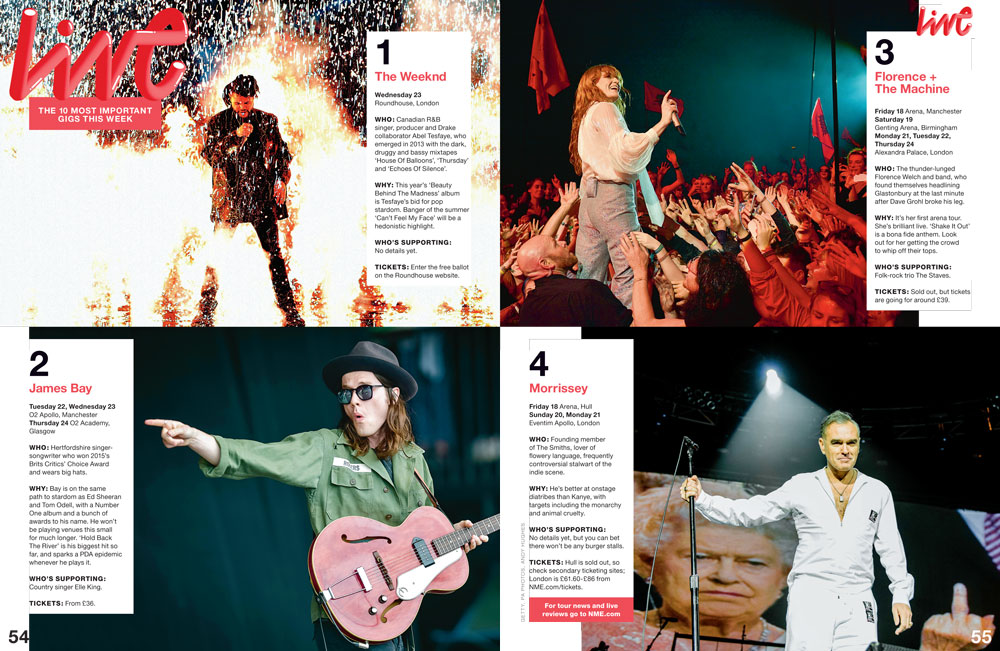 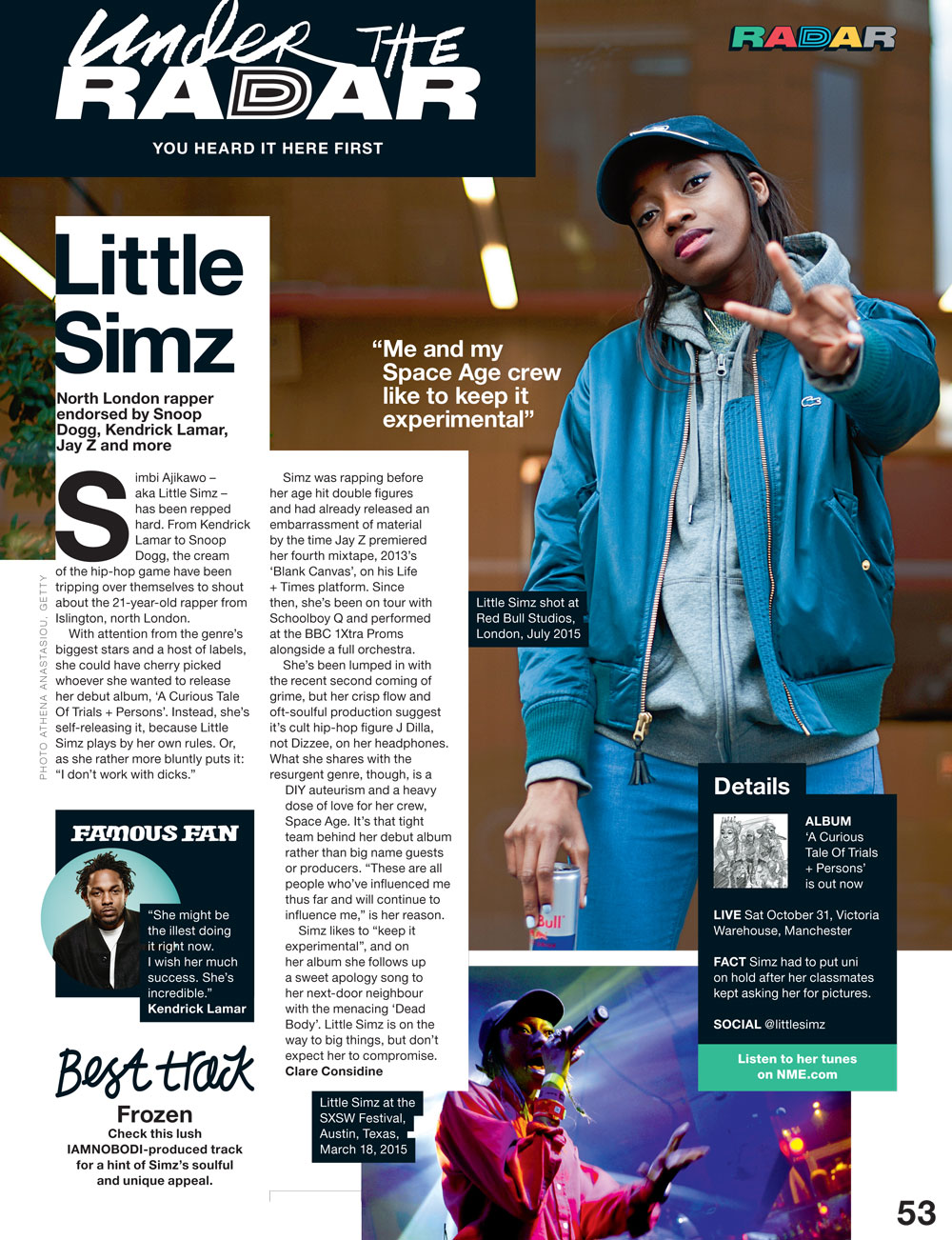 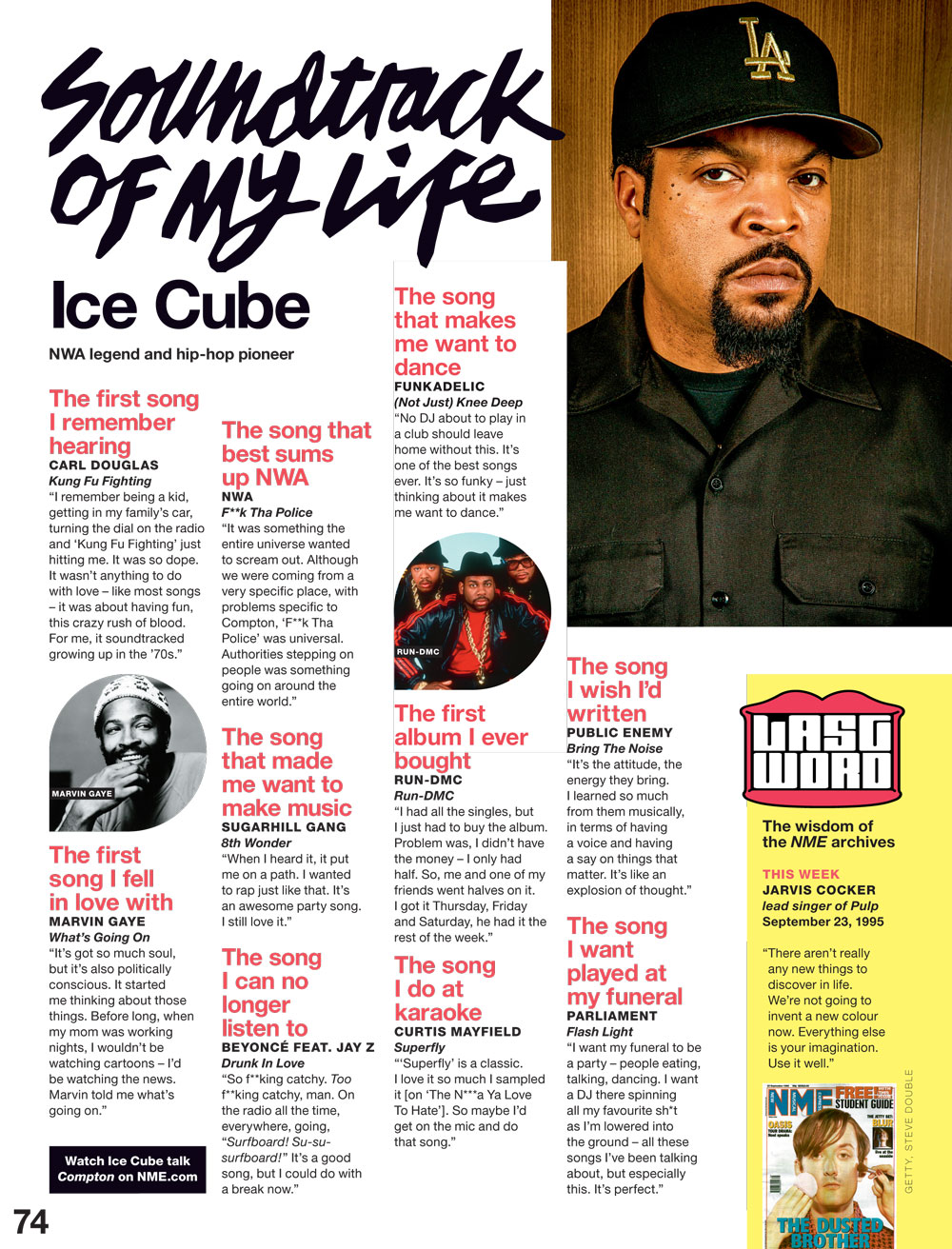 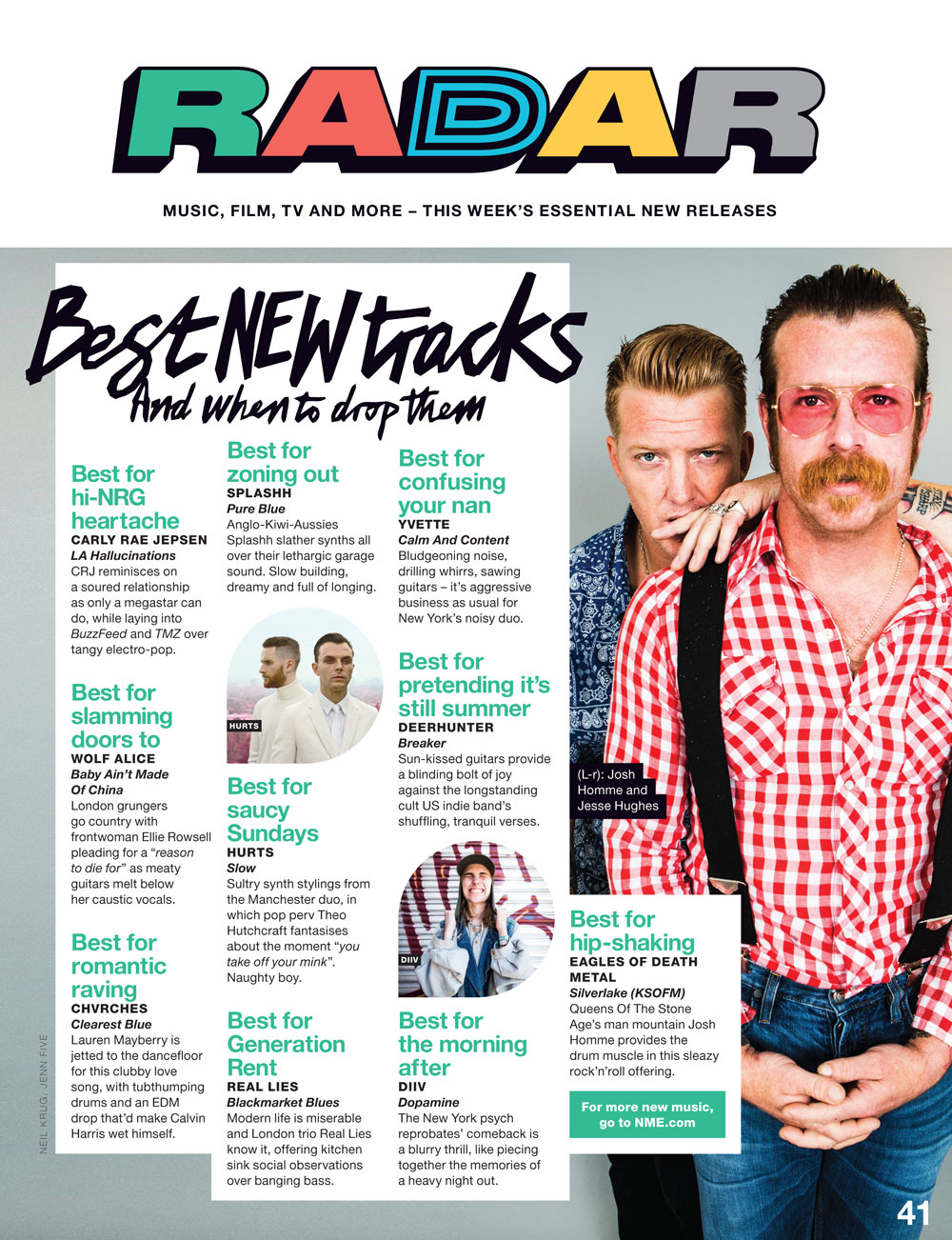 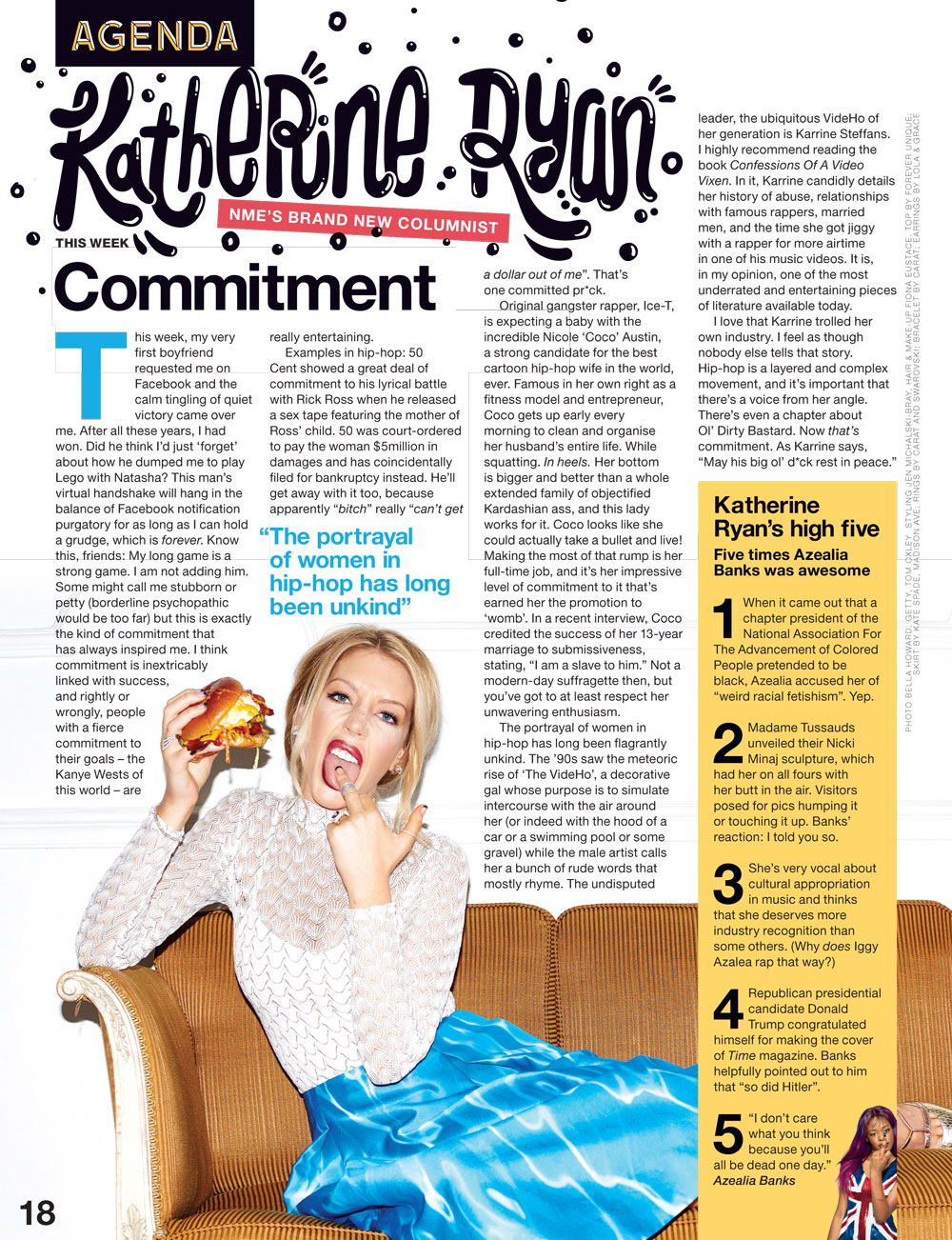 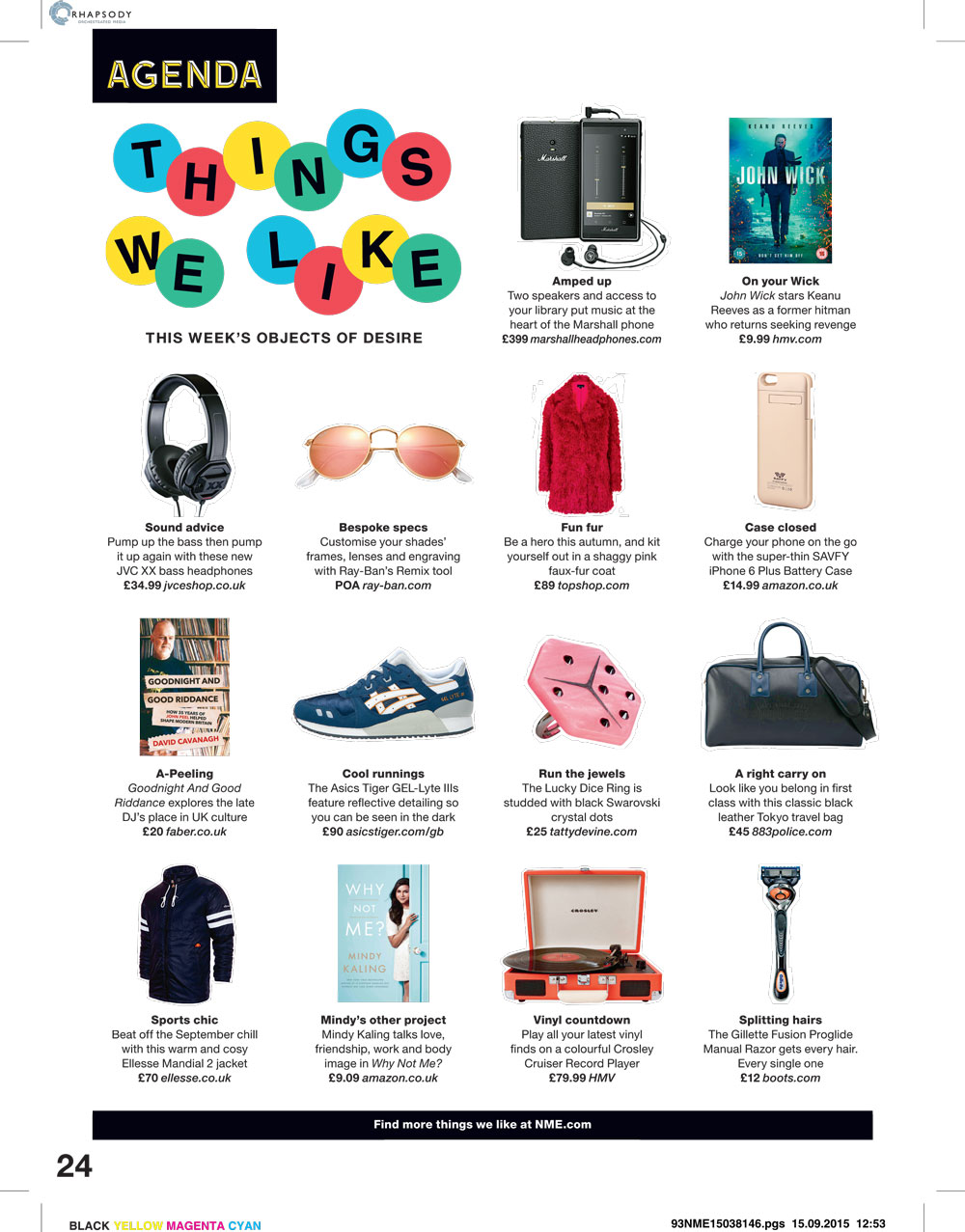 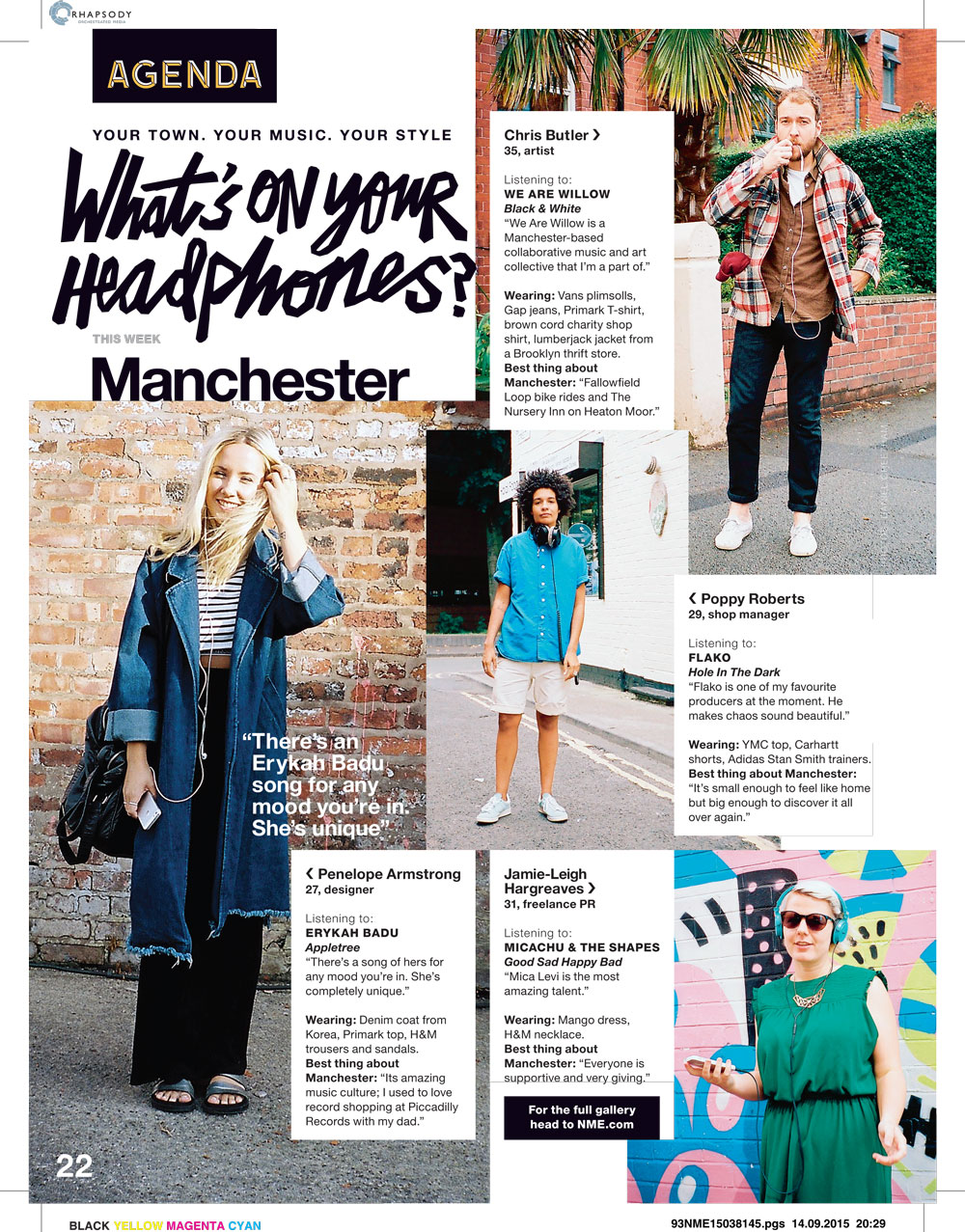 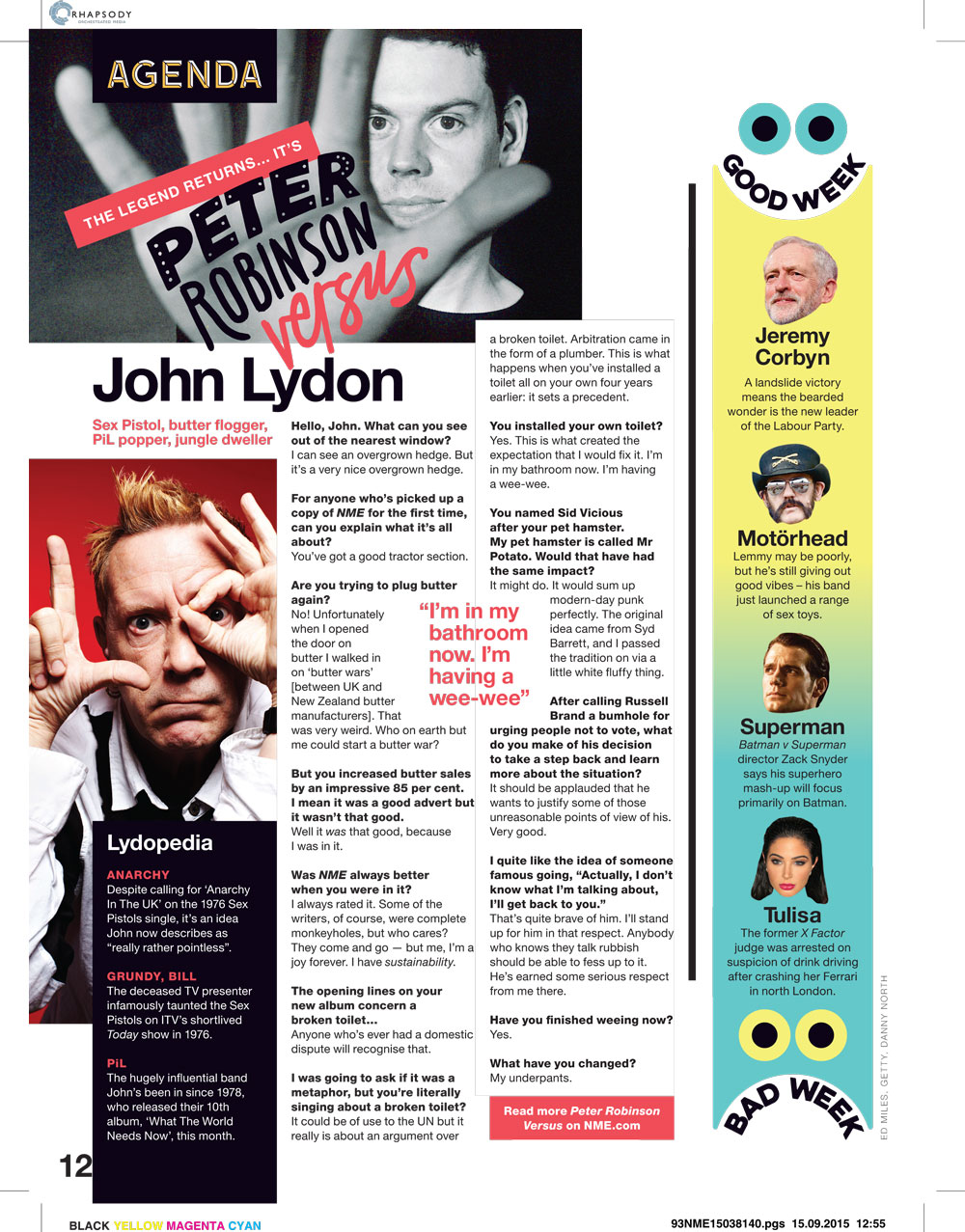 All images courtesy of NME Magazine