Turner-prize nominee, Yinka Shonibare MBE RA, has created a dynamic piece of public art to wrap around Burlington Gardens while it undergoes redevelopment.

Burlington Gardens was acquired by the Royal Academy of Arts in 2001 and its redevelopment is being undertaken in the lead up to the RA’s 250th anniversary in 2018.

Shonibare’s wrap, RA Family Album, is made up of over 160 contemporary and archival black and white photographs of people who have contributed to the RA’s creativity. Despite many well-known faces appearing on the wrap – including Sir David Attenborough, Mary Beard and Dame Vivienne Westwood – Shonibare says that the colourful paint adorning the top of the piece “democratically drips on everyone.”

The 71m design is available for all to see, however, it is also possible to digitally explore Shonibare’s work and find out more about the piece on the RA’s website. 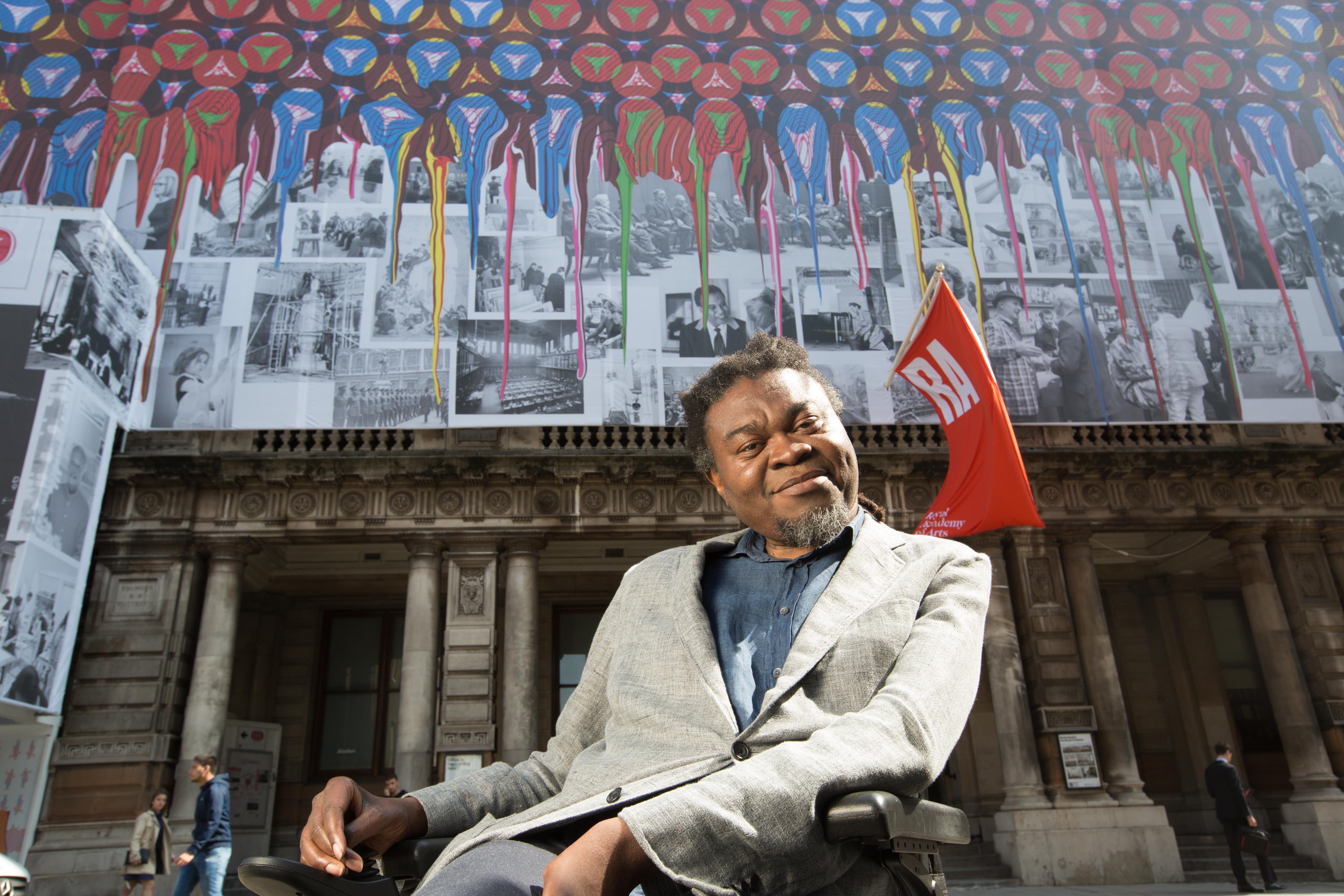 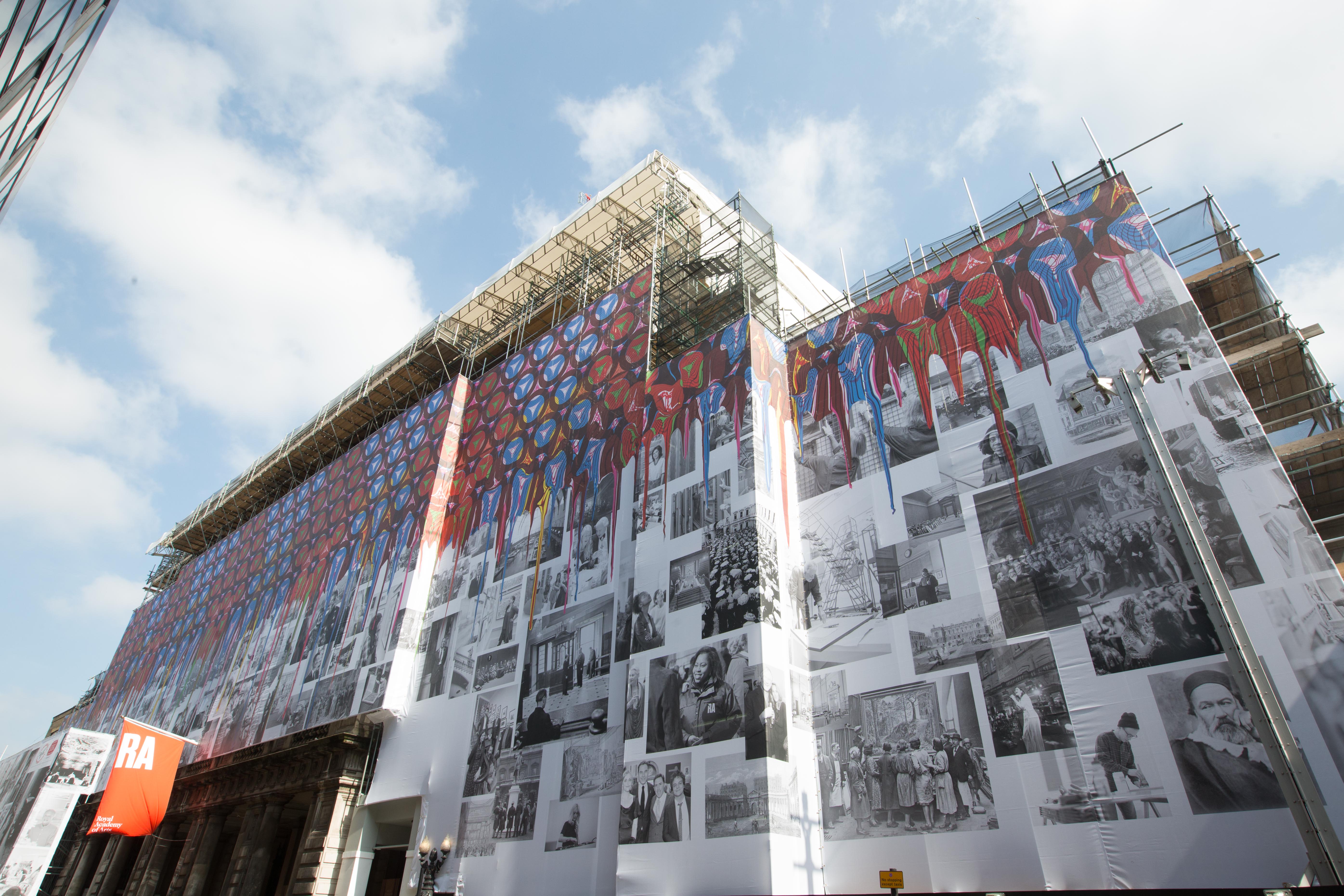