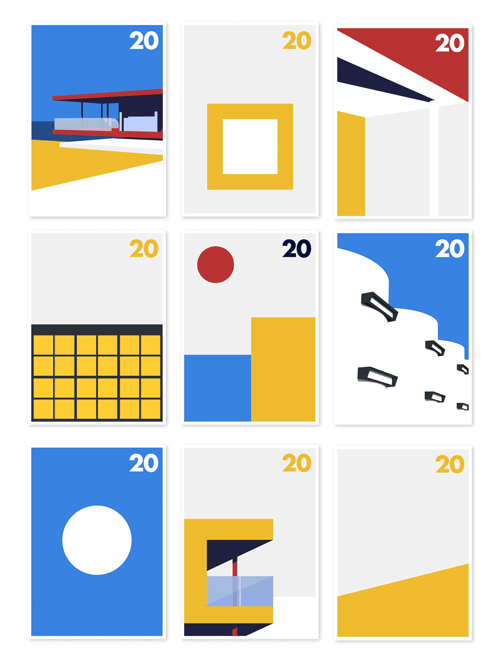 The campaign takes the form of a series of nine simple, block-coloured GIFs based on Shedkm’s architectural projects from over the last 20 years.

A new website for the architectural practice has also now launched. See all of the GIFs here.