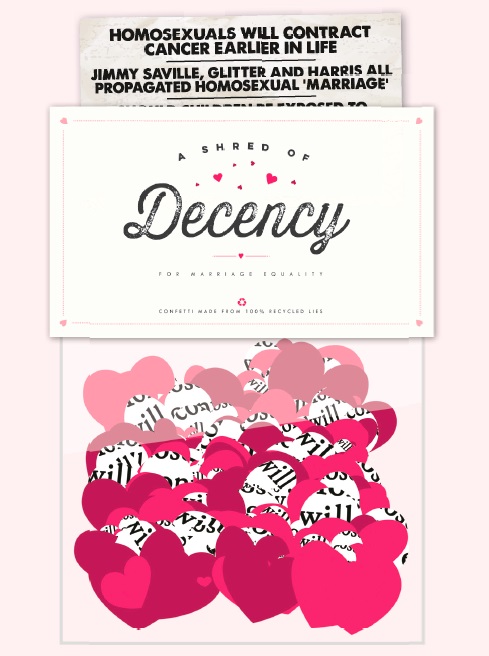 Irish consultancy ROTHCO has worked with paper company Daintree to create the Shred of Decency campaign, in support of same-sex marriage in the Republic of Ireland.

Ahead of the referendum on same-sex marriage on 22 May, the campaign sees flyers distributed by the No campaign turned into confetti.

The consultancy says it has focused on flyers “which contain factually incorrect statements such as, ‘They [homosexuals] will contract cancer earlier in life’.”