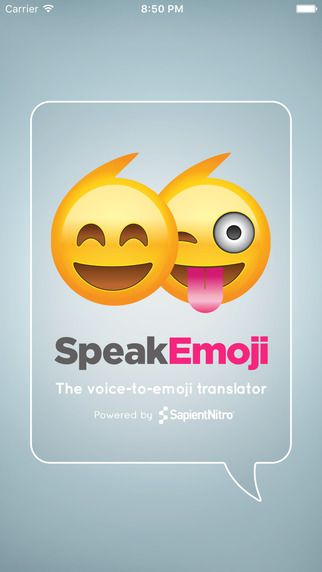 SapientNitro has created an app, which it hopes will allow parents to communicate with their children this Christmas, even if they are glued to their phones.

Mark Hunter, executive creative director at SapientNitro says: “To celebrate what will undoubtedly go down as the year of the emoji, we created SpeakEmoji, a voice-to-emoji translator that ensures it’s not just teenagers having all the fun. Now even those of us who’ve yet to master the art of quickly locating the perfect emoji on the keyboard can join the conversation.”

The app is available Apple and Android.