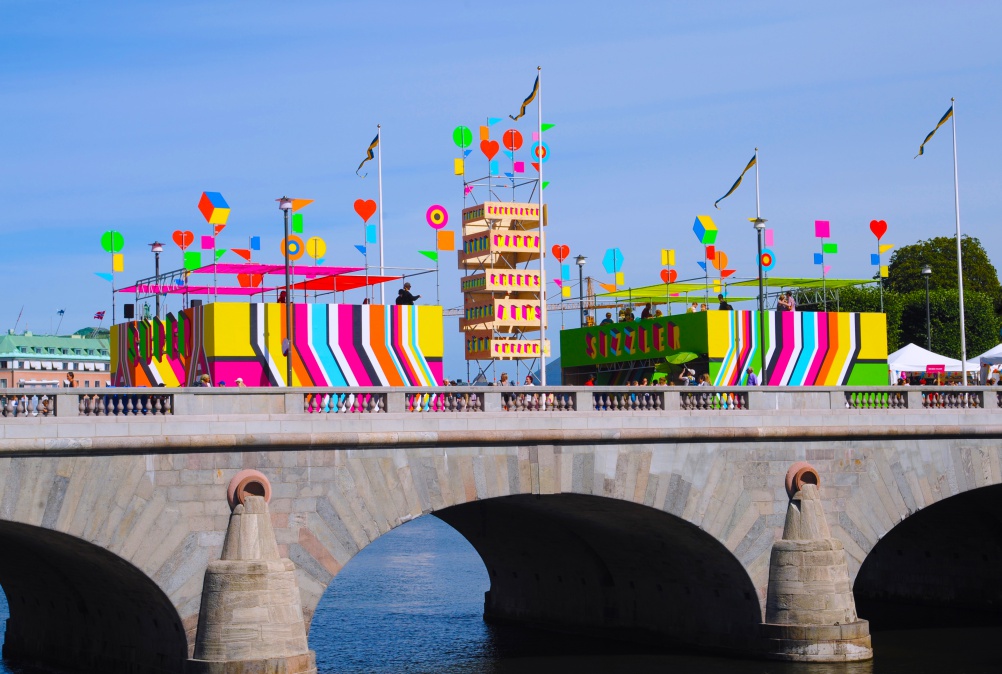 Morag Myerscough and Luke Morgan have created a 10m-high temporary “Superstructure” on Stockholm’s Norrbro Bridge as part of the Swedish capital’s Kulturfestival.

Myerscough and Morgan were commissioned by The British Council and Claes Karlsson, creative director of the Festival, to design a structure that was eyecatching and fun and at the same time functional.

The pair enlisted poet Yemisi Blake, who went to Stockholm and worked with the young people at 2:a Hemmet — Ungdomens Hus in Skärholmen to create a series of four- word poems using Swedish and English. Twenty poems were created four were chosen for the totem.

Myerscough and Morgan say: ‘Our work often incorporates public engagement and as this was such a prominent piece in the middle of the city we wanted to involve people wherever possible.”

“Even though there were time constraints we wanted to hand-paint as many elements as possible. The City of Stockholm offices are in old warehouses and this allowed us to set up a painting workshop for the summer.

“The City of Stockholm arranged for two recent graduates, Olle Ardman & Björn Krogvig, from the Konstfack to run the workshops for us when we were not there with a team of paid young summer workers.

“Morag went and set the workshop up and showed all the techniques and provided all the stencils for painting and then the team in the workshop got in production over a three-week period. Young people who had never painted before really enjoyed the whole experience.” 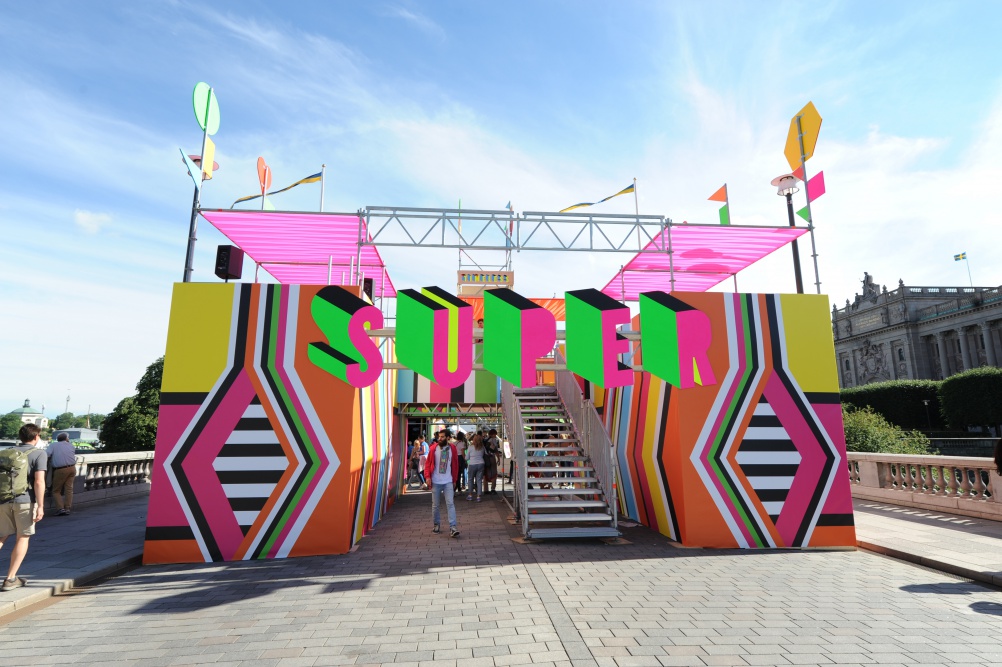 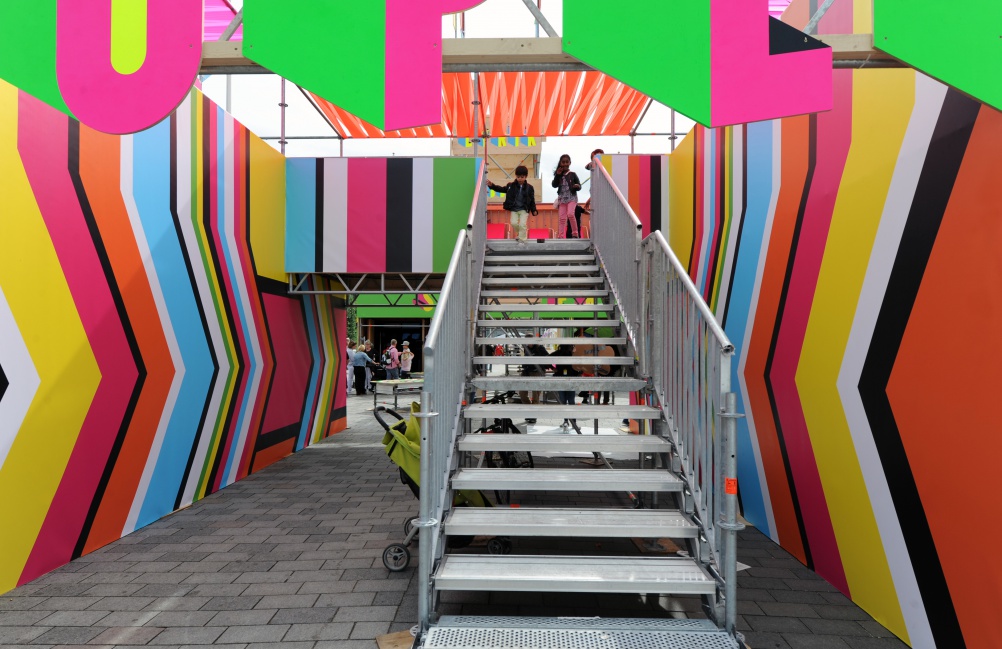 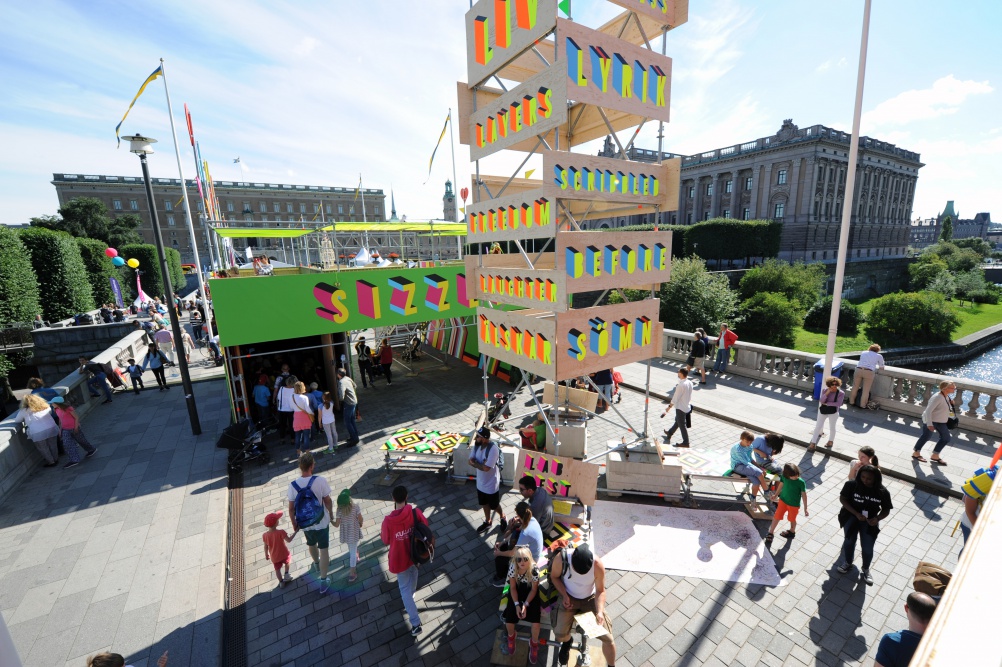 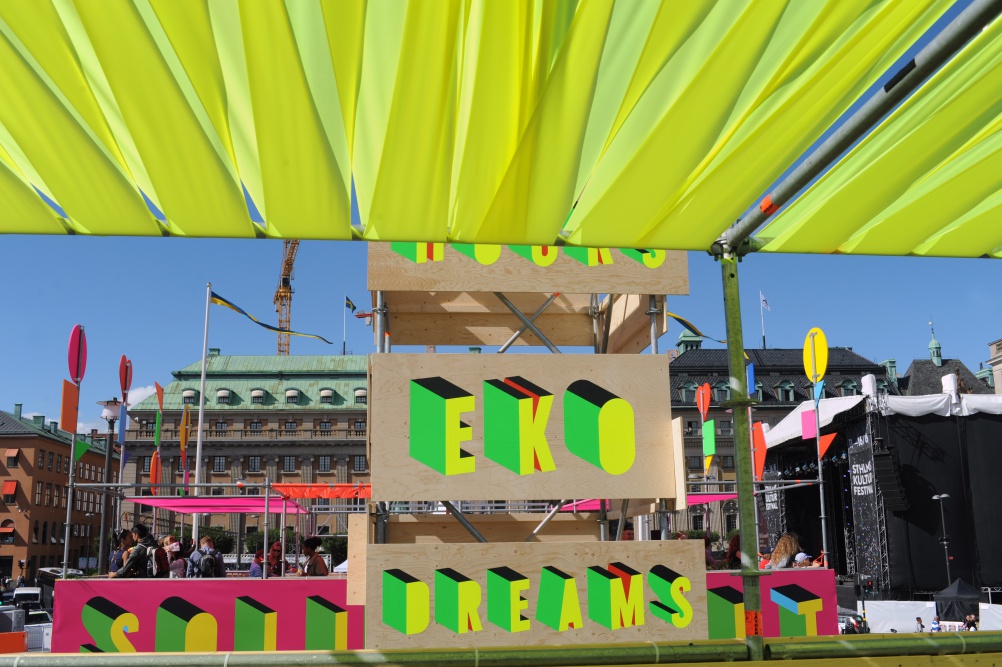 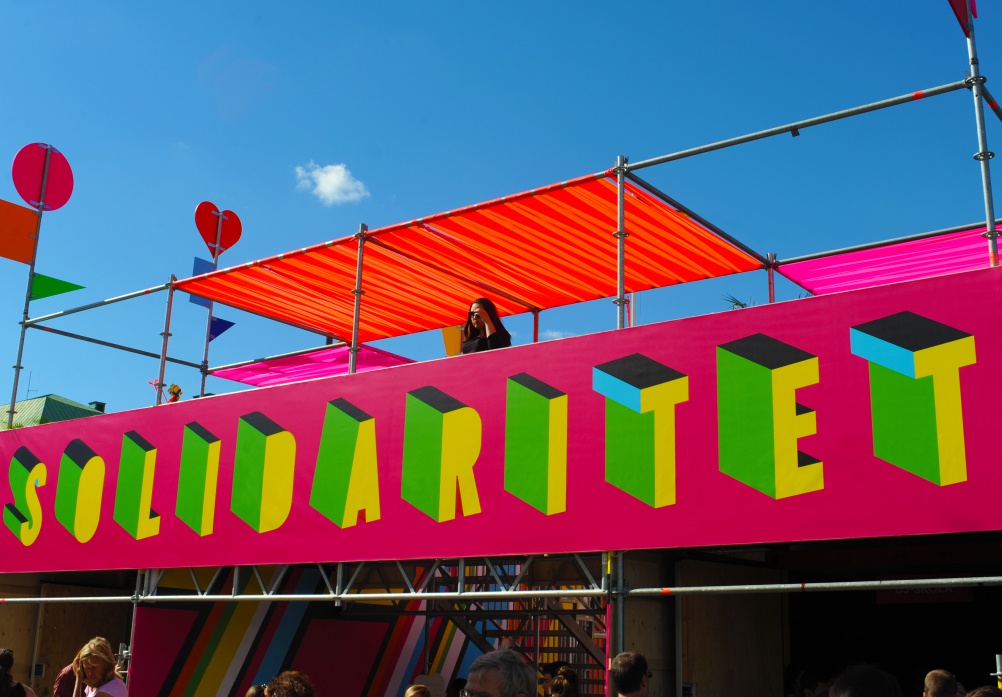 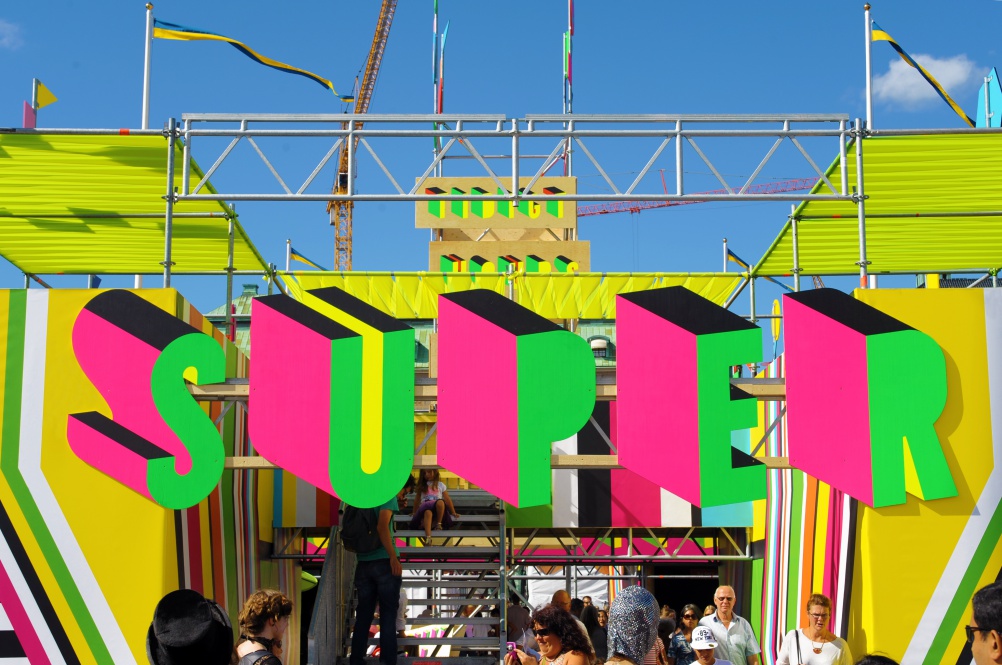