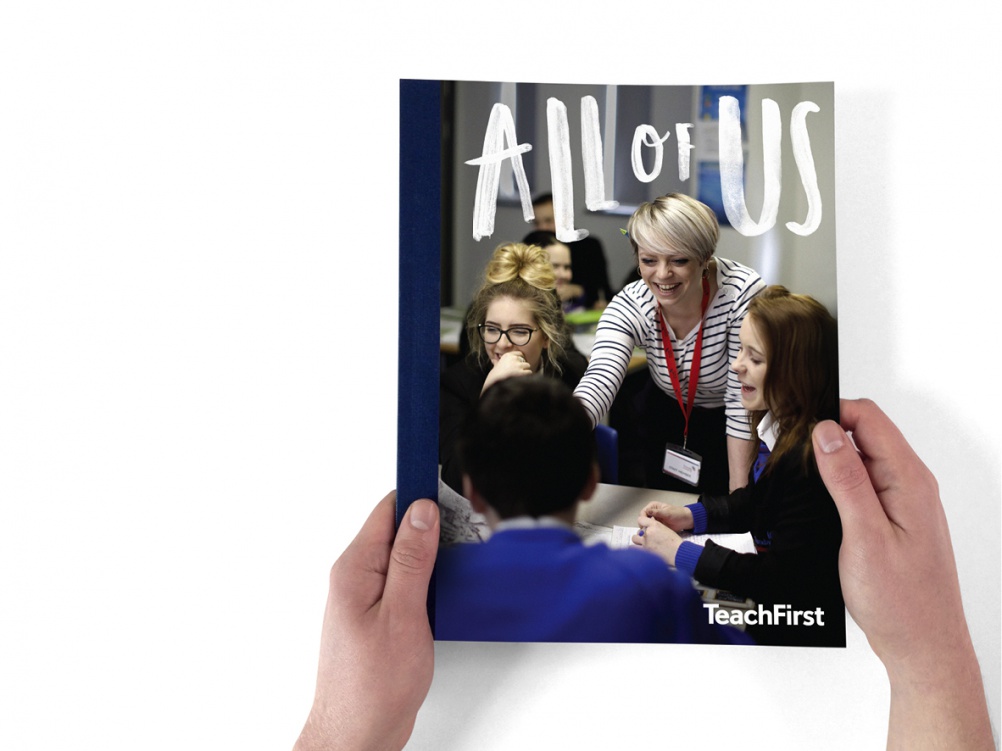 Interabang has designed an annual report for charity Teach First called All of Us. The charity believes in “educational equality” and the focus of the report is to show how a whole community of people educates a child according to the consultancy, which has profiled teachers, pupils, ambassadors and other stakeholders. Handwriting and illustration have given it a “lively and eclectic feel” and large breakout quotes have been used as divider sections, says Interabang director Adam Giles. Some financials have been illustrated and the format is oversized in reference to school sketchpads. It has been reinforced by linen binding on the spine. 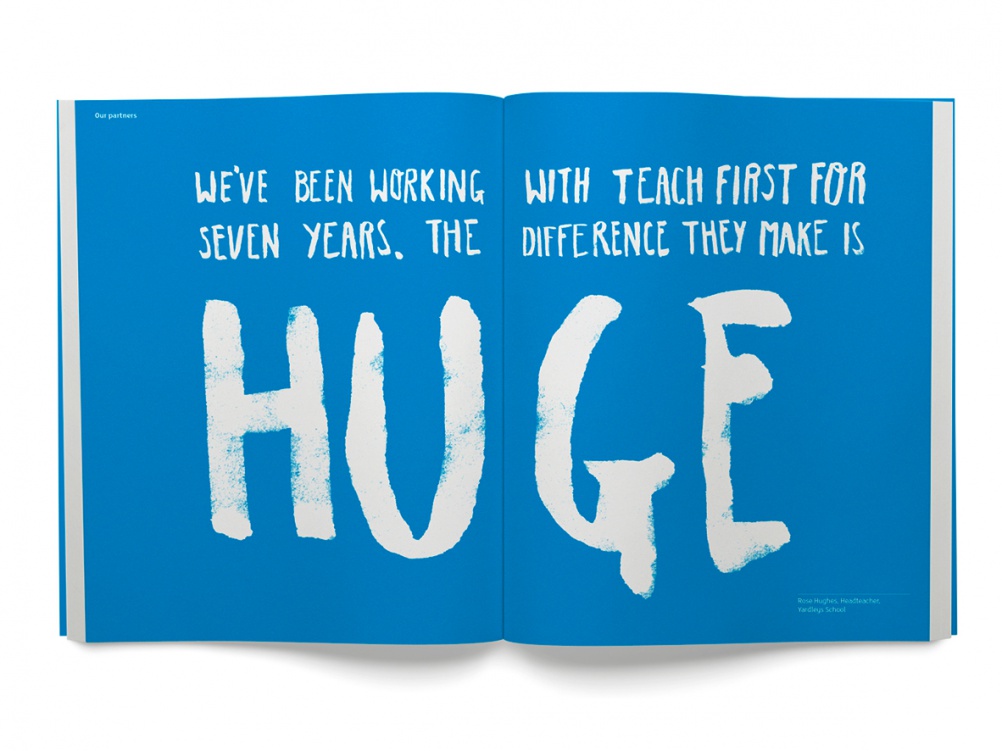 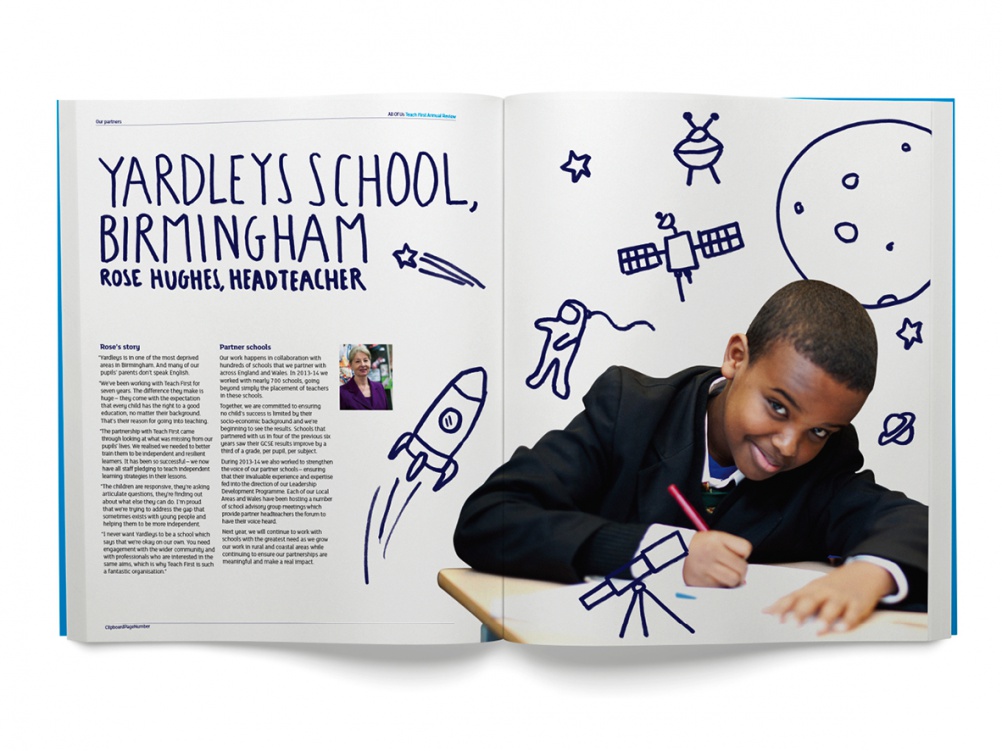 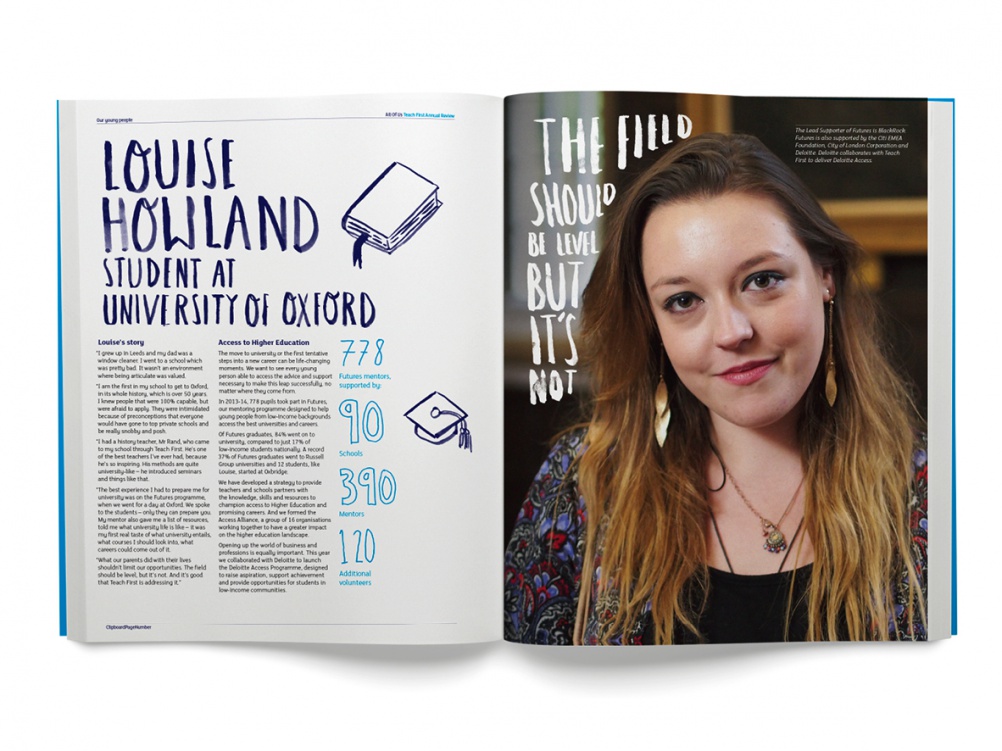 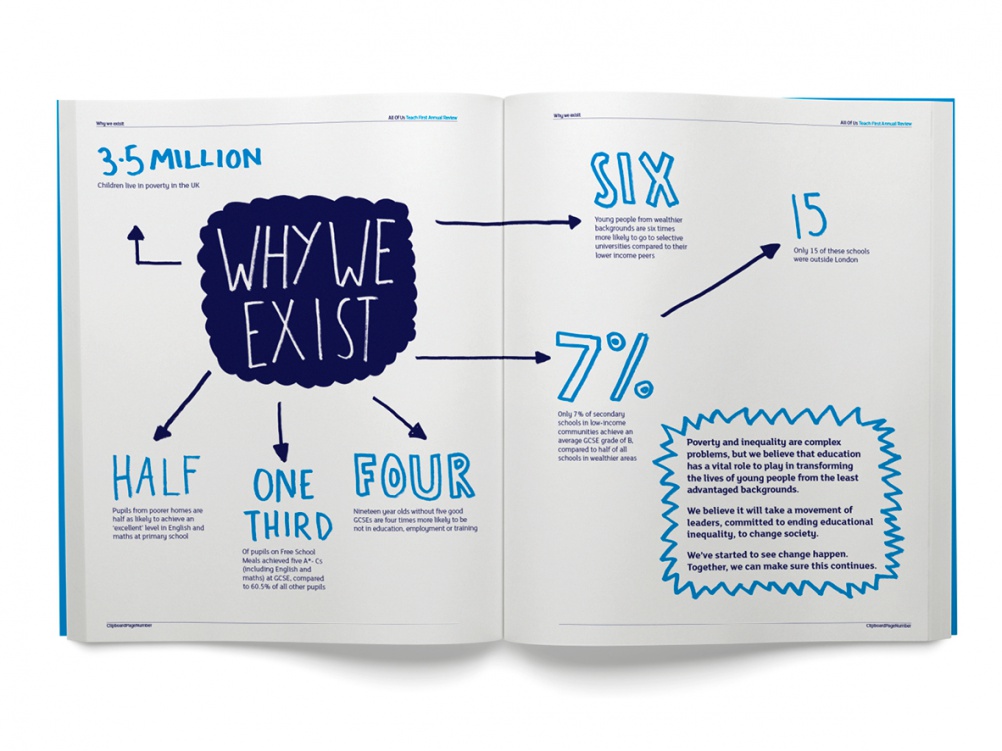