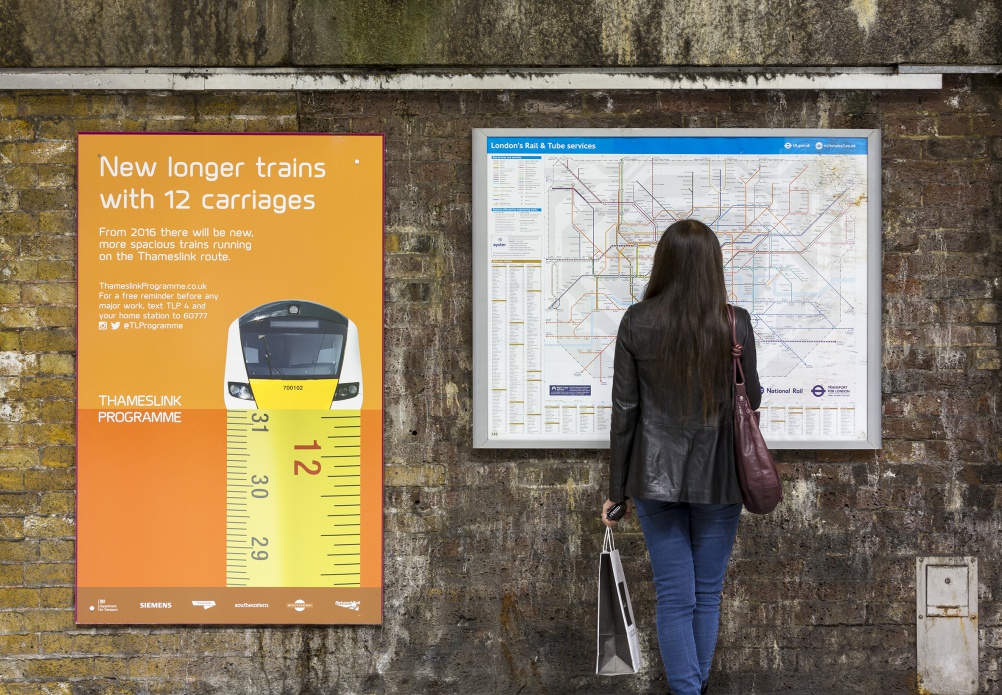 The redevelopment programme to the London rail network will see several stations, such as London Bridge, Blackfriars and Farringdon, completely redeveloped.

The Partners says: “We took inspiration from the idea of connecting North and South through the heart of London and the Thames.

“We developed a brand that is built on the contrast and synergy between its equal halves. We designed numerous photographic combinations of metaphorical objects and landmarks along the route, paired with rail imagery to express the everyday human benefits of the network and future changes.”

The consultancy adds: “To reinforce the positive personality of the brand, we introduced a bright colour palette and simplified identity, so that it is now taking its rightful place among its iconic peers – TfL and Crossrail.” 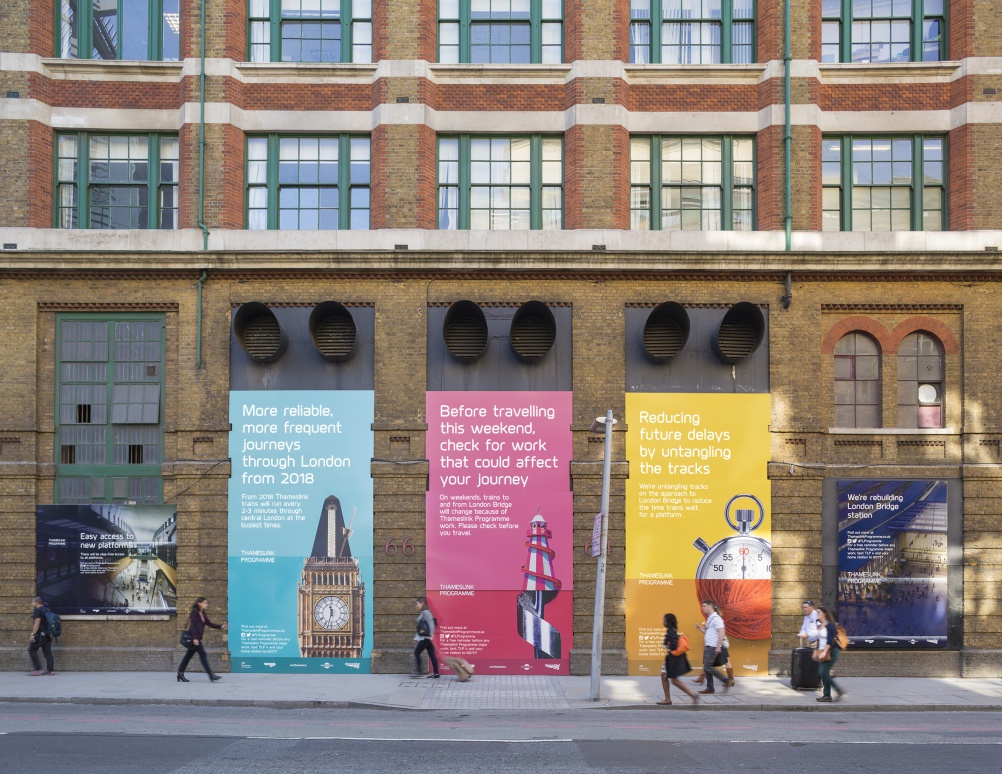 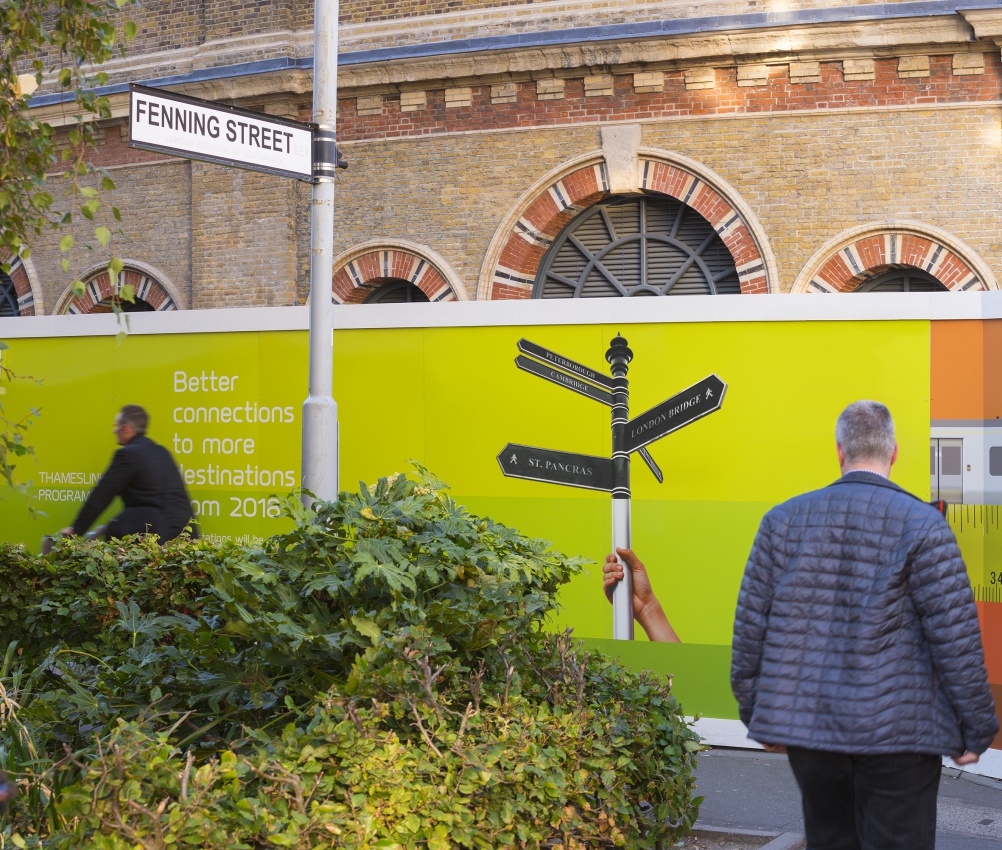 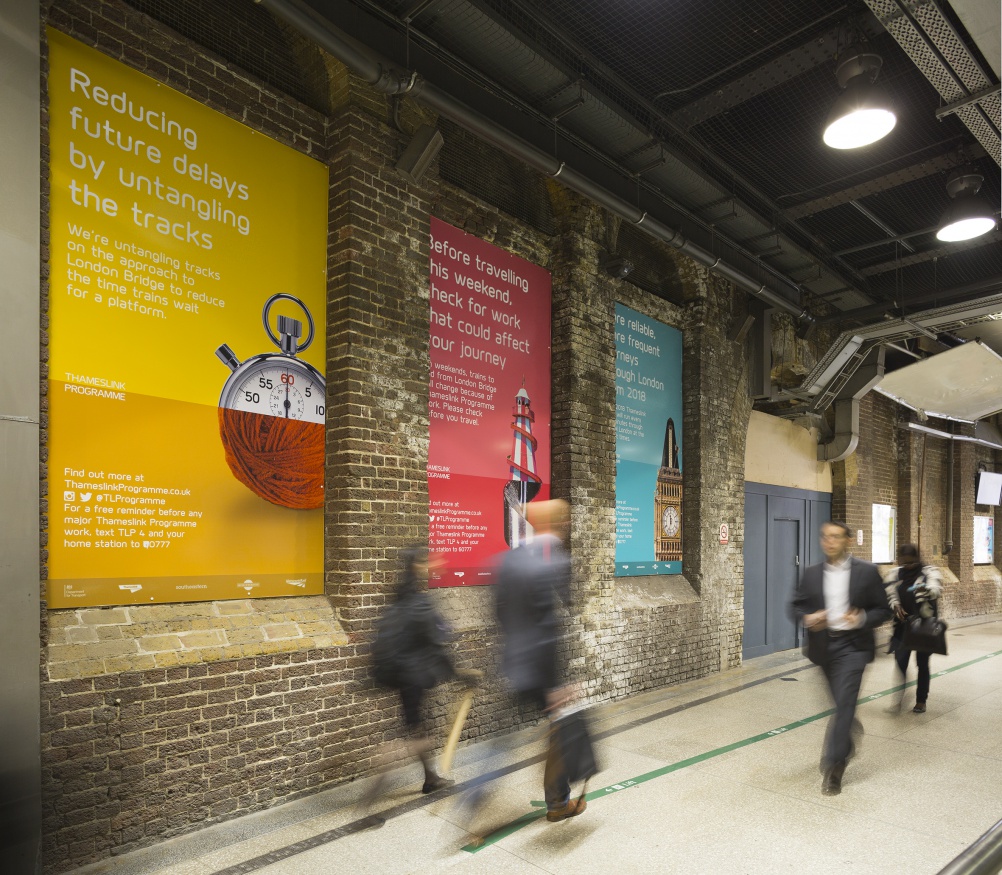 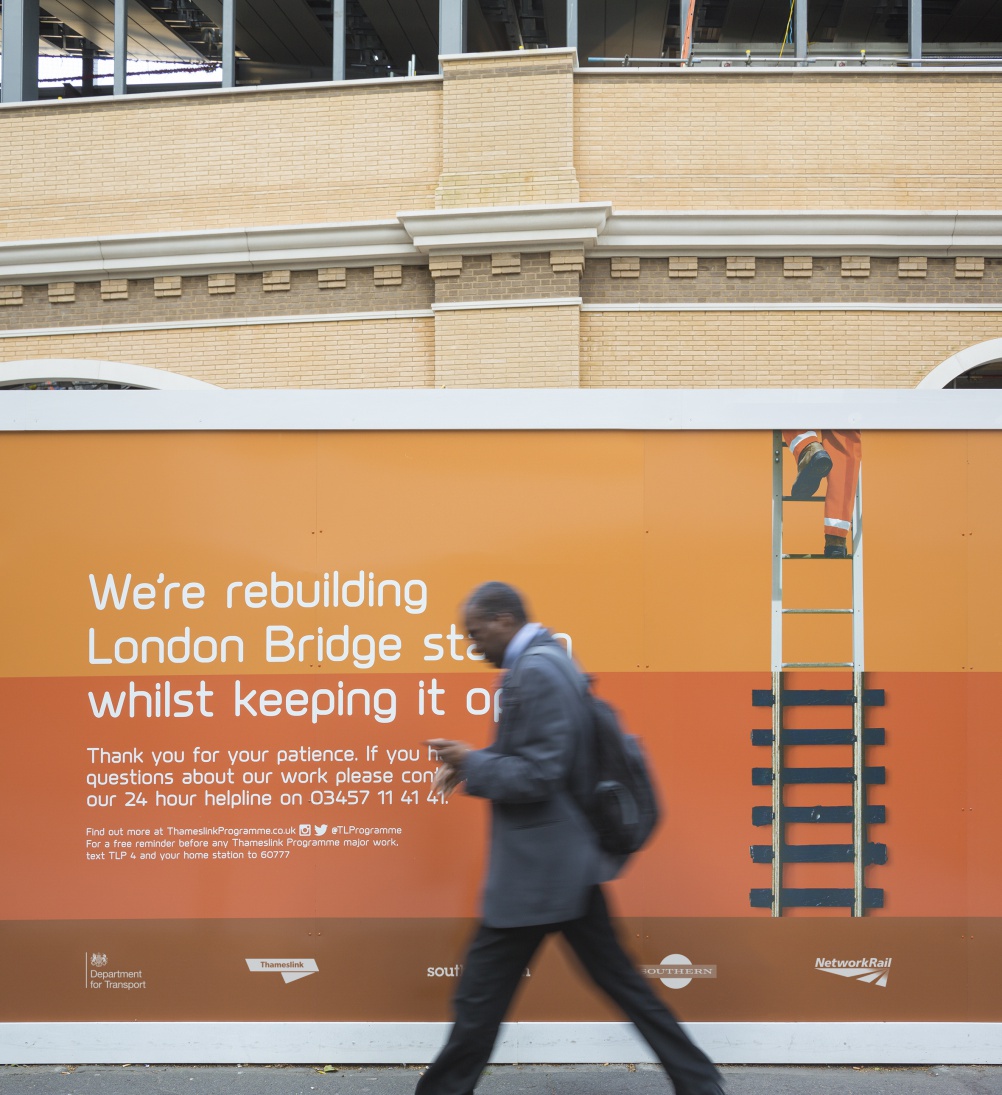