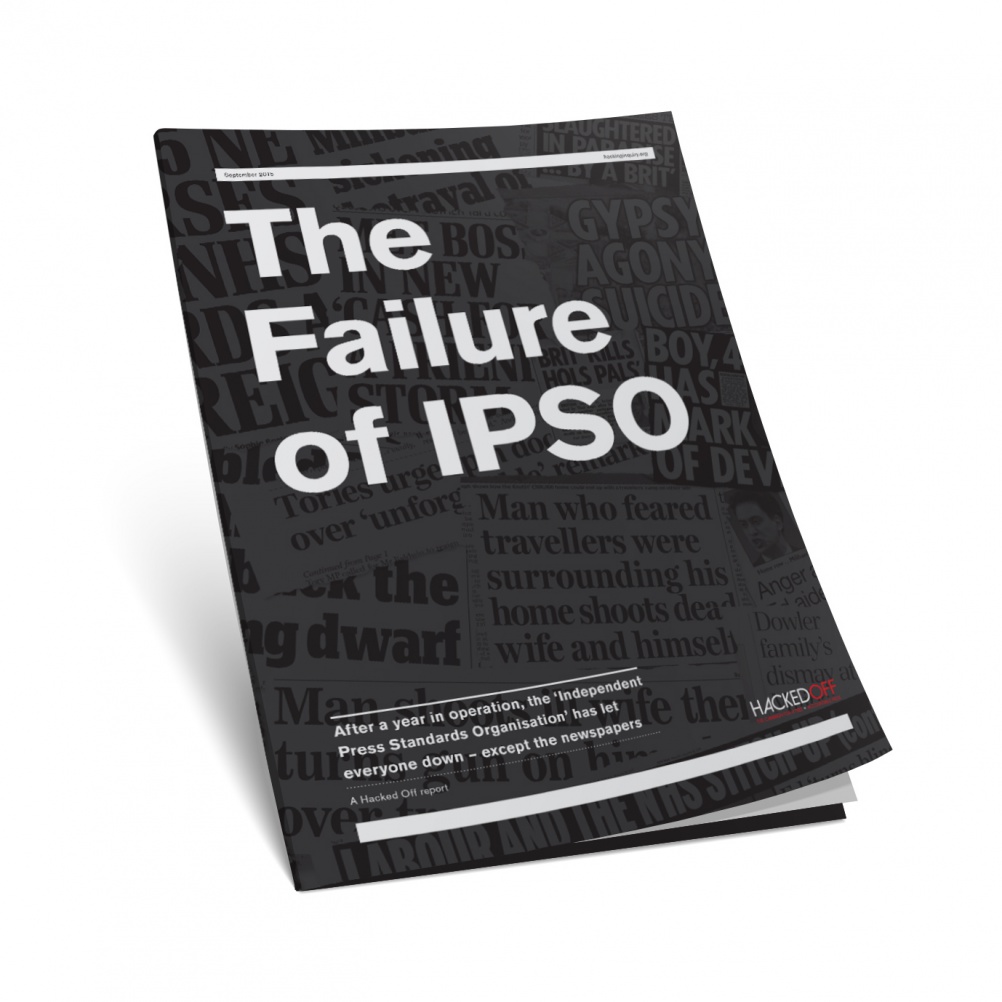 Mr Gresty has designed a report for pressure group Hacked Off entitled The Failure of IPSO, which details what Hacked Off understands to be the failings of IPSO following the Leverson enquiry.

The Leverson Enquiry into press regulation led to the PCC being replaced by IPSO. Hacked Off’s report claims that little has changed and the dossier compiles examples of what it sees as the the press abusing its position.

“I have designed it all to fit into an aptly named brochure, ‘The Failure of IPSO'”, says Gresty, who has worked within a pink, black and white palette.

He has also designed banners which were used at a protest this week to mark IPSO’s first anniversary. 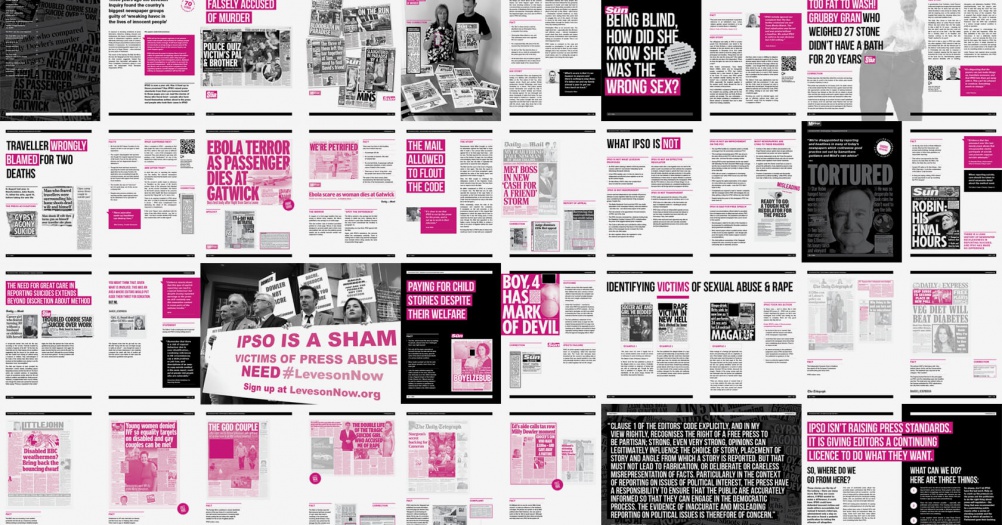 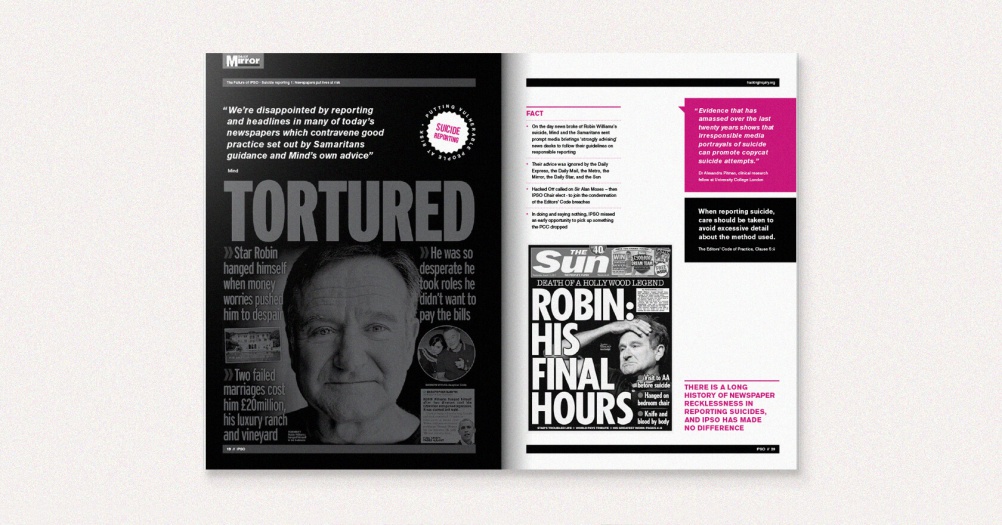 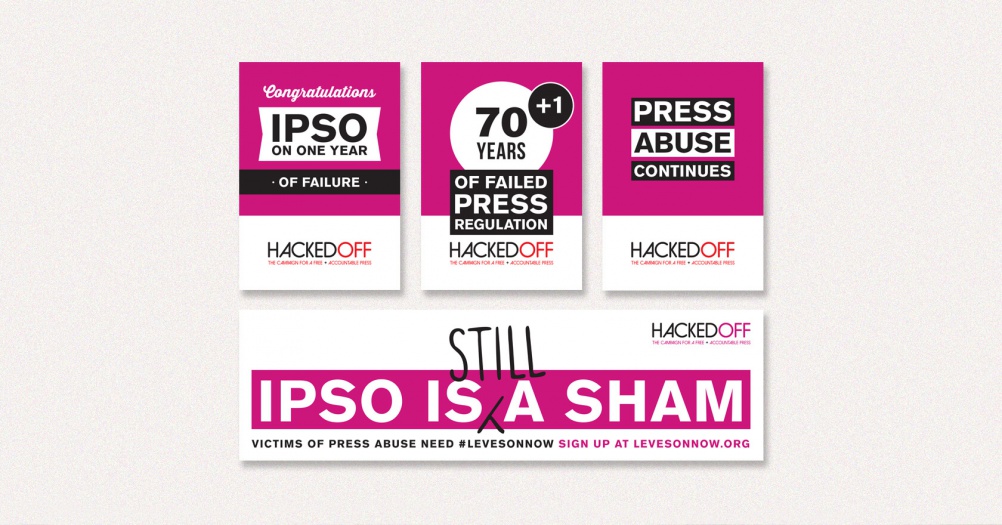 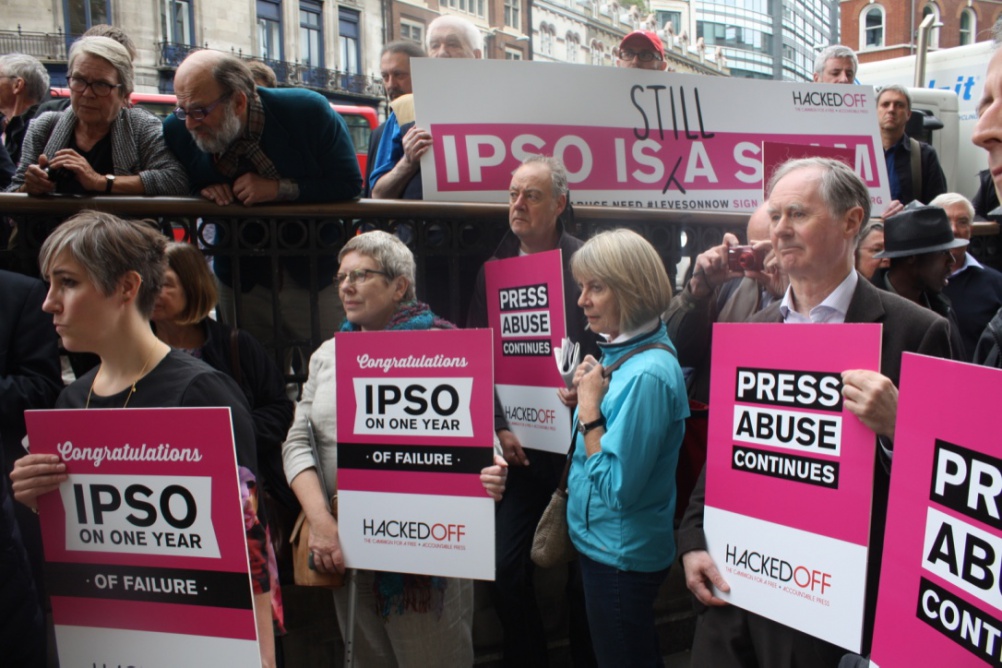